Dirty snowballs. The nickname suits the ice-cores of comets—but not their insanity. Comets spew booze, destroy each other, and outgrow the Sun. They also touch Earth. Twice a year, the planet passes through Halley’s comet with magical results. But not all encounters are so benevolent. One comet nuked a village and others brought disaster on a scale that humanity isn’t prepared for. 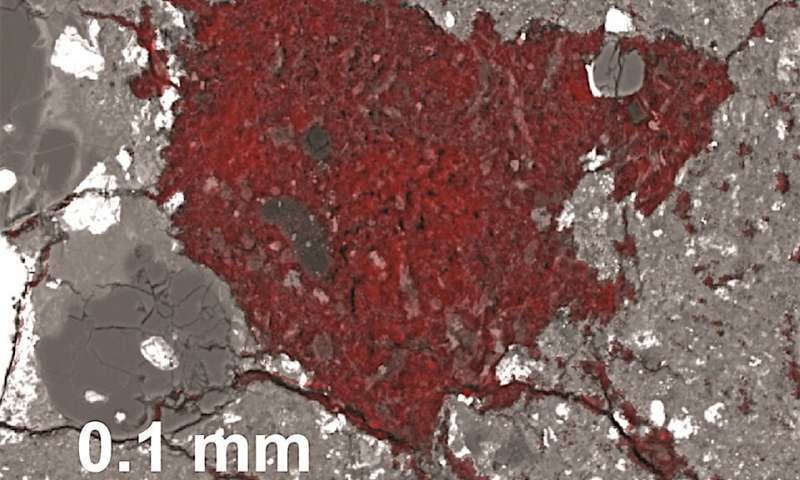 Scientists love meteorites. Their chemicals describe the solar system’s history. When one was found in Antarctica, they combed through the rock to determine its composition—and got more than they bargained for. The meteorite contained a comet.

The comet, a mere speck, was older than the mountains. Heck, it was older than the solar system. Born of the same dust disk that would later form the planets, the comet zipped along the outer edge of this ring. The icy ball was pulled inward and then smashed into the meteorite.

The collision destroyed the comet. Fortunately, a speck merged with the meteorite. The rock protected the fragment throughout the ages and during the entry into Earth’s atmosphere. With the comet’s original chemicals intact, scientists were treated to a naked look at which materials swirled around in space long before the solar system existed.[1]

9 We Pass Through Halley’s Comet Every Year

You’re not a fan of dirty snowballs unless Halley’s comet strikes a nerve. Famous and magnificent, the comet appears every 76 years. The last time was in 1986 and those who wish to see it must wait another 40 years (that’s the nerve-striking part). Until then, addicts can enjoy the comet in a spectacular way every year.

Halley’s comet left a dust trail. When the planet swings through this cloud from April 19 to May 28, it causes the annual Eta Aquariid meteor shower. Around May 6, the shower peaks and as many as 40 meteors per hour rain down in the atmosphere. In October, the planet once again passes through the dust and brings the so-called Orionid shower.[2] 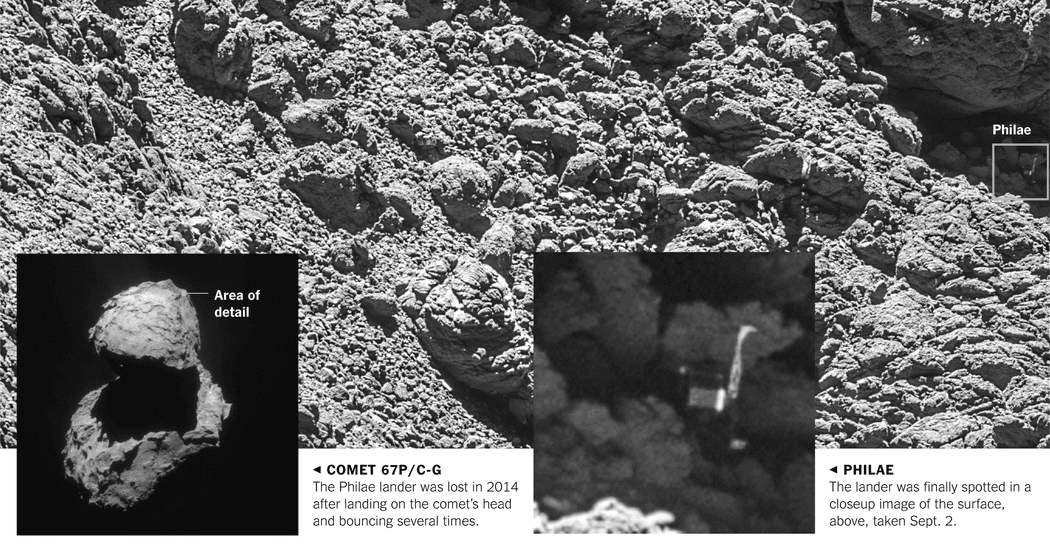 Every space project has fans. But the lander Philae gathered a dedicated following. The interest grew from its unique mission. Philae was going to land on a comet.

In 2014, it piggybacked on the Rosetta space probe to reach a comet called 67P. Upon arrival, the lander dislodged and fell for seven hours. The landing was a disaster. Philae tumbled into the shadow of a cliff that blocked the solar panels from recharging. After 57 hours, it went into hibernation.

Six months later, comet 67P approached the Sun. Philae recharged and send a single message back to Earth but then fell quiet again. Eventually, almost two years after the lander made history and promptly went missing, Rosetta found its companion wedged inside a crack. The upside-down Philae looked like a dead roach, with its legs sticking from the crevice but at least, according to the European Space Agency, finding Philae brought “huge emotional closure” to its fans.[3] 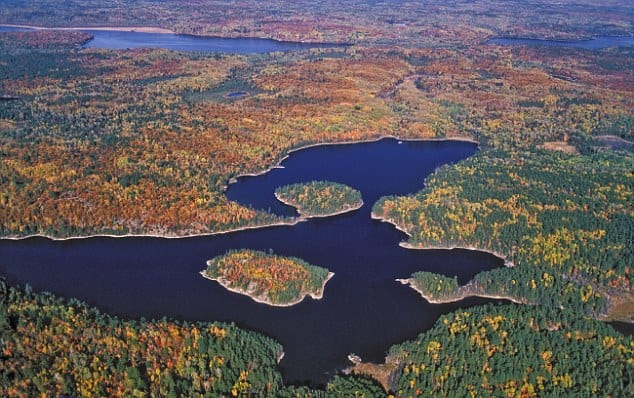 Canada has the second-biggest dent from space. Around 1.8 billion years ago, something slammed into future Ontario and created the Sudbury Basin. Shaped like an oval, the crater measures 60 by 30 kilometers (37 by 18 miles).

Hundreds of scientific papers followed but the case wasn’t solved until somebody looked at the chemistry of the rocks inside the crater. The key was iron-loving elements. Earth pulls these towards its core, so they aren’t abundant on the surface. When you do find them in spades, that means that either a comet or an asteroid smashed them into the upper layer of the planet. Since asteroids bring a higher concentration of iron-loving elements, it’s possible to see which object caused an impact.

In this case, it was a massive comet. When it collided with the Earth, the event ripped a hole bigger than the Basin, a stunning 150 kilometers (93 miles) across. Erosion eventually whittled it down to its modern size.[4] 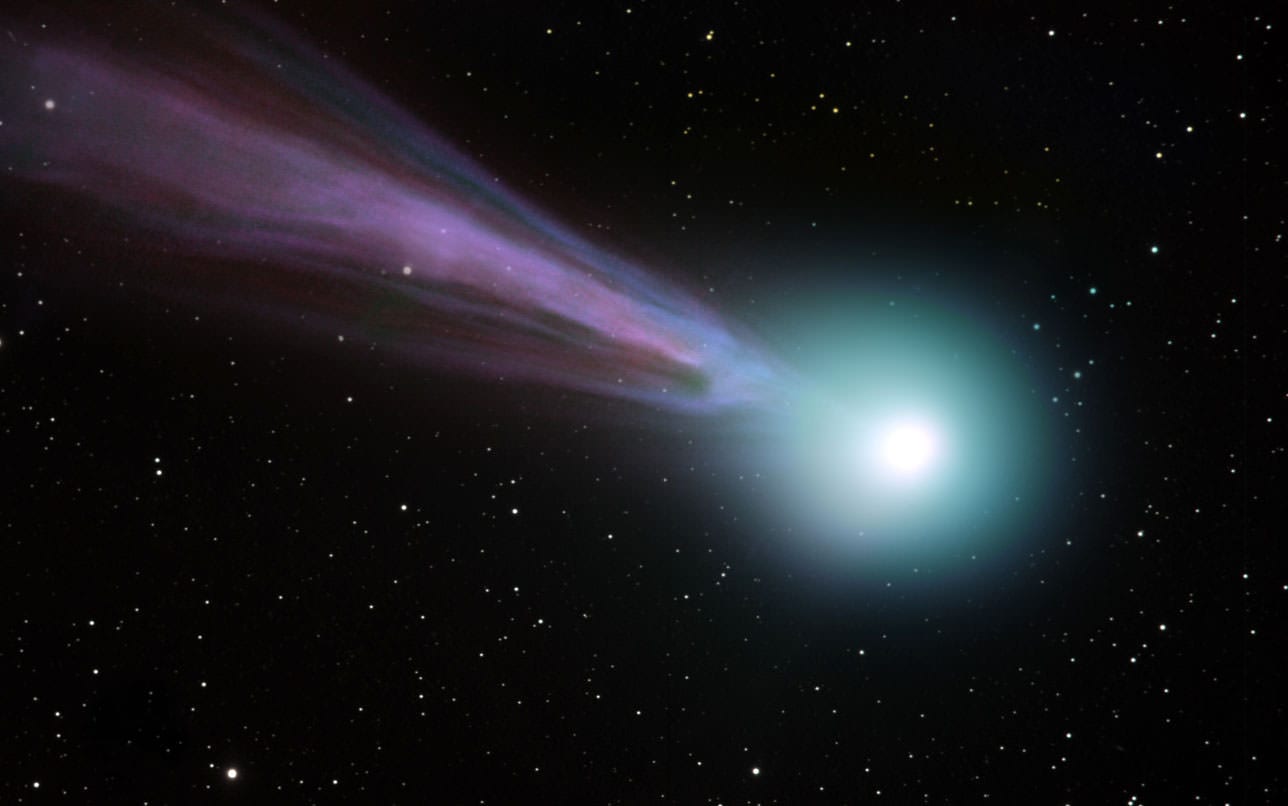 When scientists discovered the Lovejoy comet, it seemed normal. You know, dirty snowball with a tail. The usual. A year later, in 2015, Lovejoy swung by the Sun and the heat triggered an event that had never been seen before. The comet started to release ethyl alcohol. This is the same alcohol people pluck from their cellars or order off a menu. During the peak of this drunken escapade, Lovejoy spewed the equivalent of 500 bottles of wine every second.

The tipsy comet supports the idea that Earth life was seeded by comets. Why? Lovejoy also released sugar and 19 types of organic molecules. Together, they have what it takes to create amino acids—the building blocks of DNA.[5] 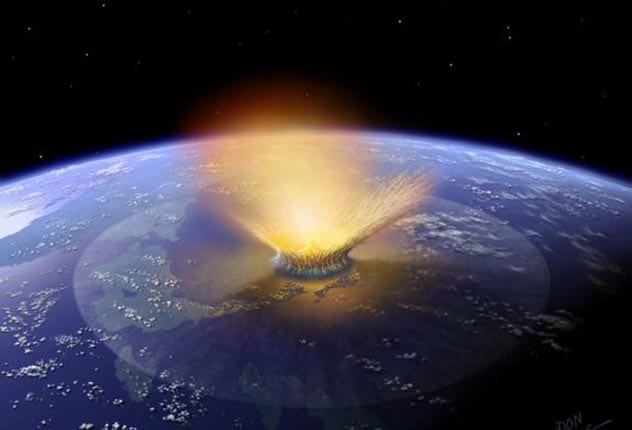 When a crater was found in Mexico, the 180-kilometer (112-mile) feature was blamed on an asteroid that hit Earth 65 million years ago. It swept the non-avian dinosaurs and 70 percent of all other species into extinction. But perhaps the time has come to remove the handcuffs from that dinosaur-killing asteroid. Some researchers think a comet caused the calamity instead.

They cornered the new suspect after scrutinizing the amount of material ejected by the impact. There weren’t enough of certain elements had an asteroid done the dirty deed. However, everything made sense if a smaller, faster object, like a comet, hit Mexico.

Scientists are already divided into Teams Comet and Asteroid. The latter agree that the object was faster than previously thought but they stand by their asteroid. The Comet club, however, insists that the crater is consistent with a long-period comet. These snowballs take centuries or millennia to circle the Sun and rank among the fastest objects in space.[6]

Astronomers never thought that comets ran in packs. But in 2012 they found something that shocked them. Countless comets weave around a star called Fomalhaut but that wasn’t what shot the astronomers’ socks off.

It was the dust ring around the star. Sunlight pushes such particles away into space but in this case, the ring stays because the comets collide and provide a constant supply of dust. The swirl’s thickness allowed scientists to calculate the number and size of the comets, and how often they crashed.

Fomalhaut is surrounded by 83 trillion comets. Around 2,000 collide on a daily basis and their average size is 1 kilometer (a half-mile) wide. When the discovery was announced, it was aptly called a “comet massacre.”[7]

3 A Comet Bigger Than The Sun 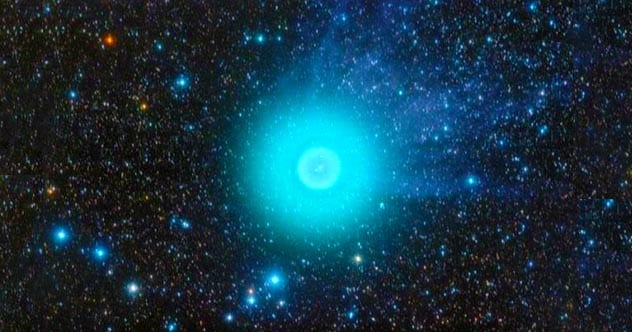 The Sun is the largest body in the solar system. For a while in 2007, a comet took the crown. Under normal circumstances, Comet Holmes is the tinier of the two. But for unexplained reasons, it released dust and gas for weeks. The result was a visible coma—the comet’s atmosphere—that outgrew the Sun. By November 9, Holmes had a diameter of 1.4 million kilometers (869,900 miles) and the Sun was slightly smaller.

Nobody knows what caused the eruption. More mysteriously, how could a comet with a small core produce a coma that big? Indeed, the real Holmes had a diameter of 3.6 kilometers (2.2 miles) in diameter. Unfortunately, the comet is too far away for astronomers to take a look. A plausible theory suggests that Holmes fractured and partially dissolved into space. Whatever happened, the comet became visible to the naked eye and delighted skywatchers the world over.[8]

2 A Comet That Defies Explanation 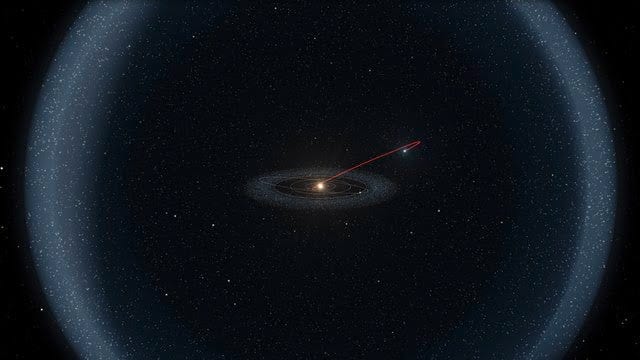 The definition of comets used to be simple. They are icy objects. Check. They have tails of dust and water because the Sun melts their frosty coating. Tick that box too. But in 2014, nature bounced humanity’s labels once again. A comet without a tail flew into the solar system.

C/2014 S3 was parched of water (about a million times less than other comets) and was made of solid rock. It was beginning to look a lot like an asteroid.

However, the surface of the object wasn’t cooked by the Sun, which happens to be a trademark of all asteroids. But it reflected light like an asteroid. Then again, C/2014 S3’s orbit was typical of a comet. Although it could have been an asteroid that ended up in the Oort cloud, the home of all comets, before slipping into a comet-like orbit. Maybe this was a genuine tailless comet. Or a comet-asteroid hybrid.

If that sounds confusing, don’t worry. Right now, scientists don’t know what the heck they are looking at either.[9]

1 An Airburst Vaporized A Village 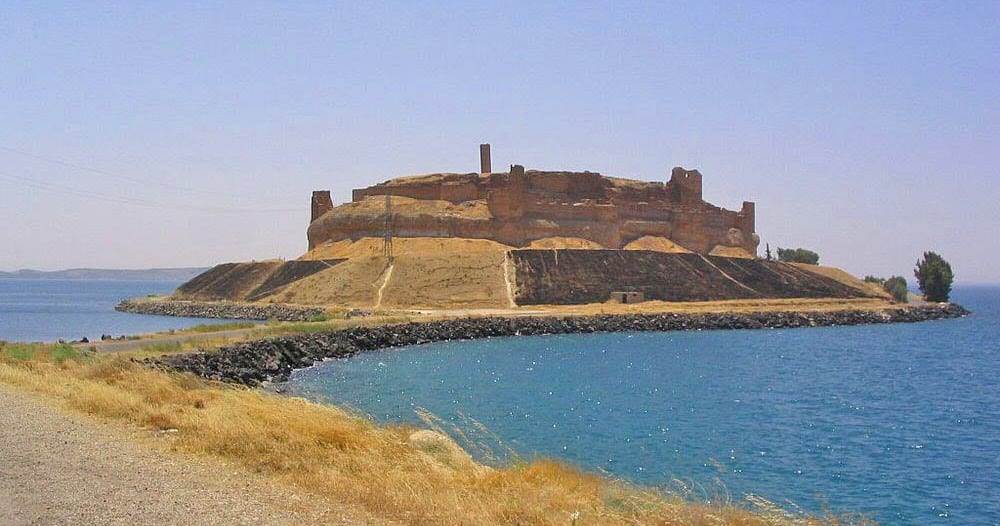 Around 12,800 years ago, a comet vaporized a village in Syria. At the site, now called Abu Hureyra, archaeologists saw the damage but never made the connection. Decades later, other researchers saw things the first team had missed. Abu Hureyra wasn’t a single settlement but a town built on top of a village. They also realized that they were looking at the only village in history destroyed by a comet.

There was no collision. A comet had broken up in the atmosphere and a fragment caused the devastation. When such slivers explode, airbursts nuke everything for miles and leave behind nanodiamonds, melted glass, and carbon spheres. These were found at Abu Hureyra embedded in the walls and tragically, inside food. The latter showed that people were home when the village was wiped out.

Before the disaster, the community was a group of hunter-gatherers. But the airburst likely destroyed the environment and sunk that lifestyle. Indeed, the town suggested that the survivors bounced back and became successful farmers.[10]