What child doesn’t love nursery rhymes? It is this love which has allowed so many of these tales to survive hundreds of years. While many nursery rhymes are innocent stories, some contain morals and others have sinister or political underlying meanings. This list looks at ten popular nursery rhymes and their origins (or speculated origins). 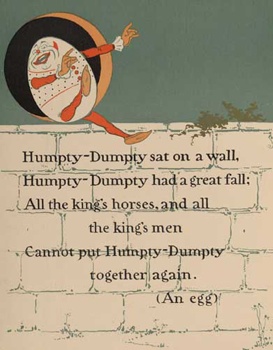 Humpty Dumpty was first printed in 1810. At the time, a humpty dumpty was a clumsy person, so the nursery rhyme was meant as a riddle. It doesn’t actually state that Humpty Dumpty is an egg, so the aim of the reader is to guess what he really is. Of course there is not a person who knows the tale these days that doesn’t know he is an egg. There is speculation that the nursery rhyme had an underlying meaning – in which Humpty Dumpty represents King Richard III of England and the wall his horse. Others have suggested that it refers to the downfall of Cardinal Wolsey at the hand of King Henry VIII.

9
Sing a Song of Sixpence 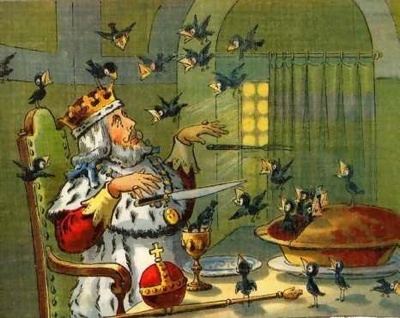 Sing a song of sixpence dates back to at least the eighteenth century. In the original, the tale ends with a blackbird pecking off the nose of the maid in the garden; in the mid-nineteenth century this was sanitized with the addition of a final verse in which a doctor sews it back on. While interpretations vary wildly, the four and twenty blackbirds are most likely simply a reference to a common practice in the sixteenth-century in which large pies were baked then filled with live birds which would escape when the pie was cut. This stems from the fact that a meal was meant not just as nourishment, but entertainment. 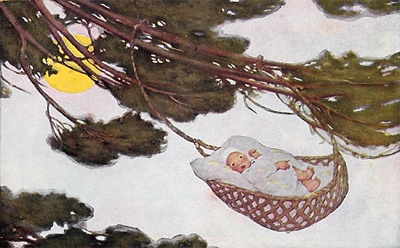 Originally titled ‘Hushabye Baby’, this nursery rhyme was said to be the first poem written on American soil. Although there is no evidence as to when the lyrics were written, it may date from the seventeenth century and have been written by an English immigrant who observed the way native-American women rocked their babies in birch-bark cradles, which were suspended from the branches of trees, allowing the wind to rock the baby to sleep. An alternative interpretation states that the baby is the son of King James II of England, who was widely believed to be someone else’s child smuggled into the birthing room in order to provide a Catholic heir for James. In this interpretation, the cradle represents the Stuart monarchy. 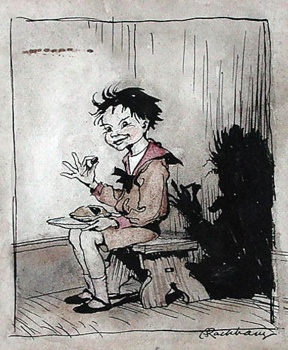 The first recorded version of Little Jack Horner comes from the eighteenth-century but it is most likely to have be known since the seventeenth. In the nineteenth century the story began to gain currency that the rhyme is actually about Thomas Horner, who steward to Richard Whiting, the last abbot of Glastonbury Abbey before the dissolution of the monasteries under Henry VIII of England. The story is reported that, prior to the abbey’s destruction, the abbot sent Horner to London with a huge Christmas pie which had the deeds to a dozen manors hidden within it and that during the journey Horner opened the pie and extracted the deeds of the manor of Mells in Somerset. It is further suggested that, since the manor properties included lead mines in the Mendip Hills, the plum is a pun on the Latin plumbum, for lead. The current owners of Mells Manor have stated that they doubt this interpretation. 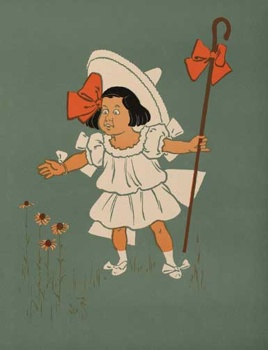 The earliest record of this rhyme is in a manuscript of around 1805, which contains only the first verse. There are references to a children’s game called “Bo-Peep”, from the sixteenth century, including one in Shakespeare’s King Lear (Act I Scene iv), but little evidence that the rhyme existed. The additional verses are first recorded in the earliest printed version in a version of Gammer Gurton’s Garland or The Nursery Parnassus in 1810, making this one of the most modern nursery rhymes on the list. 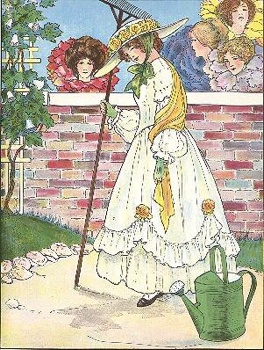 Mary, Mary, Quite Contrary has been seen as having religious and historical significance, but its origins and meaning are disputed as is often the case. The most common interpretation identifies “Mary” with Mary I of England. The “How does your garden grow?” may make mocking reference to her womb and the fact that she gave birth to no heirs, or to the common idea that England had become a Catholic vassal or “branch” of Spain and the Habsburgs, or may even be a punning reference to her chief minister, Stephen Gardiner (“gardener”). “Quite contrary” could be a reference to her attempt to reverse ecclesiastical changes made by her father Henry VIII and her brother Edward VI. The “pretty maids all in a row” could be a reference to miscarriages or her execution of Lady Jane Grey. Capitalizing on the Queen’s portrayal by Whig historians as “Bloody Mary”, the “silver bells and cockle shells” could be colloquialisms for instruments of torture. 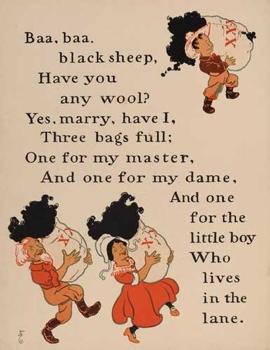 Baa, Baa, Black Sheep is an eighteenth century nursery rhyme sung to the same tune as Twinkle, Twinkle, Little Star. It is possible that this rhyme is a description of the medieval ‘Great’ or ‘Old Custom’ wool tax of 1275, which survived until the fifteenth century. Contrary to some commentaries, this tax did not involve the collection of one third to the king, and one third to the church, but a less punitive sum of 6s 8d to the Crown per sack, about 5 per cent of the value. In the 1980s the theory was advanced that it made reference to slavery, but most scholars disagree.

3
Mary Had a Little Lamb 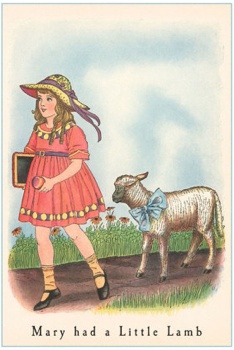 The nursery rhyme was first published as an original poem by Sarah Josepha Hale on May 24, 1830, and was inspired by an actual incident. As a girl, Mary Sawyer (later Mrs. Mary Tyler) kept a pet lamb, which she took to school one day at the suggestion of her brother. A commotion naturally ensued. Mary recalled:

“Visiting school that morning was a young man by the name of John Roulstone, a nephew of the Reverend Lemuel Capen, who was then settled in Sterling. It was the custom then for students to prepare for college with ministers, and for this purpose Mr. Roulstone was studying with his uncle. The young man was very much pleased with the incident of the lamb; and the next day he rode across the fields on horseback to the little old schoolhouse and handed me a slip of paper which had written upon it the three original stanzas of the poem…”

2
London Bridge is Falling Down 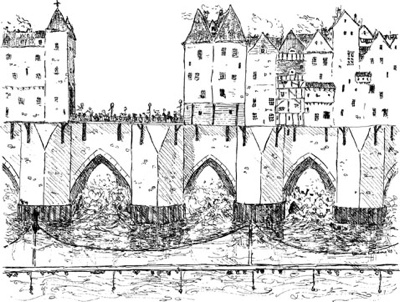 “London Bridge Is Falling Down is a well-known traditional nursery rhyme and singing game, which is found in different versions all over the world. One theory of origin is that the rhyme relates to supposed destruction of London Bridge by Olaf II of Norway in 1014 (or 1009). Another postulates that the rhyme refers to the practice of burying children alive in the foundations of the bridge – though there is no evidence to support this. The fair lady referred to could be Matilda of Scotland who was responsible for the building of a series of London bridges, or Eleanor of Provence who had custody of the bridge income from 1269 to 1281. 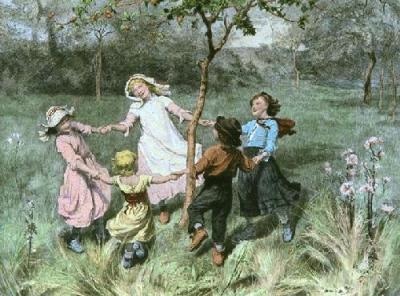 Ring a Ring o’ Roses first appeared in print in 1881 but it was being sung from at least the 1790s. Most people consider the nursery rhyme to be making reference to the Great Plague of London in 1665 but this view did not appear until after World War II. Furthermore, the symptoms don’t describe the plague particularly well, and the words upon which the plague interpretation is based don’t even exist in the earliest forms of the rhyme. The earliest form recorded is:

Ring around the rosy,
A pocket full of posies;
ashes, ashes
we all fall down!

Despite the fact that it is extremely unlikely to refer to the plague, the concept is so deeply set in the modern English speaker’s psyche that it is unlikely to fade in the future.