We have previously published a list of the ten most bizarre relationships which was so popular that we simply couldn’t say no to another. In putting together this list it became apparent that some of the items were less bizarre than they were revolting; nevertheless they all still fall under the bizarre category. Also, be sure to check out the more complete article on the most bizarre relationship between a man with two penises and a woman with two vaginas (NSFW). 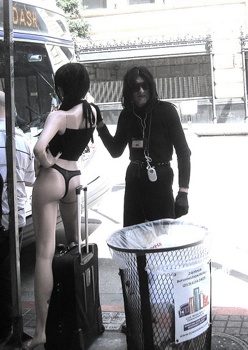 This is item 10 on the list because I can’t, for the life of me, work out whether it is for real. In June, 2009, Dauveed (whose surname is so complex I can’t work out what it is) had a faux-wedding ceremony in which he married Clara the mannequin. He telephoned a media company and asked them to record the ceremony. They did so and you can watch the youtube clip here. From my research I have found comments by people who claim to have seen Dauveed with his mannequin walking around Hollywood which would imply that the marriage was taken seriously in his mind. Regardless of whether Dauveed really is in love with Clara or not, it is kind of nice to know that society has offbeat people in it to add color to our lives. 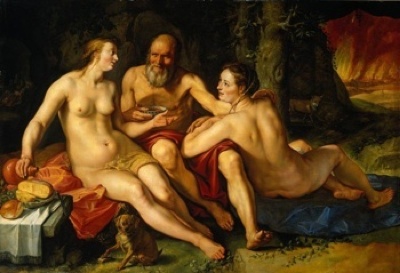 This entry has appeared elsewhere on the site but it definitely fits the bill for this list. First the appropriate Bible quote: 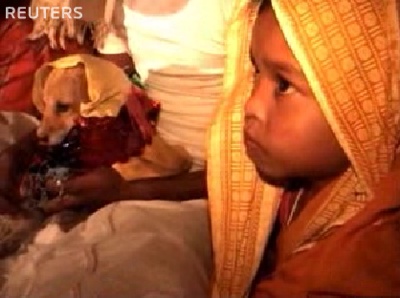 In India’s eastern Jharkhand, villagers ‘married’ off a young girl to a stray dog to ward off an evil spirit. The locals at Munda Dhanda village performed the ceremony as they believe it will overcome any curse that might fall on the family. Interestingly, the girl is free to get married later in life to a man without even seeking a divorce. Superstitions are widespread in India, especially in rural areas where literacy is scarce. The image above is from the wedding ceremony. The groom is on the left and the rather young bride the right. [Source] 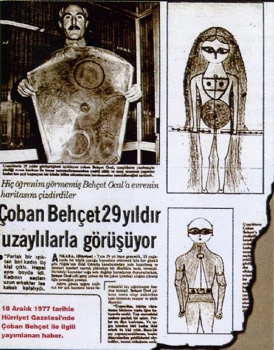 Nejdet Boyanay (from Istanbul, Turkey) started to experience his first encounters with a mysterious alien entity in 1975 when he was 10 years old. According to his report, he was lying down in his bed and starting to fall asleep. But suddenly he noticed that he wasn’t able to move. Soon after he was visited by an alien. After that night he had at least two encounters per week with the strange visitor. He was touched by him and he says that the hands of the visitor were extremely soft and the touch was sticky like a jellyfish. Later he drew a picture of the visitor which you can see above. The “relationship” continued until 1996 even after Nejdet got married. In 1996 he decided to give an interview about his experiences but after he spoke with the reporters he had a strange accident in the shower because his alien visitor was angry with him for making the relationship public and he tried to drown him. [Source] 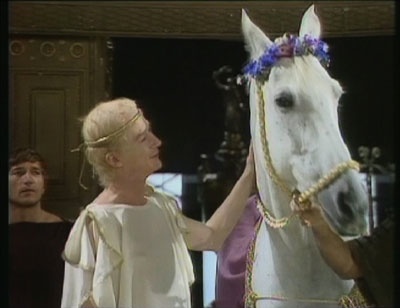 On the previous bizarre relationships list we mentioned the unusual relationship that Caligula had with his sister Drusilla, but he also had a strange thing going on with his horse Incitatus. Caligula loved his horse (though most likely not in a sexual way) so much that he bent over backwards to give it a life fit for the emperor himself. According to Suetonius’s Lives of the Twelve Caesars, Incitatus had a stable of marble, with an ivory manger, purple blankets (the imperial color), and a collar of precious stones. Others have indicated that the horse was attended to by eighteen servants, and was fed oats mixed with gold flake. Suetonius also wrote that Caligula planned to make Incitatus a consul (though modern historians believe this may just have been a move to anger the politicians of the day). Caligula even procured him a wife, a mare named Penelope. The horse would “invite” dignitaries to dine with him in a house outfitted with servants there to entertain such events. 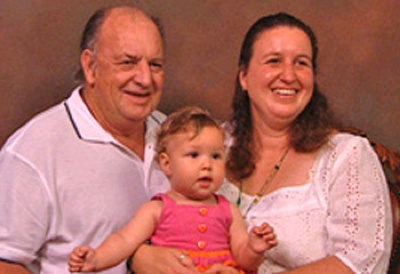 If you are currently eating your breakfast, might I advise you to put it aside for just a moment. On March 20 2008, John Deaves and his daughter Jenny were sentenced to a three-year good behavior bond after pleading guilty to two counts of performing an act of incest – an act which led to the birth of their daughter, Celeste. The “couple” met 30 years after John had left his daughter’s mother; Jenny was 31 and just two weeks after meeting, father and daughter had sex. Jenny Deaves said soon after reuniting with her father she began to see him as a man first and her father second. “I was looking at him, sort of going, oh, he’s not too bad,” she said. Mr Deaves admits that he “initially” thought having sex with his daughter was wrong. [Source] 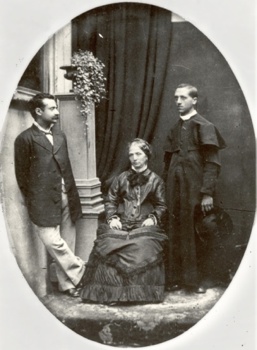 On the evening of 23 June 1858, in Bologna, then part of the Papal States, police arrived at the home of a Jewish couple, Salomone (”Momolo”) and Marianna Padovani Mortara, to seize one of their eight children, six-year-old Edgardo, and transport him to Rome to be raised as a ward of the state. The police had orders from Holy Office authorities in Rome, authorized by Pope Pius IX. Church officials had been told that a 14-year-old Catholic servant girl of the Mortaras, Anna Morisi, had baptized Edgardo while he was ill because she feared that he would otherwise die and go to Hell. Acorrding to Catholic Church doctrine, Edgardo’s baptism, even if illicit under canon law, was valid and made him a Christian. At the time, non-Christians could not raise a Christian child, even their own. Edgardo was taken to a house for Catholic converts in Rome, maintained at state expense. His parents were not allowed to see him for several weeks, and then not alone. Pius IX took a personal interest in the case, raising the child as his son (albeit a kidnapped one), and all appeals to the Church were rebuffed. Church authorities told the Mortaras that they could have Edgardo back if they abandoned their faith and converted to Catholicism, but they refused.

Despite international protests (including those from the United States government), Pope Pius IX did not relinquish Edgardo who eventually went on to become a priest. He was also a vehement supporter of the Vatican taking the first steps towards making Pius IX a saint. You can read his testimony here and you can see the incorrupt corpse of Blessed Pius IX here (his face has a protective mask of silver on which is removed for veneration). Pictured above is Mortara as a priest on the right, and his mother seated. 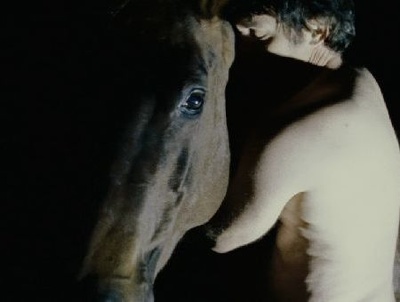 Relationship: Man and horsies (but so much worse than number 6)

Kenneth Pinyan (June 22, 1960 – July 2, 2005) was a Boeing engineer residing in Washington who engaged in receptive anal sex with full-size stallions at a farm near the city of Enumclaw. He videotaped those sex acts and distributed them informally under the name Mr Hands. During a July 2005 sex act, videotaped by a friend, he suffered a perforated colon and later died of his injuries. Other factors surrounding the death were apparently that the deceased, concerned about appearing in a hospital with an unusual internal injury and the effect on his security clearance as an engineer for aerospace company Boeing, had apparently refused his friends’ urging to go to the hospital for several hours after being aware he was internally injured, and was either beyond treatment or dead when he finally reached the ER. The story was reported in the The Seattle Times and was one of that paper’s most read stories of 2005. [Source] 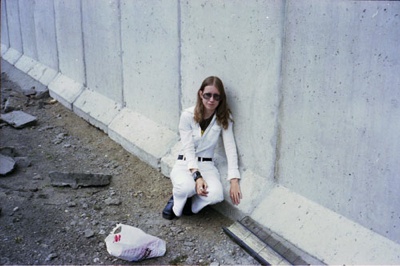 Eija-Riitta Berliner-Mauer, 54, whose surname means Berlin Wall in German, maarried the concrete structure in 1979 after being diagnosed with a condition called Objectum-Sexuality. Mrs Berliner-Mauer, whose fetish is said to have its roots in childhood, claimed she fell in love with the structure when she first saw it on television when she was seven. She began collecting pictures of the wall and saving up for visits. On her sixth trip in 1979 they tied the knot before a handful of guests. While she remains a virgin with humans, she insists she has a full, loving relationship with the wall. While the rest of mankind rejoiced when the Wall, erected by the Soviets in 1961 to halt an exodus from East to West Berlin, was largely torn down in 1989, its “wife” was horrified. Having gotten over the “death” of her husband the wall, Eija-Riitta has finally found love again and is dating her garden fence. [Source] 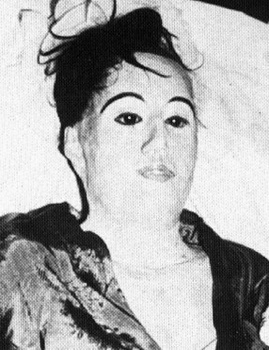 Carl Tanzler or sometimes Count Carl von Cosel (February 8, 1877 – July 23, 1952) was a German-born radiologist at the United States Marine Hospital in Key West, Florida who developed a morbid obsession for a young Cuban-American tuberculosis patient, Elena Milagro “Helen” de Hoyos (July 31, 1909 – October 25, 1931), that carried on well after Hoyos succumbed to the disease. In April, 1933, Tanzler removed Hoyos’ body from the mausoleum, carted it through the cemetery after dark on a toy wagon, and transported it to his home. Tanzler attached the corpse’s bones together with wire and coat hangers, and fitted the face with glass eyes. As the skin of the corpse decomposed, Tanzler replaced it with silk cloth soaked in wax and plaster of paris. As the hair fell out of the decomposing scalp, Tanzler fashioned a wig from Hoyos’ hair that had been collected by her mother and given to Tanzler not long after her burial in 1931. Tanzler filled the corpse’s abdominal and chest cavity with rags to keep the original form, dressed Hoyos’ remains in stockings, jewelry, and gloves, and kept the body in his bed. Tanzler also used copious amounts of perfume, disinfectants, and preserving agents, to mask the odor and forestall the effects of the corpse’s decomposition.

In October, 1940, Elena’s sister Florinda heard rumors of Tanzler sleeping with the disinterred body of her sister, and confronted Tanzler at his home, where Hoyos’ body was eventually discovered. Florinda notified the authorities, and Tanzler was arrested and detained. After a preliminary hearing on October 9, 1940 at the Monroe County Courthouse in Key West, Tanzler was held to answer on the charge, but the case was eventually dropped and he was released, as the statute of limitations for the crime had expired. [Source]