Even to wildlife devotees, the riches of the animal kingdom are a constant surprise. The world is still full of fabulous and peculiar creatures with fascinating habits and, often, extraordinary exotic names. Here are ten that most people have never heard of, in no particular order. 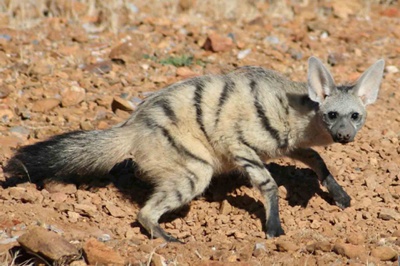 An African mammal that looks like a slender yellow-grey hyena, but in fact lives almost entirely on insects such as termites. The name means ‘earth wolf’, because it inhabits burrows. No doubt it would have been better known if it hadn’t just missed (by one letter) being the first entry in the dictionary. That honour goes to another burrow-dweller, the African aardvark (‘earth pig’). The largest wild sheep (up to 120 cm. tall), with large, curling horns. Native to central Asia (Siberia, Mongolia and Tibet), it is endangered because of habitat loss, trophy hunting and use in Chinese medicines. Argalis live in herds between 2 and 100 animals, segregated by sex, except during breeding season. 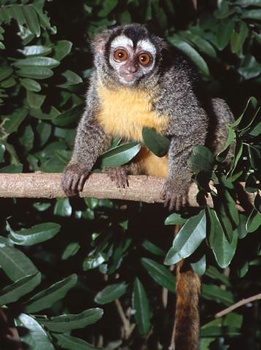 Also known as owl monkeys because of their large brown eyes, these are the only truly nocturnal monkeys. They are tree-dwelling creatures native to Central and South America. Night monkeys make a notably wide variety of vocal sounds, with up to eight categories of distinct calls (gruff grunts, resonant grunts, screams, low trills, moans, gulps, sneeze grunts and hoots). ‘Souslik’ is the exotic name given to the Common ground squirrel of Europe and Asia. They are unusual amongst squirrels, and rodents generally, because their diet may include considerable quantities of meat, such as small birds, mice and voles. 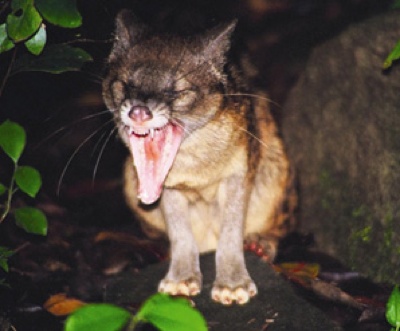 The fossa is the largest member of the civet family (up to 1.5 m. long) and the largest carnivorous mammal on its native Madagascar. It is similar to a mongoose, but also has cat-like characteristics. It has a distinctive rich orange-brown coat. With fewer than 3 000 remaining, it is an endangered species. 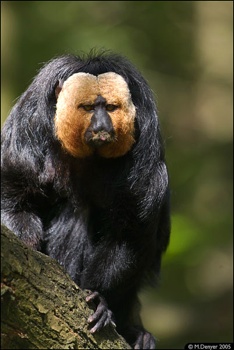 This monkey from the Amazon Basin lives almost entirely in the trees. It is also known as the monk saki, because its head fur curves forward like a monk’s cowl. Hairy sakis are seldom seen in captivity because of an unfortunate character trait: they tend to panic and die of shock at the smallest fright. 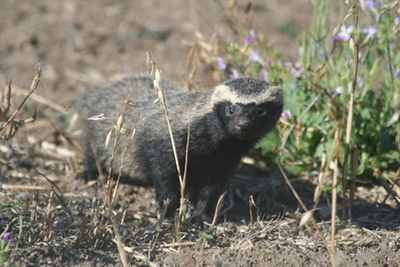 A little-known carnivore found in Patagonia and neighbouring South American countries. About 30 cm long, with black and grey fur, they look a bit like otters but are more like stoats or martens. In Peru they were once domesticated like ferrets, where they were used to hunt chinchillas. 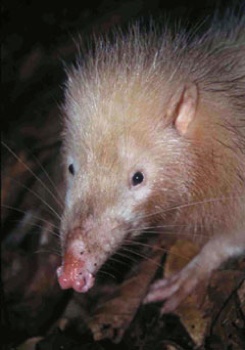 Also known as the Hairy hedgehog, this odd-looking animal is native to south east Asia. Its black or dark brown fur contrasts with a white face that ends in a long, whiffly nose. Around 25 cm long, the moon rat is the largest creature in the order Insectivora. Its other claim to fame is the extremely strong smell produced by its musk glands. 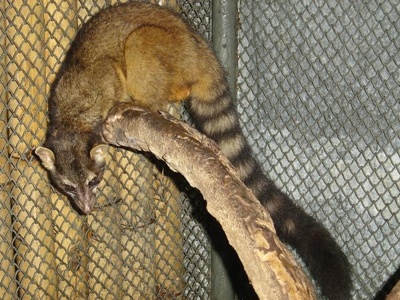 Native to the southern USA, the cacomistle is a small, shy, raccoon-like creature, sometimes called the cat squirrel or ringtailed cat because of its long, stripy tail. The name comes from the Nahuatl word meaning ‘half-cat’ or ‘half mountain lion’. It is not highly endangered but is regarded as a species under threat. 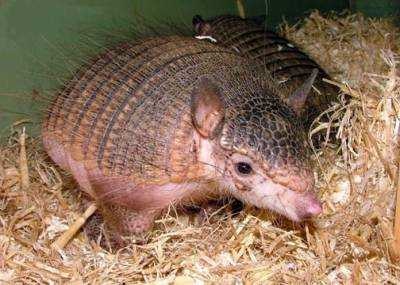 This is the fairy armadillo (or pink fairy armadillo), an unlikely Argentinian creature that is only about 115 mm long. It lives largely in underground burrows and is seldom seen, almost never in captivity. Fairy armadillos are great escape artists, that can rapidly dig themselves into the ground and hide. 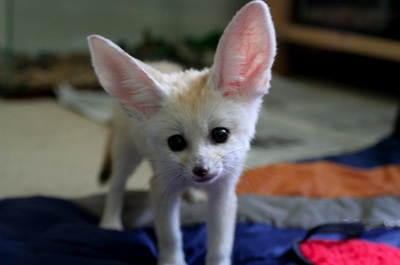 I have included this bonus because it is probably the cutest mammal around. The Fennec Fox is a small nocturnal fox found in the north of the Sahara Desert of North Africa which has distinctively large ears. Its name comes from the Arabic fenek, a term for various fur-bearing animals. The coats are often a sandy color, allowing them to blend with their desert surroundings. Its characteristic ears serve to dissipate heat and to hear the movement of prey at night. Its ears are sensitive enough to hear large insects, such as beetles and locusts, walk on the sand. [Source | Image source]