Here at listverse we love fun facts. But even more than fun facts, we love unknown facts – things which make us seem a little smarter than the average person when we pull them out at parties. This list looks at 15 fascinating facts that you probably are unaware of (at least we hope so!) Be sure to add any of your own to the comments. 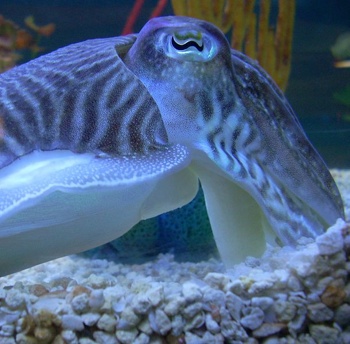 1. Armadillos of the Dasypus genus give birth to four genetically identical quadruplets. This is the only reliable manifestation of polyembryony (two or more embryos developing from a single fertilized egg) in mammals.

2. Of the entire human body, around 3 pounds of the weight is microbial life; in other words, parasites and the like. Many of these are essential to the functioning of the body.

3. The germs in feces can pass through up to ten layers of toilet paper. Don’t forget to wash your hands!

4. Earwigs can fly. They have membranous wings folded underneath short forewings which they can use for limited flight. They are not particularly good at it but sufficiently good to move about if necessary. Contrary to popular belief, earwigs don’t transmit diseases amongst humans.

5. Cuttlefish have eyes shaped like the letter ‘w’ (pictured above). Although they cannot see color, they can perceive the polarization of light, which enhances their perception of contrast. They have full use of their eyes before they are born. 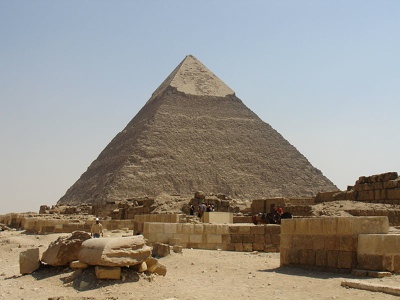 6. The pyramids were originally covered with a highly polished white limestone so they would glisten from a distance. Some of these (albeit worn) are still visible at the top of the Pyramid of Khafre (pictured above).

7. Female koala bears (which are marsupials not bears) have two vaginas. Male koalas have a forked penis. No doubt their mating practices would be similar to those of these two humans who had the most bizarre relationship in history.

8. Human eyes contain a blind spot. The brain fills in with surrounding detail and with information from the other eye, so the blind spot is not normally perceived. To see the blind spot in action, go here.

9. The avocado is a ghost of evolution. It was originally consumed by large creatures in the Pleistocene period (when modern humans appeared). Creatures the size of wooly mammoths would have eaten the avocado whole, and excreted its seed in their dung. As these giant creatures died off, man cultivated the avocados for his own use and it is this cultivation which meant the avocado survived extinction.

10. Many traffic lights and lift buttons are actually placebo buttons – in other words, they do nothing at all when pressed. They exist to give the presser the feeling of control. [Source] 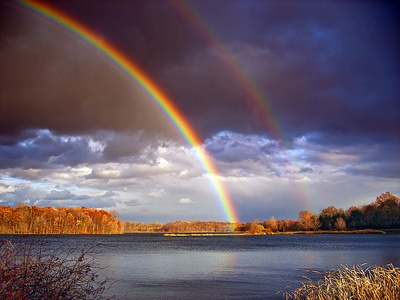 11. When tickled, rats laugh. Here is an excellent video clip demonstrating this fact.

12. At certain points on Mercury’s surface, an observer would be able to see the Sun rise about halfway, then reverse and set before rising again, all within the same Mercurian day. Having said that, one day on Mercury is 176 earth days. [Source]

13. In his lifetime, Adolf Hitler had four relationships (three confirmed and one suspected). Of those relationships, all four women attempted suicide at least once, and two succeeded.

14. Sand sharks have a very unique gestation. A mother shark develops two embryos when impregnated. The stronger of the two embryos eats the other before it is born. This is called “intrauterine cannibalism”. It will also eat any other eggs that exist in the mother at the time.

15. The center of a rainbow is the shadow from your head. A primary rainbow is always somewhere on an arc 42 degrees around the shadow of your head (called the anti solar point). So brightly illuminated rain must be in this direction away from you to see a rainbow. [Source]