Have you ever noticed that whenever animals appear in a film sequence that they are making a lot of noise? What many people don’t realize is that the sound effects we hear in movies are usually added later and very often don’t signify reality, they signify our perception of reality. What people also often don’t know is that many movies and TV programs use the very same sounds. Some of these sounds have become so commonplace as to become cliches. This list looks at ten of those most recognizable film and television cliched sound effects.

We are starting with the Wilhelm scream because it appeared on another list recently. The Wilhelm scream is a frequently-used film and television stock sound effect first used in 1951 for the film Distant Drums. The effect gained new popularity (its use often becoming an in-joke) after it was used in Star Wars and many other blockbuster films as well as television programs and video games. The scream is often used when someone is falling to his death from great height. Enjoy the video above – it is a compilation of the Wilhelm scream from a variety of movies. 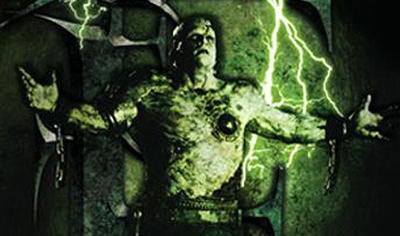 Castle thunder is a sound effect that consists of the sound of a loud thunderclap during a rainstorm. It was originally recorded for the 1931 version of the horror film Frankenstein. It has been used in many movies from the 1940s to the 1980s, in Disney and Hanna-Barbera cartoons, and on TV series such as Gilligan’s Island. It has also been used as an element in other sounds, such as the Enterprise’s warp acceleration in “Star Trek – The Motion Picture,” and on the flash of a laser bolt in “Star Wars” as we follow the point-of-view of an X-Wing fighter into the Death Star’s trench. It was retired from regular film use around 1985, although it is still used in 1990s and 2000s animation shows. The sound effect has also appeared in TV commercials as well. 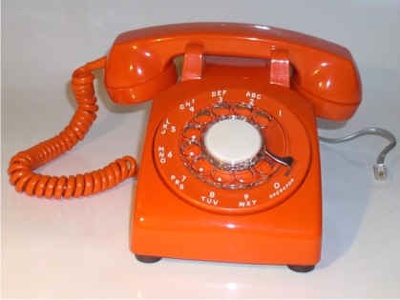 The universal telephone ring was commonly heard in the ’70s and’80s but it still makes appearances in film and TV today. It is frequently used in movies set in those two decades such as Anchorman. The effect shot to fame when it was heard in the opening of the Rockford Files – just before the answering phone kicks in. It went on to appear in TV shows such as the Six Million Dollar Man, the Bionic Woman, Magnum PI, and films like Close Encounters, Ghostbusters, and The Sting. At least one sound editor has said that people should stop using it due to the “wow” distortion heard in the original recording. That request has, however, fallen on deaf ears it would seem. 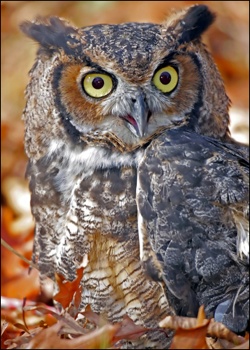 Next time you watch a movie with an owl in it, remember this list. Every time an owl is heard in a movie, it is the Great Horned Owl. For some reason it has become the ubiquitous “owl sound” to most movie goers. This is one of those ambient effects which very rarely occurs at the same time as an owl appears on the screen. When you hear this sound you know it is nighttime and you know that something spooky is happening or going to happen. The Great Horned Owl is not the only cliche in bird sounds in movies:

Imagine a camera panning across a landscape which finally ends in a high mountain. What sound will you hear? You will hear a hawk or a bald eagle screeching. This sound is also heard just before or just after a climactic part of an adventure movie set in the wilderness. This sound signifies the great outdoors. And everytime you hear it it is the same bird: a red tailed hawk. If you want to hear what a real bald eagle sounds like, click here.

The Tarzan yell is the distinctive, ululating yell of the character Tarzan, as portrayed by actor Johnny Weissmuller in the films based on the character created by Edgar Rice Burroughs, starting with Tarzan the Ape Man (1932). The yell was a creation of the movies and the closest thing to it in the books is simply called “The victory cry of the bull ape.” The yell appears in many cartoons and other movies which use it for comic effect. The sound is actually made by Johnny Weissmuller – the actor in the clip above. He stared as Tarzan in the films based on the Edgar Rice Burroughs books starting with Tarzan the Ape Man (1932).

The cry of the common loon gets a lot of play in the movies. It is a sound mostly associated with wilderness—large, pristine lakes where humans rarely intrude. In the movies, however, you can hear a loon almost anywhere. The determining factor is fog. A suburban scene with close-cut lawns, water sprinklers, sidewalks and kids riding bicycles is not good loon habitat, but add some fog and Hollywood will have loons crying from every direction.

Every time a vehicle crashes, trash cans fall over, something blows up, or any chaos occurs off-screen, after the sounds of breaking glass and other Stock Sound Effects, the same poor cat gets caught in the crossfire and makes that same tortured screech. No exceptions. It pops up in areas and scenes where there’s no reason for a cat to be there at all. There is absolutely no doubt that everyone reading this list has heard the poor cat at some point. Its origins are unknown. In the clip above you have to watch until the very end (it only takes two minutes) to hear the sound effect when the Mask throws away his tommy gun. 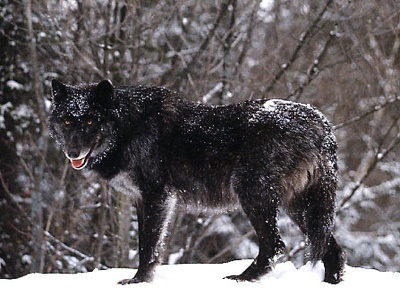 Every time a full moon arises in a movie, we hear the lonesome call of a wolf. Film makers seem so determined to add this “spooky” sound effect that the wolf sounds even appear in many films set in locations where there are no wolves. The most popular wolf sound used by film makers is the timber wolf – whose call you can hear by clicking the link above. Now just add some loons and a great horned owl and you don’t even need a script to set the scene.

We started with a scream so let’s end with one. Unlike the Wilhelm Scream, this one doesn’t have an official name though it appears to been dubbed the Howie Scream because it is the sound Howie Long makes in Broken Arrow right before he gets killed. This and the Wilhelm scream are just the two most common of about 15 regularly used stock screams, most of which have yet to be named.