Menacing characters in films are my favorite; they come in all shapes and sizes and from different genres of film, below is a list of my top 10 menacing characters from film. Initially this was submitted as a list of 17 but it was honed down to a final list of only 10 – the omitted 7 characters are listed at the bottom under notable omissions. If you enjoy this list, you might also want to check out the Top 10 Badass Movie Characters. 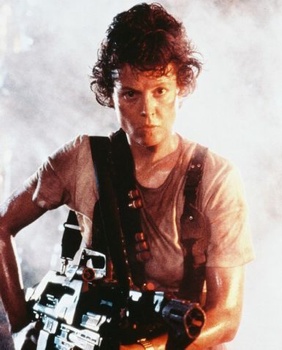 This list isn’t all about baddies, or killers or MEN for that matter. Here I include Ellen Ripley because if you piss this woman off she will take your head off and come back for the bloody stump. The day begins normally for our heroine; it’s the run of the mill day for Ellen, travelling in space minding her own business when this little snapping alien shows up and starts feasting on her crew. Does Ellen run and hide? Cower in the corner waiting for help? No. Ellen grabs whatever she can find and fights for her life. They say ‘in space no-one can hear you scream’, I assure you if you go outside on a quiet night and listen really hard, you’ll hear Ripley kicking Alien ass somewhere in the universe.

Menace Factor: The safest place in the universe is standing behind Ellen Ripley. 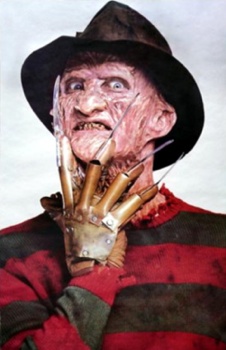 We’re not safe walking alone on a dark night, we’re not safe leaving our doors unbolted and we’re not safe taking help from a complete stranger: you’d have thought slipping into a sweet sublime slumber would hold no worries for us. We’d be wrong because Mr. Krueger dwells in our dreams. After a spate of child kidnap/murders residents of Elm Street corner the accused and play catch the Molotov Cocktail, Freddy is rubbish at catch and loses, consumed in flames he makes a deal with 3 Demons where he agrees to hang loose in our dreams for a while. The Freddy we know and love is born. Try all the coffee, pills and potions you like, you’ll inevitably fall asleep and then Freddy is going to julienne you like a freshly plucked carrot.

I’m not keen on men who like little girls, it’s wrong, shout, kick, scream, moan, jump up and down and have all the opinions you like; it’s still wrong. Hayley Stark thinks the same as me only unlike me she’s off to do something about it. Hayley looks young for her age and plays the cutie school girl long enough to drug her ‘older admirer’, tie him down and start to…. shall we say; perform surgery on his nether regions! There is not reasoning with Hayley, she has an answer for everything and doesn’t care for your bullshit. Top girl in my opinion.

Menace Factor: Cute as a button unless you’re a paedo. 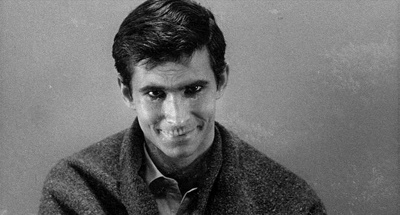 Now Norman is the kind of guy you can take home to the family. Owns a big, albeit creepy, house overlooking his own Motel, dresses smart, albeit in the fancy new summer dress you just paid a fortune for, but a bloke that loves his mother ‘that much’ has to be respectable marriage material surely….. Doesn’t he? Alright, alright you caught me, I’m bending the truth slightly, Norman is obsessive, jealous, and he thinks women and sex are dirty (because his lovely mother says so) oh and just one more small thing…… Norman has Dissociative Personality Disorder, which means he has at least two compete personalities, the other being his dead mother, who Norman killed and now keeps her body in the creepy house I mentioned earlier.

Menace Factor: My advice? Doesn’t matter how tired you are or how hard it’s raining, keep driving. 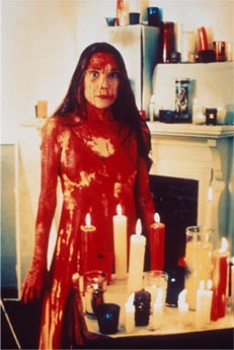 Carrie White just goes to show that bullies can only push someone so far before they flip out and cause mayhem with their magical powers. Carrie’s not a bad girl, she just wants to get on with things, blend in with the crowd, it’s the people around her that don’t allow this to happen and end up paying the ultimate price. The decisive moment of humiliation in Carrie’s life comes at the prom, having a bucket of pigs’ blood poured over her and the pristine white dress she’s wearing gets Carrie a little mad, chaos ensues and Carrie creates havoc. I hope Carrie’s classmates enjoyed tormenting and taunting her because they ultimately pay with their lives.

Menace factor: She who laughs last, laughs longest (even if she is covered in blood). 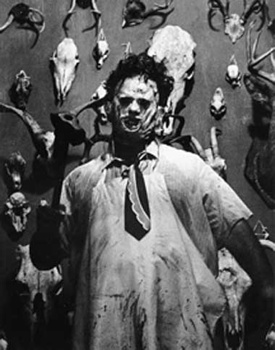 This bloke would go through you for a short cut, literally. He’s the classic son just trying to do well for his family sake. Oh but his ‘trying to do well’ involves segmenting you into 200 portions with his trusty chainsaw or hanging you via a rusty meat hook through your cranium. Nice guy I hear you cry, ah give him the benefit of the doubt… the kids van broke down, what else was he to do on that hot Texas afternoon? Mow the grass?

Menace Factor: I’d have screamed that much too. 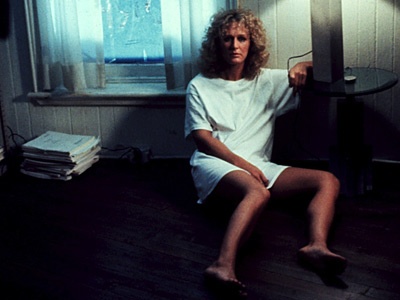 You’ve heard the term ‘bunny boiler’ yes? It gets used to describe anyone who becomes slightly infatuated with someone else, well; this film is where the phase was coined. Married guy meets girl, has weekend fling and thinks nothing more of it. Our Alex on the other hand has her own ideas about the relationship; Alex wants the married guy more and more and will do anything to get him, anything, including preparing him a nice rabbit stew and making sure his wife has fresh towels for bath time. How sweet of her.

3
Hannibal Lecter
Silence of the Lambs 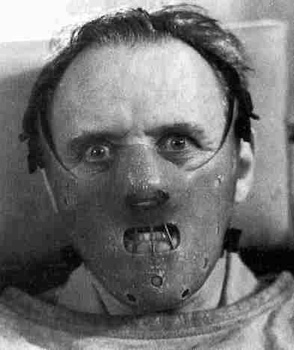 This guy can smell you coming, has no fear and if that’s not scary enough he has a voice that could lull you into what you’d think would be a safe and peaceful slumber. When his help is needed to solve an F.B.I case Hannibal manages to escape, he eats his way through his guards face before disappearing into the great-blue-yonder. He freaks us out because we have no idea of how much he is actually capable of. Buffalo Bill is a pussy compared to Dr. Lecter.

Menace Factor: Drop of Chianti anyone? 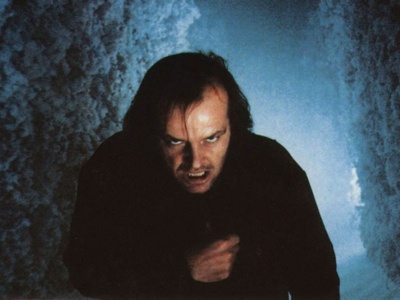 All work and no play can make me a dull girl so I completely understand Jack wanting to dissect his squeaky voiced wife. Holed up in a snowbound vacant motel Jack is only trying to quietly finish writing his novel. When writers block kicks in and his invariably chipper wife becomes slightly more infuriating with each passing scene, Jack’s sanity skids into oblivion and he finds his hands tightly wrapped around an axe handle. I warn you guys, creep tentatively around this guy.

Menace Factor: He’d split you like a block of rotten wood. 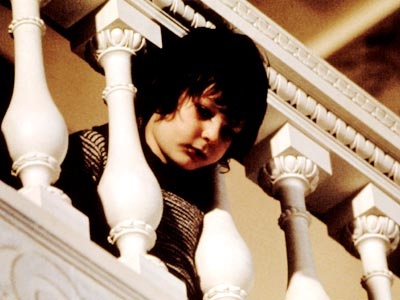 You get switched at birth; it’s not your fault. You have Latin choral chanting as your entrance music; not your fault. You find yourself to be the spawn of Satan, well that’s not your fault either but excuse me if I don’t want to play hide and go seek with you. Damien spends the majority of his time staring absorbedly at people and making them altogether freaked out, people are dying all around him, committing suicide and it takes almost an hour and a half before someone realizes everything is connected to the sweet (if a bit eerie) Damien. Being the son of the Devil is bad enough but having to do his dirty work for him here on earth is just not fair on the little bugger.