Flags are meant to be a symbol under which people unite – but in many cases a flag can cause division. Emotions run high when it comes to patriotism so it is not surprising that attempts to change a flag – or to fly a flag which identifies a minority of the members of a nation, can cause animosity. This list looks at 10 flags that are controversial. 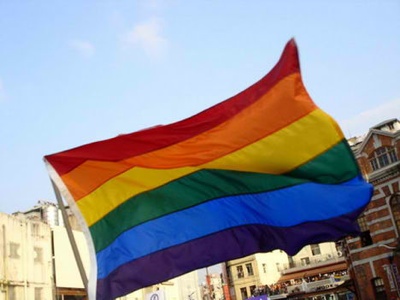 The Rainbow flag or Pride flag of the LGBT community (also known as the gay pride flag) is a symbol of lesbian, gay, bisexual, and transgender (LGBT) pride and LGBT social movements in use since the 1970s. The colors reflect the diversity of the LGBT community, and the flag is often used as a symbol of gay pride in LGBT rights marches. It originated in the United States, but is now used worldwide. Designed by San Francisco artist Gilbert Baker in 1978, the design has undergone several revisions to first remove then re-add colors due to widely available fabrics. As of 2008, the most common variant consists of six stripes, with the colors red, orange, yellow, green, blue, and violet. The flag is commonly flown horizontally, with the red stripe on top, as the colors would appear in a natural rainbow. 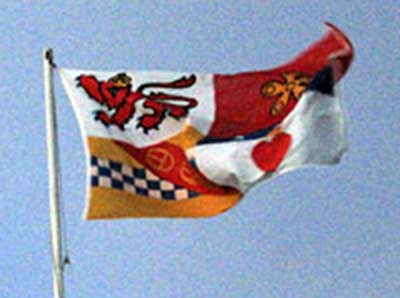 In 2007 in Angus, one of the 32 local government council areas of Scotland, the Angus Council decided to scrap the Saltire (the flag of Scotland) and replace it with a new Angus flag. This move led to public outcry across Scotland with more than 7,000 people signing a petition opposing the council’s move, leading to a compromise whereby the Angus flag would not replace but be flown alongside the Saltire on Council buildings. The new flag was criticized as a waste of time and money, as well as a politically motivated move. The design consists of four quarters containing a crowned lion passant, a cinquefoil, a checked strip crossed with buckled belt and a depiction of the heart of Robert the Bruce to represent the four ancient earldoms of Angus.

8
The Sun of Vergina Flag

On August 11, 1992, the newly-independent Republic of Macedonia adopted a new flag to replace the old Communist “red star” insignia. The flag depicted a stylized yellow sun centered on a red field with eight main and eight secondary rays emanating from the sun, tapering to a point. This ancient symbol was known as the Vergina Sun or Vergina Star, named after the Greek town where it had been discovered in archaeological excavations of the ancient Macedonian city of Aigai. It had also been adopted by many in the then Socialist Republic of Macedonia to symbolize historical connections between that country and ancient Macedon and had been paraded in demonstrations by ethnic Macedonians at home and abroad.

The flag, the new state’s constitution and its name all became the focus of a bitter dispute between the two countries, during which Greece imposed an economic blockade on the Republic from February 1994. In July 1995, Greece lodged a request with the World Intellectual Property Organization (WIPO) for exclusive copyright to the Vergina Sun. Greek objections also prevented the flag from being flown at the United Nations Headquarters building in New York. The blockade was lifted in October 1995 when an agreement was reached to change the flag, modify the constitution and resolve the naming dispute through United Nations-sponsored negotiations. 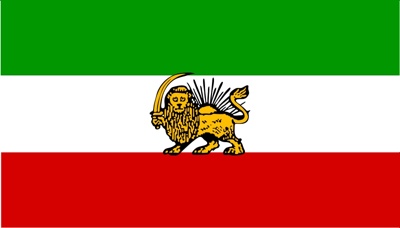 Like the country’s current flag, the former one contains horizontal bands of green, white and red, but the emblem in the middle contains a lion, sun and sword, rather than the four crescents and sword introduced by the Islamic regime in 1980. Recently, the appearance of the pre-Islamic Revolution Iranian flag at U.S. rallies against the re-election of President Mahmoud Ahmadinejad has stirred tension between two generations of protesters. While they all came out to express solidarity with protesters in Iran, each group views the flag very differently. Supporters of Iran’s deposed shah often bring out the flag at demonstrations, and some would be happy to see a constitutional monarchy restored in Iran or a secular democracy with no royal figurehead. Younger protesters do not want to give Iran’s rulers any excuse to accuse them of links to a movement that seeks to overthrow the current regime, and often plead with older protesters to put away their flags. 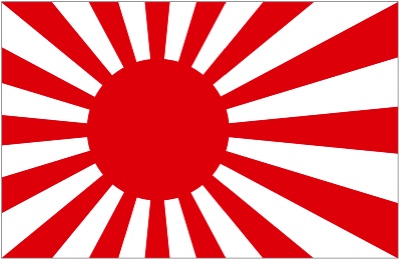 The Rising Sun Flag is the military flag of Japan. It was used as the ensign of the Imperial Japanese Navy and the war flag of the Imperial Japanese Army until the end of World War II. It is also presently the ensign of the Japan Maritime Self-Defense Force and the war flag of the Japan Ground Self-Defense Force. It is also waved during the Japanese New Year and in sporting events. The design is similar to the flag of Japan in that it has a red circle close to the middle signifying the sun, the difference being the addition of extra sun rays (16 for the ensign) exemplifying the name of Japan as “The Land of the Rising Sun”. The flag was used in overseas actions from the Meiji period to World War II. When Japan was defeated in August 1945, the flag was banned by Allied Occupation authorities. However with the re-establishment of a Self-Defense Force the flag was re-adopted in 1954. The flag with 16 rays is today the ensign of the Maritime Self-Defense Force while the Ground Self-Defense Force uses an 8 ray version. This flag is often considered offensive in countries which were victims of Japanese aggression, particularly China and Korea, where it is considered as a symbol of Japanese imperialism. 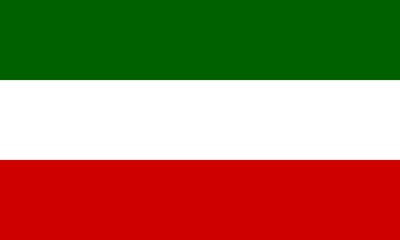 The Patriotes flag is a politically charged symbol often used by hardline nationalists in Quebec. It was used by the Patriote movement in Lower Canada (present-day Quebec) between 1832 and 1838. It is highly similar to the civil flag of the German bundesland of North Rhine-Westphalia. Some theories about its origins pretend that the color green was adopted to represent the Irish of Lower Canada, the color white for the “French Canadians” and red the English of the territory. Some also say that the tricolor style was inspired by the French tricolor, symbol of the French Revolution that inspired the Patriotes. It became the national flag of the Republic of Lower Canada at the Declaration of Independence of Lower Canada in 1838.

Nowadays, it is used by contemporary Quebec independence supporters as a symbol of their movement and ideal. As such, it serves a purpose similar to the Estelada flags, symbols of the Catalan independence movement. It is often seen in crowds at Quebec National Day concerts and gatherings and was featured at the voting day assembly of YES supporters of the 1995 Quebec referendum on independence.

4
The Flag of Europe 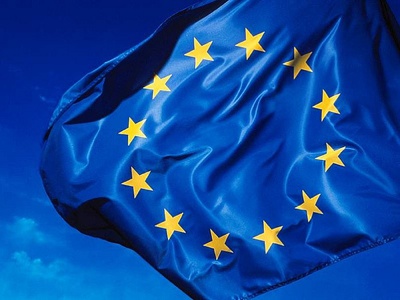 The Flag of Europe is the flag and emblem of the European Union (EU) and Council of Europe (CoE.) It consists of a circle of 12 golden stars on a blue background. The blue represents the west, the number of stars represents completeness, while their position in a circle represents unity. The stars do not vary according to the members of either organization as they are intended to represent all the peoples of Europe, even those outside European integration.

In 1985 the EU, which was then the European Economic Community (EEC), adopted it as its own flag (having had no flag of its own before) at the initiative of the European Parliament. The flag is not mentioned in the EU’s treaties, its incorporation being dropped along with the European Constitution, but it is formally adopted in law. Despite it being the flag of two separate organizations, it is often more associated with the EU due to the EU’s higher profile and heavy usage of the emblem. The flag has also been used to represent Europe in sporting events and as a pro-democracy banner outside the Union. Euroscepticism, a general term for opposition to the European Union or the process of European integration, however, makes its use controversial in some cases.

3
The Flag of Iraq 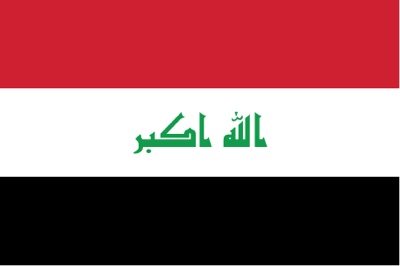 On January 21st, 2008, a new flag was confirmed by the Iraqi parliament. In this current version, the three stars were removed, while the Takbir (the words Allaahu Akbar, or “God is Great”) was left written in green Kufic script. The flag is controversial, as some Iraqis refuse to accept the legitimacy of a government whilst foreign troops remain active in Iraq. Some Sunni tribal leaders took offense at the purging of the stars, a symbol of the nation’s former Sunni regime. However, as of April 2009, Anbar province raise the new Iraqi flag as evident on the official site of Anbar province. The New York Times reports that the flag design recently imposed is designed to be temporary and mentions that Iraqis have “expressed varying opinions about the new flag.” 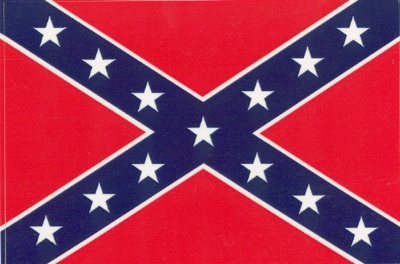 The Confederate battle flag, also called the Southern Cross, Stars and Bars, Dixie Flag, or The Rebel Flag, has been described variously as a proud emblem of Southern heritage and as a shameful reminder of slavery and segregation. In the past, several Southern states flew the Confederate battle flag along with the U.S. and state flags over their statehouses. Others incorporated the controversial symbol into the design of their state flags. The display of the Confederate flag remains a highly controversial and emotional topic, generally because of disagreement over the nature of its symbolism. As a result of these varying perceptions, there have been a number of political controversies surrounding the use of the Confederate flag in Southern state flags, at sporting events, at Southern universities, and on public buildings.

According to Civil War historian and native Southerner Shelby Foote, the flag traditionally represented the South’s resistance to Northern political dominance; it became racially charged during the Civil Rights Movement of the 1950s and 1960s, when fighting against desegregation suddenly became the focal point of that resistance.

1
The Flag of the USA 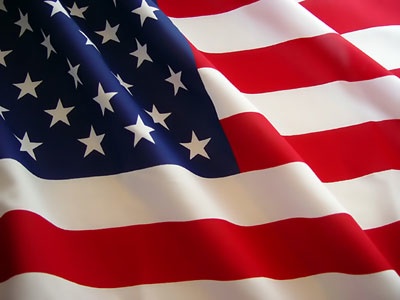 Also called the Stars and Stripes, Old Glory, and The Star-Spangled Banner, the flag features fifty stars, representing the fifty states, and thirteen stripes, which represent the original thirteen colonies that rebelled against the British crown and became the first states in the Union.

The American flag is to some a symbol of the freedom, liberty and opportunity found in the USA, while to others it represents America’s military presence around the world or economic dominance. While it is not uncommon to see news footage of the American flag being burned in protest in the Middle East, it is also sometimes burnt in protest within the country. The United States Supreme Court has ruled that, due to the First Amendment to the United States Constitution, it is unconstitutional for a government (whether federal, state, or municipality) to prohibit the desecration of a flag, due to its status as “symbolic speech.”

In my opinion, the modern era of multiculturalism in America has brought with it a lack of appreciation for the value of American symbols. America’s earliest generations of immigrants actively assimilated into American culture and appreciated the liberty they were afforded that was often not part of the cultures they left behind.