Every year scientific groups and national organizations conduct studies and experiments examining human dreams. The study of dreams is known as oneirology. Progress is being made in this area of work, but as a population we know very little about the content and purpose of our dreams. One thing is for sure, the images, thoughts, and emotions that pass through our bodies during sleep can greatly influence our outlook on life. Keep in mind that the word dream stems from the Middle English word dreme, meaning joy and music. Following our first list about dreams, here are ten more amazing facts about dreams.

10
Your Brain is Active When You Dream 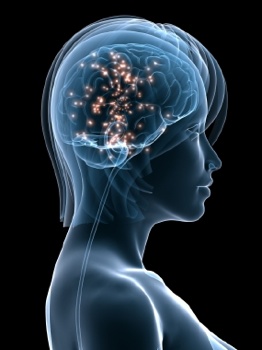 Studies have provided evidence suggesting tremendous variation in brain activity during sleep. This has been demonstrated using EEG technology. Scientists have identified five distinct stages of sleep, characterized by differences in brain activity. Stages 1-4 and a final stage labeled rapid eye movement (REM) sleep. When awakened during REM sleep, subjects report dreaming. With the development of new brain imaging technology in the early 1990’s we learned even more about brain activity during REM sleep. Researchers found that certain areas of the brain are extremely active during the REM sleep state, even more active than being awake. Studies have shown that certain visual areas of the human cortex, which decode complex visual scenes, are significantly more active during REM sleep. Intense activity is also observed in the limbic system, which is a set of structures heavily involved in human emotion. 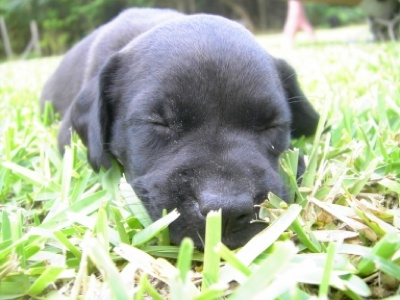 We can’t be 100% sure that animals dream in a similar way as humans, but they do enter into a state of REM sleep. REM sleep occurs in all mammals, although it excludes the egg-laying monotremes of Australia. The sentinel hypothesis of REM sleep, which was put forward by Frederic Snyder in 1966, proposes that many mammals wake-up immediately after entering into REM sleep, leading him to infer that the process was being used as a defense mechanism. Many birds also show signs of REM sleep, but reptiles and other cold-blooded animals do not. The echidna does enter into REM sleep, but only if its environment is around 25°C. Dogs and cats also experience this stage of sleep. 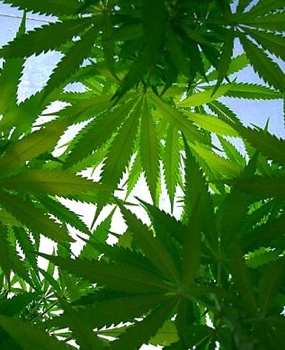 Many people who smoke marijuana report having no dreams, yet after they quit, the same people report extremely vivid and intense dreams. Most vivid dreams take place during REM sleep, so the logical scientific question is “Does marijuana (THC) affect REM sleep?” A study conducted in 1975 compared the sleep patterns of experienced marijuana users with non-smokers. The results showed reduced eye movement activity and less REM sleep in the THC condition. They also reported a REM rebound effect, which is more REM activity upon withdrawal from THC. Scientific evidence exists that correlates marijuana use with a loss of REM sleep and dreams, so the next time you smoke marijuana and don’t remember your dreams you will know why. 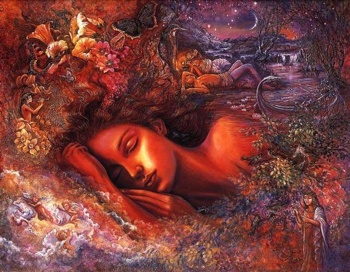 Epic dreams are extremely vivid and can be life changing. These dreams are so compelling that they will often generate a greater awareness of your natural surroundings. Epic dreams will give you a fresh and new perspective on an aspect of life. When you wake up from an epic dream you will feel as if you have discovered something profound or amazing. The epic dream will remain with you for years. People who experience these types of dreams often report a continuous storyline that constitutes an entirely different and ongoing life. Many people sleep during their epic dreams, having a dream within itself. 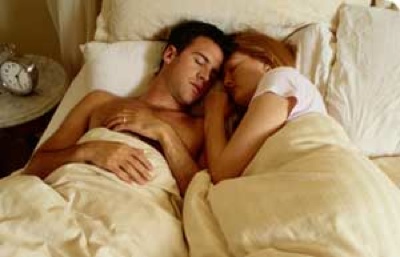 Many studies have been conducted to examine differences in the dreams of men and women. It has been shown that women dream of both genders equally, yet 67% of the time the characters in men’s dreams are predominantly male. Women’s dreams tend to last longer and include more emotional content whereas men’s dreams are reported to include more violence, cars, and roads. On average, 8% of people’s dreams include sexual activity. The primary gender difference in sexual dreams is that men tend to dream about unknown or public places and their dreams often feature strangers, while the opposite is true for the majority of women. Women more often dream of enclosed bodies of water, such as pools, lakes, ponds. Of course this data is based on general percentages and is not true for everyone. 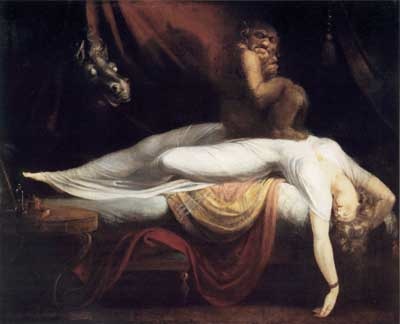 Sleep Paralysis is a condition that affects many people in the world. It is directly related to the REM sleep stage and dreaming. Sleep paralysis corresponds with REM atonia, which is the state of paralysis that occurs during REM sleep. A person experiences sleep paralysis when the brain awakes from the REM sleep cycle, but the paralysis state remains. The person is conscious, but unable to move. They continue to dream and in many cases can visually experience their dreams in their room. A person experiencing sleep paralysis is not fully conscious, but well aware of what is happening. The experience has been described as distorted tunnel vision. The paralysis state may be accompanied by extreme hallucinations and a sense of danger. Many historical claims of alien abduction have been explained by extreme cases of sleep paralysis. 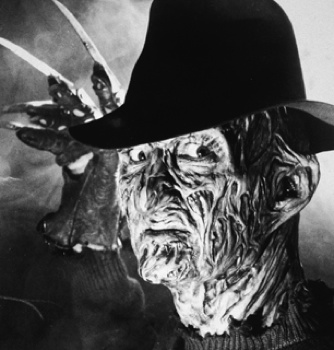 Ernest Hartmann has published many books and papers on the topic of nightmares. His work has indicated that the most common theme of a nightmare is being chased. Adults are commonly chased by a male figure, while children face animals or fantasy creatures. Nightmares are less common in adults and children experience them most often between the ages of three or four and seven or eight. About 5-lO% of people have nightmares once a month or more frequently. Hartmann’s work suggests that nightmares directly correlate with daily activities and are an indicator of fear or anxiety that needs to be confronted. Some common triggers can be drug abuse, traumatic events, or the loss of a loved one. Night terrors are quite different from nightmares. They occur during the first hour or two of sleep and during the non-rapid eye cycle. Loud screaming and thrashing is common. The sleeper is hard to awake and usually remembers no more than an overwhelming feeling or a single scene. Night terrors are much less common than nightmares. Children from the ages of two to six are most prone to night terrors, and they affect about 15% of all children. 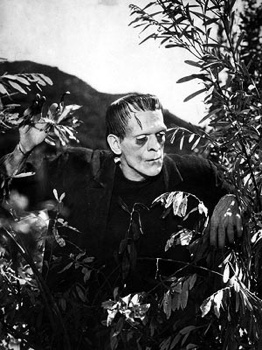 Dreams have often been credited with influencing world changing events. Mary Shelley wrote Frankenstein after having a dream about the monster. “I saw the hideous phantasm of a man stretched out, and then, on the working of some powerful engine, show signs of life, and stir with an uneasy, half-vital motion.” Elias Howe was a sewing machine pioneer who greatly influenced the product in the middle of the 19th century. He is recorded as saying that he had a vivid dream about a group of cannibals that were preparing to cook him. They were dancing around a fire waving their spears up and down. Howe noticed that in the head of each spear there was a small hole, which ultimately gave him the idea of passing the thread through the needle close to the point, not at the other end. It was a major innovation in making mechanical sewing possible. The scientist Friedrich August Kekulé discovered the seemingly impossible chemical structure of benzene (C6H6) after having a dream about a group of snakes swallowing their tails. In 1953, James Watson and Francis Crick discovered the structure of DNA. Watson later reported that the idea came to him after dreaming of a series of spiral staircases. A few days prior to his death Abraham Lincoln discussed a dream with his wife in which he previewed a dead body wrapped in funeral vestments surrounded by hundreds of mourners. He claims to have been told by a soldier that the president had been assassinated. 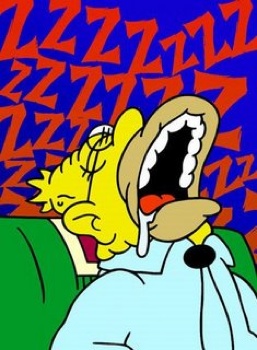 Snoring is a major problem for millions of people. Many individuals who experience chronic snoring are suffering from a REM sleep disorder. During REM sleep individuals will experience irregular breathing, a rise in blood pressure, vivid dreams, and paralysis. People who snore regularly do dream, but will not remember them as often as normal sleeping individuals. They often will develop a REM sleep disorder. This disorder is a condition in which the individual does not experience any kind of paralysis when they sleep. The absence of this paralysis causes many people to physically act out their dreams. Such physical behaviors often include talking, yelling, punching, kicking, jumping out of bed, arm flailing, and even grabbing. The person will remain sleeping while acting out their dreams and will not remember the activity or dream the following day. 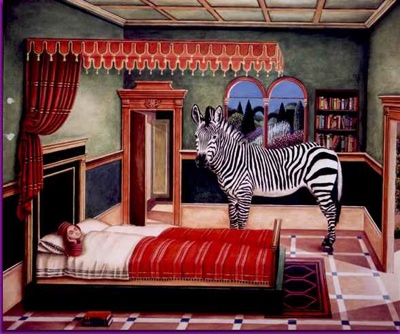 REM sleep begins when signals are broadcasted from the base of the brain, an area called the pons. The pons distributes signals to the thalamus, which directs them towards the cerebral cortex. The cerebral cortex is the area of the brain responsible for learning, thinking, and organizing information. The pons also sends signals that shut off the neurons in the spinal cord, causing temporary paralysis during REM sleep. REM sleep activates the area of the brain that we use for learning. This may be an extremely important factor in normal brain development during infancy. It may explain why small children spend much more time in REM sleep then adults. In addition, REM sleep is associated with increased protein in the brain. Studies have been conducted that correlate REM sleep and learning mental skills. Separate groups of people were taught the same skill and a larger percentage of individuals who fell into REM sleep during the night were able to recall the skill the next day. This theory is called the Ontogenetic Hypothesis of REM sleep.