History is a funny sort of thing. As humans, we often take an extremely complex event and filter the information from that event that best captures the story in our minds. As a result of the limited nature of the human brain, often fascinating and/or critical information is lost. In this list, I wanted to capture some of the often overlooked and under-reported information surrounding major historical events. This list is in no way definitive and somewhat U.S.-centric. It would be great to see future lists that cover the topic in respect to other countries. 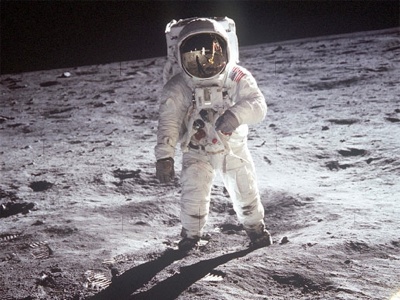 While the moon landing may be the single most remembered event in the history of mankind and President John Kennedy, as the man who championed and led this accomplishment, often forgotten is Kennedy’s true motive for the daunting task. In a conversation with James Webb, the director of NASA at the time, Kennedy was quoted as saying, “Everything we do ought to really be tied into getting on to the Moon ahead of the Russians […] otherwise we shouldn’t be spending that kind of money, because I’m not interested in space […] The only justification for [the cost] is because we hope to beat [the USSR] to demonstrate that instead of being behind by a couple of years, by God, we passed them.” Due to this passion to push the U.S. past the Soviets, Kennedy essentially diverted all of NASA’s funds to the moon landing, much to the dismay of Webb, who favored a broader approach of discovery and programs. 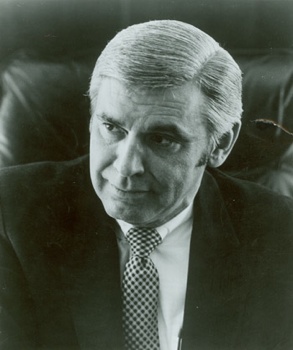 Due to the powerful images conjured up while recalling the horrific incident in Jonestown that saw 900+ men, women and children die through suicide or murder, the world often only remembers the victims that were actually in the compound itself and forgets the victims that tried to flee with Congressman Leo Ryan, who was there to determine whether or not U.S. citizens were being held against their will. The day before the mass suicide, Ryan and other U.S. government officials landed in Guyana. During their visit, many of the cult members asked to leave with Ryan’s delegations. Arriving at the airport, the delegation was ambushed by the cult, one of who had embedded himself into the group asking to leave. The embedded cult member drew a gun on the plane and summarily shot the passengers. Additionally, the cult disbanded a small force and attacked the delegation from a tractor with a trailer. Congressman Ryan was one of those murdered, becoming the first and only U.S. Congressman killed in the line of duty in the history of the U.S. 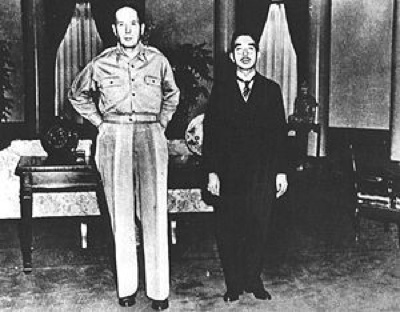 When U.S. history recalls Japan in WWII, it often only remembers the mushroom clouds that scarred Japan’s physical geography and overlooks the strong psychological moorings that were devastated after the surrender. Following the surrender of Japan, U.S. General MacCarthur forced Hirohito to issue the, “Humanity Declaration,” or the Ningen-sengen. In the declaration, the Emperor proclaimed that in fact and contrary to the Shinto religion, which the culture at the time was largely built upon, he was not a god. Interestingly however, the confession was given in an archaic, court form of Japanese allowing the Emperor to be deliberately vague. It is theorized that he substituted the much more common word, “arahitogami” or “living god”, with the much more unique word “akitsumikami,” meaning an, “incarnation of god.” Many scholars have noted that one could be a living god, without being an incarnation of god. 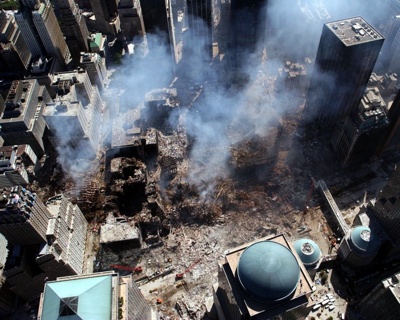 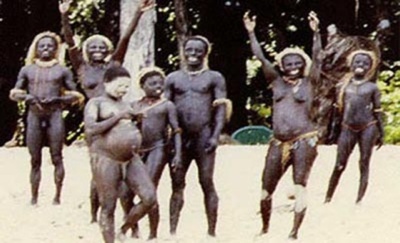 Immediately following the 2004 Tsunami, the world was so rocked with the staggering death toll of nearly 240,000 individuals that it is often forgotten that many of the more rural and traditional citizens were able to survive through an indigenous understanding of the signs of an incoming tsunami. For example, scientists in the area initially were convinced that the aboriginal population of the Andaman Islands would be significantly ravaged by the tsunami, however, all but one of the tribes in the islands (oddly enough, the one that had largely converted to Christianity and thus, a change of lifestyle,) suffered only minor casualties. When questioned, the tribesmen explained to the scientists that the land and ocean often fought over boundaries and when the earth shook they knew that the sea would soon enter the land until the two could realign their borders. Because of this, the villagers fled to the hills and suffered little or no casualties. Additionally of note is the story of Tilly Smith, a 10-year-old British student vacationing on Mikakhao Beach in Thailand. Tilly, had recently studied tsunamis in school and immediately recognized the frothing bubbles and receding ocean as a harbinger of a tsunami. Along with her parents, they warned the beach and it was entirely evacuated safely. 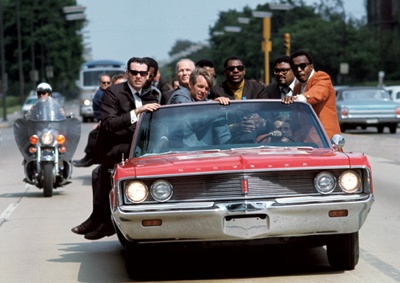 While nearly everyone can name the place (The Ambassador Hotel in Los Angeles) and perpetrator of the assassination (Sirhan Sirhan), few people recall the man who captured and disarmed the gunman. That man was Rosie Grier, an American Football sensation (Super Bowl Champion, 2 time pro-bowler, member of the Ram’s “Fearsome Foursome,” and 5 time All Pro defensive tackle.) On the night of the assassination, Grier was the bodyguard for Kennedy’s pregnant wife. Along with Rafer Johnson, an Olympic gold medal decathlete, Grier heard the shots and tackled Sirhan. Grier, then jammed his finger behind the trigger of the gun and broke Sirhan’s arm. Grier then fought off those that were literally ready to rip Sirhan apart. Later Grier, would explain that, “I would not allow more violence.” Additionally, Grier would later testify to Judge Lance Ito during the O.J. Simpson trial that he had been present when O.J. confessed to the crimes in prison. Judge Ito however, ruled that the testimony was inadmissible. 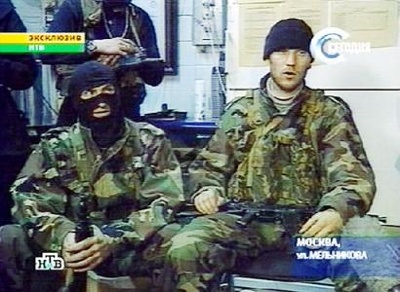 When the news broke that the Russian military had ended the standoff where 850 people were held hostage by a Chechen separatist group in Moscow, the focus of the news quickly turned to the dramatic rescue. Due to this, the heroism and sacrifice of Olga Romanova, is often overlooked. When Romanova, a 26 year-old perfume-shop clerk, heard of the crisis, she left the safety of her parent’s house and walked to the Theatre alone. Convinced that she could reason with the terrorists and at the very least convince them to free the women and children, Romanova somehow managed to bypass the intense security in the area and enter the theatre. She then confronted the rebels and pleaded for the immediate release of the hostages. The terrorists, suspecting that she was FSB, marched her into an adjoining room and executed her with a shot to the head. 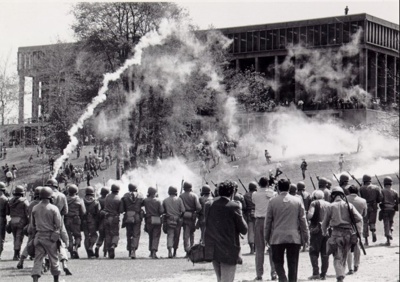 Due to the iconic photo of a student lying dead and another leaning over his body and weeping, the Kent State Massacre has largely been accepted as a single event that took place in Ohio and resulted in 4 students being killed by the U.S. National Guard. What is often forgotten about the event is the sheer size and scale of the overall national unrest at the time of the shootings. Immediately following the shooting and centered on the common sentiment of, “they can’t kill us all,” 900 college campuses were closed because of violent and non-violent protests. Also, 100,000 people descended on Washington D.C., smashing car windows, lighting fires, looting and barricading streets and freeways. The President of the United States was evacuated to Camp David and the 82nd Airborne was brought in to defend the white house. Additionally, Nixon organized a special commission to focus solely on campus unrest. Ray Price, Nixon’s chief speechwriter was quoted as saying, “that’s not student protest, that’s civil war.” Overall, 4,000,000 people took place in the protests. It was at the time, the only nation wide protest on college campuses. 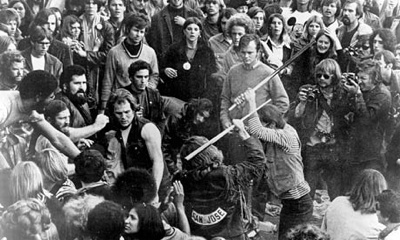 When the Altamont Concert is remembered, it is often solely for the Hell’s Angels providing “security,” and the ensuing riot that left an 18-year old man dead. According to sources, the Rolling Stones had hired the Hell’s Angels to keep people off the stage and to escort the Stones through the site. According to some witnesses, the Angels were hired for $500.00 worth of beer. As the evening went on, the crowd and the Angels got increasingly agitated with one another. The crowd pressed to the stage and the Angels fought them back. In the ensuing melee, Meredith Hunter was killed and the death has ever since been remembered as an example of the Angel’s inherent lawlessness and violence. However, what is not often remembered is the actual event that spawned the killing. Meredith Hunter, high on methamphetamine was captured on camera approaching the stage and brandishing a pistol. In response to the imminent danger, an angel drew a knife and stabbed him. The act of violence was determined by a judge to be an act of justifiable homicide as the Angel had every reason to believe his life was in jeopardy. 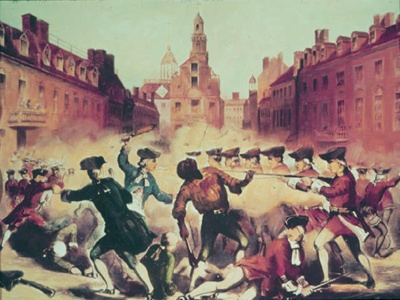 The Boston massacre was one of the most critical events that led the colonies of America to revolt against King George III. While it is well remembered in this fashion, the fates of the British soldiers that fired on the civilians are often forgotten. In fact, the Captain that was present and 8 of the soldiers were arrested and tried. What is interesting is that the defender of the soldiers was none other than, John Adams, founding father and future President of the United States. No lawyer in Boston would take the case and so the court pled with Adams to represent the men. Although, he was hesitant, he so believed that everyone deserved a fair trial that he finally relented. Adams successfully convinced the jury that 6 of the men were afraid for their life and therefore, had the right to defend themselves. Interestingly, two of the men were convicted of murder, however, Adams presented a loophole to the court whereby according to English law, if the men could read then they could claim to be clergy and thereby were not bound by secular law. Adams had the men read out-loud from the Bible and the charges were reduced to manslaughter for which they were punished by a branding on the thumb.