Shapeshifting is a common theme in mythology and folklore. Many legendary creatures have this ability, which is represented in a full body transformation. It enables the creature to trick, deceive, hunt, and kill humans. Throughout history many murder sprees have been attributed to the presence of these beings. As Halloween is just around the corner, this list might help to give you all some ideas for a costume if you are going to a party. [JFrater: I am going to a Halloween party but I have no idea what I should go as – something that reflects a topic from the site might be nice. Any ideas?] 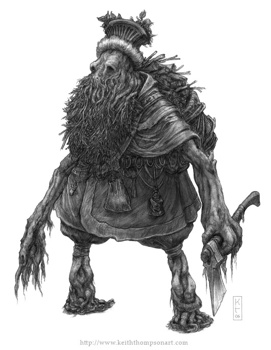 The Leshy is a male woodland spirit in Slavic mythology believed to protect wild animals and the forests. They usually appear as tall men, but have the ability to change size and shapeshift into any form, animal or plant. Leshies have beards made of living grass and vines, and are often depicted with a tail, hooves, and horns. The Leshy has pale white skin and dark green eyes. They are the lords of the forest and hold close bonds with gray wolves, bears, and all animal life. When a leshy is in human form it looks like a common peasant, although its eyes glow. The creatures can shrink themselves to the height of a blade of grass or grow to the size of the tallest trees. It is commonly understood that leshies will lead peasants astray, make people sick, and even tickle them to death. The creatures are terribly mischievous and have horrible cries. However, Leshies can also imitate human voices and often times lure lost wanderers to their caves. They aren’t always evil, but enjoy misguiding humans and kidnapping young women. 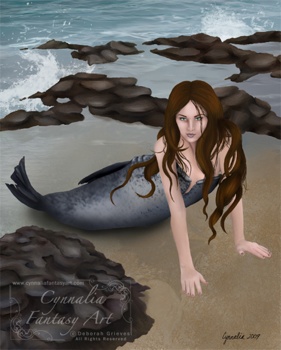 Selkies are creatures found in Faroese, Icelandic, Irish, and Scottish mythology. They have the ability to transform themselves from seal to human form. Selkies are able to shapeshift by shedding their seal skin, a risky endeavor because they must reapply the same skin in order to return to seal form. Stories surrounding these creatures are usually romantic tragedies. They are allowed to make contact with humans for only a short amount of time before they must return to the sea. In many cases humans have unknowingly fallen in love with selkies. Other times, humans have hidden the skin of the selkie, thus preventing it from returning to seal form. Male selkies are very handsome in their human form, and have great seduction powers over women. If a man finds and steals a female selkie’s skin then she will be under his control and is often times forced to become his wife. The creatures have been known to lure humans into the sea, by creating illusions and a false sense of reality. 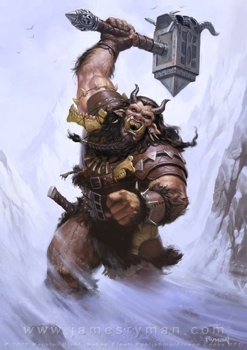 Berserkers were a group of Norse warriors. They are human, but in battle entered into a nearly uncontrollable, trance-like fury, and transformed into wolves, bears, and wild bulls. This enabled the men to fight more effectively. Their name would give rise to the English word “berserk”. Berserkers were said to wear the pelts of bears and wolves as they entered battle and could make the full transformation as they felt necessary. They are characterized as having bloodshot eyes, incredible strength, and endurance. Various Scandinavian kings used berserkers as part of their army or as hired men and royal bodyguards. Similar behavior is described in the Iliad, in which warriors are possessed by Gods and given the power to exhibit superhuman abilities. 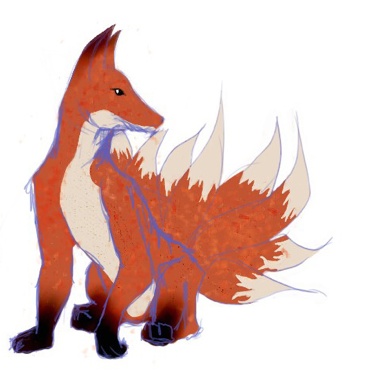 In Japanese folklore the Kitsune is an intelligent and magical being. The creature’s strength increases with age, wisdom, and life experience. Kitsune is a Japanese fox. They have the ability to assume human form and are great tricksters. The creatures are noted for having as many as nine tails. A kitsune may take human form when it reaches a certain age, usually 100 years. They prefer to assume the shape of a beautiful woman, young girl, or elderly man. The creatures have the ability to clone the appearance of an individual. Kitsune have a fear and hatred of dogs. They can willingly manifest themselves in people’s dreams and create illusions so elaborate that they are perceived as reality. The kitsune can fly, become invisible, and often times generate fire or lightning. In some regions of the world the creatures can bend time, space, and drive people mad. 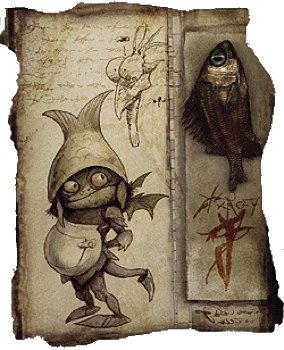 The púca is a legendary creature of Celtic folklore, most notably in Ireland, the West of Scotland, and Wales. The púca is a mythological fairy and ultimate shapeshifter. The creatures are capable of assuming a variety of terrifying forms, including a horse, rabbit, goat, goblin, or dog. No matter what shape the púca takes, its fur is always dark. They are most commonly seen as a black horse with a flowing mane and luminescent orange eyes. Púcas have the power to use human speech and although they are known for giving good advice, they also enjoy confusing and terrifying humans. Púcas have a fondness for riddles and are sociable creatures. They love to gather and play pranks on unsuspecting people and children. In many regions of the world the púca is seen as a creature of the mountains and hills. They are incredibly respected and if treated nicely will help humans. 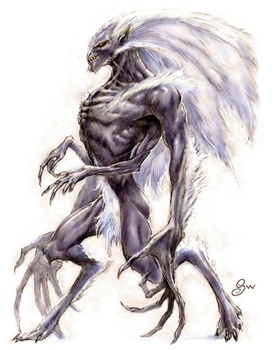 The Wendigo is a creature appearing in the mythology of the Algonquian people. Descriptions of the Wendigo vary across culture, but they are generally described as a large alien-like canine beast. They are malevolent and cannibalistic creatures. Wendigos are strongly associated with the winter, the north, and coldness. Human beings will transform into Wendigos if they perform cannibalism. The person will become possessed by the demonic spirit of the beast, usually in a dream. Once transformed, the individual will become violent and obsessed with eating human flesh. These monsters are the embodiments of gluttony, greed, and excess. They are never satisfied with killing and consuming one person. Wendigos are constantly searching for new victims. They have been classified as giants and upon transformation the human will grow considerably in size. They populate rural and highly forested, mountainous regions. Recently the Wendigo has become a horror entity, much like the vampire, werewolf, or zombie. 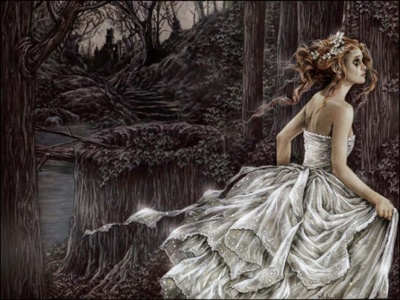 An encantado is a Brazilian legendary creature. They live in a deep underwater realm named the Encante. Encantados are most commonly viewed as a type of freshwater dolphin or sea snake that has the ability to shapeshift into human form. They are characterized by superior musical ability, seductiveness, and attraction to parties. The creature’s transformation into human form seems to be rare, and usually occurs at night. While in human form the encantado will wear a hat to hide its protruding forehead. It does not disappear while shapeshifting and frequently displays magical abilities, such as the power to control storms and haunt humans. They use various mind control techniques and can inflict illness, insanity, and even death. The creatures are known for kidnapping humans. Many villagers will not go near the Amazon River at night because of this. Plenty of South Americans believe in the existence of the encantado and claim to have seen and interacted with the species. 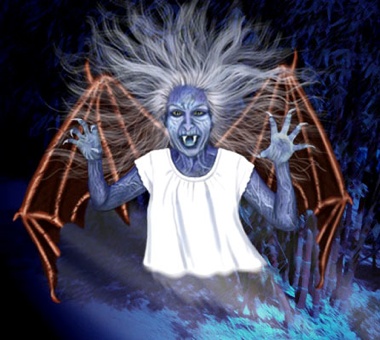 An aswang is a mythical creature in Filipino folklore. The legend of the aswang is well known throughout the Philippines, except in the IIocos region. The creature is described as a combination of vampire and witch and is almost always female. The aswang is an eater of the dead and a cannibal. They are capable of transforming into either a huge black dog or a black boar. The creatures stalk and eat human beings at night. Garlic bulbs, holy water, and other objects are believed to repel aswang. Many stories revolve around these creatures eating children and unborn fetuses. In human form they appear normal, and are quiet, shy, and elusive. At night, they transform into the deadly beast. One key feature of the aswang is its bloodshot eyes. In the Middle Ages, the aswang was the most feared among the mythical creatures in the Philippines. 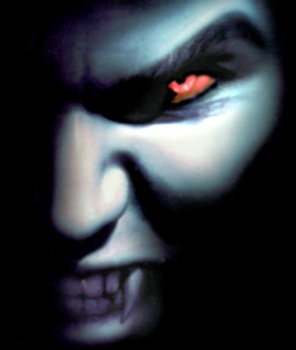 Vampires are legendary creatures said to feed on the blood of humans and animals. It is difficult to make a single, definitive description of the folkloric vampire, although they were usually reported as bloated in appearance, ruddy, purplish, or dark in color. They are shapeshifters and can take many forms, predominantly bats or humans. Vampires are typically described as the undead, although some cultures believe that they can be living. Beginning in the 19th century, modern fiction began to portray vampires as gaunt and pale. In the past, vampire superstition in Europe led to mass hysteria, which resulted in corpses being staked and people being accused of vampirism. Many violent killing sprees have been attributed to vampires. They are known to terrorize their previous neighborhoods and will seduce their victims, waiting for the right moment to attack the neck. The creatures will frequently visit their relatives, particularly their spouses. Vampires are masters of disguise and camouflage. The most recently recorded case of vampirism is that of nineteen-year-old Mercy Brown, who died in Exeter, Rhode Island in 1892. 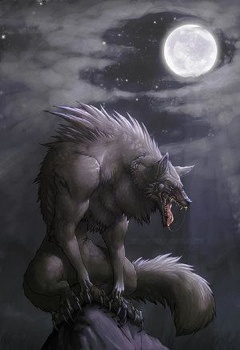 Lycanthropes or werewolves are mythological humans that have the ability to shapeshift into wolves or anthropomorphic wolf-like creatures. They can infect the human population with a bite and the creature’s transformation is often associated with a full moon. The lycanthropes mythology originated in Europe, but many accounts are found all over the ancient world. Features of the werewolf include the meeting of both eyebrows at the bridge of the nose, curved fingernails, low set ears, and a swinging stride. They have super-human strength and senses, far beyond those of either wolves or men. The beasts are known to feed on the homeless and easy prey. A person can be identified as a werewolf by cutting into their flesh to reveal hair or by revealing special bristles under their tongue. In returning to the human form the creature becomes weak and debilitated. Up until the 20th century wolf attacks on humans were widely reported causes of mass death in Europe.