It is certainly not a secret that I love all things obscure and unusual. Looking over the list of lists today I realized that we haven’t got a list of just completely random fascinating obscure facts – thus was born this list. Be sure to tell us your own favorites in the comments below as they may appear in a future list. 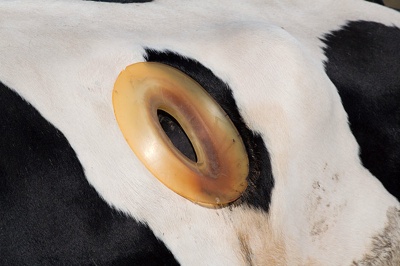 1. In the game of Chess, the word “checkmate” comes from the Persian phrase “shah mat” and it means “the King is dead”.

2. In 1835, John Batman settled in what was to eventually become Melbourne, Australia. He named it “Batmania”. Two years later it was renamed Melbourne in honor of the Prime Minister, Lord Melbourne.

3. A cannulated cow, also referred to as a cow with a window, is a cow that has been surgically fitted with a cannula, a porthole-like device which allows access to its rumen. Cows undergo this procedure so that their nutritional needs and digestive processes can be more easily studied. [Picture above]

4. The rabbit test was an early pregnancy test developed in 1927 by Bernhard Zondek and Selmar Aschheim. The test consisted of injecting the tested woman’s urine into a female rabbit, then examining the rabbit’s ovaries a few days later, which would change in response to a hormone only secreted by pregnant women. Modern pregnancy tests use the same principle but no longer require an animal to discover the presence of the pregnancy hormone.

5. While most male birds do not have “external genitalia”, some ducks have penises up to 14 inches long!!!! They commonly rape the females who have adapted by developing a vagina with three paths, two of which are “dead ends”. They have the ability to close off the true vaginal canal and send a rapist’s sperm into a dead end at will. If the rapists sperm does make it into the true vaginal canal, it is shaped like a coil and can be compressed to turn away unwanted insemination.

6. A flatulist is a performer who receives payment for farting in an amusing and/or musical manner. Saint Augustine in City of God (14.24) mentions some performers who did have “such command of their bowels, that they can break wind continuously at will, so as to produce the effect of singing.”

7. The six-hour clock is a traditional timekeeping system used in Thailand alongside the official twenty-four-hour clock. Like the other common systems, it counts twenty-four hours in a day, but divides the day into four quarters, counting six hours in each

8. Organ2/ASLSP (As SLow aS Possible) is a musical piece composed by John Cage and is the subject of one of longest-lasting musical performances yet undertaken. The current organ performance of the piece at St. Burchardi church in Halberstadt, Germany, began in 2001 and is scheduled to have a duration of 639 years, ending in 2640.

9. A pyrophone, also known as a “fire/explosion organ” or “fire/explosion calliope” is a musical instrument in which notes are sounded by explosions, or similar forms of rapid combustion, rapid heating, or the like. The instrument is extremely unusual and makes music which is quite spooky. You can see one in action in the clip above. 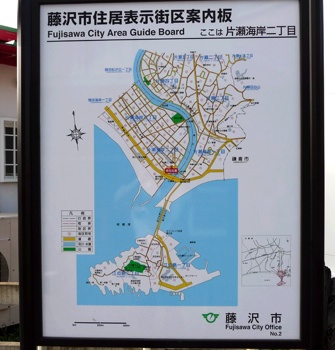 11. Ferret legging is a sport that seems to have been popular among coal miners in Yorkshire, England. The Official Dictionary of Unofficial English defines it as “an endurance test or stunt in which ferrets are trapped in pants worn by a participant”. The male-only contestants put live ferrets inside their trousers; the winner is the one who is the last to release the animals. Reg Mellor, a retired miner from Barnsley, holds the world record at five hours and twenty-six minutes, a feat he achieved in 1981 at the age of 66.

12. In Japan, Street names are seldom used in postal addresses (except in Kyoto and some Hokkaid? cities such as Sapporo), and most Japanese streets do not have names. Addresses are written from largest area to smallest (the opposite of the Western method) and each district, block, and house is numbered. These numbers are what determine a specific residence. [Picture above]

13. The glass delusion was an external manifestation of a psychiatric disorder recorded in Europe in the late middle ages (15th to 17th centuries). People feared that they were made of glass “and therefore likely to shatter into pieces”. One famous early sufferer was King Charles VI of France who refused to allow people to touch him, and wore reinforced clothing to protect himself from accidental “shattering”.

14. The miracle fruit, or miracle berry plant (Synsepalum dulcificum), produces berries that, when eaten, cause sour foods (such as lemons and limes) subsequently consumed to taste sweet. Needless to say this gives rise to some great party tricks.

15. The Forer effect is the observation that individuals will give high accuracy ratings to descriptions of their personality that supposedly are tailored specifically for them, but are in fact vague and general enough to apply to a wide range of people. This is the effect which makes fortune telling and horoscopes appear so accurate when they are, in fact, entirely fabricated.