We all love a good ghost story, right? What could be better than sitting around a fire, flashlight aimed upward, casting creepy shadows across your face and illuminating all those boogers that nobody has the heart to tell you about? What is more exhilarating than piling into a much-too-small car with a few larger-than-desirable friends and driving to that bridge that your parents told you about? You know, the one where your usually uptight dad spent many an uncharacteristically-adventurous night. What is better than constantly ragging on the little wuss in the back seat who is channeling the “guys-turn-around-we’re-gonna-arrested” spirit, even though he is clearly afraid of what everybody else is desperately hoping will happen? What is better than getting pulled over by the cop whose night was just a little too long, who is currently writing you a ticket for having too many people in the car, half of whom didn’t buckle their seat belts? Inhale deeply and say it with me: “Awww, memories!

But for every original, spooky ghost story you hear, there are 10 more that you hear that sound pretty identical. Like, “we-have-a-story-like-that-in-our-town-except…” kind of identical. Every story has it’s kernel of truth, but sometimes it feels like that kernel was genetically cloned from a kernel in another state, creating clone-corn ghost stories. Here are 10 of the most common elements in the world of ghost stories. 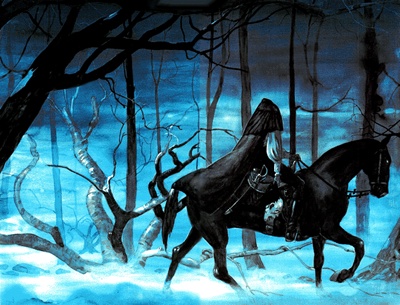 That headless railroad employee that roams the tunnels looking for his lost head is simply not allowed to go by his name in life. After his demise, his spirit must adopt a nickname, one that will scare the bejeezus out of the teenagers looking for him. I mean, nobody likes a boring ghost, am I right? Allen must now go to court to have his name legally changed. Allen has got to go. Besides, you look more like a Headless Hank, or Decapitated Dale, anyway. 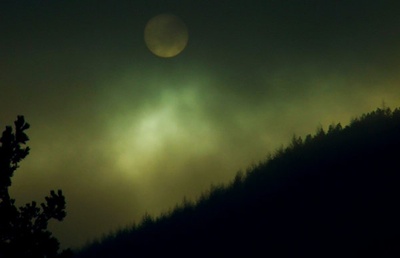 Most of those idiot skeptics out there will argue that the whole weather issue only exists so that believers and legend-mongers will have a scapegoat when you show up, and the ghost doesn’t. Silly skeptics, logic is for kids! No, it is clear that ghosts prefer certain weather. I mean, might as well make a show of it, right? Or, some ghosts manifest easier early in the foggy morning, or during a full moon with plenty of shadows, or a NEW moon with no light at all. Trust your peripheral vision, that ambiguous shadow or odd shape in the fog that you barely caught out of the corner of your eye is the ghost coming out to enjoy the weather! 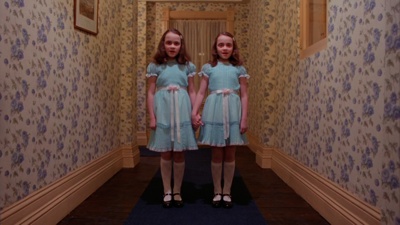 After talking to Satan, Joe Axe-Murderer took off in his 20-year-old pickup truck, found a school bus full of homeless orphans, and hacked them all into tiny pieces. They were all so petrified, that none of the 30-odd children thought to take off and call for help. They all just watched Joe hack up their brethren, and waited their turn. Such a tragic incident would leave an imprint on the fabric of reality, right? Of course! So when you are driving down the road, try to keep and ear open for the screams of the victims or the ghost of a raggedy old man leering at you from the bushes. 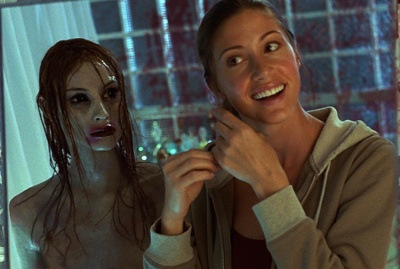 Linda X was a depressed gal, living in the 18th century when apparently young girls killing themselves were more tragic (don’t ask how, I don’t know), when she was walking down the road. She had a length of rope, and was making towards the town’s covered bridge. Conveniently, nobody noticed her leaving her home or walking towards the bridge, rope in hand. Up went the rope, down went Linda, and now you can see it all with the residual-haunting flashback! All you need is a covered bridge and complete emotional disregard for some ancient girl’s self-inflicted demise. 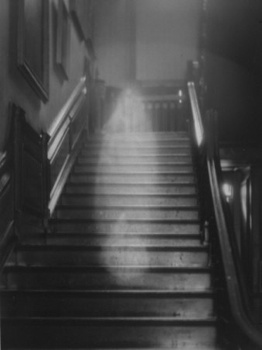 Back off this one, skeptics, because it is legit. Some spirits are busy, and can only perform at certain times. You can buy tickets, because an event like this is guaranteed to attract more curious teenagers than I’ve got run-on sentences in my introduction. And if you don’t see it, that is because the ghost got scared off by such a big audience, not because it doesn’t exist. 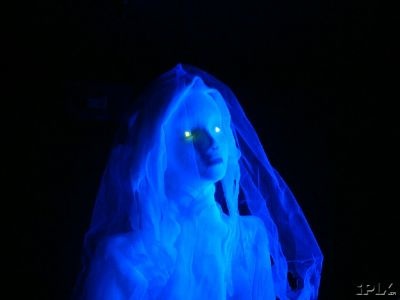 The ideal wedding night doesn’t involve dying, usually. But, if you want to become a ghost/local legend, this is your best shot. And sorry fellas, this only goes for the brides. A woman in a white dress is far creepier than a dude in a tux. And women dying on their wedding night are more tragic than men, because women actually want it. And most men would tell you, that they die in a much less literal sense on their wedding day anyway. You don’t see us weeping by the road for teenagers to gawk at. It is worth pointing out that regardless of your marital status or the date pertaining to Labor Day, female ghosts ALL wear the same dress to prom. 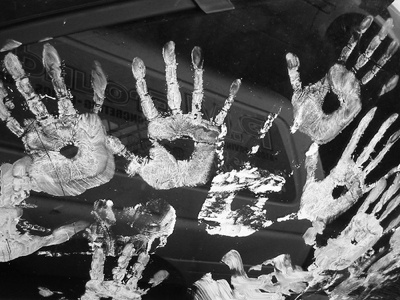 Children have to touch EVERYTHING, even after they’ve died. You put a little powder on your car, visit the burned-down orphanage, and when you’re back from snapping pictures, the little turds have gotten their stinking handprints all over your car! It doesn’t matter where you go, it’s like these little touchy-feely kids have never seen a car before, and apparently the texture is simply amazing after you’ve bit the dust. Kids have no consideration sometimes.

3
Roll Down the Windows 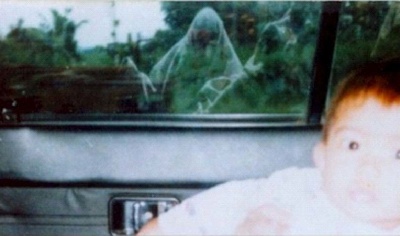 I have my suspicions that this one was thought up by a really slow, down-on-his-luck serial killer who couldn’t run up and knife people before they took off, tires screeching. BUT, I could be wrong. Maybe it is just so hard to make ghostly whispers over the sound of a car engine. Maybe it is annoying to have to be blinded by the headlights. Maybe you have a lot to say, but you know as soon as you start trying to talk to them, they’ll peel out. So, you reserve your ghostly efforts until they turn off their car. Or, you are just a tricky rat bastard who is preparing the victims for item 2: 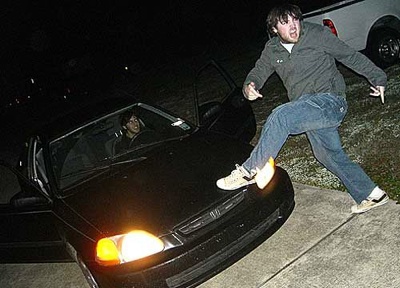 Ok, so first, the ghosts refuse to show up unless you turn off your car. Then, they won’t even let you leave. Ghosts can be pricks, sometimes. They won’t pose for a picture, but they’ll fuck with your engine something awful. ANd didn’t the vast majority of ghosts die in the 1700’s or 1800’s? How the hell do they know how to dismantle a car? Doesn’t matter, I guess. They just wait until you are seconds away from having an aneurism, and then BAM! Your car is working again. 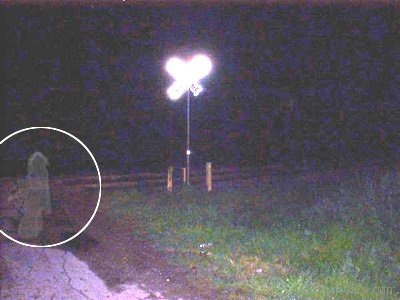 Who knows why these dead people constantly need rides, but they don’t thank you or anything. You see them with their thumb out, and you’re like, “Hey, looks like that girl in the white dress with her mascara running could use a ride!” She won’t talk to you the entire time, except to tell you where to go, and for some reason, this won’t freak you out. The bitch will just stare straight ahead, won’t strike up a conversation, won’t say thanks, won’t offer to pay gas, nothing. Then, when you are almost there, she just bales on you. You look over, and *poof* she’s gone. You somehow convince yourself that she had to gone jumped out, or that you were just hallucinating. But there isn’t a body splattered on the pavement, and you haven’t dropped acid since that concert 20 years ago…. Something smells fishy. So you go to her house, tell her parents you were giving her a ride, and they tell you she’s been dead for 6 years! Geesh, would’ve been nice for her to tell you that!