Prehistory literally means the time “before we had written records” (roughly the time before the 4th Century BC) and ancient history is the time since our recorded history. Our concept of ancient history was originally firmly determined by the bible. Written from an insular point of view, the histories of some ancient cultures were distorted, badly neglected or even omitted. The existence of inexplicable monuments, certain man-made marvels and archaeological finds pertaining to our ancient- and prehistory, are leading more and more archaeologists to believe long forgotten advanced civilizations existed. As most of our ancient records were lost during the destruction of the great libraries, the following genuine mysteries are the only remnants of their existence. 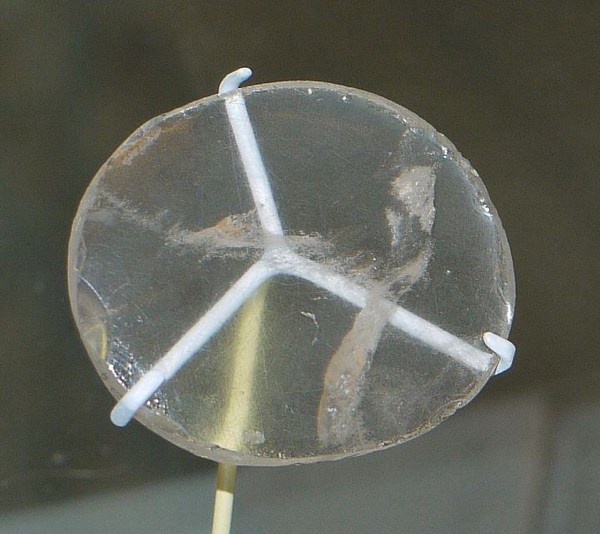 Ancient knowledge was a lot more refined and developed than we have been taught hitherto. From batteries to planispheres, an assortment of gadgets have been excavated and found. Two notable finds were the Nimrud lens and the famous Antikythera Mechanism. The 3,000 year old Nimrud lens was discovered at the palace of Nimrud, in Iraq. Some experts believe the lens was part of an ancient telescope the Babylonians used, hence their advanced knowledge of astronomy. And the famous Antikythera Mechanism (200 BC.) was created to calculate the movements of the sun, moon and planets to predict celestial events. Unfortunately, we can only speculate on the ways many of these devices were created, used and why the ancient knowledge pertaining to them disappeared for millennia afterwards.

Watch the hit show In Search of Ancient Mysteries for free with Amazon Prime at Amazon.com! 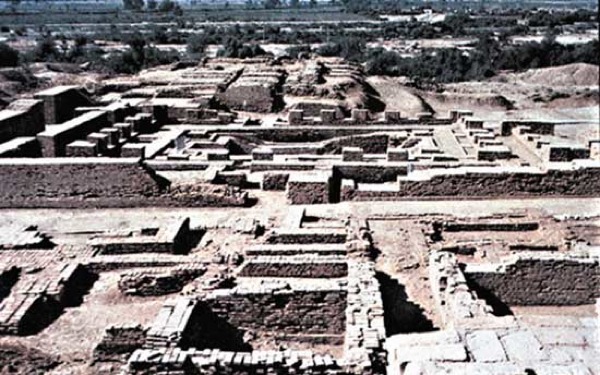 Despite wars and several invasions, India’s ancient history was largely preserved. Long believed to date from about 500 BC.; discoveries in the past century have pushed back the origins of Indian civilization thousands of years. In the Indus Valley, the cities of Harappa and Mohenjo Daro were discovered. The cities were so sophisticated and well-planned, that archaeologists believe they were conceived as a whole before construction on them begun. The Harappa culture also remains an enigma. Its origins and deterioration is hidden, its dialect is unknown and the writing is completely indecipherable. At the site no differences in social class can be discerned and there are no temples or religious buildings. No other culture, including those of Egypt and Mesopotamia, has revealed the same degree of planning and development. 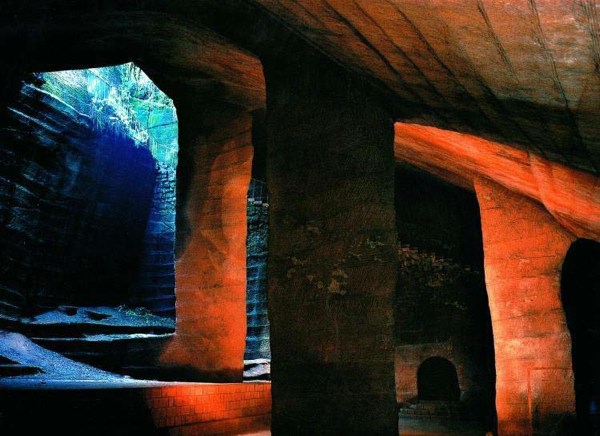 Considered by the Chinese to be the “Ninth Wonder of the Ancient World”, the origin of the 24 caves thus far uncovered is an unfathomable mystery. Discovered in 1992, no historical record or evidence of the work involved to excavate the almost million cubic meters of stone exists. The chiseling was done in such a way that it left a consistent pattern throughout the caves which some experts believe to be symbolic. The patterns are similar to those found on pottery that has been dated between 500 and 800 BC. Stone carvings and pillars can be viewed in the cave that has been opened up for public viewing. There is also a rumor that seven of the caves have a distribution pattern that matches the seven stars of the Big Dipper. 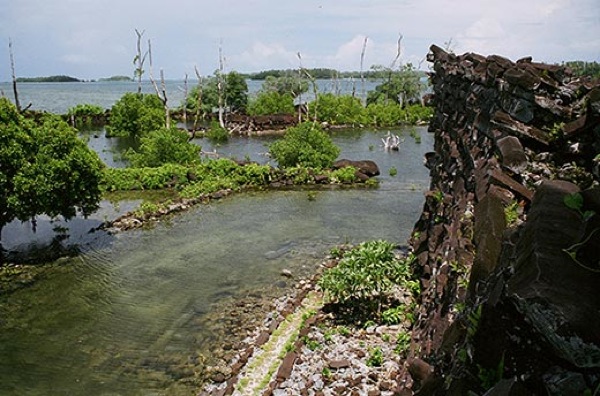 Off the island of Pohnpei in Micronesia, lies the ancient city of Nan Madol. Built on a coral reef exclusively from colossal basalt rocks (some weighing up to 50 tons), the city is intercrossed by a multitude of canals and connected via submerged tunnels. Its scale has been compared to the Great Wall of China and the Great Pyramid, even though the Pyramid-stones only weigh about 3 tons each. No records exist as to who built the city, when it was built or for what reason. Radiocarbon dating has placed its construction in 200 BCE. The origin of the basalt rocks that make up the city is unknown, as is the methods used to transport them there and stack them as high as 50 feet, and as thick as 17 feet. Human bones uncovered by archaeologists are remarkably larger than the local Micronesians of the area today. 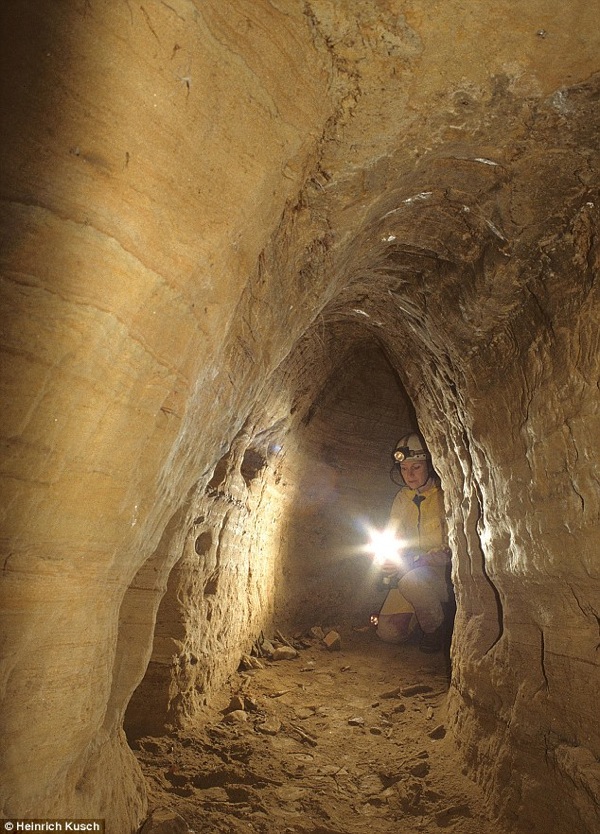 From Scotland to Turkey, underneath hundreds of Neolithic settlements, archaeologists have uncovered evidence an extensive network of underground tunnels. From almost 2, 300 feet (700 m) in Bavaria Germany to 1, 200 feet (350m) in Austria, the fact that these tunnels survived for 12, 000 years is a testimony to the skill of the builders and of the sheer size the original network must have been. Even though they do not all link up, experts believe people used these tunnels to travel safely regardless of which danger they were facing. Throughout the system there also appears to be storage rooms and seating.

Puma Punku is one of four structural arrangements in the ancient Pre-Inca city of Tiwanaku in South America. The age of the megalithic ruins is extremely controversial as they have been prodded, excavated, and looted since they were discovered and as such, experts say they have been contaminated in every way possible. The consensus is that they are older than the pyramids, with claims of up to 15, 000 years. Even the Incas didn’t know its history. The massive stones used in the construction bear no chisel marks and were finely cut to interlock with the others. A lot of the stones were cut so precisely that the builders clearly had an extremely sophisticated knowledge of stone-cutting, engineering and geometry. The city also had a functioning irrigation system, waterproof sewage lines and hydraulic mechanisms. With no record of its inhabitants or their methods, the technologies and processes used during its construction remains an enigma to experts. 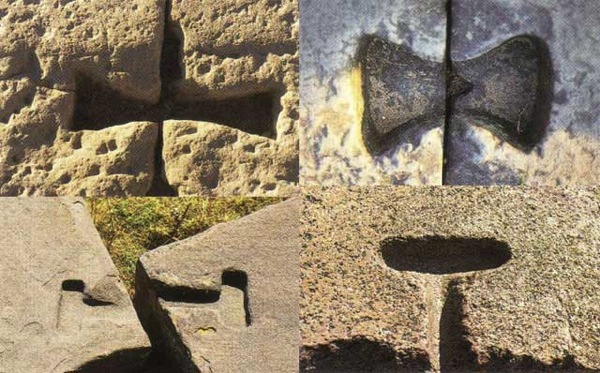 Continuing the mystery of Pumapunku; at this site as well as those of Koricancha, Ollantaytambo, Yuroc Rumi and in ancient Egypt, metal clamps were used in their largest structures. Evidence of the grooves and holes in which they were used can still be observed. At first archaeologists believed that clamps were brought to these grooves to be placed, but recent scans have revealed that metal was poured into these indentations, which means the builders had portable smelters. It is said that the metals used could only be melted at very high temperatures; temperatures the ancients (to our knowledge) were not capable of. One has to wonder why this technology as well as the incredible methods used to build these megalithic ruins became lost in the immediate centuries afterwards. A technology developed continues to fan out, but a less advanced civilization will lose the technology in time if they have not acquired the essentials. 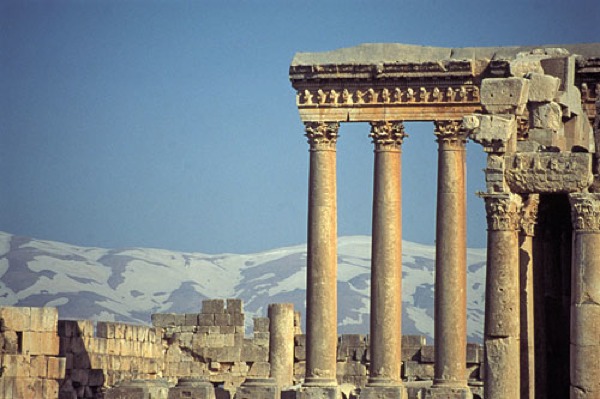 The archaeological site of Baalbek in Lebanon has some of the most well-preserved Roman ruins in the world. Called Heliopolis in ancient times, the temple ruins are truly amazing to behold. What makes this site mysterious though, is the massive megalithic ruin mound upon which the Romans built. Making the their ruins look pale in comparison, these monoliths that can weigh up to 1, 200 tons each are the largest worked slabs of stone in the world. Some archaeologists believe that the history at the site goes back about 9000 years, as excavations have revealed Middle Bronze Age (1900-1600BC) and Early Bronze Age (2900-2300 BC) evidence on top of each other. Apart from the mystery as to how these stones were brought to the site from where they were quarried; given the site’s location and the space available to maneuver, architects and engineers claim that we have no known lifting technologies available to us today, that can lift and position these stones. They are simply beyond the construction capabilities of any accepted ancient or modern-day builders. 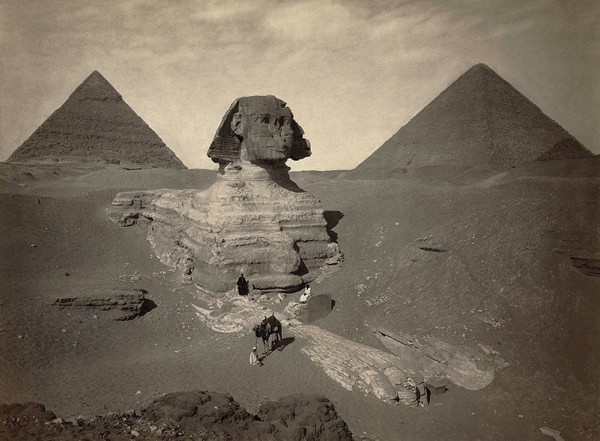 Volumes have been written on the mysteries of ancient Egypt. We now know that the Great Pyramid’s construction was so accurate and beyond comprehension that it was probably never meant to house a king’s remains. Furthermore, as it has been proven that the Sphinx’s erosion came mainly from rainfall before the area became a desert, it is at least 7, 000 – 9, 000 years old with some believing it could even be older than that. The sudden rise of the Egyptian civilization in the 3rd millennium BC has lead many experts to believe that theirs were a legacy of an earlier, forgotten civilization. Apart from the Sphinx, further pre-dynastic construction is evident in Khafre’s Mortuary and Valley Temples, and Menkaure’s Mortuary Temple as they were built from limestone blocks excavated during the Sphinx’s construction and has the same evident erosion.

Learn more about this fascinating ancient culture! Buy A History of Ancient Egypt: From the First Farmers to the Great Pyramid at Amazon.com! 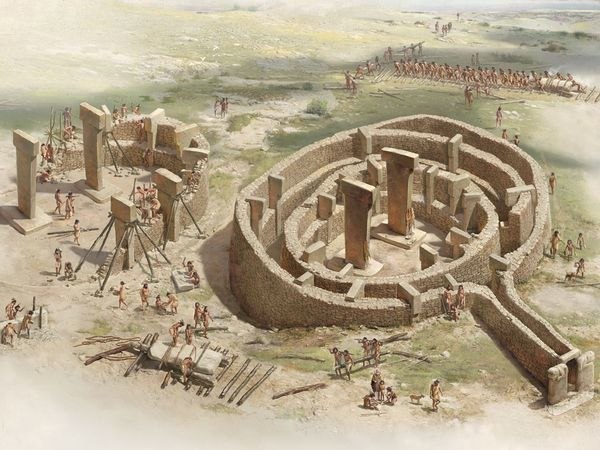 Dating back to the end of the last ice age (12, 000 years ago), the recently discovered temple complex in south-eastern Turkey has been called the most important archaeological discovery of modern times. Predating pottery, writing, the wheel and metallurgy; its construction implies a level of sophistication and complexity thus far not associated with Palaeolithic civilizations. With a construction date thousands of years earlier than Stonehenge, the site consists of 20 round structures (4 have been excavated so far) and elaborately carved pillars up to 18 feet tall and weighing up to 15 tons each. Nobody can say with any certainty who created the site, or why, but one has to wonder how these supposed hunter-gatherers had advanced knowledge of masonry and stonework if they were the first civilization…

Hestie lives in South Africa with her husband, 2 children and various other animals.