Here is a list to help anyone heading off on a vacation. Instead of seeing the usual tourist attractions, why not check out some of this more offbeat ones? There is something for everyone and you may even end up making new friends with equally strange taste. 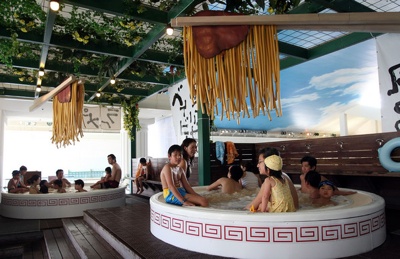 The Japanese do everything that other people do, but sometimes in very different ways. One day because somebody thought it was mundane to have a bath with water and soap, he decided to have bath in Noodles and soon enough other people wanted to do the same. Apparently, pepper collagen, the ingredient used in pork broth improves metabolism and clears your skin. Acne is also said to vanish after one session. This same bath previously filled their spas with beaujolais wine and chocolate. 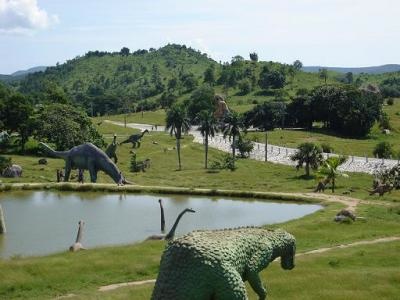 It is not certain whether Fidel roped in Michael Crichton to oversee the construction of this experiment in anachronism, but even Jurassic Park’s creator would feel a little bizarre in the milieu of life-size prehistoric creatures completed by inmates from a nearby prison. Spread over an area of 11 hectares, the 200 life-sized prehistoric creatures in the Santiago de Cuba province range from the brontosaurus to cave men, creating a kind of Communist theme park with shades of the Flintstones thrown in. 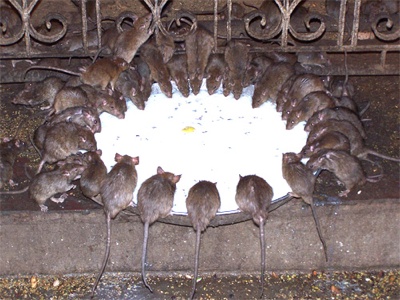 Rajasthan, India. The land of Maharajas, palaces, deserts, camels and-the Karni Mata temple which not only serves as a refuge for rodents but a place where they are worshipped as well. Built in the early twentieth century by Maharaja Ganga Singh of Bikaner in reverence to Karni Mata, a female Hindu sage, the temples ostentation serves as no indication to the experience one is going to get. So high is the status of rats in this citadel of devotion that an accidental death of one of the inhabitants will require a replacement with a replica in solid gold. 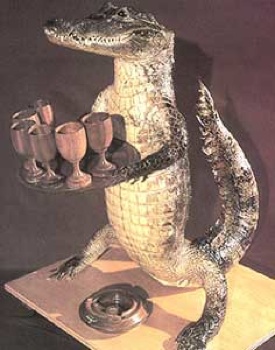 In the city of Pyongyang, which one journalist described as being a ‘Stalinist theme park’, lies the International Friendship Exhibition Hall. In this structure are housed 90, 000 or more gifts accumulated over the years by the great leader Kim Il Sung. The list of admirers include former Soviet prime ministers Gregory Malenkov and Nikolai Bulganin, Palestinian leader Yasser Arafat, Cuba’s Fidel Castro and Zimbabwe’s Robert Mugabe. But the gifts themselves are most interesting-silver chopsticks from Mongolia, a gold cigarette case presented by Marshall Tito of Yugoslavia, chess boards from Colonel Qaddafi and a grinning alligator offering drinks from a wooden tray sent all the way from Nicaragua. Surely, friendship has its rewards. 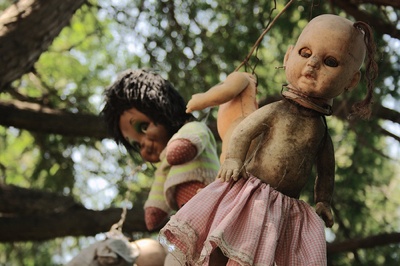 Julián Santana Barrera collected dolls which were discarded. Legend had it that he did it  to appease the spirit of a girl who drowned in the river. The bizarre collection stares when you navigate through the canals of Xochimico and to make the story more interesting, Barrera succumbed to the same fate as that little girl for whom he labored so hard. 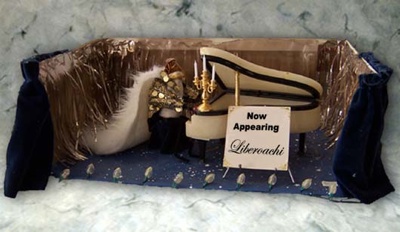 Ross Peroach, David Letteroach and Marlin Monroach are some of the characters you will acquaint yourself with when you visit Michael Bohdan’s Cockroaches Hall of Fame in Plano, Texas. A pioneering pest control specialist, he took it upon himself to impersonate famous characters in the most bizarre way possible: through the medium of deceased cockroaches. However, if you are not into dead ones, he has Madagascar hissing roaches as well… and they are alive and kicking. 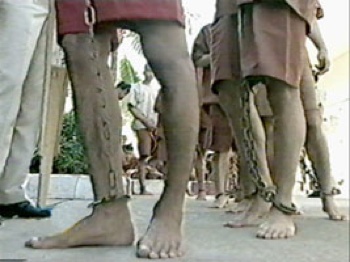 Most travelers are not bored in Bangkok but if malaise sets in there is always the Bangkok prison to go to. Why? Because for a price you can interact with the inmates, some of them western travelers whose holiday went horribly wrong. Brought into the spotlight by the 1999 movie Brokedown Palace, this highly fortified bastion derives its allure from the possibility of actually showcasing 7000 specimens imprisoned for crimes ranging from drug smuggling to murder. Moreover, you quickly learn not to commit such crimes when you are in Thailand. 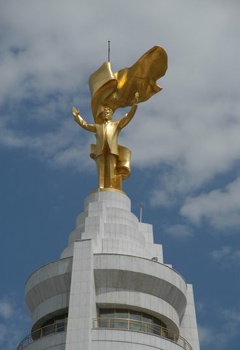 If you ever hazard to travel the silk route like the pioneering traders centuries ago, the city of Ashgabat in the former Soviet republic of Turkmenistan will introduce you to one of its own great denizens: Saparmurat Niyazov. Niyazov (Turkmenistan’s leader after independence) etched his name onto everything in the country, but most famously he built for himself the  Neutrality Arch. To secure his place in history as a megalomaniac, he ordered his statue to be placed at the top, revolving continuously such that he always faces the sun. And to top it all he called the structure ‘Neutrality Arch’, a word which you can hardly use for a man who ruled with an iron fist. 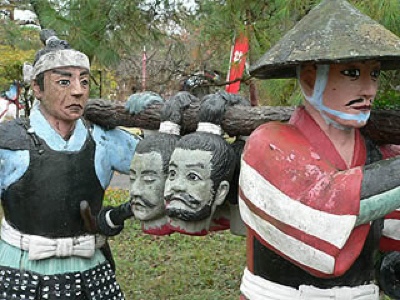 In Gifu prefecture lies an oddball theme park which recreates the great battle of Sekigahara. As if a solemn monument was not enough, an enterprising businessman recreated this epic battle replete with life size concrete structures of beheading, ritual suicides and hand to hand combat. If you are not satisfied with the gore, the song titled ‘Ah, the decisive battle of Sekigahara’ on an endless loop will soothe your ears. 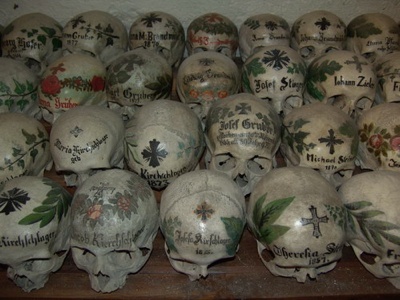 Perhaps the unlikeliest of places to host an ossuary, the Karner Bone House in the bucolic Austrian town of Hallstrat would far more easily be associated with the ‘Sound of music’. However, it is more noted now for being host to painted skulls in decorations such as flowers, leaves and serpents. Why? Because of the acute lack of space and the urgent need to recycle graves. Very surprising when you consider only 2,100 skulls of the 30,000 known deaths and burials were documented. [Image Source]