Fame and history can easily distort the true picture of a man. The human side (and sometimes the bad side) of the famous dead can be forgotten which often contributes to the adulation that many receive. This list looks at 10 very famous and very special people and shows us the normal side of their life. 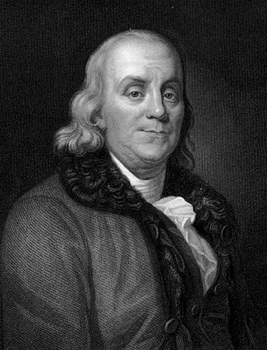 Benjamin Franklin (1706-1790) was labeled a security risk by the First Continental Congress, and required to go around Philadelphia, from September 5 to October 26, 1774, with a bodyguard of 3 armed soldiers “surreptitiously dressed,” so as not to arouse suspicions. These men weren’t expected to protect Franklin from other citizens. They were expected to protect the secrets of the Congress from getting out to the public via Franklin’s loose lips. The Congress, after all, met during the last months before the American Revolutionary War, and the British presence in the colonies was obvious, widespread, and completely intolerable. Everyone on both sides knew it.

Franklin liked to frequent the bars around Philadelphia, and when he got to drinking, he got to talking to no one in particular. His bodyguard later testified that he could be quite rowdy after about 10 ales.

9
Not Just a Saint 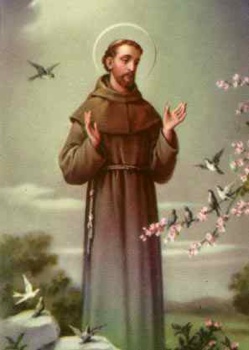 Saint Francis of Assisi (c. 1181-1266) is the patron saint of Italy and animal welfare. He famously preached a sermon to the birds. There are all sorts of miraculous legends about him, including that he suffered four wounds of the stigmata (only Jesus has ever suffered all five). He travelled in his young days as a monk to convert Sultan al-Kamil – offering to be thrown into a fire to prove that God would protect him. He once saved the city of Gubbio from a wolf that had been preying on the people and their cattle, by bringing the wolf into town and baptizing it. The wolf never bothered anyone else again. On his deathbed, so the legend goes, Francis thanked his donkey for carrying him all his life, and the donkey wept. Saint Francis was not just a living saint – he was a very humble man. He refused to become a priest and stayed a monk his whole life – the reason was that he did not think himself worthy – his order of monks was called the “lesser brothers”. You know what St. Francis of Assisi’s favorite food was? Fried chicken legs. He also liked pig knuckles. 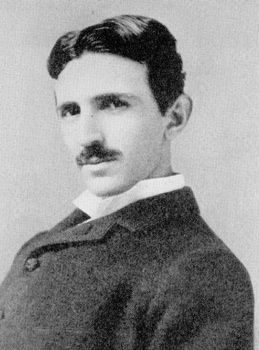 You’ve probably heard of how much they hated each other. It’s been said that the only reason neither of them won a Nobel prize in physics is because they did everything within their considerable powers to destroy each other’s reputations. It would take too long to tell the whole backstory.

The feud finally turned seriously sour when Tesla invented alternating current, for the sole purpose of 1-upping Edison’s direct current. DC is extremely inefficient, requiring a cable wider than the average human wrist to transmit enough power for one Manhattan block. Thus, a lot of Manhattan blocks were reserved for these cables, all hooked up to huge power grids, just like telephone switchboards.

Tesla thought they were a horrible eyesore, and figured he could do better than “that idiot tinkerer.” He went to his hotel room, did the math, drew up the designs, and in a matter of months, invented AC electricity. The cords we use today in our household appliances are exactly the same width as those he used in his first applications.

AC caught on very quickly, and nearly bankrupted Edison, who fought back in a remarkably heartless, sociopathic manner. He deliberately and publicly executed an elephant by AC electrocution. He bought it from the Bronx Zoo, carted it out to a public park and called reporters to take note. Just to prove how dangerous Tesla’s inventions were. One of those huge DC cables would have had insufficient to penetrate the elephant.

His reprisal didn’t work, but astoundingly, because elephants were not endangered at the time, and it was technically his property, he was merely fined for animal cruelty, a punishment he appealed unsuccessfully. 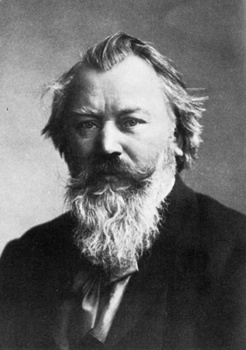 Johannes Brahms (1833-1897), the great German composer and pianist, loathed cats. His favorite pastime was sitting on a large windowsill of his living room with the window open, idly shooting a bow and arrow he made himself at passing stray cats. He became quite skilled at it. 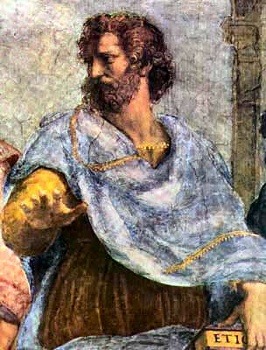 I bet you don’t know who to credit for this comment, “The discipline of most of the students I am paid to teach is deplorable. They claim to forget their assignments, when in truth, they simply refused to do them. They do not want to learn, and I cannot instill that desire in them. Our nation is doomed.” The answer: Aristotle (384-322 BC). I guess history really does repeat.

5
A President not to Mess With 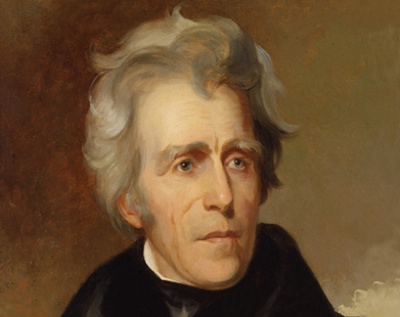 There’s a line in the film Swordfish, that goes like this, “Thomas Jefferson once shot a man on the White House lawn.” That isn’t true. Can you believe Hollywood would lie?!

What is true, is that Andrew Jackson did. You’d think the public would have known better than to insult him. By the time he was President, he had been in 7 to 8 duels, which were common back then, and had several lead pistol balls in his chest to prove it. He “rattled like a bag of marbles” and routinely coughed up blood.

He survived one assassination attempt by a deranged named Richard Lawrence, who tried to shoot him with two flintlock pistols, only to have both misfire, and then be disarmed by David Crockett himself, who pistol-whipped him into unconsciousness, but not before Jackson beat Lawrence with his cane. They don’t make politicians like that anymore.

The White House lawn incident occurred when an unidentified newspaper reporter, standing on an outdoor balcony of the White House, insulted the First Lady who happened to be walking by. This was the most common cause for a duel at the time, but as President, Jackson didn’t need a duel. He pulled out a pistol and shot the man through the chest, and he pitched over the balcony to the grass, dead. 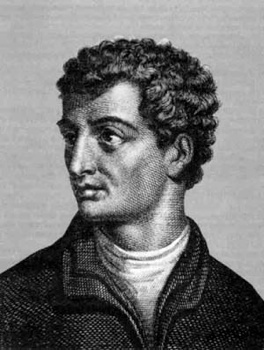 Leon Battista Alberti (1408-1472) is not as well know today as the #1 entry, but in his day, he was known as a “Renaissance man.” He was employed as a painter, sculptor, architect, translator (especially of Latin), writer, cryptographer, and he wrote the first official Italian grammar book.

Today, however, he’s popularly known among athletes for a feat none of them could do if they had to, and if you’ve seen the film “Renaissance Man,” with Danny DeVito, you’ll remember that Alberti could stand with his feet together two feet in front of a six-foot man and spring clear over his head.

3
A Composer not to Mess With 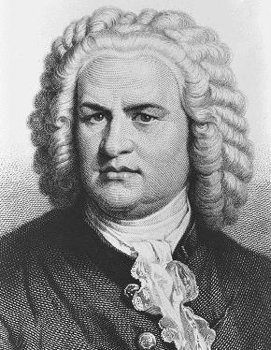 Johann Sebastian Bach (1685-1750) almost killed a man in a streetfight. The year was 1705 and bach was 20 years old and freshly employed as the organist at a church in Cothen, Germany. For extra money on the side, he offered his service as a music tutor.

A particularly terrible bassoonist hired him, and after a few lessons, Bach gave up and told him the brutal truth, “That thing sounds like a nanny goat when you play it.” The bassoonist was offended and promised that bach would regret saying that, and left.

That evening, as Bach was leaving church to walk home, he turned onto a narrow sidestreet, and was greeted by the bassoonist and two of his friends. The bassoonist said something to the effect of “Now who’s the nanny goat?” and the three started for him.

Bach calmly unsheathed his rapier and said, “Who wants to be first?”

(This story has its variants, one interesting suggestion being that Bach could not have afforded a rapier, in which case unless someone gave him one, he probably pulled out a large dagger.) 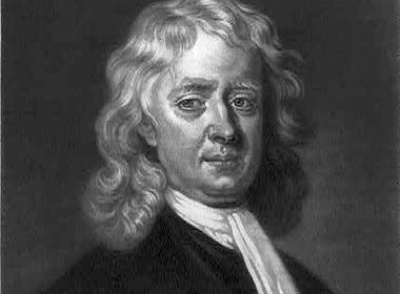 Yep, Sir Isaac Newton (1643-1727) never had sex. There is little documentation in any of his biographies of a relationship with another woman, except for that of his mother, and that of his 8 year old niece.

Newton was blisteringly Protestant, and would not have considered sex without marriage first. But he was too busy with mathematics, religion, and all-around mental stuff to bother mixing up with some woman.

1
An Inventor not to Mess With 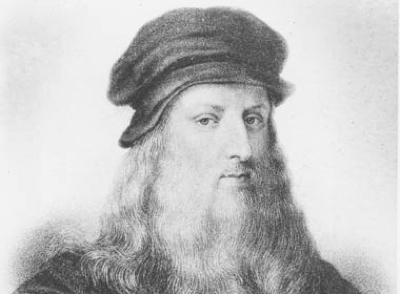 Leonardo da Vinci (1452-1519) invented the sniper rifle. That’s a misnomer, really, since the barrel wasn’t rifled inside. But da Vinci understood the severe inaccuracy of all the firearms of the day. Cannon didn’t have to be very accurate, but muskets did. He may have invented the wheel-lock firing mechanism.

Ludovico Sforza, the Duke of Milan, employed da Vinci to invent “war machines,” and da Vinci did indeed sketch several machines, most notably a wooden, covered cannonade, the precursor to the tank. He also sketched a particularly brutal scythed chariot, and there is one known sketch of a wheel-lock musket fitted with a telescope.

The telescopes of the day were refractors and not very powerful, which made them perfect for Earth-bound observations. Da Vinci simply bolted one along the top of a musket barrel, making sure the two were precisely aligned, and then, according to documents of the Duke, demonstrated its effectiveness by personally sniping soldiers off the parapets of an enemy castle, from 1,000 yards. There have been arguments over whether the documents were forged.