It is a great achievment for any man to perform extraordinary acts – but it is even more so when this is done despite a terrible disability. This list looks at 10 people who have made a major mark on society through their actions or through succeeding against all odds. 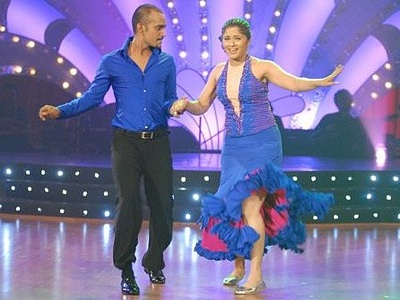 Sudha Chandran was born to family in Chennai, South India. She completed her Masters in Economics from Mumbai. On one of her return trips from Mumbai to Chennai she met with an accident resulting in the amputation of her right leg. She was given an artificial leg and despite this terrible disability, she became one of the most accomplished and acclaimed dancers of the Indian Subcontinent. She has received and still receives invitations to perform all over the world. She has been honored with numerous awards and has performed all over the world. She appears often on Hindi television and in films.

Learn how to cope with The Complete Learning Disabilities Handbook at Amazon.com! 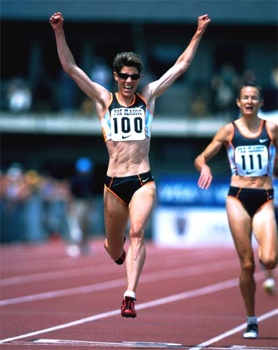 At the age of nine, Runyan developed Stargardt’s Disease, which is a form of macular degeneration that left her legally blind. Marla Runyan is a three time national champion in the women’s 5000 meters. She won four gold medals in the 1992 summer Paralympics. In the 1996 Paralympics she won silver in the shot put and gold in the Pentathlon. In 2000 she became the first legally blind paralympian to compete in the Olympic games in Sydney, Australia. She holds various American records such as 20,000 Road (2003), All-female Marathon (2002), 500m (2001) , Heptathlon (1996). In 2001, she co-wrote and published her autobiography ‘No Finish Line: My Life As I See It’ 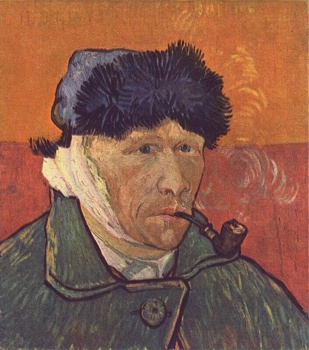 Vincent Van Gogh was a Dutch Painter and is regarded as one of the greatest painters the world has ever seen. His paintings have immensely contributed to the foundations of modern art. In his 10 year painting career he produced 900 painting and 1100 drawings. Some of his paintings today are the most expensive: Irises was sold for $53.9 Million and Portrait of Doctor Gachet was sold for $82.5 Million. Vincent Van Gogh suffered depression, and in 1889 was admitted to a psychiatric hospital. His depression worsened over time and on July 27, 1890 at the age of 37 Van Gogh shot himself in the chest. He died two days later. His last words were “the sadness will last forever”. 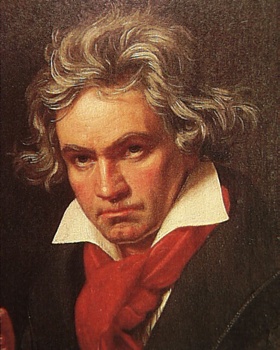 Beethoven is widely regarded as one of the greatest composers in history. He gave his first public performance as a pianist when he was only 8 years old. He studied in Vienna under the guidance of Mozart. By his mid-twenties he had earned a name for himself as a great pianist known for unpredictable and brilliant improvisations. In the year 1796 Beethoven began losing his hearing. In spite of his illness he immersed himself in his work and created some of the greatest works of music. Beethoven’s finest works are also the finest works of their kind in music history: the 9th Symphony, the 5th Piano Concerto, the Violin Concerto, the Late Quartets, and his Missa Solemnis. And he achieved all this despite being completely deaf for the last 25 years or so of his life. 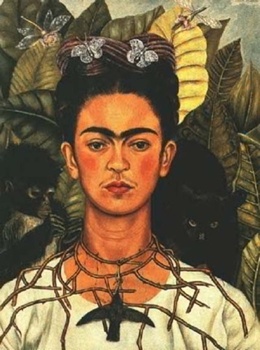 Frida Kahlo was a renowned Mexican painter who created striking paintings, most of them being self-portraits reflecting her pain and sorrow. She painted using vibrant colors that were influenced by the cultures of Mexico. She was the first Mexican artist of 20th century whose work was purchased by an international museum. Kahlo contracted polio at age six, which left her right leg thinner than the left, which Kahlo disguised by wearing long, colorful skirts. It has been conjectured that she also suffered from spina bifida, a congenital disease that could have affected both spinal and leg development. Although she recovered from her injuries and eventually regained her ability to walk, she was plagued by relapses of extreme pain for the remainder of her life. The pain was intense and often left her confined to a hospital or bedridden for months at a time. 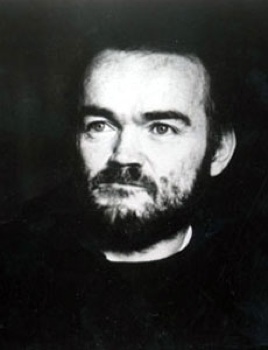 Christy Brown was an Irish author, painter and poet who had severe cerebral palsy. Born in Crumlin, Dublin to parents Bridget and Paddy, he was one of 13 surviving children (out of 22 born) in a Catholic family. He was disabled by cerebral palsy and was incapable for years of deliberate movement or speech. Doctors considered him to be intellectually disabled as well. However, his mother continued to speak to him, work with him, and try to teach him. One day, he famously snatched a piece of chalk from his sister with his left foot to make a mark on a slate.
At about five years old, only his left foot responded to his will. Using his foot he was able to communicate for the first time. He is most famous for his autobiography My Left Foot, which was later made into an Academy Award-winning film of the same name. The Irish Times reviewer Bernard Share said the book was “…the most important Irish novel since Ulysses”. Like Joyce, Brown employed the stream-of-consciousness technique and captured the Dublin culture in his use of humor, language and unique character description. 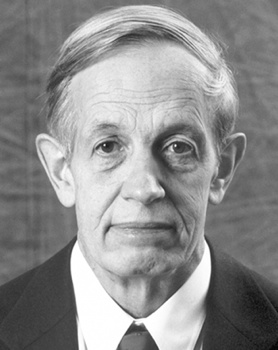 John Forbes Nash is an Noble laureate American mathematician whose work in game theory, differential geometry and partial differential equations are considered ground breaking. At a young age he was interested in scientific experiments which he carried out in his room. He studied Chemical engineering, chemistry and mathematics at Carnegie Mellon University. Later he was awarded a Fellowship at Princeton. In 1959 John Nash started showing severe signs of paranoia and started behaving erratically. He believed that there was an organization chasing him. In the same year he was admitted involuntarily to the hospital where he was diagnosed with paranoid schizophrenia. After treatment he was again admitted to the hospital this time voluntarily for 9 years were he given shock therapy. After returning from the hospital in 1970 he gradually started recovering. His work was becoming more successful and resulted in various awards and recognition. Prominent among them are John von Neumann Theory Prize in the year 1978 and Nobel Memorial Prize in Economic Sciences in the year 1994. An Academy Award winning film named ‘A beautiful Mind’ starring Russell Crowe was made which was loosely based on his biography. 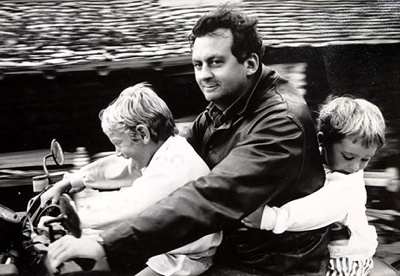 Jean-Do was a well-known French journalist and author and editor of the French fashion magazine ELLE. In 1995 he suffered a massive heart attack causing him to go into a coma for 20 days. After coming out of the coma he found himself with a very rare neurological disorder called Locked-in syndrome, in which the mental state is perfectly normal and stable but the body is paralyzed from Head to Toe. In the case of Jean-Do he was able to move only his left eyelid. Despite his condition, he wrote the book The Diving Bell and the Butterfly by blinking when the correct letter was reached by a person slowly reciting the alphabet over and over again. Bauby had to compose and edit the book entirely in his head, and convey it one letter at a time. To make dictation more efficient, Bauby’s interlocutor, Claude Mendibil, read from a special alphabet which consisted of the letters ordered in accordance with their frequency in the French language. The book was published in France on 7 March 1997. Bauby died just two days after the publication of his book. 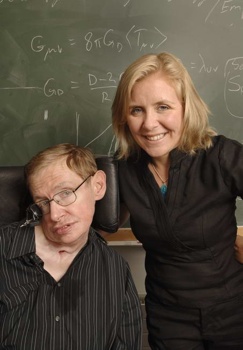 Stephen William Hawking is a British theoretical physicist, whose world-renowned scientific career spans over 40 years. His books and public appearances have made him an academic celebrity and he is an Honorary Fellow of the Royal Society of Arts, a lifetime member of the Pontifical Academy of Sciences, and in 2009 was awarded the Presidential Medal of Freedom, the highest civilian award in the United States. Stephen Hawking is severely disabled by motor neuron disease, likely a variant of the disease known as amyotrophic lateral sclerosis (or ALS). Symptoms of the disorder first appeared while he was enrolled at Cambridge; he lost his balance and fell down a flight of stairs, hitting his head. Worried that he would lose his genius, he took the Mensa test to verify that his intellectual abilities were intact. The diagnosis of motor neuron disease came when Hawking was 21, shortly before his first marriage, and doctors said he would not survive more than two or three years. Hawking gradually lost the use of his arms, legs, and voice, and as of 2009 was almost completely paralyzed. 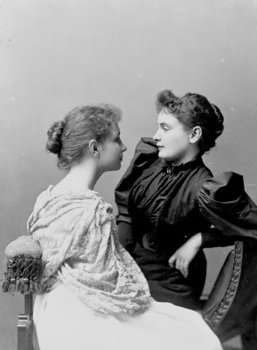 Helen Adams Keller was an American author, political activist and lecturer. She was the first deafblind person to earn a Bachelor of Arts degree. The story of how Keller’s teacher, Annie Sullivan, broke through the isolation imposed by a near complete lack of language, allowing the girl to blossom as she learned to communicate, has become known worldwide through the dramatic depictions of the play and film The Miracle Worker. Sullivan taught Helen to communicate by spelling words into her hand, beginning with d-o-l-l for the doll that she had brought her as a present. A prolific author, Keller was well traveled and was outspoken in her opposition to war. She campaigned for women’s suffrage, workers’ rights, and socialism, as well as many other progressive causes. In 1920, she helped to found the American Civil Liberties Union (ACLU). Keller and Sullivan traveled to over 39 countries, making several trips to Japan and becoming a favorite of the Japanese people. Keller met every US President from Grover Cleveland to Lyndon B. Johnson and was friends with many famous figures, including Alexander Graham Bell, Charlie Chaplin, and Mark Twain.