WARNING: spoilers. A Post-apocalyptic film is a sub-genre of science fiction, and is set in a world or civilization after nuclear war, plague, or some other general disaster. This list looks at ten of the ultimate films in this genre and it hopefully differs from the usual films found on these lists by introducing a few films that are less well known these days. 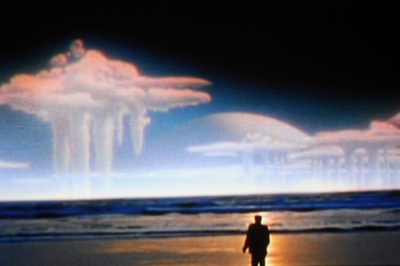 The Quiet Earth (based on the novel of the same name) explores how a person can go mad when he realizes he’s the only one left on Earth following a terrible catastrophe that he helped cause. The portrayals of Hobson’s madness and how he pulls back from the brink are both satisfying—especially because the latter happens before Hobson realizes that he’s really not alone. The Quiet Earth ends on an uncertain note (a real WTF?!? moment) that makes you think long after the movie ends. 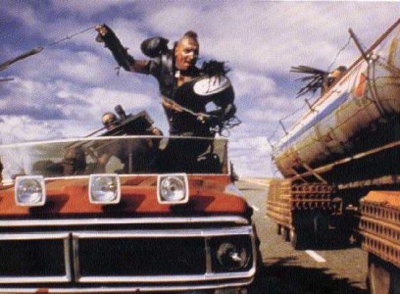 The second film in the Mad Max trilogy begins with a classic prologue back-story; a narrator informs us that the world has “crumbled and…The cities have exploded;” and that the world had gone to (Nuclear) war. The survivors roam the countryside in feral biker gangs with oil the main commodity, the film’s comic-book post-apocalyptic/punk style has been copied endlessly. Max (Mel Gibson) is an ex police man with a suped up sports car and sawn off shotgun who defends a band of settlers working an oil refinery against the crazed gang. 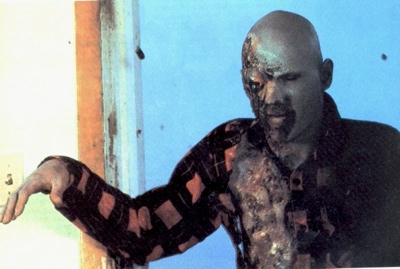 This was the second film of George A Romero’s Living Dead series and shows, in larger scale, a zombie epidemic. In the film the dead have risen and prey on human flesh. The film follows a group of survivors of the outbreak who barricade themselves inside a shopping mall. As time passes the undead try to get in to the mall as the outside society has collapsed. The novelty of their situation begins to wear and one of the women becomes heavily pregnant. By this time, all emergency broadcast transmissions from the outside world have stopped which gives a real sense of claustrophobia and isolation. Their end comes as a gang of bikers break into the mall and, in the process, let in the zombies. 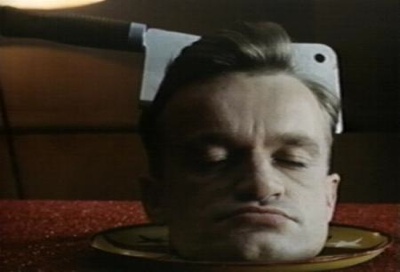 This story is centered on a microcosm of a post-apocalyptic society where food is so rare it’s extremely valuable and used as currency. The story centers on an apartment building with a delicatessen on the ground floor. The owner of the eatery also owns the apartment building and he is in need of a new maintenance man since the original “mysteriously” disappeared. A former clown applies for the job and the butcher’s intent is to have him work for a little while and then serve him to quirky tenants who pay the butcher in grain. The clown and butcher’s daughter fall in love and she tries to foil her father’s plans by contacting the “troglodytes”, a grain eating sub-group of society who live entirely underground. The “trogs” are possibly the most sensible of the lot, as they see food as food and not money. This movie reflects a type of science fiction called la Nouvelle Vague. 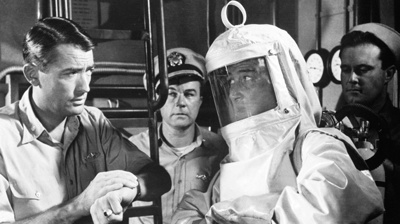 In the aftermath of an atomic war, much of humanity has been destroyed. Only Australia remains, but time is short as the winds will inevitably spread nuclear fallout and everyone knows they have only a few months to live. Among those coming to terms with the inevitable is a U.S. navy officer, Cmdr. Dwight Towers, whose submarine and crew were at sea when the holocaust occurred; Moira Davidson, a free-spirit who develops a close attachment to Towers; Julian Osborne, whose dream is to win the Australian Grand Prix automobile race; and Lt. Cmdr. Peter Holmes, who is as concerned about his wife and newborn child’s future as his own. 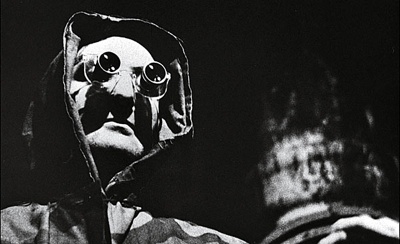 In a devastated Paris in the aftermath of WWIII, The few surviving humans begin researching time travel, hoping to send someone back to the pre-war world for food, supplies and maybe a solution to their dire position. One man is haunted by a vague childhood memory that will prove fateful. This is the film that stands here in place of 12 monkeys, which borrows heavily from it. Everyone has seen 12 monkeys, not everyone has seen La jetée – but they should. 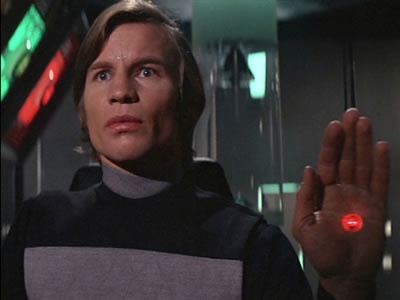 This was one of the great 70’s sci fi classics before the before the big FX of Star Wars and Close Encounters made it cheesy by comparison. After a Nuclear war, people live in a domed city of the future where everyone dies (“Renewed”) at age 30. Anyone who disagrees and tries to escape the city is tracked down by Sandmen and murdered. Logan, a Sandman is forced to search for “Sanctuary” – a place to which people have apparently escaped. Classic ’70s stuff that also spawned a TV show. 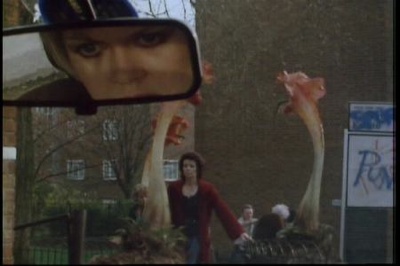 Day of the Triffids is a 1962 British film unusual at the time for being in colour. It has had a huge influence on future classics like 28 days later and many Zombie films. Triffids are giant plants with the ability to kill with a poisonous sting; a man wakes up in hospital with his eyes bandaged and has missed an unusual meteor shower that has blinded most people on Earth. He finds the population struggling to stay alive with this sudden affliction, some cooperating, and some fighting: after just a few days society is collapsing with the Triffids preying on the survivors. This is a classic must-see film. 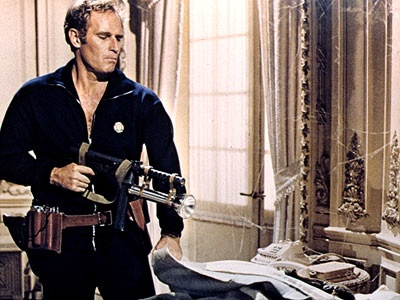 Made in 1971 based on the novel I Am Legend and ten times better than the recent Will Smith remake despite some cheesy make up and effects, the Omega man is the classic last man on Earth story. A Biological war has killed most of the world’s human population. Army Colonel Robert Neville (Charlton Heston) is immune and rules Los Angeles by day trying to track down and kill the other survivors who have joined together as “The Family” – a cult of night dwelling mutants infected with a plague from the fallout of the war. At night he is a prisoner in his own fortified home as the Family seeks to destroy him. 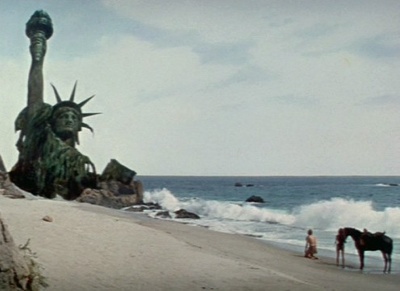 A sci fi legend, Planet of the Apes won many awards in its day and was one of the first sci-fi franchises with 4 sequels and a TV show. 3 Astronauts Led by Taylor (Charlton Heston) crash-land on an unknown planet in the year 3978 A.D. after a 2006-year voyage (during which the crew ages only 18 months). The three set off through a desert and find an oasis. They decide to go swimming and then the fun begins: they are captured by Gorillas on horseback. The gorillas take Taylor to “Ape City,” where he discovers that the apes, who can talk, are in control and humans, who cannot talk, are hunted and enslaved. Taylor manages to escape the Ape City to “The Forbidden Zone” where he discovers the apes’ world was, at one time, controlled by humans, but at some point in history, apes developed and the roles reversed. The ending is one of the great twists of cinema:

As chuck rides on the beach with his new mate a familiar object comes into view and Heston sinks to his knees bellowing “they finally did it & god dam you all to hell!” the picture zooms out to reveal the remains of the Statue of Liberty, half buried in the shoreline – showing that all along, they were actually in Earth’s future.

Notable Mentions: The Day After, 28 Days Later, The Postman, Waterworld, A Boy and his Dog