You wake up one morning and realize that you’re terribly late for work. What do you do? You spring out of bed, hop on your feet, slap together a crude sandwich and dash out the door. After arriving to your workplace – in one piece hopefully – you surreptitiously sneak into your seat only to be approached by your boss. You quickly fabricate a seemingly legitimate reason for your tardiness, “there was a marching band full of seniors crossing the road next to my driveway. Sheesh! Can you believe it?” Your boss looks at you with a gaunt expression on his/her face and finally smiles and says “don’t you remember? I gave you the day off today!”

As hinted within the story above, people have an innate tendency to take some of their abilities for granted. Oftentimes, we overlook the remarkable features that are ingrained within our daily lives. This list will cover 10 such attributes, which are deemed the most conspicuous traits that distinguish us from most brute animals. 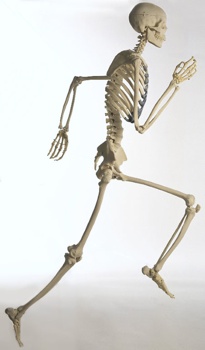 On average, humans begin walking at approximately one year of age. Our ability to learn how to walk exclusively on two legs, regardless of age, is an astonishing feat in and of itself. The very act of walking has allowed us to free up the use of our arms, and in turn, permits us to wield a wide array of tools. Bipedalism not only liberates our arms, but the remainder of our bodies as well. Instead of having our heads positioned parallel to the ground like our quadrupedal relatives, humans have eyes perpendicular to the world below, and thus, possess a broadened view of the world around us.

Walking on two legs also consumes far less energy than walking on all fours (or even knuckle dragging for that matter). As a result, our minds are less occupied with the need of a constant meal, and are instead left to wander and think about things other than food. 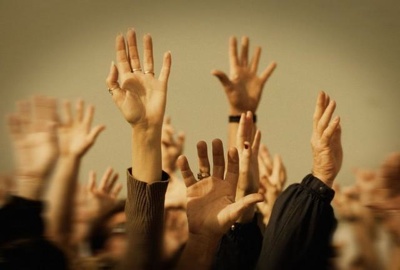 More than a handful of people here have suffered from a broken wrist or finger, and most will agree that these types of injuries are extremely debilitating (especially if you’ve incapacitated your dominant hand). A broken hand would make everything from typing on the keyboard to making a sandwich much more difficult to do. We must therefore remember to pay homage – or at least be thankful for – the anatomical makeup of our arms. To start, we should become aware of the importance of our opposable thumbs. Humans share this feature with other primates meaning that we are all capable of using our thumbs to touch any other digit on our hands, from index to pinky.

“So what? Why is that so important?” You may ask. The answer to that question lies in the fact that our hands have the ability to perform fine/precise tasks such as gripping a pencil, or typing on a keyboard. Imagine a world devoid of pencils and keyboards, or worse, a world abundant with pencils and keyboards but humans being unable to use them. It would be a scary world indeed. 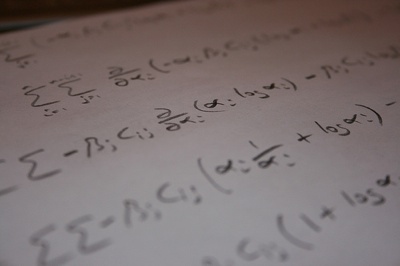 Have you ever stopped to gape at the jaw dropping majesty of some of humanity’s products of ingenuity? From the Great Pyramids and the Eiffel tower, to the nuts and bolts holding your chair in place, people have utilized their understanding of mathematics since the dawn of civilization itself. Math has even been used as a tool for seemingly profound feats such as calculating the escape velocity of our planet in hopes of one day overcoming it (and we eventually did).

Other than its vital application to engineering and rocket science, we also make use of it in a more mundane, everyday fashion. Whenever we are counting the change we’ve received from the store, or anticipating our delayed arrival back from work, we are using mathematics. 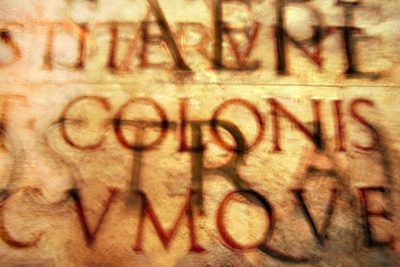 The origin of spoken language is shrouded in mystery and is still a much-debated topic by scholars across the globe. The origin of written language is also a topic of heated debate; however, most people agree that its earliest roots stem from ancient cave drawings, as they are man’s first attempt toward making a visual record of ideas. Much like many other things in this world, language has taken countless steps to evolve from the rudimentary grunts and cave drawings of antiquity into its present form. Humans have devised thousands of spoken and written languages, which are still currently in use today. Language has become ubiquitous within every corner of society in that we employ our verbiage for one main reason, to communicate our ideas with others. 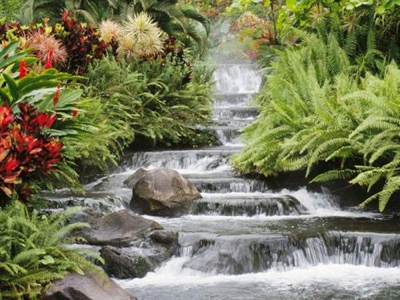 Long gone are the days of our agrarian ancestors who built their lives around the understanding of the intricacies of nature. Civilization has taken a turn from its grassroots heritage and has spawned into the amalgamation of metropolises we live in today. Most people have displaced themselves from the natural world in favor of a more urbanized one. Although the city life does contain many positive aspects, like allowing people to connect within a cohesive network, it is not devoid of caveats. For example, people in general have become increasingly desensitized toward the world beyond their microcosms. As pollution begins to perpetuate through our forests and oceans, entire ecosystems could become ravaged and disfigured. The best thing to do is to appreciate what is ‘out there’ and realize that we are ‘a part’ of nature, and not ‘apart’ from it. 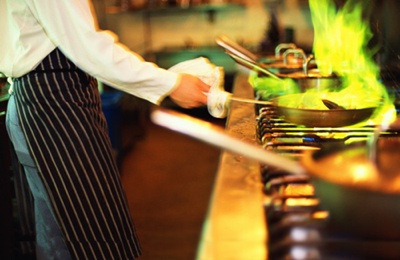 What do chicken, pork, and nettles have in common? Yes, you guessed it; they all need to be cooked before they can be safely eaten. Cooking fires have been around for a large chunk of humanity as they extend as far back as 250,000 years into our past. In our contemporary era, cooking comprises not only of placing a slab of food over an open fire, but also boiling, steaming, frying, baking and virtually any other process that prepares food with the application of heat. Cooking allows us to take a once bacteria laden piece of meat, and rid it of all of its toxins. (To eat a piece of chicken or pork raw is no doubt a recipe for disaster). Over the years, we have become accustomed to the taste and texture of cooked foods and could not imagine eating said foods in their raw states. The knowledge accompanied by cooking has allowed us to expand our menus and to truly get a taste of the world around us. 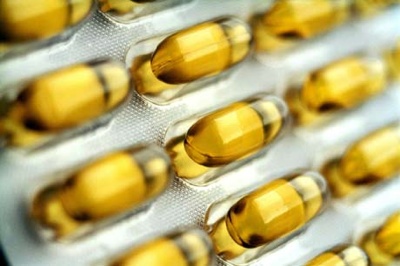 If you have ever had a cast, a splint, or even a vaccination, you have been introduced to the ways in which humanity uses its knowledge of medicine. Everything from blood pressure pills to eyeglasses can be considered forms of medicine. Frequently people forget the implications it has on us and other organisms. Veterinary medicine for instance, seeks to apply the medical knowledge procured throughout history in order to treat animals.

The art of medicine has advanced by leaps and bounds since the time of Hippocrates. From the archaic belief of the four humours, to the discovery of the smallpox vaccine (and even other future endeavors such as nano-technology), medicine has always been utilized for the outward benefit of humanity. 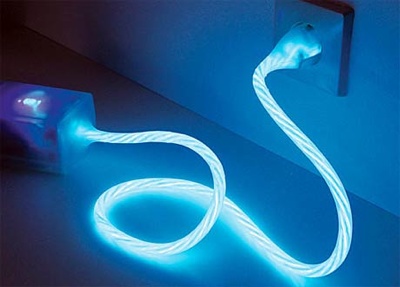 Did you wake up to the sound of an alarm clock this morning? If you have, then chances are you’ve made use of electricity (unless you’re the type to still use a wind-up alarm clock). The presence of electricity has been around for far longer than humans have roamed the earth; in fact, the properties of electricity predate the earth itself, going back to the inception of the universe. However, it is the ability to harness electricity for our own benefit that is truly remarkable. We have electricity to thank for the operation of our computers, our central heating systems and even our alarm clocks (for most of us that is).

The modern world is riddled with electrical grids and power lines seeking to distribute functional electrical current to every nook and cranny of our households. The now commonplace notion that our planet is literally connected by a series of grids would appear ludicrous (or even supernatural) to our great-great-great grandparents. Ironically, we have them to thank for laying down the foundation for what is now a truly electrifying era. 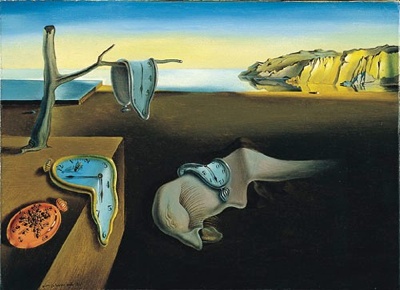 The Internet? What’s that? What day is it today? What did I have for breakfast this morning? Most of you will not struggle to remember the answers to the aforementioned questions. That is because you are able to successfully draw upon past occurrences from your memory banks. Memory is still seen as somewhat of an enigma and is thus, not yet fully understood. The capabilities of human memory are as diverse as they are complex. Some people claim to have exceedingly powerful memories while others are hindered by neurological disability. Regardless of your position on the continuum of memory, there are still ways to keep yourself sharp and primed to the best of your abilities. For example, take a little time out of each day to exercise your memory and jog the old neurons for a bit. It could be something as simple as trying to remember the title of number 8 on this list, or something as ambitious as trying to remember the order of a randomized deck of cards.

Lastly, you must always remember that even “the dullest pencil is better than the sharpest memory.” – Mark Twain

If the thought is in danger of escaping you, make sure to write it down somewhere. 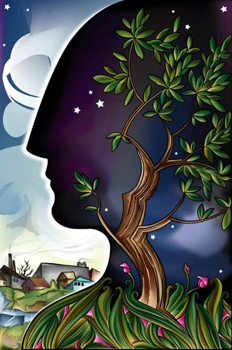 Have you ever wondered what it would be like to be the wealthiest person in the world? What about the smartest, fastest, or strongest? In fact, if you’ve ever wondered about anything, then you have been subjected to the maelstrom of your imagination. Without it, humanity would be reduced to nothing but a bunch of dull, languid belly-scratchers (okay, perhaps that statement was overly hyperbolic). Then again, without imagination, we would not have language, mathematics, medicine, or other such things on this list. We would not possess the desire to test the limits of our cunning minds nor contain the willpower to push the envelope of our physicality. Imagination is the ability to take a vague, amorphous concept and transform it into a tangible reality. It is something we have in all of us, waiting eagerly to be used to its fullest.

Site Update: An Appeal, An Apology, And More