In August 2018, Trish Regan, who hosts The Intelligence Report with Trish Regan on Fox Business Network, created quite a stir when she disparaged Venezuela and Denmark in a searing commentary about socialism. In the US, a rising socialist movement, spearheaded by politicians such as Independent Bernie Sanders and Democrat Alexandria Ocasio-Cortez, points to Denmark as a potential model for the US economy. But Regan vehemently disagreed.

“There’s something rotten in Denmark,” she said.

Regan argued that the country’s taxes are too high. Worse yet, just 3 of their 98 municipalities had more than half of the residents employed in 2013. She also ranted that “nobody graduates from school” in Denmark because they’re paid to go to educational institutions. You can see her commentary here.[1]

No matter how you feel about socialism, we can admit that we all have preconceived notions of places where we don’t live, especially when we plan to travel to those areas. Americans are now paying more attention to Denmark and what to expect there after Regan’s dismissal of socialism in Denmark on television.

We thought it might be interesting to talk about the realities of life in Denmark and not just theories of government. Here’s what I personally did not expect when I traveled to the country.

10 Bicycle Structure And Where You Can Take Your Bike 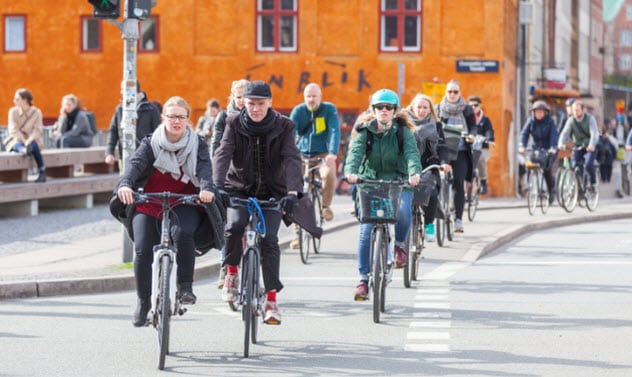 Many people understand that Danes often use bikes to get around. This heavy reliance on bicycles sparks many differences between the ways in which Americans and Danes use them.

Danish people like to ride high on their bikes, and the bicycle structure is mostly very thin.[2] My bike back home is a thick, mint green, average-size bicycle that a person can ride leisurely and plant her butt on easily. When I tried to purchase a similar bicycle in Denmark, I was told that I was not allowed to buy it because the bike was so short that it was child-size. I was told that it would hurt my knees. The seat was 1 centimeter (0.4 in) below my hip!

Additionally, when you live in America and want to travel to a city but you live too far into the suburbs to bring your bike with you, you have to find a place to squeeze your bike and yourself on a train or bus. Or you end up just abandoning your bike at home and settling for walking.

However, the S-tog (S-train) system in Denmark has designated cars where you can bring your bike as well as spaces to park the bike for the duration of your train ride. There are marked places where you bring the bike in and out the door so that no one struggles with transporting these vehicles in different directions.

You have to pay an extra fee to bring your bike on the Metro, but there is space for your bicycle if you purchase that pass.

Finally, even in suburban or rural areas of Denmark, bike paths are carved out for cyclists to get from place to place. I’ve been told by some Danes that there are groups of people in Denmark who want to get rid of the use of cars in the country altogether. 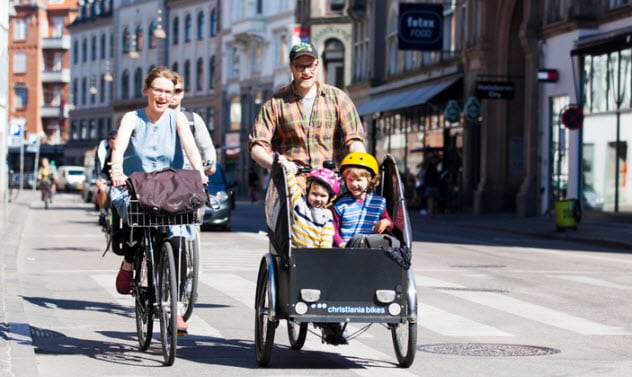 In the US, we are theoretically supposed to use hand signals to inform pedestrians and drivers of our directions. However, Americans rarely use them. We’re also supposed to wear helmets and refrain from texting while riding. However, little more than negative verbal reactions ensue if Americans do not follow these expectations.

If someone is found texting while riding or failing to use proper hand signals in Denmark, that person can be fined 100–700 Danish kroner. Danes also ride their bikes no matter what time it is, so it is expected that you will have bike lights. If you do not, people will panic about your safety and that of others during the nighttime.[3]

To allow for the transportation of children, there are child seats that attach to the back of a bike and bicycles that have wagons in the front. While these are also offered in America, they are used much more often in Denmark. 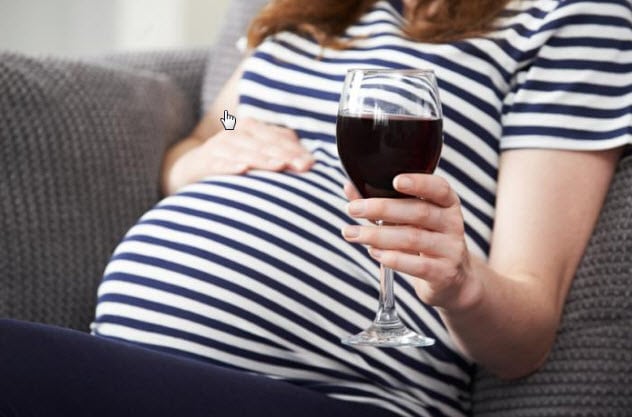 Many pregnant women in the US know about the surgeon general’s long-standing warning: You should not drink while you are pregnant if you do not wish to inflict birth defects on your child.

However, in Denmark, studies have found that it’s okay to drink a standard serving of alcohol per day when you are pregnant.[4] According to social norms, not only is it okay, it is expected. 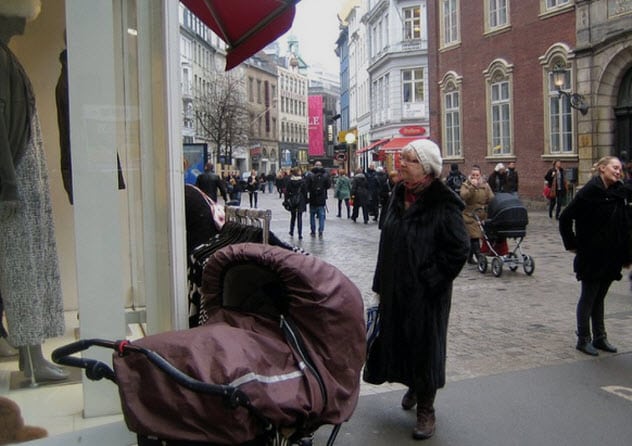 If you leave your stroller with your child inside even a few yards away from you in America, it is expected that you will have a fair number of people verbally armed and ready to chastise and scorn you as a parent or caregiver.

I have been a guilty party at one point, although I did not say anything directly to the mother (which may be just as bad). However, in Denmark, it’s normal to leave your child in his stroller one grocery aisle over or at the edge of a public room.[5] 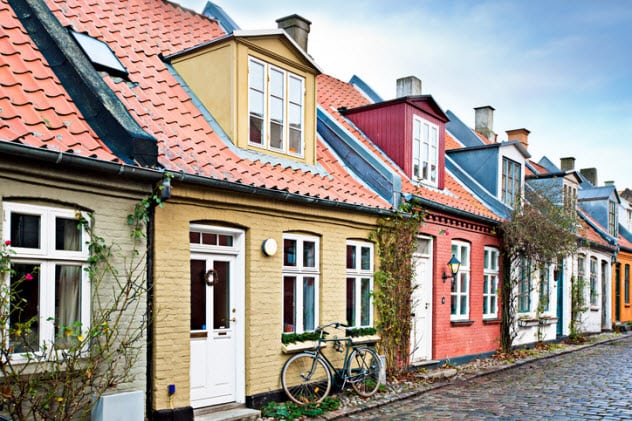 Whether for tax purposes or in the spirit of ecological concern, Danes can be quite conscious of the ways and amounts they use their water and energy resources. Thirty-minute showers would probably not fly. Although laundry dryers can be in households, drying racks are preferred except in a laundry emergency. It is also expected that you turn off lights when you leave a room unless you plan to return to that room very soon.[6] 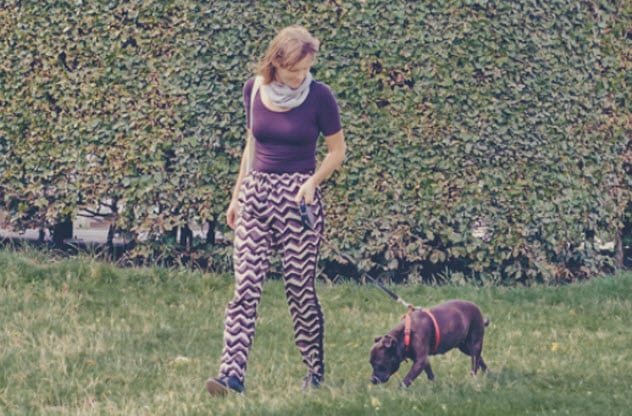 Like any city, it is hard for people in Copenhagen to take care of their pets outside their apartments other than walking them in the city. However, if you step outside Copenhagen, people will let their pets run free.

I’ve seen cats roaming the neighborhoods. At first, I felt bad for the little strays. Then I learned that they were not strays, just cats that were let out to be free for the day. Their owners knew they would return for food and quality time with the family.

Depending on the individual person, Danes may be more lax on leashes for their dogs during walks as well. However, that’s not the case too often.[7] 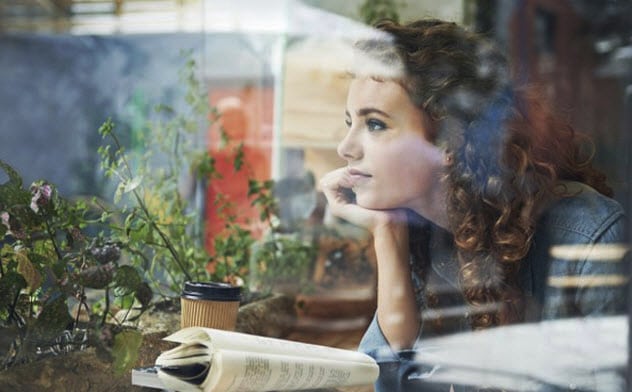 Gap years are common for students who are at or near college age in Denmark. These students are not stigmatized or ashamed of their choice. Sometimes, it is natural for kids to take a year off between high school and college in Denmark.[8]

I don’t know why, but people do not always consider Denmark or Copenhagen when they think of technologically advanced countries or cities, respectively. In America, we do not hear much about companies like Cisco anymore, but this firm is on the cutting edge of collaborative business technology.

Cisco has partnered with Copenhagen to build groundbreaking digital infrastructures.[9] There’s also Khora, a virtual reality lab in the meatpacking district of Copenhagen, where people can try different virtual reality systems and games for a low price.

Copenhagen hosts a yearly Techfestival (motto: where humans and technology meet) and boasts the location of many other tech startups and well-established tech companies. 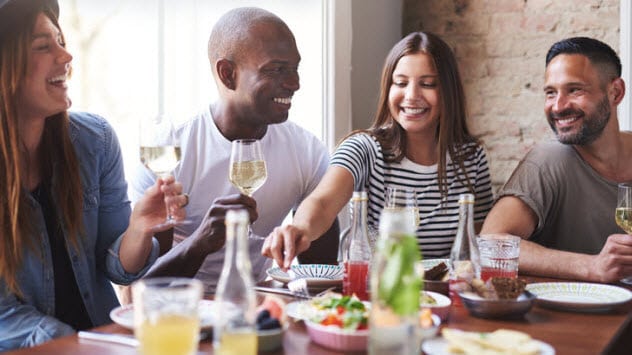 If you are invited to a dinner party in Denmark, you’d better set aside the whole night, starting at around 5:00 PM. It is not typically encouraged to jump from party to party if you have been invited to more than one on the same day. You eat dinner, drink, have dessert, and talk for nearly six hours.

Normally, the host has a seating plan and you should not arrive late or early.[10] If you arrive late, it is rude. If you arrive early, it is worrisome to the host, who may not be fully prepared yet. It’s not necessarily about partying but more about having a good time together and catching up. 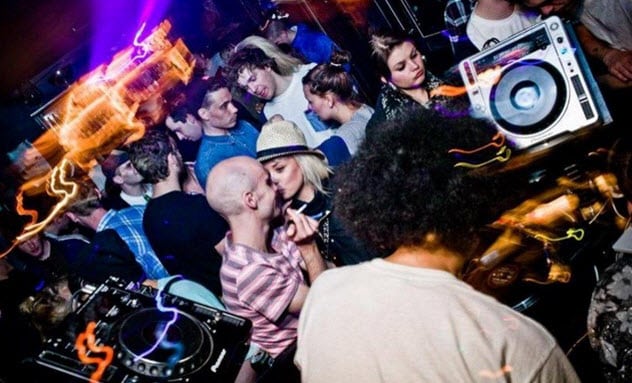 Okay, so Danes are a lot more fun and adventurous than Americans. At least this American. People don’t start hitting the bars until 11:00 PM, and sometimes, they won’t start leaving until 3:00–5:00 the next morning. When Danes want to party, they party hard.[11] 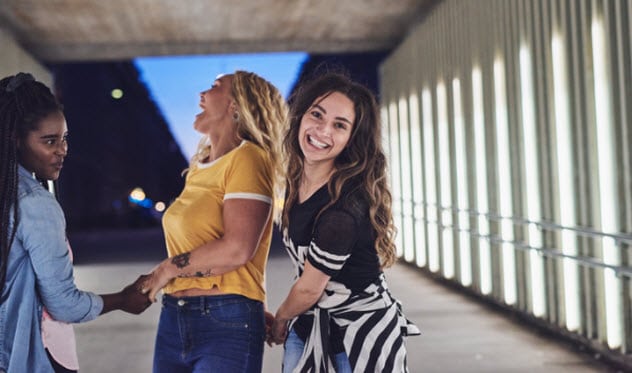 In the US, women are often told to either go out in large groups or make sure they have a man around them if they go out after dark. However, people in Denmark, including women, don’t seem to be afraid to go out on their own.[12]

I’m not about to say that Denmark is a utopia because no place is. I’ve biked home at 1:00 AM here, taken trains at midnight, and felt completely safe. Back home, if I’m waiting outside the catering hall where I work in my town and I hear a sound behind me—even at 9:00 PM—it would be enough to make me curl up into a ball and picture the worst possible scenario.

I’ve talked about this to other young women who are studying abroad with me. They have had no problems going home with Danish men. One even said that any time she felt harassed or in danger in Denmark, it was a foreigner, not a Dane, who made her feel threatened.

++ Danes Are Blunt, And That Is Okay 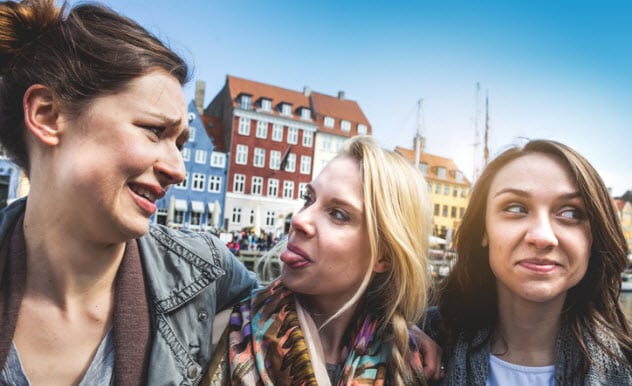 Danes will tell you their honest opinions—whether it’s believing that certain activities or customs are silly or telling you that you’re wrong about something and exactly why or correcting a social behavior that they believe is rude.

Or maybe they just laugh at you when you mispronounce a street name. The Danes understand that it’s okay to be up-front and honest and there’s a way you can do that without being straight-up mean. In fact, most times, you get a good laugh out of the interaction.[13] 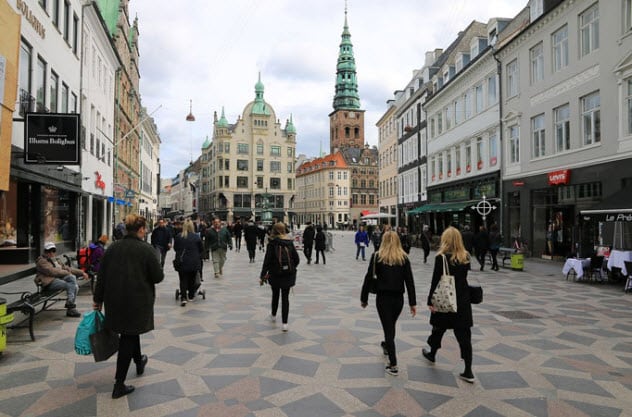 Remember in 2008 when Selena Gomez and Demi Lovato wore high-top sneakers with their dresses? We thought it looked cute for a few years and then realized that it was just odd.

It’s actually made me reframe the idea of cute outfits with athletic sneakers to be wholly cute outfits. Danes also like to be warm. I’ve heard some Danish people tell me that it’s almost like Americans don’t care about the weather—they’ll wear what they think is good-looking in any type of weather and risk their comfort.[14]

However, Danes will wear sweaters and parkas and scarves and make them look cute when they think it’s going to be cold. I’ve seen that even toward the end of summer. However, other American girls and I are wearing skirts and freezing our legs off here when we go out. We dream of how to wear jeans and leather jackets to be warm and cute like the Danish girls.

I’ve continued to learn that changes or differences in the ways that various people live are not bad. Most of the time, our “comfort zone” is really more of a barrier to how we could be experiencing life than an actual comfort.

For me while living in Denmark, that lesson certainly applies. Danes live differently than what I’m used to, but I’m not upset about it at all. In fact, I find myself constantly enthusiastic about this new way of living.

Maher is in her fourth and last year of undergraduate studies at American University in Washington, DC. She studies journalism and health promotion and is currently studying in Scandinavia to understand herself and the world around her more. Maher’s dream is to be an investigative journalist or to work for NPR. Honestly, what journalism student doesn’t have that dream, though?

Read more fascinating facts about Scandinavian countries on 10 Fascinating Facts About Norway and 10 Awesome Things We Have – Thanks to Sweden.