I have had three friends commit suicide in the past 5 years, the most recent dying only a few months ago, so this list is dedicated to them and others who have, sadly, ended their lives too early. As a teenager growing up I know that, for me, personally, suicide was always on my mind during a period of time. Most of us go through a stage where we become depressed but, luckily for us, we’ve either found better ways to deal with our issues or we’ve had a support group we were able to turn to. For some of us the phase just passed. For some people, though, the phase doesn’t end, they feel there is no one to turn to and there are no escapes. This list is intended to discuss the celebrities who have committed suicide and whose death was either unknown, not widely acknowledged or forgotten. This list is in no particular order. 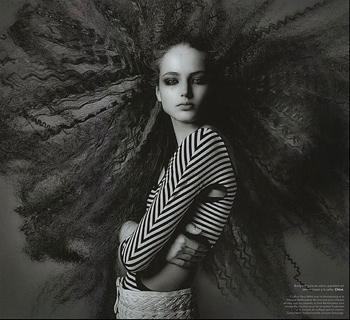 Ruslana Korshunova happened to be a Kazakh supermodel that had a Russian heritage. She had posed in Vogue and had represented designers such as Vera Wang and Nina Ricci. She was discovered in 2003 and was immediately distinguished by her long, knee-length, chestnut colored hair. Part of what made her suicide so bizarre was the method she chose. June 28, somewhere around 2:30 P.M., Ruslana “fell” out of her ninth-floor balcony, after having watched the movie “Ghost” with a former boyfriend in Manhattan. Friends have said that she was usually a cheerful person and had never shown any signs of distress or feelings of failure, although there were things written on some social networking sites that seemed to suggest otherwise. She at one time stated “Death is a celebration of life…there is hope” and “I’m so lost. Will I ever find myself?” Ruslana Korshunova’s death was ruled as a suicide because the police could find no other witnesses. However, something odd that was noticed at the time of her death was that her trademark hair was considerably shorter, and looked as if it had been cut in haste.

Sometimes it can seem like the only way, but there’s always another option. Buy Night Falls Fast: Understanding Suicide at Amazon.com! 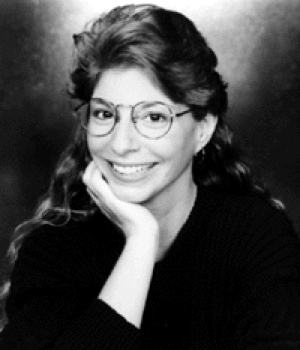 I’m sure that everyone on this site is familiar with the popular hit “Southpark”, but maybe not so familiar with this leading lady who contributed to making this show so beloved. Mary Kay Bergman was born in Los Angeles, California, to Jewish parents and was a self-proclaimed nerd. Science fiction and fantasy were two main passions of hers, but she had always been an avid fan of Disney. She not only voiced the parts of Ms. Cartman and Wendy on “Southpark”, but she also was the voice of Timmy Turner in “The Fairly Oddparents” and was the official voice of Snow White for Disney. Bergman had been married for 9 years (a big accomplishment to some, including myself), seemed happy. Until her death, no one had known that she had suffered from chronic and acute depression for a multitude of years, despite having reached many of her goals and achieving a dream profession. Sadly though, on a Thursday night Mary Kay Bergman shot herself in the head. She was found an hour and 20 minutes later by her husband and friend, along with two suicide notes that have not yet been released. 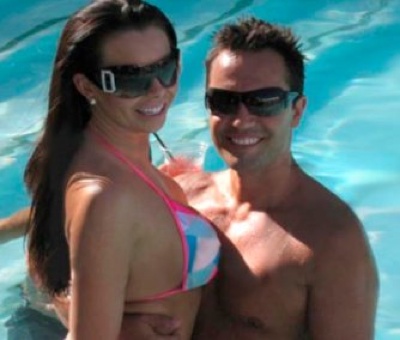 I’m sure that on this one some may argue this person’s status as a celebrity because they only starred on reality television. Although it’s not nearly the same in status, I am absolutely addicted to reality television, so it’s enough for me. This awful event took place quite recently and although the reasons behind the act are difficult to hear, it was certainly bizarre and shocking enough to bear noting. Ryan Jenkins was a Canadian, born in British Columbia, who was also a self-made millionaire. He appeared on the popular VH1 show “Megan Wants a Millionaire” and went on later to star on “I Love Money”. He won the first place prize, along with $250,000 dollars. “Megan Wants a Millionaire” stopped airing after only a few episodes and “I Love Money” never aired, following the discovery on August 15, 2009 of the body of Jasmine Fiore. She was a former model who met Ryan in a Las Vegas casino, married him two days later and was brutally killed shortly thereafter. Fiore was found in a suitcase with no teeth and her fingers had been cut off. She had been strangled, and her body had been crushed, mutilated and beaten. Had she not had breast implants her identity might never have been discovered. Five days later, after an intense search had begun, Jenkins hanged himself with a belt in the room of a motel in Canada. The picture above is of Jenkins and Fiore in happier times. 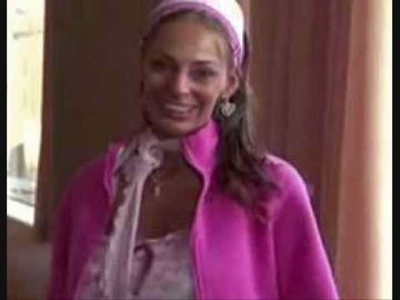 Any readers who watch “American Idol” are sure to be familiar with Paula Goodspeed. Paula was a devoted fan of “American Idol” and especially of Paula Abdul. She had auditioned to be on the show to meet her idol and in the hopes of becoming infamous. She achieved infamy, but sadly for the wrong reasons. It was said that because of her outlandish fashion and flat audition she was rejected, and that she was ridiculed for having braces. Five months later Goodspeed would write on a social networking website that auditioning may have been a mistake and that reading fans comments about her were hurtful. As a consequence of her very serious crush on Paula (Goodspeed identified as being gay), an audition gone wrong, rejection and cruel remarks from her peers, Paula Goodspeed was found outside the home of Paula Abdul having killed herself with an overdose on prescription pills. 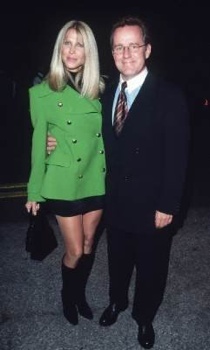 This was a widely publicized story that happened quite some time ago. Brynn Hartman was the third wife of famous actor and comedian Phil Hartman and the third time, in this case, was anything but a charm. Most of us will recognize Phil Hartman from the long running television show “Saturday Night Live”, where actors are known to improv a lot of their lines. Brynn was a former model who had a history of drug and alcohol abuse throughout their marriage, as well as behavioral problems. No-one knows if it was their two children, or Phil’s undying love for Brynn, but he was determined to make this marriage work. It ended up costing him his life. On the evening of May 27, Brynn and Phil had one of many arguments about her drug usage. Phil then went to sleep, and was later shot by a high and intoxicated Brynn. Brynn then confessed the murder to two people before she shooting herself in the head, taking her own life. Phil was shot twice in the head and once in the side and is believed to have died instantly. There was speculation that Andy Dick had provided Brynn Hartman with the cocaine she took that night, spawning her psychotic behavior, but he denies those claims to this day. 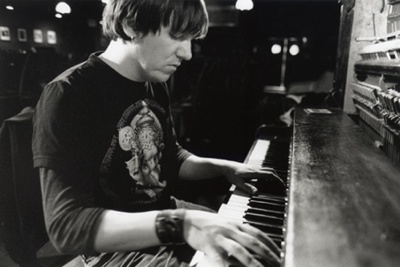 Elliott Smith was born in Omaha, Nebraska, and lived for a long time in Portland, Oregon. Elliott had a gift for creating music that took you to another place and his voice was totally unique. He was best known for having a large role in the creation of the soundtrack for “Good Will Hunting”, and for an Academy Award nomination for his song “Miss Misery”. Elliott had had suicidal tendencies before, having tried to jump off a cliff while drunk, only to have a tree break his fall. While in Portland he began to dabble in drugs. Following an argument with his girlfriend in late October, Smith was found in the kitchen with a knife in his chest after his girlfriend heard him scream. Elliott Smith died at 1:36 P.M.

Read about more celebrity suicides with Suicide: The Final Curtain in the World of the Famous at Amazon.com! 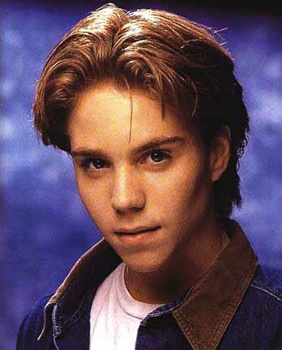 Jonathan Brandis was born in Danbury, Connecticut, and began his film career at age 5. He starred in one of my favorite childhood films “The Neverending Story II: The Next Chapter”, as well as the film “Ladybugs”, with the late Rodney Dangerfield. Although those movies formed my biggest impression of him, it seems Brandis was most known for his role on “SeaQuest”, a television show created by Stephen Spielberg. It is in SeaQuest that he became a teen idol. Friends of the actor said he seemed to be depressed about his lack of a career, despite the fact that he was working on a film in his directorial debut, as well as other promising things in the works. Jonathan Brandis hanged himself on the evening of November 11th and died in the hospital the next day. 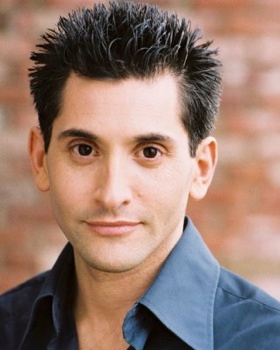 Andrew Koenig was best known as the character “Boner” on the sitcom hit “Growing Pains”, which was one of my favorites as a kid. He also played The Joker in a short film based on the “Batman” series, but otherwise didn’t have too much of an extensive resume. Koenig was said to mostly enjoy working behind the scenes and he was deeply involved in human rights. In February 2010 Koenig went to Canada to see the Olympics and never returned. He was later found hanged in Vancouver. 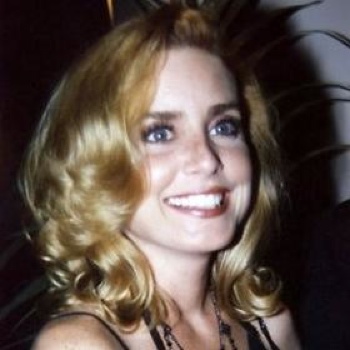 Dana Plato was born in Moore, Oklahoma, and was best known for her role as Kimberley on “Diff’rent Strokes”. She was let go from the show because of an unplanned pregnancy. Not able to reach the status she wanted, she became involved in darker pastimes, and was arrested for armed robbery in 1991. She got breast implants and appeared in “Playboy” in the hopes of regaining stardom. She later moved in to films of a more erotic nature. She appeared on “The Howard Stern Show” the day before her death and claimed she had been sober for 10 years. Callers called to defend her and commend her on turning her life around, but Dana went on to overdose on pills the following day in a vehicle outside of her fiancé’s mothers’ house. Sadly, Dana’s son also committed suicide last month (May, 2010). 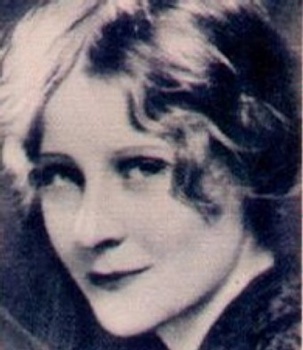 Peg Entwistle may be the oldest on the list but her story certainly isn’t the least interesting. Born in Port Talbot, Wales, UK, her dream, like so many others, was to become an actress. She started out on Broadway and went on to be known as a comedienne. Her last film was called “Thirteen Women” and, apparently, received very poor reviews. Upset by the comments of the critics, as well as the greatly reduced screen time featuring her, Peg walked up the hill featuring the famous Hollywood sign, climbed atop it and jumped off. Strangely enough, the following day a letter came in the mail for Entwistle offering her a role in a play about a woman who commits suicide.