American General Stanley McChrystal was recently relieved of command by President Obama, for disparaging comments he made about the administration. He was the latest U.S. general to be sacked for crossing the Commander In Chief. Here, in alphabetical order, is a list of other generals from history who got into trouble of varying severity with their superiors. 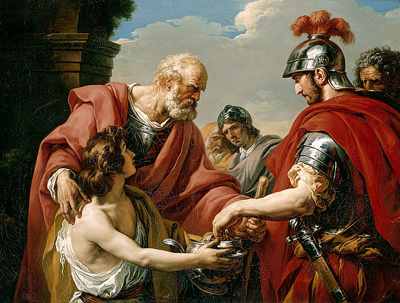 Belisarius was the greatest Byzantine general, under the greatest Byzantine emperor, Justinian I. He fought many battles against the Persians and Bulgars, helped reconquer much of Italy, and put down the Nike rebellion at home. He fell out of favor with Justinian, in part because he overstepped his authority in parleying with the Goths. He stood trial on spurious charges, but was protected by influential family connections. He was later pardoned by Justinian, and spent his final years in peace. There is no truth to the legend that Belisarius was blinded by Justinian, and died as a beggar on the streets of Constantinople. 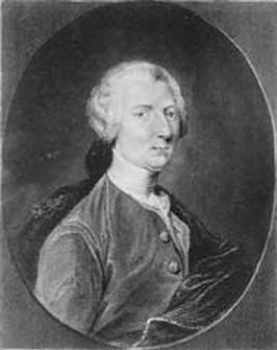 Thomas Conway was a French general (of Irish birth) who served on the American side in the Revolutionary War. In October of 1777, George Washington strongly opposed the promotion of Conway to be major-general, on the ground that it was unjust to the abler and older American officers. He felt that Conway was a general of no particular distinction, and somewhat of a braggart. However, the Continental Congress refused Conway’s proferred resignation, and the defeats Washington suffered that year caused Conway to ally himself with the victor of Saratoga, General Gates, in attempts to oust Washington as top commander. After a series of intrigues and personality clashes too long to summarize, but collectively known as the “Conway Cabal”, Conway’s disrespect of Washington finally angered Congress to the point where Conway’s resignation in 1778 was accepted, much to his chagrin. After a duel, when he thought he was dying, he wrote Washington a complete apology for all the injury he had done to him. He recovered and served with the French army overseas, and later supported the Royalist side in the French Revolution. 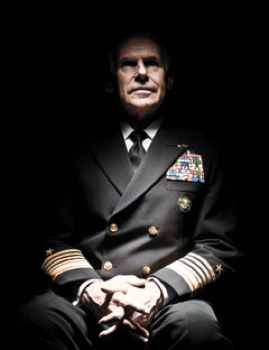 In early 2007, U.S. Navy Admiral William Fallon became the central commander of American troops in the Middle East, including Iraq and Afghanistan. This was the first time a naval commander had held this post. From 2003-2005, Fallon had served as the commander of Fleet Forces Command. He then served as head of the U.S. Pacific command from 2005 to 2007. In this post, Fallon was commander of all the American forces stationed in the Pacific, a total of 300,000 military personnel. However, in 2008 he allowed himself to be profiled by an opponent of the Bush administration in Esquire magazine. In it, he was portrayed as deploring the Bush administration’s perceived saber-rattling towards Iran. Even though he denied a rift with the President, and deplored the article as “poison pen stuff”, he resigned his post. Defense Secretary Gates accepted his resignation, and in a press conference said that the “cumulative” effect of Fallon’s outspokenness had become a distraction. 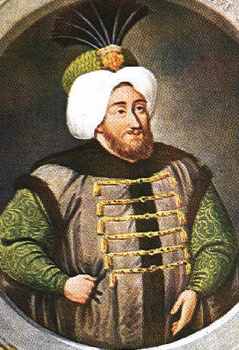 Kara Mustafa Pasha served as captain of the fleet, vizier in the State Council, and deputy grand vizier in the Ottoman Empire, in the 17th century. Succeeding Faz?l Ahmed Pasha as grand vizier, he led unsuccessful campaigns against Poland and then Russia. Meanwhile, a Hungarian revolt against Habsburg rule in 1678 allowed Kara Mustafa Pasha to move against Austria. The Ottoman army, under his command, laid siege to Vienna (July 17–Sept. 12, 1683). Overconfident, he did not exploit early military openings, or even entrench his forces, instead spending more time pursuing the delights of the flesh in his personal compound. Consequently, the Ottoman army was surprised, and defeated by an Austrian-Polish relief force under John III Sobieski, king of Poland. The siege was lifted, and the Ottomans never again threatened so deeply into Europe. The penalty for failure for the Ottoman commander was harsh. Although he blamed and executed scores of his own officers, Kara Mustafa Pasha was strangled with a silken cord, as befitted a high-ranking malefactor, at Belgrade that same year on orders from the sultan. His head was brought to the sultan on a silver dish. 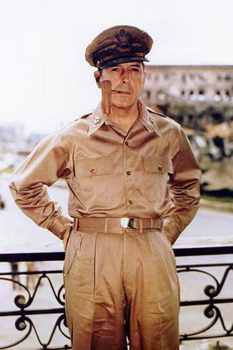 Possibly the greatest prima donna of World War II, MacArthur’s vanity was legendary. He had a Filipino silversmith hammer out a five-star collar emblem, using Filipino, Dutch and Australian silver coins supplied by his aides, when he was promoted to a five-star general, rather than wait for the real stars to arrive in the military mail. His ego only grew during his next posting, as Allied commander during the Korean War. His brilliant landing at Inchon saved the South from being overrun by the communist North. But he blundered in not anticipating China’s entry into the war, and in publicly disagreeing with President Harry Truman over strategy. “I’m going to fire the son a bitch right now,” Truman declared. But such was MacArthur’s prestige and popularity, Truman had to proceed very diplomatically, and even so his own standing with the public took a sizable hit. MacArthur’s standing was such that he gave a farewell address to Congress, which included the famous line “Old soldiers never die, they just fade away.” 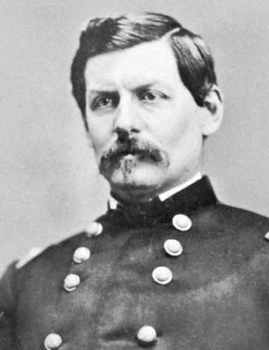 As an organizer and logistician, Union General George Brinton McClellan was a godsend to the Army of the Potomac, early in the American Civil War. The scholarly, well-traveled veteran of the Mexican War and former instructor at West Point was just what the Union, stunned by unexpected defeats by the Confederacy, needed to whip its forces into trim. Even though McClellan himself had been mauled by Stonewall Jackson and Robert E. Lee in the Seven Days Battle, his assumption of command from the defeated General Pope was met with enthusiasm. Unfortunately, he was unused to supreme command. He was as overcautious in the field as he was meticulous behind the lines, time and again allowing Lee to slip away. He complained of lack of support, and consistently overestimated the enemy’s strength. President Abraham Lincoln began to lose patience with him, sending increasingly tart orders for him to get moving: “Are you not overcautious when you assume that you cannot do what the enemy is constantly doing?” “I beg to assure you that I have never written you, or spoken to you, in greater kindness of feeling than now, nor with a fuller purpose to sustain you, so far as in my most anxious judgment, I consistently can. But you must act.” Finally, he was relieved and replaced by General Burnside. He ran and lost against Lincoln for President in 1864, later served as governor of New Jersey, and died of heart failure in 1885 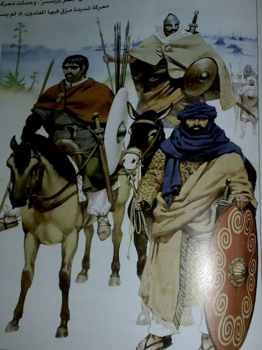 Musa bin Nusair was an Arab from what is now southwestern Saudi Arabia. He was one of the greatest commanders of the Arabian age of conquest, most famously capturing Morocco and invading Spain, conquering it for Islam. He landed on the Iberian peninsula in tandem with an army led by his subordinate–and rival–Tariq bin Ziyad in the early 8th century AD. For the next several years he campaigned successfully, amassing a fantastic amount of treasure and captives. He and Tariq were called back to Damascus by the caliph, al Walid I. They were celebrated as conquering heroes by the people. But al-Walid died soon after, and was succeeded by his brother Sulayman ibd al-Malik. Sulayman demanded that Musa turn over his treasure, and, when he objected, Musa was stripped of his rank and turned out into the streets. His son was beheaded on Sulayman’s orders. He was reported to have spent time as a beggar outside a mosque, and he died, old and broken, while performing the pilgrimage to Mecca. 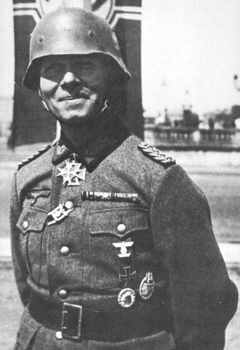 “We have a very daring and skillful opponent against us, and, may I say across the havoc of war, a great general,” said Winston Churchill, in acknowledgment of the formidable gifts of Nazi Germany’s greatest general, Erwin Rommel. His skillful implementation of Heinz Guderian’s blitzkrieg enabled the Wehrmacht to swiftly overrun France, and nearly drive the British from North Africa. It was in the latter theater, far from the meddling interference of Hitler, that Rommel earned his nickname “The Desert Fox”, for his daring and innovative tactics. But by the time of the Allied invasion of France in 1944, Rommel was disillusioned with the war, and with Hitler. He was implicated in the July plot on Hitler’s life, but was too popular with the public to move against openly. When he was injured in an Allied strafing attack on his car, the Gestapo gave him an ultimatum: to commit suicide or he would be tried publicly along with his family. He chose suicide, and his death was attributed to the airplane attack. He was given a fallen hero’s sendoff, that made excellent grist for the Nazi propaganda mill. 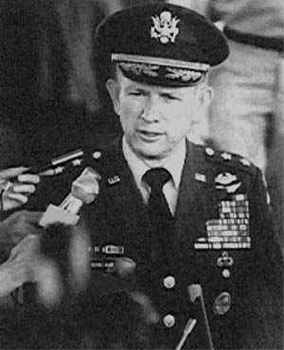 General Singlaub was a veteran of World War II, Korea and Vietnam. He was one of the Operation Jedburgh parachute commandos who worked behind the lines with the French Resistance in August 1944. In early 1977, when he was chief of staff of U.S. forces in South Korea, he publicly criticized President Carter’s plan to draw down troop levels in Sthat country. Carter fired him for the breach of discipline on March 21, 1977. Singlaub went on to participate in a number of anti-communist organizations in the Eighties. 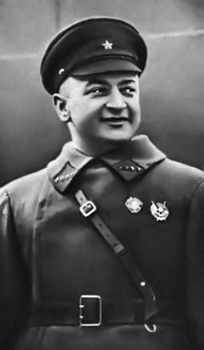 Mikhail Nikolayevich Tukhachevsky was a Marshal Of The Soviet Union, and a gifted military theorist. He was decorated for bravery while serving in tsarist Russia’s army during World War One. He rose to command during the Russian Civil War, carrying out the final Red offensives, and suppressed the sailors’ revolt at Kronstadt in March, 1921. He also quite ruthlessly quashed a number of peasant revolts in the 1920s. He ran afoul of Joseph Stalin during the 1920 war between Russia and Poland, each blaming the other for Russia’s defeat. Never one to give up a grudge, Stalin framed Tukhachevsky as a Trotskyite conspirator, and had him tried, convicted and executed in 1937. His advanced military ideas came back into favor after the initial disasters of the Nazi invasion of Russia in 1941, and Tukhachevsky himself was posthumously rehabilitated in 1963. 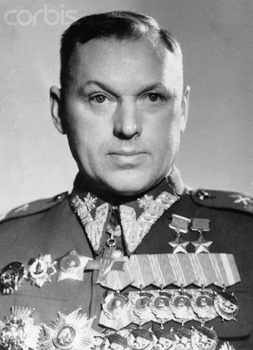 Konstantin Konstantinovich Rokossovsky was one of the generals who became a victim of Stalin’s purge of the Red Army in the late 1930s. His support for the ideas of Marshal Tukhachevsky undoubtedly helped land him in hot water. He was tortured and imprisoned, but unlike so many of his colleagues he was not executed. Even more atypically, he was released and reinstated in a military post in 1940. He rose to high command after the German invasion, and famously escaped with his life after stubbornly disagreeing with Stalin over a matter of strategy. He served to the end of the war, linking up with British General Montgomery, while General Zhukov’s forces captured Berlin.