A cryptid is a creature who may be thought by some people to exist, but is not recognized by the scientific community. Cryptids appear frequently in folklore and mythology but – as you will see – tales of them appear still to this day. One cryptid that is well-known is Bigfoot. After the giant squid was discovered, I became fascinated (and creeped out) by these bizarre creatures. This list is in no particular order. 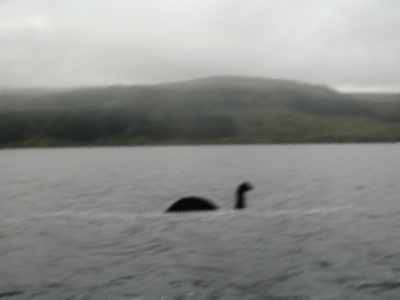 Champ and Nessie are creatures that have similar backgrounds and descriptions. People have reported seeing these creatures in Lake Champlain, USA, and Loch Ness, in Scotland. Reports of Nessie describe the creature as being 20 feet long with dark grey skin. She is reported as having humps and at least one set of paddles. She has a head similar to a horse‘s. Witness reports vary on the description, but not by a lot. The most reported sightings of Nessie occurred in the 1930s and still occur to this day. Champ has been sighted for as long as 400 years. Native American tribes have even older legends of a beast in Lake Champlain. Champ is also described as being about 20 feet long (lengths vary) with a serpentine body. He also is reported as having a horse-like head. Champ has had laws pushed through to protect him. The most interesting thing about Champ and Nessie is that they are thought to be dinosaurs that managed to survive. Descriptions of them are similar to a plesiosaur. 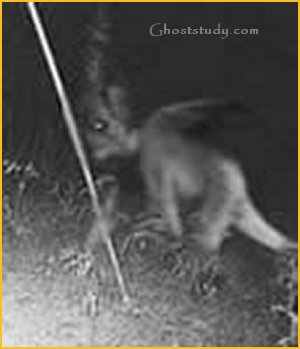 Chupacabras have been reported to suck the blood out of livestock, similar to the way a vampire would. The chupacabra has been a very confusing subject for crypto zoologists to research because descriptions vary so much. American “chupacabras” have been usually proven to be a canine breed. Usually, they have mange so bad that they look like another creature entirely. Researchers have found sightings as early as 1974. They have also found that the chupacabra is similar to a creature in legends of the Taino Indians. The Puerto Rican sightings have gathered the most interest. Sightings had been reported from 1995 to 1999. The chupacabra has been reported as having large glowing red or orange eyes, huge fangs, sharp claws, spikes running down it’s back, and as standing on two limbs. In one sighting, the chupacabra changed colors before their eyes. One theory is that they are a scientific experiment gone horribly wrong. 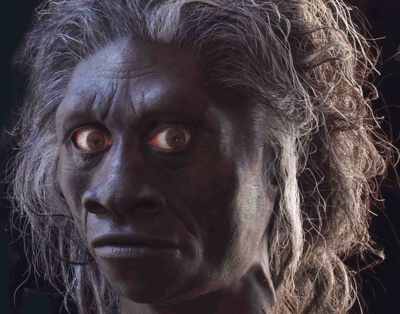 These little guys were sighted in Flores, Indonesia, from ancient times to the 19th century. They’re described as hairy and short with big guts. They walk like humans. They are said to have mimicked the words people said to them. Australians and Indonesians found skeletons of a new species of human at an archaeological site. They were believed to live over ten thousand years ago. The skeletons were about a meter tall. These skeletons were thought to possibly be the ebu gogo of Indonesian folklore. The ebu gogo have been used by Indonesians as a scare tactic to get their children to behave. The term “ebu gogo” means grandmother who eats anything. Legend has it that the ebu gogo and the people lived in peace… for a while. The ebu gogo started killing crops and the humans’ animals. They fled to caves when the humans started killing them. These caves were eventually set on fire after the ebu gogo stole a baby. Some were said to have fled to the Liang Bua caves, which is the cave where the archaeologists found the small skeletons. 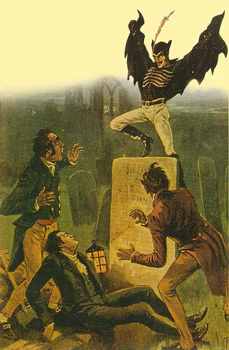 Springheel Jack has been reported in London, New Mexico, Massachusetts, and Argentina, from 1837 to our time. Springheel Jack is thought to be a tall and thin man, who wears a tightly fitted hat and a black cape. He has large claws and sometimes his eyes are described as glowing a bright red. In 1837, a man, thought to be a police officer knocked on a woman’s door, claiming to have caught Springheel Jack. She came back with a candle and the man had disappeared. She went outside to find a man by her gate. After giving the man the candle, who happened to be Springheel Jack, he attacked her. He spit white and blue flames out of his mouth and tore at her dress and face with his claws. He fled after the woman’s sister came out after hearing her screams. In 1877, people reported their bullets shooting through him, while he remained unharmed. In the 1930s, he was reported being in Silver City, New Mexico, and Cape Cod, Massachusetts. The reports remained the same. In 2005, he has been reported as jumping from one roof to the next, up to five meters high and ten meters long. Some people link him to Jack the Ripper. 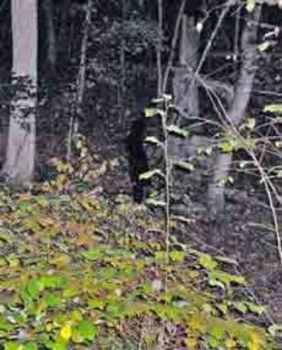 Shadow people are reported worldwide and since the beginning of recorded history. Shadow people seem to be living shadows. They are usually seen out of the corner of peoples eyes. Some people see semi-transparent dark splotches. They vanish as soon as a person realizes what they saw. When people see shadow people a feeling of despair and fear overcome them. There have been some reports of being attacked or chased by these shadows. The shadows are usually larger than a normal shadow and doesn’t resemble the person’s silhouette. I have personally came across a shadow like this and a dreadful feeling came over me for a brief moment. It was abnormally large and moved, when I did not. 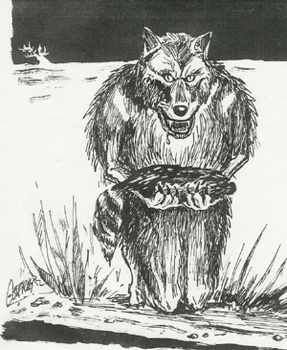 This beast was sighted in Wisconsin, USA. It has been sighted since 1936. It runs on all four limbs, or its hind limbs. It is said to be about six feet tall, built like an athletic man and covered in shaggy hair. He has a wolf-like face with yellow eyes, that glow in the light. A woman said it was the closest creature to resemble a werewolf that she had ever seen. He has a horrible odor of decaying meat. In 1936, this beast was seen digging in an Indian burial site. The watchman prayed for his life upon seeing him. The beast reportedly said “gadarah” to him and walked away on his two hind legs. Gadara was a Greek city, located east of the Jordan River. It is mentioned in the New Testament. According to the Bible, Jesus met a man who was thought to have been possessed by evil spirits. This man was so strong that he could break through chains. When the man saw Jesus, he worshiped him. He told Jesus his name was Legion, and that there were many like him. Jesus cured him of the evil spirits, by transferring them to a herd of pigs. The pigs then ran into the sea and died. The theory is that the beast of Bray Road was trying to tell the man about his kind and that his kind has been around since biblical times. 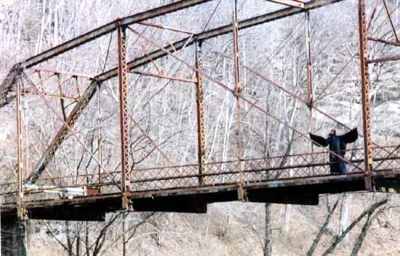 This creature has been sighted in Point Pleasant, West Virginia, USA. Sightings have been reported since 1966. The moth man is a gray and winged creature with large glowing red eyes located in what would normally be the creature’s upper chest. It is about six feet tall and wider than a man. The first report was made by five males who were at work in a cemetery. As they were preparing a burial site, they had seen a creature that appeared to be man-like fly over them. In another report, a group of people were chased while they were in their vehicle going at least 100 mph by a similar creature. The mothman had managed to keep up with them for a while, before flying away. They claimed the mothman did not flap his wings while flying. Some people even reported their car completely dying, momentarily, when they have sighted the creature. The mothman has also been linked to UFO sightings and seemingly legitimate claims of “men in black” visits at a newspaper office. 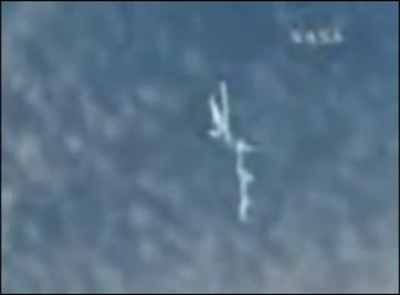 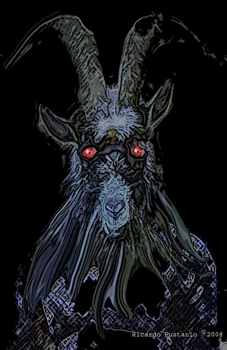 The Maryland goatman has been seen in Prince Georges County, Maryland, USA, since the 1970s. It is reported as having the lower body of a goat and the upper body of a man. He also has the horns of a goat. He’s about 7 feet tall and 300 pounds. The goatman was first sighted by a couple of lovers who had been making out in their car. The goatman had an ax in his hand, while staring at the couple. He then ran into the woods. A woman reported that she had seen the creature in her backyard while her dog was barking urgently. She was too scared to go outside and found that her dog had had it’s head chopped off, when she went outside the next morning. 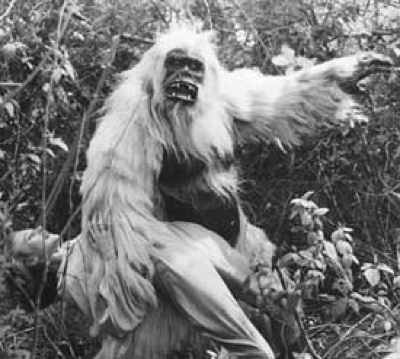 There are legends of this creature in Africa. He is said to have looked like a mix of a man and a monkey. Legend had it that the creature had magical powers and enjoyed the taste of human flesh. Female pongos turned into gorgeous women in order to get close enough to a man to eat him. Pongos and humans could reproduce hybrid kids who looked like normal humans, but had cannibalistic tendencies. In 1847, the pongo was amazingly discovered to exist. However, it is now called a gorilla and known to be a vegetarian. Okay, I admit this animal is obviously no longer a cryptid. However, it shows that reports of cryptids may sometimes be over-exaggerated, and if some are found to exist they may actually turn out to be pretty damn ordinary.