Recently, renowned physicist Stephen Hawking announced that if humans didn’t want to face extinction, our only option is to abandon planet Earth. In addition to the threats most species face, we humans also have the capability to destroy ourselves and/or our planet with thermonuclear weapons. Nuclear devastation tops a long list of ways for us to go out, including asteroid impacts, solar storms, disease outbreaks, etc. Here’s a fun fact: Over 99% of all species that have ever existed on our planet have gone extinct. Still, assuming Earth someday becomes inhospitable due to some catastrophe, here are 8 ways for us to avoid extinction. 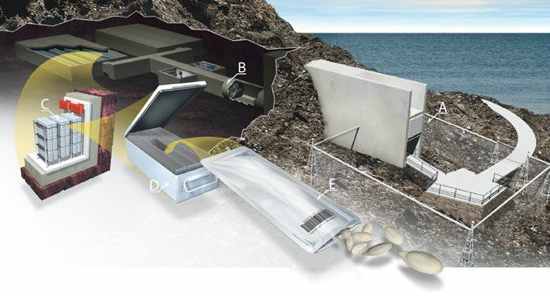 In the event of widespread devastation such as a nuclear holocaust, asteroid impact or some other large-scale environmental disaster, one way humans could survive would be to simply rebuild. For shelter, humans would most likely be forced to settle in places either untouched or the least damaged by the disaster. Securing food and water may not prove as difficult as expected. There are many techniques for purifying, distilling, and ensuring water is safe to use. The short-term solution to food would be to forage. Nuclear fallout can be washed off sealed food, fruits and vegetables, etc. with minimal risk of danger. Long term solutions could include reintroducing destroyed species into nature. The Svalbard Global Seed Vault in Norway is home to over 250 million seeds, with a total capacity of more than 2 billion. Underneath a cooling layer of permafrost, it is located inside a mountain near the North Pole, 400 feet above sea level and far away from tectonic plates. If the food chain were ever disrupted, genebanks like Svalbard would be crucial to our survival. 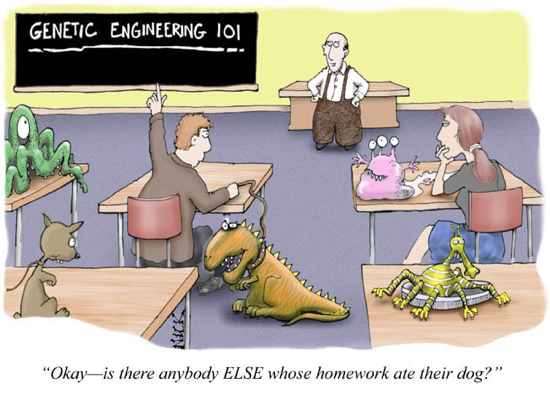 If the food chain were disrupted by plague, or a deadly pandemic were spreading among humans, an option to fight back might be genetic manipulation. Scientists have already figured out how to force evolution of a virus to manipulate it’s behavior and reproduction, and they also know how to manipulate and replace genes in humans. Certain harmless viruses can be forcibly evolved to bypass our immune systems, making them perfect delivery systems for drugs that target specific cells. Genetic engineering and gene therapy in humans could potentially prevent future generations from contracting diseases and also to help the living by swapping out bad genes for good ones – a technique called somatic cell gene therapy. 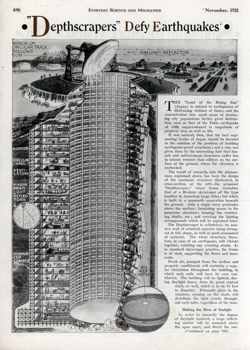 In the early 1930s, plans were drawn up for a 35-story “depth scraper,” to be built underground in an enormous excavation. This was proposed as an engineering solution to survive earthquakes in Japan. The idea was never realized, but extended human habitation underground has long been a popular idea. If the surface of the earth was somehow rendered inhospitable to humans, through nuclear or solar radiation, a nuclear winter or impact winter, etc., living underground may be a solution to survival. The obvious problems are lack of sunlight, ventilation and food and water, but, as we’ve recently heard from the trapped miners in Chile, the psychological issues associated with being stuck underground are immense, and maintaining mental health is equally as important as maintaining physical health. Farming underground utilizing skylights may be possible, but recycling and efficient energy use would be paramount. Ultimately, living underground would most likely be a temporary fix until a return to the surface (or one of the last four list items) is possible. 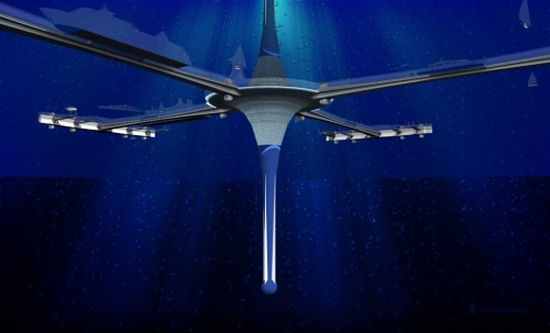 One solution to the problem of overpopulation and mass over consumption of resources would be for humans to colonize the ocean. A technology called Ocean thermal energy conversion (OTEC) uses the temperature differences between shallow and deep water to run an engine, which would provide an easily obtained renewable energy source. Solar and wave power could also be easily obtained at sea. OTEC technology can also be used to provide fresh water which could support large scale hydroponic farming. Extended human habitation would require underwater, partially submerged, or floating cities. Megastructures like the Shimizu Mega-City Pyramid have been suggested, but due to the immense weight issues involved, it would require technology that is currently unavailable. 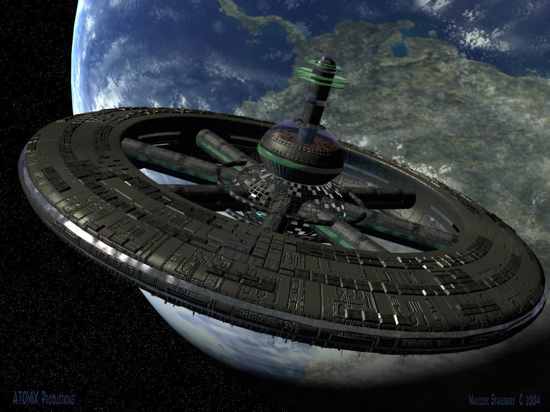 If our planet is somehow damaged beyond repair or becomes too saturated with people, we may have no choice but to leave. The first step away from Earth would most likely be large space habitats. Space habitats have been a popular recurring theme in science fiction, with many of them resembling the Stanford Torus idea. This is comprised of an enormous rotating donut shaped ring (torus) which would simulate gravity on the interior by using centrifugal force. The interior of the torus would be large enough to simulate a natural environment, resembling a long valley that curved up at the ends until meeting overhead and forming a complete circle. Energy would primarily come from solar power, and building resources could be mined from asteroids or nearby moons and planets. In addition to providing habitation away from Earth, having multiple and separate space habitats would ensure the survival of our species even if one population is destroyed. 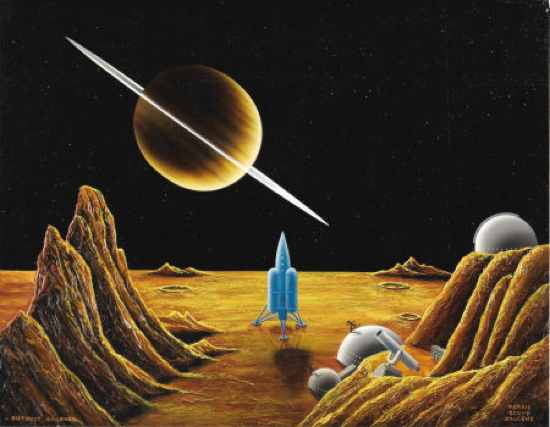 Another option when leaving our planet would be to colonize satellites like moons or asteroids. Satellite outposts would most likely be specific to the resources available on the satellite. Almost all known elements can be found in stable forms on asteroids or comets. Satellites that are rich in specific elements or minerals could be mined for their materials and easily transported due to the lack of strong gravity. Large amounts of frozen water and carbon-bearing compounds have been detected on moons orbiting Saturn, Uranus and Neptune. One of Jupiter’s moons, Ganymede, even has a magnetosphere which would reduce solar radiation at the surface. Outposts on satellites, while being crucial for getting building materials and/or fuel, would likely not be permanent human settlements, as there would be no reason to remain once the resources have been consumed.

Once humans are in space, outposts and colonies on other planets would be the next step in expanding away from Earth. These settlements would be of a more permanent nature because of the more abundant resources available for extraction on planets, and because of the large amounts of energy needed to leave the atmosphere once on the surface. Habitats on planets like Mars and Venus would have to be underground or enclosed, due to the inhospitable conditions on the planet. Because of the extreme temperature and air pressure differences, methods to support life would be similar to that of underground or space habitats. There have also been less practical ideas on how to populate the larger gas giant planets. One method even involves suspending floating cities from giant balloons in the upper atmospheres. 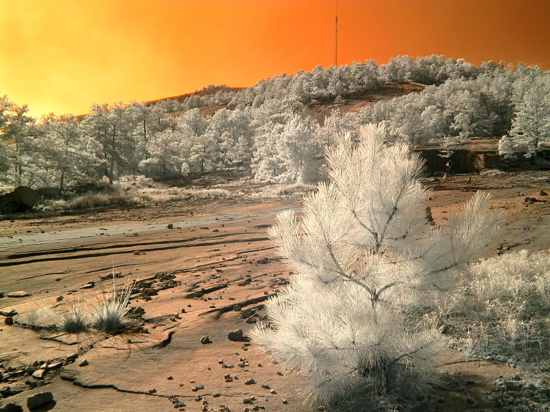 The last, and by far the most ambitious item on the list, is to deliberately make an inhospitable planet suitable for humans to live normally as they do on Earth. This process, called terraforming, is well beyond our current realm of technology and capability, but could possibly be a viable option in the distant future. The first step would be to release greenhouse gases into the atmosphere of the planet, trapping the Sun’s heat and raising surface temperatures. In the case of terraforming Mars, raising surface temperatures would be needed in order to vaporize the polar ice caps. This would, in turn, release carbon dioxide into the atmosphere, further warming the planet. Ice would melt, raising atmospheric pressure and providing the much-needed water. The final (and by far the most time consuming) stage would be to plant trees that use carbon dioxide and produce oxygen, making the air breathable.