Democratic societies offer freedoms and liberties that are sometimes taken for granted. Citizens are able to speak their minds without fears of repercussions, have relatively open access to information, and go about their daily businesses without an invasion of privacy. However these freedoms come at a price; namely that nefarious individuals acting within these democracies can prey on the system’s vulnerabilities. Democratic societies are becoming increasingly complex machines with many intricate moving parts. These same machines can be brought to a standstill if someone throws a monkey wrench into its exposed structure.

This list by no means is an attempt to support acts of terror, or to give a knock against democracy. Its purpose is to explore the most pressing terrorists threats democracies face, and perhaps engage in a discussion on where the line stands between freedom and security.

Here are the top 10 most dangerous terrorist threats in no particular order. 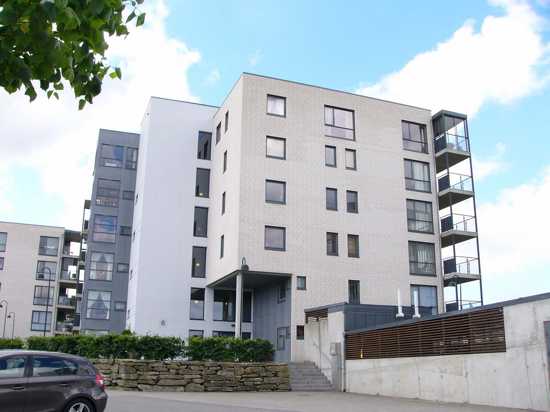 Police are not allowed to search a residence unless they have been granted a search warrant, or have a reasonable suspicion. These laws protect our privacy and limit police corruption. However, terrorists living in a free society can exploit these protections.

Picture a network of one hundred or more terrorists who reside in a bottom floor apartment in various large building complexes across a country. Over the course of a year, each terrorist would gradually stockpile his apartment with explosives. They would not even need high powered material – propane or gasoline tanks would be enough to cause sufficient damage. After a year, each terrorist would have several hundred tanks stacked in his home. On a particular night, when all the other residences in the complex are sleeping, the terrorist would remotely detonate the explosives from afar, and bring the building down. This could of course be done as a series of coordinated attacks.

In September 1999, four Russian apartment buildings were hit during a series of bomb attacks. 293 people were killed and 651 were injured. These bombs however were planted in the apartment basement the night before. 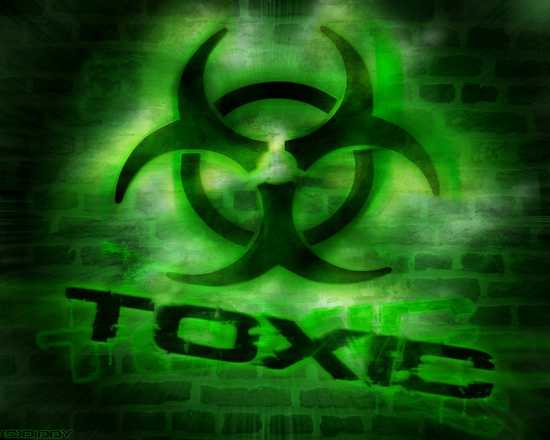 Water terrorism has had a long history, dating back to ancient times. Armies would sabotage an approaching enemy’s water supplies with poisons or dead animals, essentially disabling or killing anyone who would take a drink from the source. Since water is necessary for life, destroying water supplies would also kill off many people as no other safe sources would be available. Today, approximately 1.8 million deaths occur around the world every year due to water contaminants.

The good news is that any attempt to simply dump contaminants into a nearby water source (such as a lake or river) would be futile. The toxins would become overly diluted and harmless, or would be filtered through a water station. In 1974, this attack was attempted by a neo-Nazi terrorist group called the Order of the Rising Sun. The were apprehended before being able to dump typhoid bacterial cultures into large US cities water supplies.

However, if a terrorist organization accessed a water distribution center, either forcibly or from the ‘inside’, they could pump deadly contaminants throughout a city. One disgruntled city employee with access… 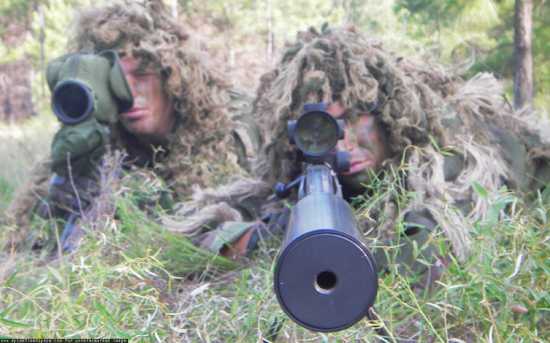 In October of 2002, John Allen Muhammad and Lee Boyd Malvo killed ten people and injured three others using a Bushmaster semiautomatic .223 sniper rifle, during a three week shooting spree. The two men were arrested and sentenced (Muhammad to death) when they were caught on the 24th of October sleeping in their car.

Not only were the events tragic, but the two men evoked a nation-wide panic during their attacks. People were fearful to wander in open areas and service their cars at gas stations.

An organized terrorist network could potentially reap more havoc and destruction. Sniper rifles have a range from 350 meters to up to 2,500 meters and, if strategically placed, could be virtually undetectable if targeting a busy downtown core.

Imagine a series of snipers, positioned in different highrise apartment buildings, taking a few shots every day during rush hour traffic. It would take the police and forensic officers weeks to verify where the shots originated from – and, of course, the snipers would change locations every day. 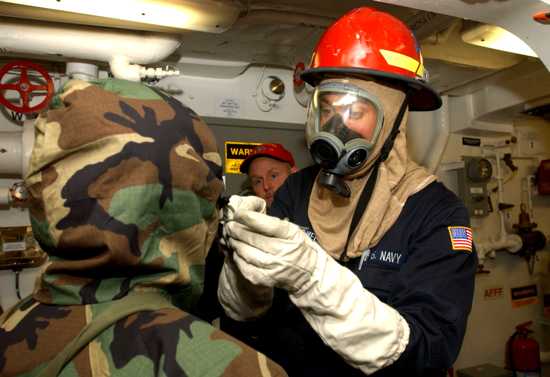 Biological warfare is the use of dangerous organic materials such as viruses, diseases and bacterium to cause widespread damage. Several historians have suggested that the smallpox virus was purposely spread by the British soldiers who distributed infected blankets during the French / Indian wars, in the mid-1700s.

An outbreak of an infectious and deadly pathogen could kill millions worldwide, as seen with the continued fatalities caused by HIV and malaria. If a terrorist was able to successfully access a pathogen, or even ‘weaponize’ one, and release it into a crowded public area, the impact would be devastating.

In 1984, 750 people in The Dalles, Oregon, were infected with salmonella when a terrorist group purposely contaminated eleven salad bars with the bacteria. Although no one was killed, the attack demonstrated the potential of bio-terrorism. 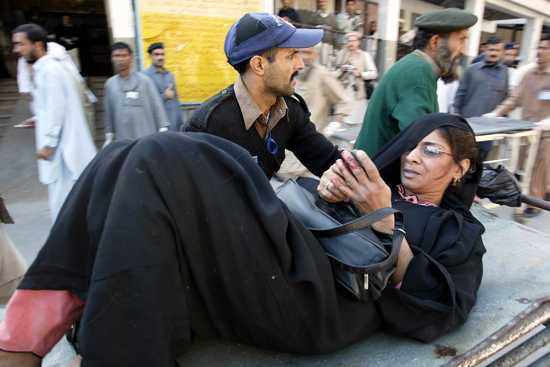 A suicide attack is when an individual sacrifices his or her own life in an effort to cause as much damage and devastation as possible. Many suicide attacks are conducted with bombs, guns, fire or vehicles.

One of the most notable suicide attacks was the 9/11 highjacking of four American flights.

In September 2004, over 334 people were killed (which included 186 children) when Chechen terrorists self-detonated in a Russian school in Belsan, after a failed three-day hostage takeover.

Suicide attacks are probably one of the most difficult attacks to prevent because, by the time the threat is detected, it is often too late – the terrorist is already near innocent civilians. 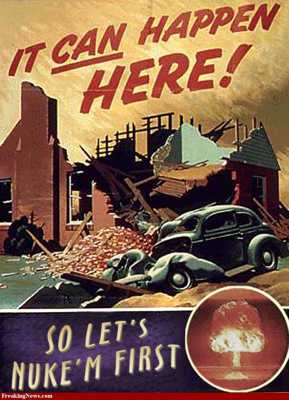 Misinformation is the spreading of false news or threats to authorities or the public. This type of terrorist threat causes indirect damage to a population.

A low-scale example would be if someone pulled a fire alarm in a crowded area and yelled fire. The panic would cause a rush to the exits and people could, potentially, be injured.

A more severe example would be if an organized terrorist network used the internet and phone lines to continuously spread false threats, (such as fire, domestic violence, robberies, etc.) to emergency services over a night. Not only would this tie up lines of communication, but each false threat would need to be investigated, leaving people in real danger and peril. If done with a large group and a solid understanding of emergency service procedures, a terrorist network could essentially shut down police, fire and ambulance services. Emergency services would not be able to establish what was a real threat and what was false. Thousands of people would be stranded without support. 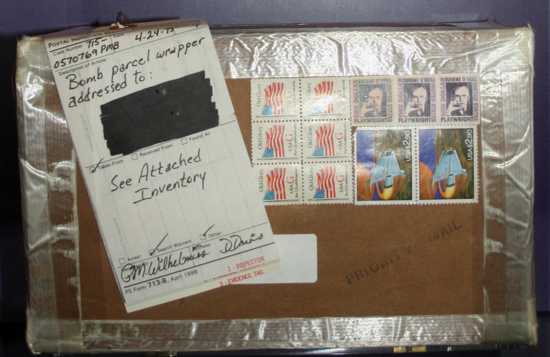 Mail bombs have dated back as early as the 18th century and have continued throughout the modern era. Parcels would be sent filled with explosive material, such as bullets or gunpowder, and triggered upon opening the package.

One of the most notable examples of a terrorist who utilized the mail was American Ted Kaczynski who was known as the ‘Unabomber’. Kaczynski, a former Berkeley professor, killed three people and injured 27, over an almost twenty year period, until his arrest in 1996.

Not only can bombs be sent through the mail, but other hazardous deadly materials. In 2001, anthrax was sent to several individuals in the US and the perpetrator was never uncovered.

The threat of mail attacks is that the sender is virtually impossible to trace. Also, the sheer number of parcels delivered every day through the hundreds of delivery services makes the detection of dangerous material difficult to spot.

If a network of terrorists perfected and mass produced mail bombs, the impact would be devastating. Thousands could be killed, fear would prevail and the delivery of essential products would be stalled. An obvious terrorist attack would be the use of either a nuclear or ‘dirty’ bomb. A dirty bomb is a bomb that contains radioactive material that is mixed with explosives. When detonated, the bomb not only delivers a crushing blast, but seeps nuclear radiation into the atmosphere and poisons a larger radius. If the bomb was released in a large populated area, the impact would be greater.

It is predicted that the effects of a dirty bomb would be similar to those seen during the Chernobyl nuclear disaster in 1986. Those not killed by the blast would later die of radiation poisoning, or develop cancer.

Fortunately, it is unlikely that any terrorist would be able to obtain radioactive material to make a nuclear or dirty bomb, let alone have the knowledge, equipment and skills to build one. There is a fear however that with the fall of the former Soviet Union, many nuclear weapons that were once secured by that state, have now gone missing and are currently being traded on the black market. 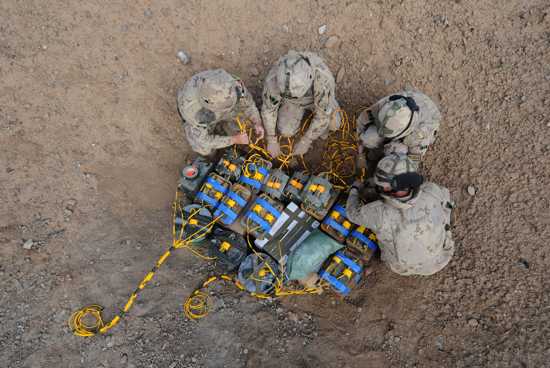 Car bombs and IEDs (Improvised Explosive Devices) are used against military and civilian targets. Unfortunately, they are effective ways of causing mass destruction and are relatively cheap and easy to create.

The benefit of a car bomb (a car loaded with an IED) is that a larger bomb can be delivered (sometimes 4000 pounds or more), it is easier to transport and appears inconspicuous.

One of the most horrific car bombing attacks was in 1995, when American Timothy McVeigh detonated a 4,800 pound IED from his truck, parked next to the Alfred P. Murrah Federal Building. The explosion killed 168 people including 19 children, as there was a daycare in the building. The most deadly car bombing attack was in 2007, when four cars exploded in a Qahtaniya and Jazeera compound in Iraq, killing 796 people and injuring over 1,500. Trains are easier targets to strike than airplanes or boats because of the vast and unsecured tracks they run on. The terrorists could attack the train from the outside, instead of having to be on the train itself. A land mine could be placed virtually anywhere alongside a track and detonate it when the train passes by.

In 2001, a passenger train was attacked in Angola, when terrorists placed an anti-tank mine on the track . When the train derailed the terrorists shot and killed 250 people before escaping.

Terrorists could also use land mines to derail trains transporting dangerous or explosive materials as they pass through residential neighborhoods.