Over many centuries, great artists have provided humanity with incredible things. One of those incredible things is the art of sculpting. Continue reading to learn about these absolutely astounding works of art.

Made in the 1440’s, by Donatello (1386-1466), Bronze David is one of the most famous sculptures today. It is notable as the first unsupported standing work in bronze cast during the Renaissance period, and the first freestanding nude male sculpture made since antiquity. It depicts the young David with an enigmatic smile, posed with his foot on Goliath’s severed head just after killing the giant. The youth is standing naked, apart from a laurel-topped hat and boots, bearing the sword of Goliath. There is also much speculation as to when it was built. Suggested dates vary from the 1420s to the 1460s, although the exact date is not known. 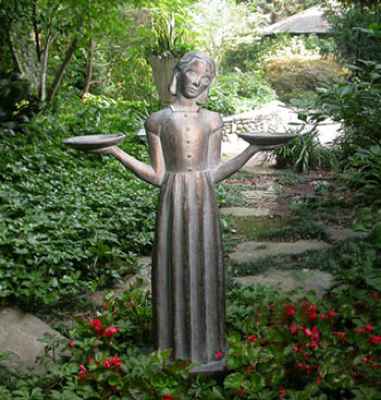 The sculpture, known as the Bird Girl, was created in 1936, by sculptress Sylvia Shaw Judson (1897-1978) in Lake Forest, Illinois. It achieved fame when it was featured on the cover of the 1994 novel, Midnight in the Garden of Good and Evil. It was sculpted at Ragdale, the summer home of her family. Bird Girl is cast in bronze and stands 50 inches tall. She is the image of a young girl wearing a simple dress and a sad or contemplative expression, with her head tilted to the left. She stands straight, her elbows propped against her waist as she holds up two bowls out from her sides. The bowls are often described by viewers as “bird feeders.” 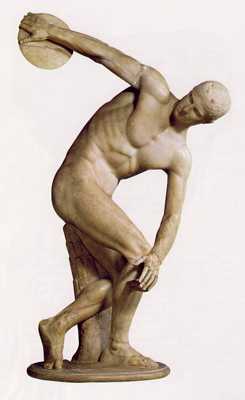 The Discus Thrower, or the Discobolus, is a famous lost Greek bronze original. The sculpture of it is still unknown. The Discobolus was completed towards the end of the severe period (460-450 BC). It is known through numerous Roman copies, both full-scale ones in marble, such as the first to be recovered, the Palombara Discopolus, or smaller scaled versions in bronze. As always in Greek athletics, the Discus Thrower is completely nude. 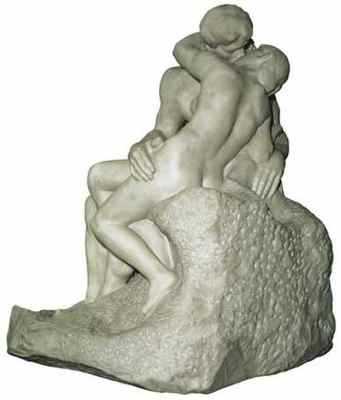 The Kiss is an 1889 marble sculpture by the French sculptor, Auguste Rodin (1840-1917). This sculpture has a interesting story to it. it depicts the 13th-century Italian noblewoman immortalized in Dante’s Inferno, who falls in love with her husband, Giovanni Malatesta’s, younger brother Paolo. Having fallen in love while reading the story of Lancelot and Guinevere, the couple are discovered and killed by Francesca’s husband. In the sculpture, the book can be seen in Paolo’s hand. The lover’s lips do not actually touch in the sculpture to suggest that they were interrupted, and met their demise without their lips ever having touched. When critics first saw the sculpture in 1887, they suggested the less specific title Le Baiser (The Kiss).

6
Hermes and The Infant Dionysus 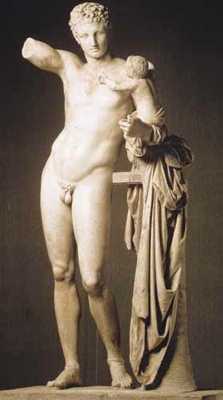 Hermes and the Infant Dionysus, also known as the Hermes of Praxiteles or the Hermes of Olympus, is an ancient Greek sculpture of Hermes and the infant Dionysus, discovered in 1877, in the ruins of the Temple of Hera at Olympia. It is displayed at the Archaeological Museum of Olympia. It is traditionally attributed to Praxiteles and dated to the 4th century BC, based on a remark by the 2nd century Greek traveler Pausanias, and has made a major contribution to the definition of Praxitelean style. Its attribution is, however, the object of fierce controversy among art historians.
The sculpture is unlikely to have been one of Praxiteles’ famous works, as no ancient replicas of it have been identified. The documentary evidence associating the work with Praxiteles is based on a passing mention by the second-century AD traveler Pausanias. 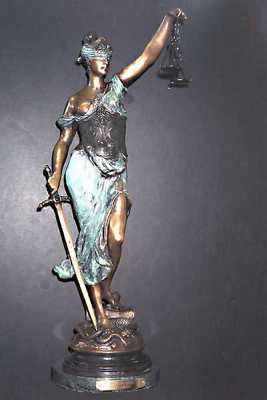 The Lady Justice Sculpture is one of the greatest known sculptures in the world. This statue is not attributed to any one artist, but the fact that it adorns so many courthouses in the world has made it one of the more popular sculptures. This sculpture goes by many names, including Scales of Justice and Blind Justice, but is most commonly known as Lady Justice. The statue dates all the way back to ancient Greek and Roman times as the Goddess of justice and law. 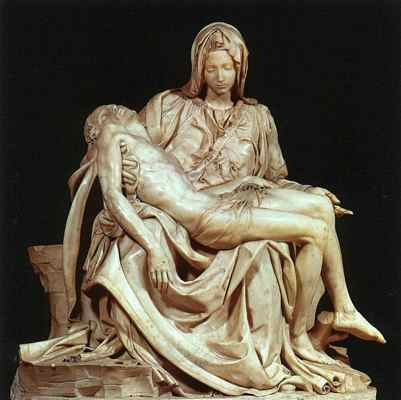 Created by Michelangelo (1475-1564), the Pieta depicts the Virgin Mary holding her only son, Jesus Christ, in her arms. Prior to sculpting the Pieta, Michelangelo was not a very known artist. He was only in his early twenties when he was told, in 1498, to do a life sized sculpture of the Virgin Mary holding her son in her arms. In about two years, from a single slab of marble, Michelangelo created one of the most beautiful sculptures ever. 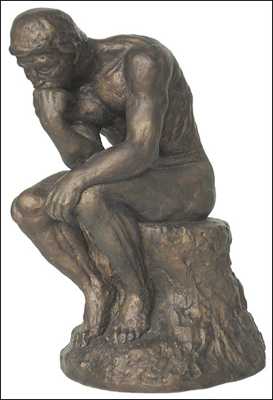 Also from Auguste Rodin, is the famous sculpture “The Thinker.” Originally named The Poet, the piece was part of a commission by the Musée des Arts Décoratifs, Paris to create a monumental portal to act as the door of the museum. Rodin based his theme on The Divine Comedy of Dante and entitled the portal The Gates of Hell. Each of the statues in the piece represented one of the main characters in the epic poem. The Thinker was originally meant to depict Dante in front of the Gates of Hell, pondering his great poem. (In the final sculpture, a miniature of the statue sits atop the gates, pondering the hellish fate of those beneath him.) The sculpture is nude, as Rodin wanted a heroic figure in the tradition of Michelangelo, to represent intellect as well as poetry. 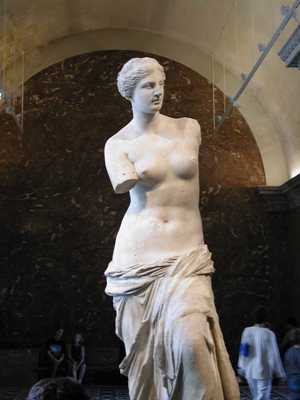 The Venus de Milo sculpture was created sometime between 100 and 130 B.C. it is believed to depict Aphrodite (Venus to the Romans) the Greek goddess of love and beauty. It is a marble sculpture, slightly larger than life size at 203 cm (6 ft 8 in) high. Its arms and original plinth have been lost. From an inscription that was on its plinth, it is thought to be the work of Alexandros of Antioch; it was earlier mistakenly attributed to the master sculptor Praxiteles. It is at present on display at the Louvre Museum in Paris. Amazingly, the statue was discovered accidentally in a farmer’s field. 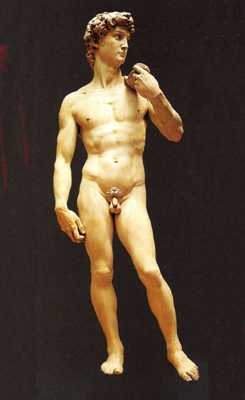 “David” is a masterpiece of Renaissance sculpture created between 1501 and 1504, by the Italian artist Michelangelo. It is a 5.17 meter (17 feet) marble statue of a standing male nude. The statue represents the Biblical hero David, a favored subject in the art of Florence. Originally commissioned as one of a series to be positioned high up on the facade of Florence Cathedral, the statue was instead placed in a public square, outside the Palazzo Della Signoria, the seat of civic government in Florence, where it was unveiled on 8 September, 1504. Because of the nature of the hero that it represented, it soon came to symbolize the defense of civil liberties embodied in the Florentine Republic, an independent city-state threatened on all sides by more powerful rival states and by the hegemony of the Medici family. The eyes of David, with a warning glare, were turned towards Rome. The statue was moved to the Academia Gallery in Florence in 1873, and later replaced at the original location by a replica.