Because English is such a complex language, it is fraught with traps that we all frequently fall into. With this list I hope to clear up at least a few of the confusing words we use every day. This is a list of some of the more common errors people make with English. 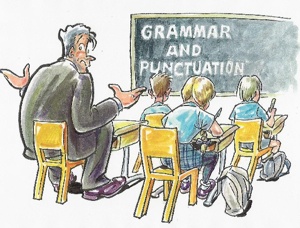 Even though it’s our language, we certainly do make a lot of mistakes. Buy the Dictionary of Unendurable English: A Compendium of Mistakes in Grammar, Usage, and Spelling with commentary on lexicographers and linguists at Amazon.com!

Your means “belonging to you”. You’re means “you are”. The simplest way to work out the correct one to use is to read out your sentence. For example, if you say “you’re jeans look nice” expand the apostrophe. The expanded sentence would read “you are jeans look nice” – obviously nonsensical. Remember, in English, the apostrophe often denotes an abbreviation.

As in the case above, the apostrophe denotes an abbreviation: it’s = it is. Its means “belongs to it”. The confusion arises here because we also use an apostrophe in English to denote possession – except in this case; if you want to say “the cat’s bag” you say “its bag” not “it’s bag”. “It’s” always means “it is” or “it has”. “It’s a hot day.” “it’s been fun seeing you.”

This is a confusing one because in English an ‘s’ on its own is frequently pronounced like a ‘z’ and two ‘s’s are usually pronounced as a n ‘s’ (for example: prise, prissy). In this case, desert follow the rule – it means a large stretch of sand. However, dessert is pronounced “dez-urt” with the emphasis on the second syllable – ie, something we eat as part of our meal. To make matters worse, when a person leaves the army without permission, it is spelt desert. So, let’s sum up:

Oh – one more thing – another very common mistake is using the word dessert (two ‘s’s) to mean pudding – pudding is a sweet course, often consisting of some kind of cake or icecream. Dessert is fruit or cheese – normally taken after the pudding course.

If your clothes are wet, put them in a clothes dryer. That will make them drier. A hair dryer also makes hair drier. 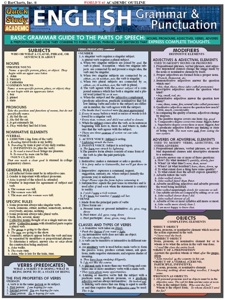 This is actually quite an easy one to remember – in English we generally pronounce ‘oo’ as it is written – such as “moo”. The same rule applies here: choose is pronounced as it is written (with a ‘z’ sound for the ‘s’) – and chose is said like “nose”. Therefore, if you had to choose to visit Timbuktu, chances are you chose to fly there. Chose is the past tense, choose is the present tense.

This one is confusing. In this case, contrary to normal rules of English, the single ‘s’ in loose is pronounced like an ‘s’ – as in wearing trousers that are too loose. Lose on the other hand, relates to loss – for example: “I hope we don’t lose this game”. A good way to remember this is that in the word “lose” you have lost the second ‘o’ from loose. If you can’t remember a rule that simple, you are a loser!

This one is not only often used in error, it is incredibly annoying when it is used in the wrong way. Literally means “it really happened” – therefore, unless you live on a parallel universe with different rules of physics, you can not say “he literally flew out the door”. Saying someone “flew out the door” is speaking figuratively – you could say “he figuratively flew out the door” but figuratively is generally implied when you describe something impossible. Literally can only be used in the case of facts – for example: he literally exploded after swallowing the grenade. If he did, indeed, swallow the grenade and explode – that last sentence is perfectly correct. It would not be correct to say “she annoyed him and he literally exploded” unless she is Wonder Woman and her anger can cause people to blow up.

Bonus: I could care less

Isn’t it ironic? Actually, no, most of the time it is not. Irony, in its true form, is when you state something to a person who does not understand what you truly mean, but another person does. Essentially, it makes the hearer the brunt of the joke without their being aware of it. This is called dramatic or tragic irony because it originated on the stage where the audience knew what was happening but the victim on stage did not. The most sustained example of dramatic irony is undoubtedly Sophocles’ Oedipus Rex, in which Oedipus searches to find the murderer of the former king of Thebes, only to discover that it is himself, a fact the audience has known all along.

Another form of irony is Socratic irony, in which the person pretends to be ignorant of a subject in order to truly show the ignorance of the person with whom he is arguing.

Unfortunately, poor Alanis Morissette had no clue when she said “it’s a free ride when you’ve already paid” or “it’s like rain on your wedding day”. This is not irony – it is misfortune or coincidence.

To sum it up, basically Irony is a figure of speech in which what is stated is not what is meant. Sarcasm can be a type of Irony.