Whenever I’m bored I like to read a good detective story. I always make a list of suspects with their motives and alibis, and try to unmask the culprit at least four chapters before the end. Sometimes I’m right; sometimes I’m way off. These stories are two things in one: they are puzzles – like a crossword or a sudoku – but they are also literature, with interesting characters, a certain psychological depth and a vision of society in a given time and place. Making this top ten wasn’t easy, and I don’t expect everybody to agree. There’s the dilemma between quantity and quality, and the contrast between the British cosy mystery and American hardboiled fiction. Certain classics had to be included, but for the more recent ones it was a tougher choice. In the end I just followed my own taste. These are all detectives who gave me a lot of reading pleasure. 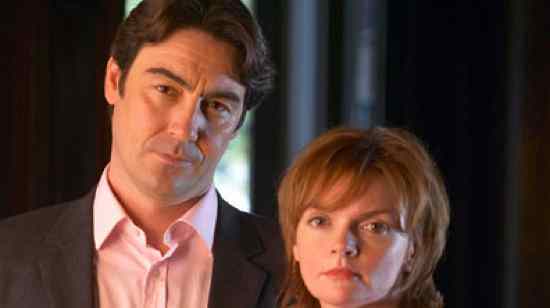 Inspector Linley is a British detective created by the American author Elizabeth George. He’s the eighth Earl of Asherton. He solves crimes with his Scotland Yard colleague Detective Sergeant Barbara Havers, who has a working class background. In the third Linley novel, “Well-Schooled in Murder”, Linley and Havers solve a homicide case in an elite British public school, which is remarkably well depicted for a non-British author. George always prepares her novels by studying real locations in England, which makes her stories more realistic than those of many other crime writers. Linley himself is a round character with weaknesses. His relationship with Lady Helen Clyde evolves through the novels. Linley and Havers are portrayed by Nathaniel Parker and Sharon Small (photo) in the BBC series “The Inspector Linley Mysteries”. 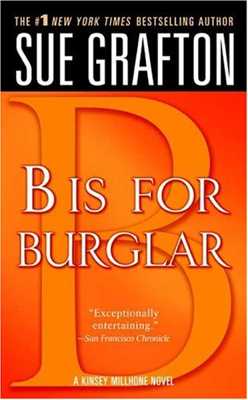 Private detective Kinsey Millhone was created by American author Sue Grafton. She appears in the alphabet series: “A Is for Alibi”, “B Is for Burglar” etc. She lives in an apartment in Santa Teresa, California. This fictional town based on Santa Barbara was invented by another writer, Ross MacDonald. Kinsey is a bachelorette who runs a lot to stay in shape, and has an affair from time to time. I like these novels because they are entertaining and have a fast pace and strong plot. There’s always a certain amount of action involved too. There hasn’t been a film or TV adaption of these stories yet – maybe an idea for the future. 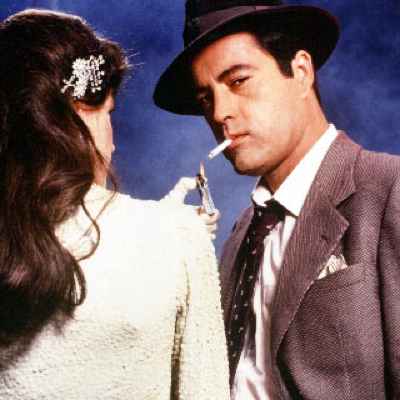 Philip Marlowe is a private investigator created by American author Raymond Chandler. He appeared for the first time in “The Big Sleep”, in 1939. Other well-known titles are “The Lady in the Lake” and “The Long Goodbye”. Marlowe belongs to the hardboiled direction, influenced by Dashiell Hammett’s Sam Spade. He smokes and drinks a lot. He lives in Hollywood, Los Angeles. The stories are set in the more dangerous neighbourhoods in and around this city. Violence, drugs and tough language occur frequently. Marlowe has been played by a lot of actors, including Humphrey Bogart in “The Big Sleep” and Powers Boothe (photo) in the ITV series “Philip Marlowe, Private Eye”. 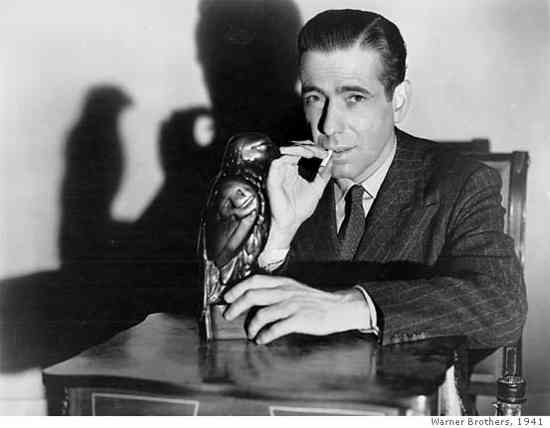 Private detective Sam Spade was invented by Dashiell Hammett. He only appears in one novel and three short stories, but remains important as the first example of a detective in the hard-boiled genre. Chandler’s Philip Marlowe, among others, was inspired by Sam Spade. Spade is the main character in “The Maltese Falcon” (1930). He runs a detective agency in San Francisco with his partner Miles Archer, who gets killed early in the novel. He’s not afraid of a fist fight or firearms. He appears to be cynical, but still has a sense of duty. The story also involves a typical femme fatale. He was played by several actors, of which the most famous remains Humphrey Bogart (photo) in the movie adaption of 1941. 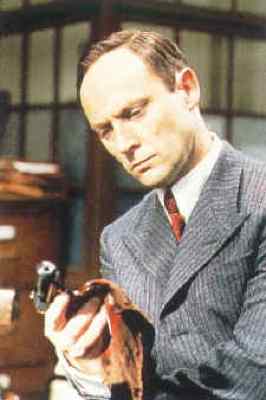 Detective Chief-Inspector Roderick Alleyn (pronounced “Allen”) is a British detective who appears in thirty-two novels by New Zealand writer Ngaio Marsh. It started with “A Man Lay Dead” in 1934, when a murder game ends with a real murder. Other examples are “Vintage Murder”, “Artists in Crime”, and “Overture to Death” – where the murder method is especially interesting. As the younger brother of a baronet Alleyn is another example of a gentleman detective. He works for Scotland Yard, where he eventually reaches the rank of Chief Superintendent. Society journalist Nigel Bathgate often helps him during his investigations. Initially a bachelor, Alleyn later marries painter Agatha Troy. Of the three actors who have played him in TV adaptions the best known is Patrick Malahide (photo). 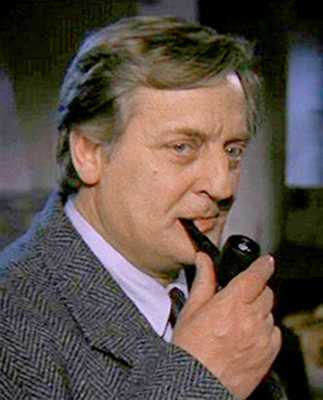 Commissaire Jules Maigret is the only one in this top ten whose stories were not written in English, but in French. Although his author, Georges Simenon, was Belgian, Maigret himself is French and works in Paris. He holds a quantity record by appearing in seventy-five novels and twenty-nine short stories. Maigret usually smokes a pipe, drinks a lot and wears a heavy overcoat. He’s a more realistic character than most of his colleagues in the Golden Age of Detective Fiction. His method of investigation comes close to the way a real policeman would work. His successes are based on team work, routine research and tenacity, rather than individual brilliancy. Maigret has been played by several TV actors, of which Jean Gabin was the first, and Bruno Cremer (photo) the most famous. 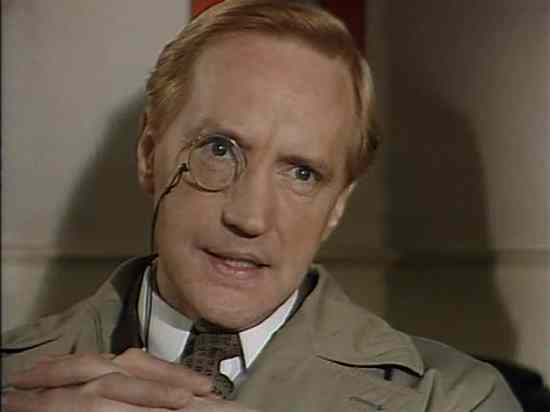 Lord Peter Wimsey was created by British author Dorothy L. Sayers. He’s the archetypal gentleman detective. Solving crimes is a hobby for him. In the second novel “Clouds of Witness” (1926), he has to take action because his brother is suspected of murder. He’s a round character with a past. After getting injured during World War I he was rescued by his later manservant Bunter, who also helps him with his investigations. Wimsey falls in love with Harriet Vine, and marries her. He likes to cooperate with Chief Inspector Charles Parker from Scotland Yard. These novels are still worth reading, because they are simply good literature with a broad perspective on British society in that era. Wimsey himself may be a gentleman, but he meets people from the lower classes, like the farmer in “Clouds of Witness” who suspects Wimsey of having an affair with his wife. Several actors have played Lord Peter Wimsey, including Ian Carmichael (photo) in a BBC series. 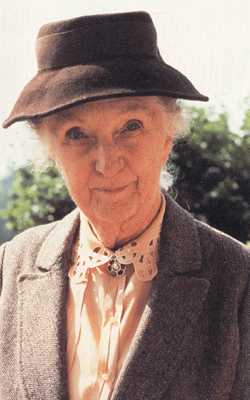 Agatha Christie’s Miss Jane Marple appeared first in a series of short stories in a magazine, later collected as “The Thirteen Problems”. This elderly spinster with a remarkable talent for amateur sleuthing can be followed in twelve crime novels, including “The Murder at the Vicarage” (1930) and “The Body in the Library” (1943). She lives in the small village of St Mary Mead, where she finds the opportunity to study human nature. She sees analogies with people and events she knows from village life, which helps her to solve many mysteries. Intuition and psychology are quite important to her. She can annoy the police investigators, who initially see her as an old busybody, until they have to admit she was right. I have to admit I used to be prejudiced against “the old bat” myself, but after reading her stories I became gradually convinced that she belongs to The Big Three of fictional detectives. She was played in movies by Margaret Rutherford and Angela Lansbury, and on TV by Helen Hayes, Joan Hickson (photo) and Geraldine McEwan. 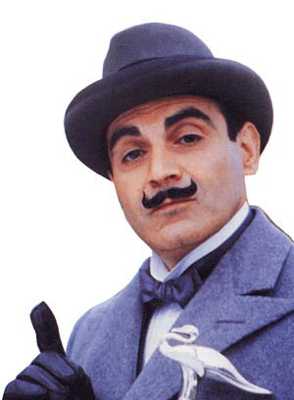 Hercule Poirot appears for the first time in Agatha Christie’s “The Mysterious Affair at Styles”, published in 1920. He is a retired Belgian police officer who came to England during World War I as a refugee. Poirot solves mysteries with his “little grey cells”, occasionally without even leaving his room. With his strong preference for symmetry, order and method, he has something of a comic book character. Captain Arthur Hastings is his best friend, who relies too much on his intuition to solve a mystery by himself, but often helps Poirot with his observations and accidental remarks. Poirot’s secretary, Miss Lemon, is very efficient, but in contrast to Hastings she doesn’t have any imagination. Chief Inspector Japp from Scotland Yard isn’t too bright, but Poirot often sends him in the right direction. Detective writer Ariadne Oliver, who is partly based on Agatha Christie herself, believes in female intuition. Poirot is surely one of the greatest fictional detectives, because he was involved in so many unforgettable crime novels, including “The Murder of Roger Ackroyd”, “Murder on the Orient Express” and “Death on the Nile”. Poirot was brought to life in movies by actors Albert Finney and Peter Ustinov, and by David Suchet (photo) in the ITV series. 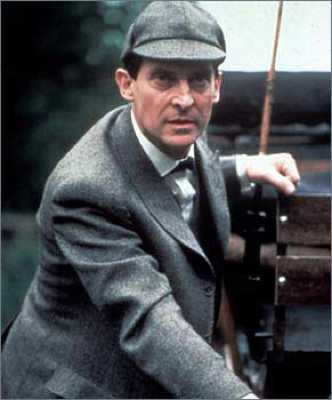 Sherlock Holmes, a creation by Arthur Conan Doyle, remains the archetypal detective who solves mysteries by logical reasoning. He appears in only four novels, of which “A Study in Scarlet” (1887) was the first, and “The Hound of the Baskervilles” (1902) the most famous. At least as important are the fifty-six short stories. Two of my personal favorites are “The Red-Headed League” and “The Adventure of the Blue Carbuncle”. Holmes believes in the science of deduction: the principle that any problem can be solved if the necessary information is given. He is surrounded by people who are less bright than him. Dr Watson is a good observer, and can relate the cases in detail as first person narrator, but he never comes to the correct conclusion by himself. Inspector Lestrade is the not too clever police investigator with a lot of tenacity once he’s on the right track. His archenemy Professor Moriarty only appears in two stories. As a private person Holmes is quite eccentric. He uses cocaine, and never gets romantically involved, although he does have feelings for Irene Adler from “A Scandal in Bohemia”. Of the many actors who have played Sherlock Holmes I’ll just mention Basil Rathbone and Jeremy Brett (photo).