I love researching WWII, people, places, technology, anything. WWII had an amazing impact on the world and there is a ton of information out there. Studying all the battles, effects and the causes might get a little boring. So, here are some very interesting and unusual events, which are not mentioned in the textbooks. This is a list of ten (unordered) events of WWII that are moderately unknown to the average person. Hopefully you will enjoy them as much as I did. 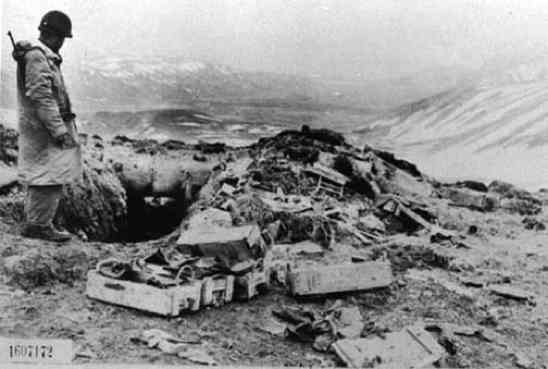 On June 3rd, 1942, Japanese forces invaded and occupied Attu and Kiska, two islands which were part of the state of Alaska. However, these islands had little value, very bad conditions and proved little of a threat to the United States. Many resulting casualties were not caused by gunfire, but booby traps, the weather and friendly fire. [More on Wikipedia] 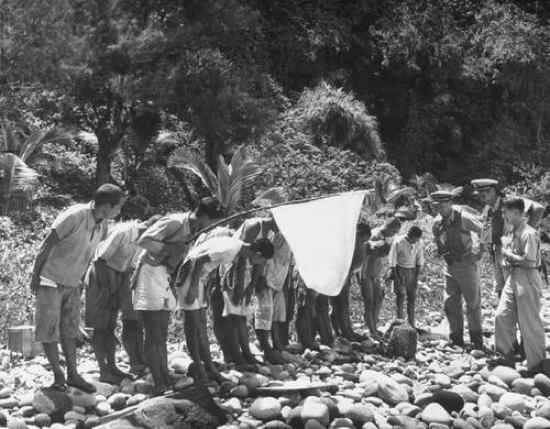 Japanese holdouts were Japanese soldiers stationed on islands throughout the Pacific who refused to surrender, or did not know that Japan had surrendered. These soldiers remained isolated on these islands, often times by themselves, for several years, or decades. One famous case is Hiroo Onada, who finally surrendered in 1974, 29 years after Japan surrendered! [Site on Japanese holdouts] 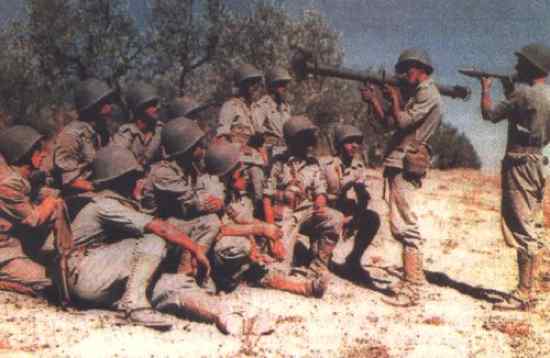 Although it is called “World War II”, many people do not include any South American countries on the list of combatants. The country of Brazil, “During the eight months of the Italian campaign, the Brazilian Expeditionary Force managed to take 20,573 Axis prisoners, including two generals, 892 officers and 19,679 other ranks. During the War, Brazil lost 948 of its own men killed in action across all three services.” Many other South American countries contributed in raw supplies and, in some cases, soldiers joined the Free French Forces. [Total list of countries in WWII]

7
Vichy France vs. the Allies

After the French surrender in 1940, Germany created a puppet government in Vichy. This government did not have any real power or control. However, after the French defeat, there were still French forces in places such as Northern Africa, Pacific colonies and navy ships. During Operation Torch, Vichy forces were forced to fight against invading allies. “The stiff Vichy resistance cost the Americans 556 killed and 837 wounded. Three hundred British troops and 700 French soldiers were also killed.” 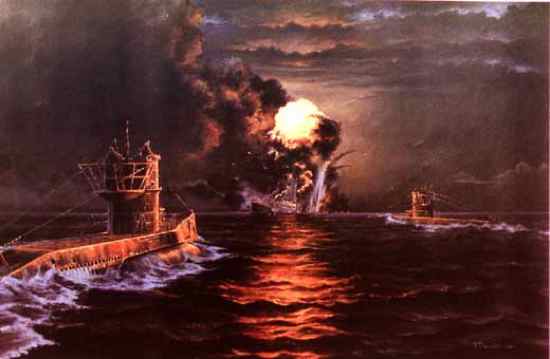 Typically, people think of U-boats attacking ships in the Atlantic, around Greenland or closer to Europe, rather than off the coast of the United States. However, Operation Drumbeat involved 40 U-Boats attacking shipping very close to the coastline of various states. An even scarier fact is that German U-Boats even landed saboteurs on American soil! At Long Island, New York, and Ponte Vedra, Florida, 8 English-speaking Germans snuck into America (the 4 at Long Island were captured after several weeks). [Site on Operation Drumbeat]

5
Other Europeans in Nazi Forces 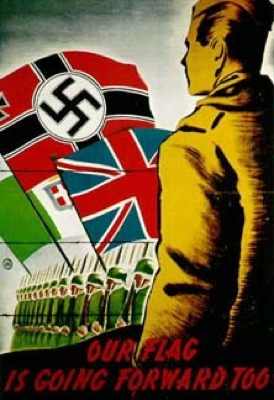 Many people believe that only Germans were serving in Nazi forces, but this is not the case. German recruitment programs were started in various occupied countries, and were aimed at enlisting citizens and former soldiers into Nazi forces, including the Waffen SS. The 373rd infantry battalion of Wehrmach was a German battalion comprised of Belgians. Frikorps Danmark was created in Denmark to recruit Danish Nazi’s. Similar forces were created in Estonia, France, Greece, Hungary, Poland, Norway, and even a British force (British Free Corps) was created with 27 soldiers (from various parts of the Empire including New Zealanders, Canadians, and Australians). [More from Wikipedia]

From the Fall of 1944, until early 1945, the Japanese began launching over 9000 “Fire Balloons” from the island of Honshu. These balloons were made of Japanese paper (washi), filled with hydrogen and explosives. They were meant to go with the Jet Stream and fly to North America where they would detonate. The plan was very ineffective and only about 1000 made it the North America. However, 6 Americans were killed in 1945 in a single explosion. [More from Wikipedia] 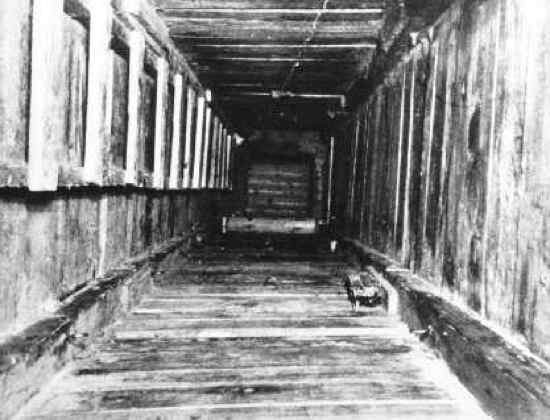 This is likely to be the best known item on the list. Stalag Luft III was a Nazi POW camp, mostly for allied airmen who’d been shot down and taken captive. However, these airmen were very crafty and over 600 had helped to organize an escape committee, which secretly began to dig tunnels and make plans. On March 24th, 1944, the plan was executed, but from the start, everything went wrong. Only 77 men managed to get into the escape tunnels, and were soon discovered. Of the 77, only 3 managed to get to safety. 50 escapees were executed by the orders of Hitler. This escape attempt was made into a 1963 film, “The Great Escape”. [Site about the escape] 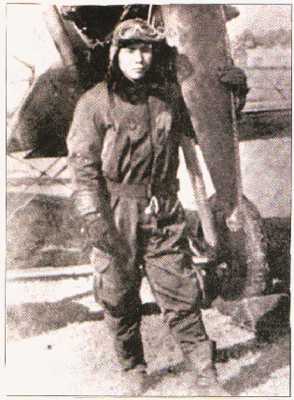 On December 7th, 1941, the Japanese bombed Pearl Harbor. Many Japanese pilots were able to return to aircraft carriers, but a few had been shot down, or had crashed on the island of Oahu. Japanese pilots were told that if they were to crash land, they should do so on the island of Ni’ihau, which they thought was uninhabited. Shigenori Nishikaichi was a pilot whose plane had been damaged. He crash landed on Ni’ihau, which he soon found out was inhabited. He was treated as a guest, but soon they found out about the attack on Pearl Harbor. 3 Japanese on the island tried to help Nishikaichi to escape, but eventually they were stopped, and Nishikaichi as well as one of the Japanese who tried to aid him were killed. This became known as the Ni’ihau incident. [Site onthe incident] 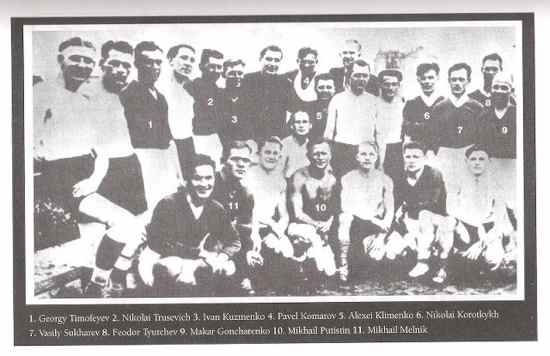 The Death Match was a football (soccer for Americans) match between a POW Soviet team, “FC Start”, and a team comprised of Luftwaffe members, “Flakelf”. The match was played on August 9th, 1942, and was refereed by a Waffen SS soldier. The ref was very biased, and allowed fouls against the Soviet side, and even allowed a German to kick the Soviet goalkeeper in the head. Eventually, the Soviet team pulled off a 5-3 win. This win had huge consequences for the winners. “A number of the FC Start players were arrested and tortured by the Gestapo, allegedly for being NKVD members (as Dynamo was a police-funded club). One of the arrested players, Mykola Korotkykh, died under torture. The rest were sent to the Syrets labour camp, where Ivan Kuzmenko, Oleksey Klimenko, and the goalkeeper Mykola Trusevich were later killed, in February 1943.” [More on Wikipedia]