Nihil sub sole novum… so goes the very famous phrase from Ecclesiastes 1:10 (there is nothing new under the sun). Everything old is new again! No matter how innovative fashion designers think they are, in some way everything has been done before. On this list we present you just ten of the countless examples I could come up with of the fashion world moving in circles. You may be surprised at some of the entries on this list. 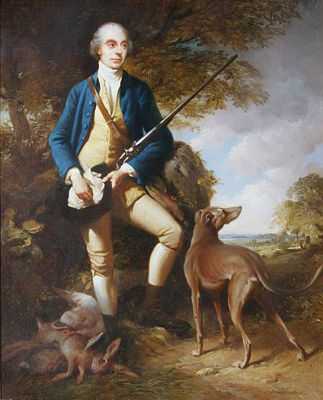 With tights being worn by women of all ages today, it’s hard to believe that they were worn by men for centuries! Hose (as it was called back in the day) was worn by men from every class, with the upper class having theirs made out of fine silk and wool, and the lower class’s being made from homespun materials. By the 17th century, they had gradually been replaced by breeches and stockings. Think about that when you see the cute skirt and tights combo in your favorite magazine!

Slaves to this fashion: Most of the female cast of Gossip Girl 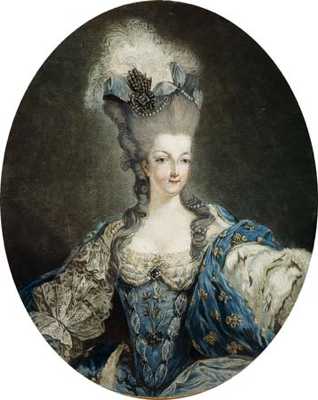 Say what? Come again? Yes, gray hair has been seen on young women like Lady gaga and Kelly Osbourne, recently. I know, it seems somewhat edgy and futuristic after you get past the shock, but these ladies are really centuries behind in this hair trend. In the 18th century gray was an extremely popular hair color. Young women like Marie Antoinette powdered their sky high hair soft shades of gray. Sometimes the hair was powdered with other pastel colors, but gray was the most popular.

Slaves to this fashion: See above 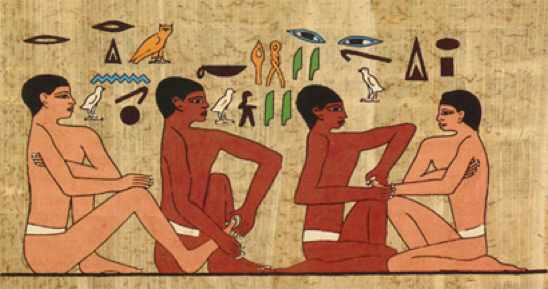 Nail salons are so full of women getting french manicures and airbrushed holiday pictures (snowflakes and whatnot) that it’s hard to believe that artificial nails go all the way back to the ancient Egyptians! Theirs were made from beautifully decorated bone, ivory and gold. The more elaborate they were, the wealthier the person was who wore them. Modern acrylic nails are mainly for cosmetic reasons, and don’t indicate wealth, but if you think about it, the upkeep on artificial nails could be seen as wealth indicators because of the money a woman has to spend to get them filled in every few weeks. 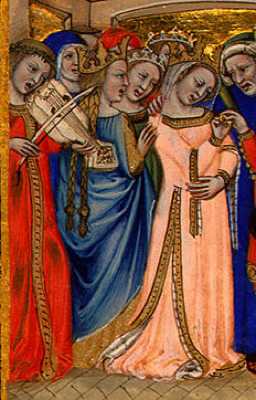 For most of the 20th century, if your wedding gown was bought specifically for your wedding (and not your best dress) it was white. Today, many wedding dress designers are making colored dresses, which is seen as fashion forward and different. But, up until the mid-1800s, most wedding gowns were colored. In the middle ages, wealthy brides were swathed in yards of richly colored fabric on their wedding day. Phillipa of England, not Queen Victoria, was actually the first documented bride to wear a white dress, but it wasn’t common until brides started copying Victoria’s wedding gown, in 1840. 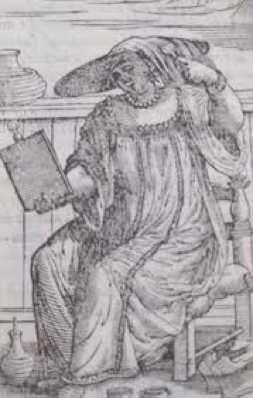 With all the bleached blonds you see in Hollywood it is easy to see the style as a thoroughly modern one. Can you imagine seeing them in 16th century Venice? Hair bleaching was done elsewhere, but especially in Venice and hot, sunny regions. Since commercial hair dye would not be available for another 400 years or so, women would sit in the sun for hours with their hair spread over a crownless hat, while herb pastes made from black sulfur, honey and onion skin were spread all over their hair. Mmmm, must have smelled lovely… 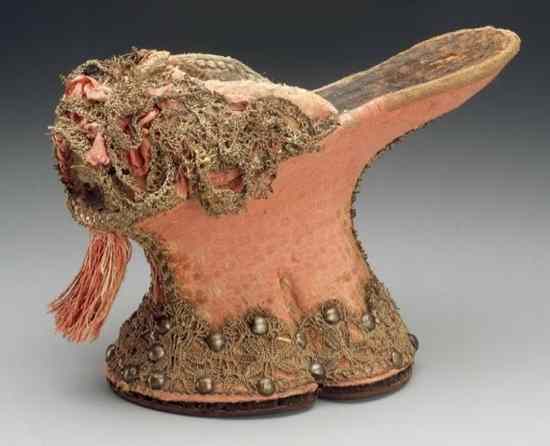 Most people know that platform shoes were a big hit in the 70’s, and are back now, but a lot of people don’t know that platform shoes were around over 600 years ago. Called chopines, they were worn by wealthy women to keep their feet and dresses out of the filthy streets. The higher the chopine, the wealthier the wearer. Some were over 20 inches tall! They were so popular in Spain that a large part of the cork supply was used just for chopines. I, for one, am happy that the platform shoes now are not so drastic, imagine all the broken bones… 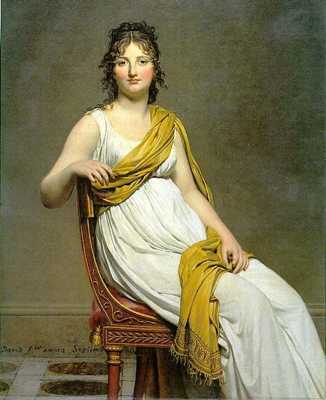 The Greek goddess look is very “in” right now, with the style popping up at proms and weddings all over the world, but this trend first came about in 1790’s France. With the revolution approaching, no one wanted to be mistaken for an aristocrat, so the opposite of their luxe, heavy, made up dress emerged, called directoire. Although not as popular as it is today, the idealized Greek and Roman dresses, with their graceful draping and lack of sleeves allowed women freedom from restrictive dress that they had not experienced since the time of the actual ancient Greek women. 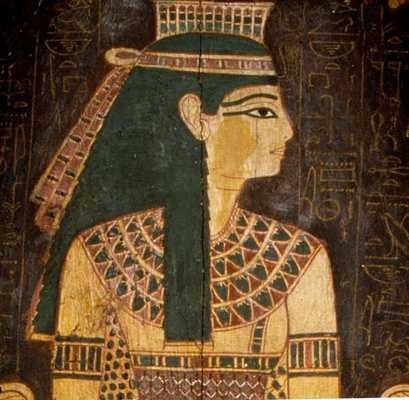 Search “scene” on Google images, and you will find thousands of pictures of girls with black eyeliner drawn around their eyes, raccoon style. This makeup trend seems to be recent, but it’s not. Back to the ancient Egyptians again! They used kohl to outline their eyes, both to protect them from the harsh desert sun and for beauty reasons. Some people also think they thought this would protect them from the “evil eye”. Men also used the ancient eyeliner, so “guyliner” isn’t new either! 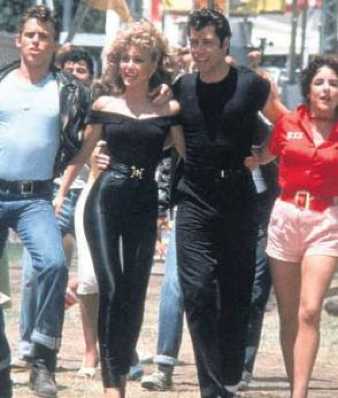 One of the most widespread fashions of the 2000’s, (and my least favorite) skinny jeans are sometimes worn to rebel or call attention to oneself (especially if they are in neon colors or distracting patterns) and that’s what they were worn for when they came around the first time! Back in the 1950’s, teenagers and 20somethings didn’t want to dress like their parents any more in suits and skirts. Designers realized this and came out with what we would call skinny jeans. “Cigarette” pants for women were usually cropped to ankle length or shorter, and “drainpipe” jeans and pants became popular for men. 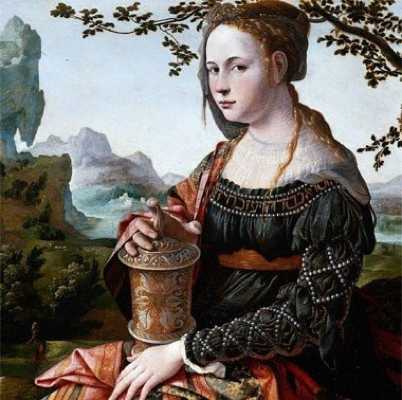 Nowadays, a lot of people in the western world want a dark tan. From ancient times to the early 1900’s, women wanted smooth, porcelain white skin. They believed that only the wealthy could afford to have pale white skin because the lower classes had to work in the sun and were, therefore, tanned. A lead based powder was often used to make their skin even whiter, often to deadly results. The desire to have extremely white skin was so strong, that even though women knew that lead is poisonous, they continued to use it. Then Coco Chanel came back from a trip to the French Riviera in the 1920’s, and her fans went wild over the tan she had gotten while there, and started laying in the sun slathered in baby oil. In the 70’s, tanning beds were made, and have developed into a $5 billion industry. Although they are aware of the dangers of skin cancer, like their predecessors, many women still continue to go to the tanning salon multiple times a week. I can’t decide which one is worse…

Slaves to this fashion: Elizabeth I, cast of Jersey Shore