This is a sequel to the first list featuring great historical warriors. Some feature more on classes, while others are more groups of people. I hope you enjoy this list and please offer any other warriors for a possible third list. This time I tried to focus a little less on major known warriors, but I put a couple of well known ones in there too. 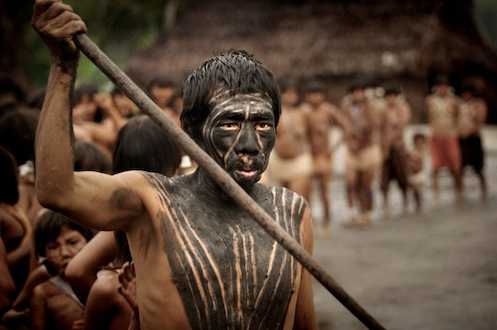 The Ya̧nomamö are a large population of indigenous Amerindian people in South America. They reside in the Amazon rainforest, among the hills that line the border between Brazil and Venezuela. Due to the remoteness of their residence, they had remained largely untouched by the outside world until the beginning of the 20th century. Historically, more than a third of the Ya̧nomamö males, on average, died from warfare. The accounts of missionaries to the area have told of constant infighting by men in the tribes, for women or prestige. There is historical evidence of continuous warfare for the enslavement of neighboring tribes, such as the Macu, before the arrival of European settlers and government. [Image Source] 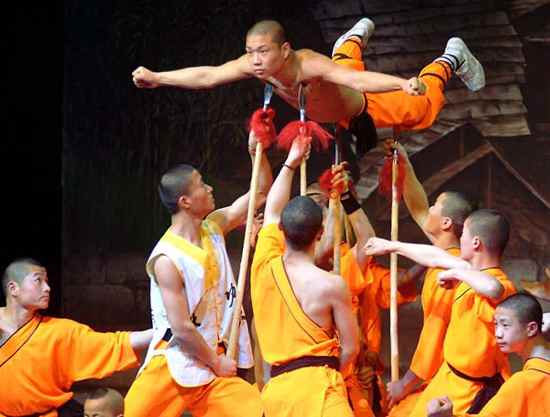 Shaolin monks are probably the most peaceful of the group, because they would avoid fighting wherever possible. Although when they did they were great fighters. They developed Kung Fu as a way to train both mind and body. They were known for fighting with weapons such as a wooden rod, twin hooks, or a whip chain. Based purely on the skill of the fighters, the monk should be ranked higher, but they were not the blood thirsty killers some of the others on the list were. Zhou Tong was a famous monk, known for his archery and almost legendary accuracy. The Shaolin reigned throughout China for many hundreds of years, and their temples and monasteries are found in China to this day.

The Azande were a tribe in Northern Central Africa – mainly in The Congo. They were ruthless killers, and even made a throwing knife that was considered so evil that it was banned for time in certain parts of Africa. They were also very good at using a makrigga, a barbed spear, or a Makraka, a curved knife. They would also never go into battle without their signature shield, and maybe a couple of poison tipped arrows for long distance fighting. They were at their strongest in the 1800s, and no European power ever took them over. 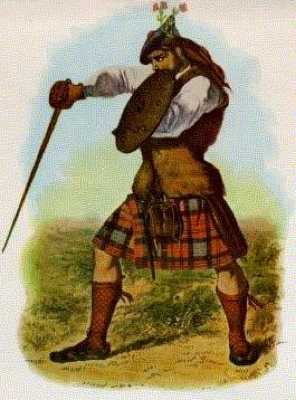 Scottish Highlanders were a group of people living in the highlands of Scotland. They were renowned for their fighting, and were especially good using a long sword. They had a similar fighting style to the Vikings, and other barbaric groups of northern Europe. They were very effective with weapons such as an ax, war hammer and dagger. The most famous highlander was William Wallace, who became legendary at the battle of Stirling Bridge, and to this day serves as inspiration to similar groups fighting for independence. 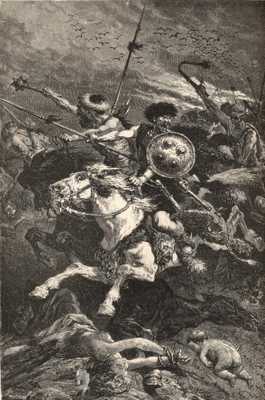 The Huns were the fierce horseman warriors of Asia. They were feared throughout Asia and the Roman Empire. They are most well known for their great leader, Attila. They were masters of using their own hunic bow, that was unrivaled for almost a thousand years. Because of their ferocity, they contributed to the fall of the Roman Empire. They were also pretty decent with a combination of swords and axes, but a skilled archer on horseback is what made them so deadly. Their empire spread all the way from parts of Europe to China, but as soon as Attila died everything eventually collapsed. They reigned from A.D. 370-469. 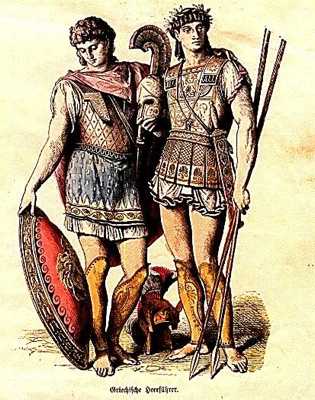 Thebans were located around Greece. They were a major rival of Athens and other Greek city states. They had a great army, especially the Sacred Band of Thebes, an all-gay group of 150 male couples who were among the best fighters in the world. In battle they were able to stand their ground against the Spartans, and sometimes even beat them. These 150 gay couples formed the elite of the Theban army, and were recognized for their great passion in battle. The reason they aren’t higher is because, besides the sacred band of Thebes, the rest of the army was usually defeated by stronger Greek city-states. They reigned from the 6th century B.C. to 335 B.C., until they were defeated by the force of the Greek city-states and, eventually, the Greek empire. 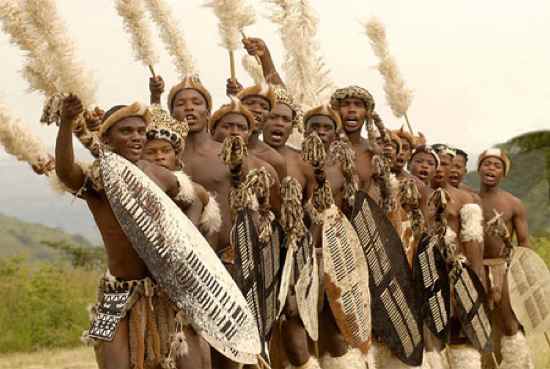 The Zulu were South African tribesman who built one of the biggest empires Africa had ever seen. They were led by Shaka Zulu, who greatly changed the way warfare was fought in Africa. He trained them to ignore pain, and they participated in Zulu stick fighting where they would try to hit their opponents. No one usually died, but it taught them to fight even if they are in severe pain. They dominated other tribes using their signature shield, ilkwa, a spear, the Zulu ax, and a throwing stick called an Iwisa. They ruled from 1816 to 1897, but were defeated by the British, using cannons and machine guns. Even though they did not rule for very long, they had some of the toughest and well trained warriors Africa had ever seen. 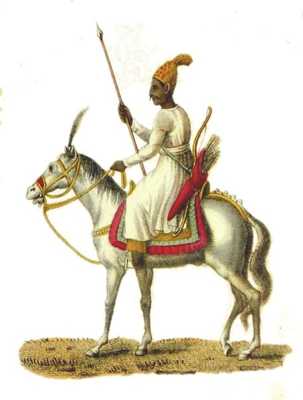 Rajputs were warriors who fought in Northern India. Rajputs were very similar to the samurai of Japan, or the knights of Europe. They protected the country and fought with a great sense of honor. They would usually fight to the last man, and would almost never surrender. Similar to the Shaolin monks, they were also trained in martial arts and had a good variety of weapons. The Khanda, a long sword, was their main weapon, but they also used a talwar (a curved sword) after the 16th century. They also utilized a chakram, a flying disk, the katar dagger, and a form of “whip sword” called an Aara. They ruled India all the way from the 6th century to when the British ruled in the 1800s. 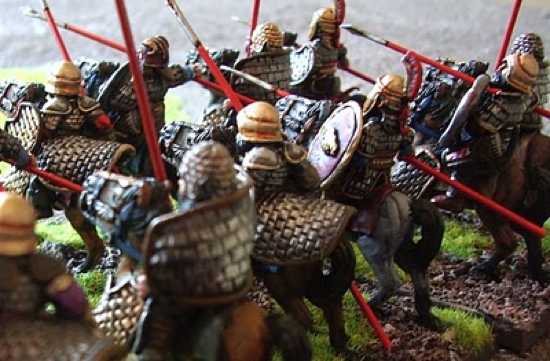 Scythians were the original Huns. They were among the best horsemen the world has ever seen, if not the best. They were also master archers and, like the Huns, used the archer on horseback to win battles. They combined this with their ruthlessness in battle, which included scalping their opponents and drinking their blood. Besides being great horsemen and archers, they were also good with a spear, battle ax and dagger. They were masters of hit and run tactics, and built a good sized empire in modern day Ukraine, Russia and parts of Asia. They ruled from about the 8th century B.C. to the 3rd century B.C. They were conquered by a group of people including the Greeks, Huns and others from the “steppes of Asia.” 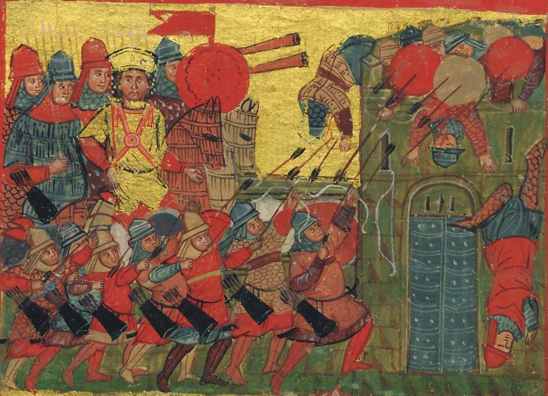 The Byzantine Cataphract is number one on this list because they were almost impossible to kill. They were similar to a knight but were fully covered head to toe in plate armor, that could weigh up to 88 pounds. The thing that separated them from the knights of medieval Europe was the fact that they covered their horses completely in armor, also. They were usually elite cavalry who would spearhead an attack using a pike or lance. While the Cataphract was a vague term for a soldier, I chose the Byzantine Cataphract because they perfected it first. They used them perfectly and this gave them a good ratio of speed and protection. This helped the Byzantine Empire rule for over a thousand years from 330-1453, until they were conquered by the Ottomans.