Comics have been around for decades. We have famous superheroes: Batman, Superman and Spiderman, to name a few. But what would a superhero be without their antagonist, the supervillain? While some supervillains are just stupid, others are simply bad ass. Bane is a brilliant world-class fighter and tactical genius, who augments his great physical strength with a steroid called venom. Raised from childhood in the Peña Duro prison on Santa Prisca, he determined that he would destroy Batman to prove himself, and succeeded by breaking the hero’s back during Knightfall. Since then he has been an international crime lord, an anti-hero, a mercenary, a government agent and even a dictator. His father is the legendary martial artist King Snake. He has been a member of the Secret Six, the Suicide Squad and the Secret Society of Super-Villains. Bane was created by Chuck Dixon, Doug Moench and Graham Nolan, first appearing in Batman: Vengeance of Bane #1. (1993). 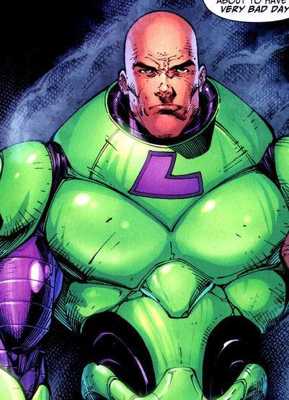 Lex Luthor is one of the most dangerously intelligent men on the planet, a super-villain, a brilliant scientist, a billionaire industrialist and Superman’s greatest enemy. This combination makes him an extremely powerful and formidable opponent; he is ruthless and efficient and creative. In addition to his personal vendetta against the man who thwarts his every scheme, from an ideological standpoint he despises the alien man of steel for contradicting his human achievements. Luthor has always been a controversial figure in the public eye, due to LexCorp’s corrupt business dealings, but he has also maintained political popularity. He has been a member of the Injustice Gang, the Injustice League, the Secret Six, the Secret Society of Super-Villains and Project 7734. Lex Luthor was created by Jerry Siegel and Joe Shuster, and has had a lengthy publication history, first appearing in Action Comics #23. (1940). The only survivor of the universe that existed before the Big Bang, Galactus consumes entire planets for nourishment. He has displayed god like abilities, including manipulation of molecules on a cosmic scale, conversion of matter to energy and vice versa, teleportation across great distances, erecting impenetrable force fields, etc, all on levels beyond human comprehension. His intelligence, stamina and endurance are also beyond any known method of calculation. Galactus is also able to scan the thoughts of virtually any known being. 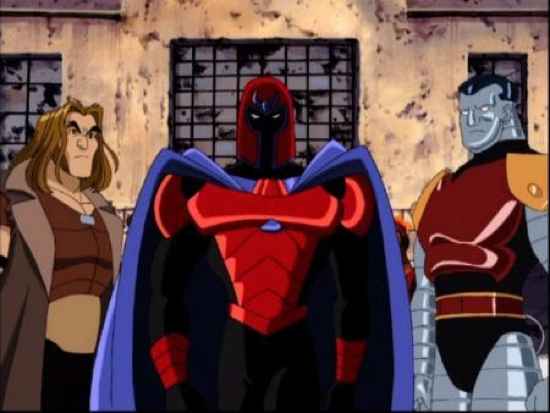 Magneto is one of the most powerful mutants in the Marvel Universe, possessing the ability to to generate and control magnetism. A Jewish Holocaust survivor, his actions are driven by the purpose of protecting the mutant race from suffering a similar fate. He is most often shown as an uncompromising militant and has engaged in acts of terrorism when he felt it was for the benefit of mutant kind. 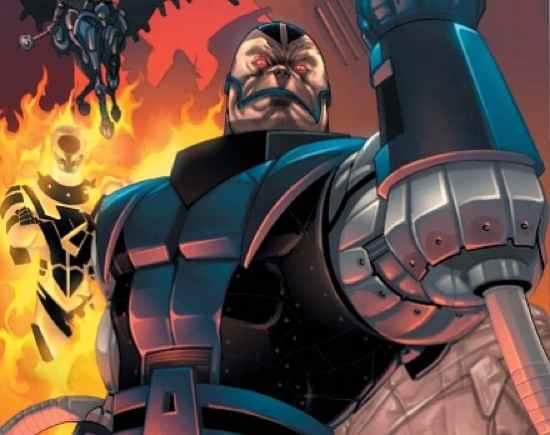 En Sabah Nur is reputed to be the first mutant on earth and also the most powerful. He scores an impressive 39 out of 42 on Marvel’s official powergrid. Apocalypse has control of his body on the atomic level, to go along with tremendous energy absorption and energy projecting abilities. His powers are greatly enhanced due to his mastery of alien technology, specifically genetics and biochemistry. 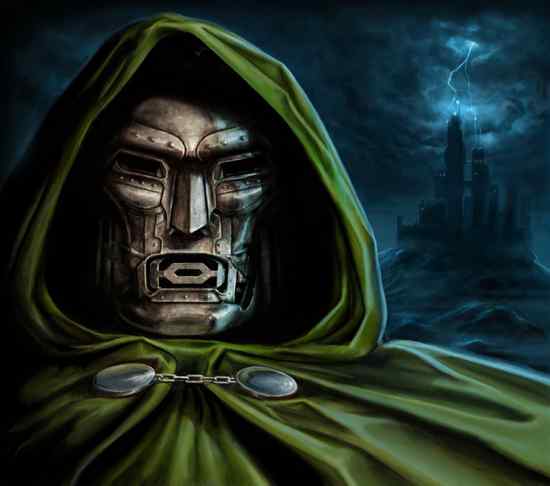 How could Doom not be here? Victor Von Doom was raised by gypsies in a small European county called Latveria. He lost both of his parents at a very young age. Swearing revenge, Victor began to increase both his scientific and mystical knowledge with such determination that he was given a full scholarship to Empire State University. It was at ESU that Victor met Reed Richards and Ben Grimm, and where he started his extra dimensional research. Doom’s vanity prevented him from adjusting the schematics to one of his experiments, and the end result was an explosion that scarred Victor for life. Expelled from school, Victor began to travel the world, eventually stumbling upon a village of Tibetan monks who trained him and crafted him a suit of body armor, complete with face plate. He soon returned to Latveria, overthrew the government and crowned himself King. Ruling with an iron fist, Doom began to turn the resources of his small nation to his plans of world domination. Arguably the greatest, and certainly the most horrific creation of scientific genius Dr. Henry Pym, Ultron is a criminally insane rogue sentient robot dedicated to conquest and the extermination of humanity. Years ago, inspired by his studies of Professor Gregson Gilbert’s synthetic Dragon Man, Pym began experimenting with artificial intelligence. Building a structurally crude robot (a torso on tank treads with spindly arms), Pym endowed it with consciousness, using a copy of his own brain patterns as the basis for the robot’s programming; however, the robot inherited not only Pym’s great intellect, but also Pym’s inherent mental instability, only without a human conscience. To Pym’s surprise, the robot developed an advanced intellect within moments of its activation, and an unexpected capacity for emotion; most notably, it was filled with irrational hatred for its “father”, Pym, and the human race Pym represented. Overpowering and mesmerizing Pym, the robot – which soon dubbed itself Ultron – hypnotically commanded Pym to forget its existence and abandon the New Jersey lab where it was created. Pym did as commanded, and after the lab was closed up, Ultron returned. Using the lab’s equipment, Ultron rebuilt himself completely four times, making improvements and modifications each time. Rechristening himself Ultron-5, he now felt ready to make war on humanity – and in particular the Avengers, the heroic super-team which counted Pym among its founding members. 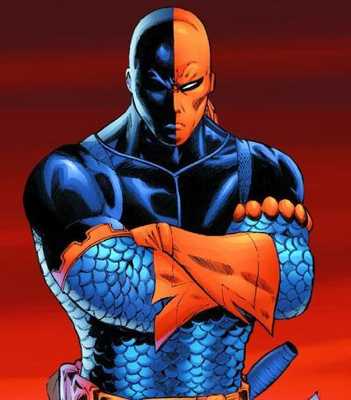 Imbued with enhanced physical prowess by secret army experiments attempting to create meta human soldiers for the U.S. military, Slade (called “Terminator” for most of his existence) became a mercenary soon after the experiment. However, he kept this career secret from his family, even though his wife was an expert military combat instructor, until a criminal named the Jackal kidnapped his younger son, Joseph, as a hostage, to force Slade to divulge the name of a client who had hired him as an assassin. Slade refused to do so, claiming that it was against his personal honor code, and attacked and killed the kidnappers at the rendezvous. Unfortunately, Joseph’s throat was slashed by one of the criminals before Slade could prevent it, destroying his vocal cords and rendering him mute. Doomsday is a rampaging, seemingly mindless, murdering monster who killed Superman. He is the result of Kryptonian genetic engineering gone awry. In “The Death of Superman” comic storyline in which he first appeared, Doomsday mysteriously bashed his way out of a metallic holding cell miles underground, dug his way up, and began senselessly killing and destroying everything he saw. His motives were initially unknown, but his nature was obvious; He was incredibly powerful, merciless and seemingly unstoppable. He easily defeated the justice league before confronting Superman.

Doomsday is the only one in main comics continuity to ever kill superman; and he did so simply by beating the man of steel to death. Doomsday was killed in the battle, as well, but later healed himself and returned to life, stronger than before. Superman has encountered him on numerous occasions since. The Joker is the famous wicked character from the Batman stories. Probably the most sinister portrayal of the character was the most recent by the late Heath Ledger, who managed to bring a much more believable evil to the screen. Throughout his original comic book appearances, the Joker was portrayed as a master criminal whose characterization varied from that of a violent psychopath to a goofy trickster-thief. His appearance is not typical of most clowns, but he shares sufficient traits with them that he should certainly to be included in the genre. The origin of his looks varies from source to source, but the most common is that he fell into a vat of chemical waste which bleached his skin, turned his hair green and made his lips bright red.