There’s a commercial running for a little while now, a promotion for a new t.v. show that’s about to air. About aliens violently invading our planet, whereupon the world becomes a dystopia of overturned cars and utter panic. In it, after showing scenes of deranged-looking aliens (CGI, no less) ripping humans apart and plasma cannons blowing through architecture like micro-tsunamis, a little boy, not even looking up from his Game Boy, simply, effortlessly, and casually says to his dad, “I just want everything to go back to normal.” Not because his friends and family are one by one being targeted by homicidal space-beings (which exist) or that he’s homeless and been forced into a game of survival, he offers the emotional content as if he just said “I don’t want to eat a lollipop right now.” Doesn’t that piss you off?

There’s a reason why midgets filled Teletubby costumes or why cartoons always cast a female voice actor to play any boy character. Because a real kid would screw that up, too. Kids don’t belong in the entertainment industry for myriad reasons, many having to do with the instant diminishing of enjoyment that comes with having one on a set, having to be responsible for one. Maybe it’s just a pet peeve, but these terrible child actors speak for themselves (when they really shouldn’t). Here is a list of the top ten reasons why the kids should stay the hell out of the picture:

(Warning: if you love children and every single thing they do, read no further. If you’re a mom that insists on repeatedly dragging your kid to a talent agency because you’re proud of your only true creation, stop. You’re a terrible person.) 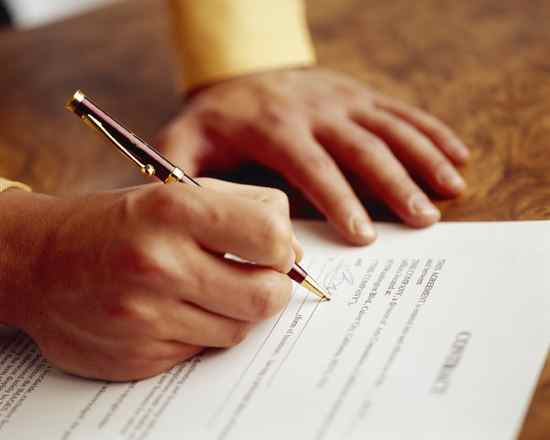 Reason: They are legal hell.

Simply put, a working child under the age of 18 must adhere to labor laws, laws which require constant breaks and limited working hours in a day. Such restrictions are not conducive to a film schedule, which often consists of full 12-hour days. Then there’s the concern of subject matter, say involving sex scenes, that must adhere to age-oriented decency law. Jodie Foster, for instance, was about 13 when she played a hooker in Taxi Driver. Of course, hookers have sex, perform certain explicit duties, duties no thirteen-year-old is inherently qualified for (her much older cousin actually filled in during the suggestive scenes). Even still, this child actor must be aware of what’s going on, given the informative nature of a script, and, as such, out goes innocence. Nowadays, such sexual awareness is constantly finding its way to younger and younger ages, to where innocence hardly has much of a chance to take a first breath out the womb. At any rate, a kid can only slow down adult-oriented momentum, to where that kid shouldn’t be present at all. 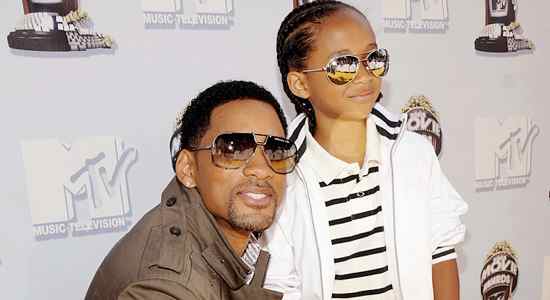 Reason: They are often cast through industry nepotism.

Jayden Smith, son of the Fresh Prince, is a movie star in his father’s rite. Hell, even Will’s 9-year-old daughter has a paid-for career making terrible pop music (like father, like daughter). Even funnier, SHE looks JUST LIKE HIM. It’s true what they say, the business is ALL about connections, but rarely do those connections make for a direct funnel of talent (quite the opposite in fact). Did we need to have a karate kid remake? About as much as another actor’s kid needed to provide a supplementary income in Summer blockbuster royalties.

Reason: They are always the least interesting/most annoying character in a movie made for adults.

For one, an adult in the film industry just can’t seem to write a part for a child with any sense of believability, discounting John Hughes (if you call a teen a child, and you should). The most terrible example in recent years is the part of Joseph Gordon-Levitt’s chubby little sister in (500) Days of Summer. Everything about the movie is swallowable, except for her character’s posture: she continuously talks down to him as she feeds him advice and life wisdom, as if she’s seen everything but a Hello Kitty backpack and the Jonas Brothers 3D Concert. And it’s obvious that kind of condescension and general knowledgeability is ill-fitting for a girl her age, because the little girl who plays her can’t give a credible performance. More despicable yet, is how this girl has a stable film career, continuing on in a vein of ill-fittedness (as ill-fitted as her transition out of prepubescence) from role to role in movies like Kickass and Let Me In. Damn it, cast her out already, or at least in something more fitting, (perhaps a poncho?) as an extra. 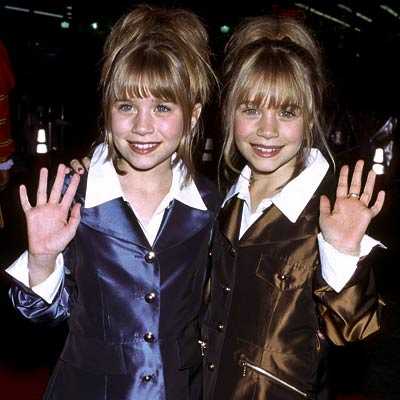 It is inevitable that a female child star appearing on screen (e.g. the Olsens) is going to one day turn eighteen, and leave it to online creeps and pedophiles in training to await the day their fantasies can no longer be deemed illicit (doesn’t make them anymore okay for the middle-aged bachelors who make an unofficial hobby of flipping through high school year books…from recent years.) It doesn’t help that the oft-sheltered and impressionable screen stars are made to believe that with teenage comes public sexuality (as demonstrated by a determined Miley Cyrus, fighting her way to make the Disney Channel a platform for misbehavior, her co-star washed-up musician-dad reaping the benefits all the while). 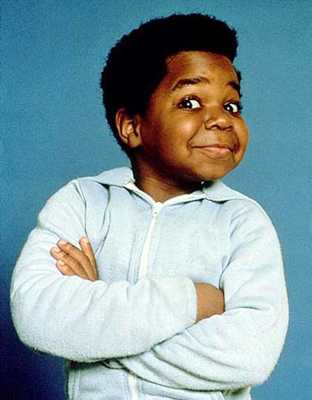 Reason: They often fade into a seedy oblivion.

If a child star doesn’t get washed-up and vanish swiftly and quietly, after causing an unrepeatable and very short-lived sensation (e.g. Gary Coleman, Anthony Michael Hall, etc.), he usually spirals violently downhill and makes a sort of alternative career out of being a tabloid tragedy (e.g. anyone from the eighties named Corey), pursuing drugs, drunken assault charges, and a lifestyle of debauchery. Followed by the cold epiphany of being old hat, old news, old. 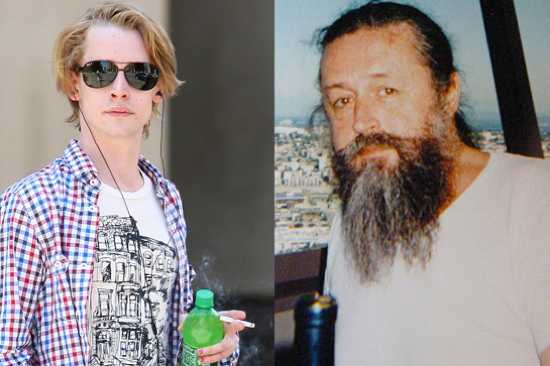 It’s a common dream for a kid to say he wants to be a movie star when he grows up, but to force him into the lifestyle, with everything that comes with it, before he even gets the chance to grow up, or even enjoy the innocence of childhood, is just messed up. No kid has the wherewithal to badger agencies into finding “work” in Hollywood, as if a kid is looking to work when he needs not pay for anything himself; no, it is parents looking to exploit their children, whom they find adorable as all hell and insist others must too, so they can pay the bills without having to actually do hard work themselves. Yes, they “deserve” to get a criminal cut of that child’s earnings to “reimburse” the expended effort being professionally overbearing. Remember when Maculay Culkin’s parents robbed his future savings blind because he was in no legal position to argue? Yeah, that’s what happens when you trust your parents to do what’s in YOUR best interest. 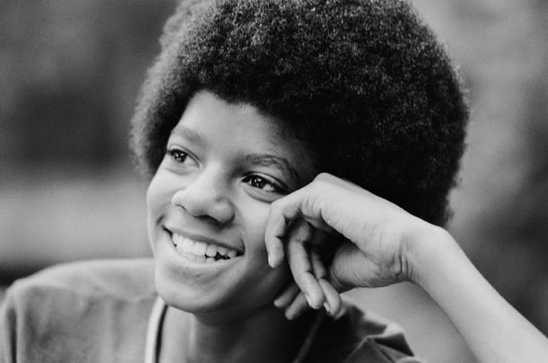 Reason: They develop egos at an age when the super-ego should be kicking in.

Michael Jackson is a prime example of why a child needs a normal childhood (though in his case his father was the one pushing him into the spotlight). The real world just doesn’t seem to exist in that kind of bubble-oriented environment. As such, real world implications don’t matter, only the implications of fame, success and the nature of a self-satisfied business. 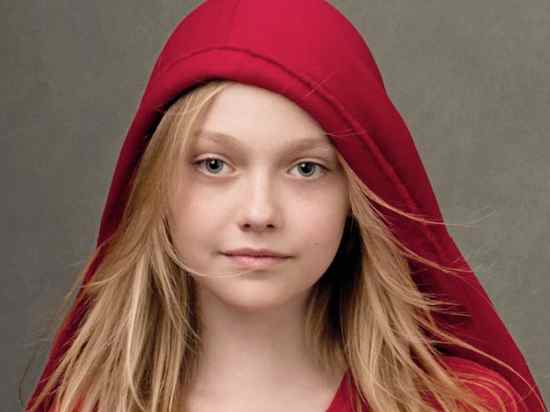 Dakota Fanning. She’s the modern-day equivalent of Maculay Culkin. The latter starred in movies both mature and innocent in subject matter, at an age of innocence (The Good Son and Home Alone, respectively). He was a “movie star” who hadn’t even reached puberty yet, but was some kind of public darling. Likewise, Fanning has appeared in Doctor Seuss movies as well as one involving a dad with a sadistic split personality, and recently as a slutty rock star. It’s the tragic decline of innocence that comes with a preteen actor/actress growing up in the clutches of an exploitative industry, the kind that rewards shock value with an ongoing career, in lieu of a swift dissolution into obscurity (The Brady kids did it the right way, letting Alice sweep their futures in show business under the carpet.). Someone needs to stop selling movies to delusional parents who watch child stars grow up on screen as if they were raising them themselves. Who else tracks a career beginning in the womb? 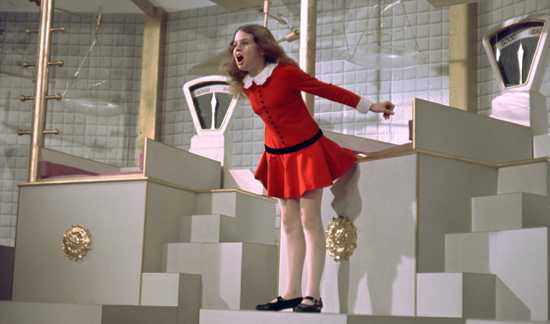 Reason: They don’t deserve it.

Envy gives birth to resentment, sure, but how many talented kids, that might have actually been raised in a militant household that placed emphasis on craft-honing, are over-looked in pivotal casting calls for the cutest one in the bunch? There are some kids that grow up in t.v.-free, Puritanical households, who read books and gain wisdom while most kids are beating their heads into pulp with video games and the stimulation orgy that is Cartoon Network’s idea of child entertainment. For instance, that British kid from the Willy Wonka remake, the one that seems a few decades too mature for his timid frame. Mostly though, it’s just flat out obnoxious for any working artist seeing some little kid get swept into fame and fortune with no teeth being cut in the process (at least none that the tooth fairy won’t compensate). 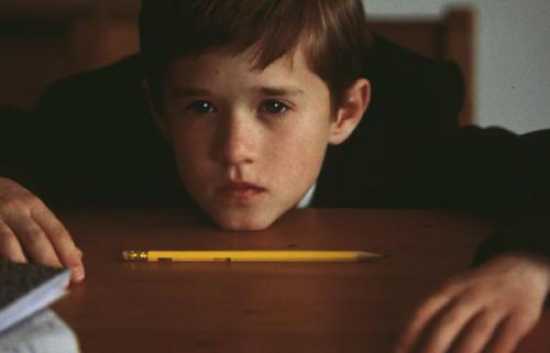 And there’s a reason for it: no kid has accrued the required life experience necessary to breathe life into a dynamic character, especially when characters aren’t (or shouldn’t, anyway) two-dimensional. It might make sense that a child can supply a child’s experiences to the role of a child, but even that requires a grasp on transference, and the actualization that you need to be another person through an excerpt of identity-informing lines. But more than words, a kid needs to know how to recall/supply emotions to appropriate occasions, beyond having some grip squirt tear drops in their eyes during all the “sad” scenes. In the case of a character taking on the self-assuredness and maturity of someone much older, the kid has to be able to supply a sense of origin, the disposition through which those traits can become evident. Otherwise, you just have another terrible kid actor making a joke of a serious scene and destroying the fourth wall out of clumsiness and poor casting. “I just want everything to go back to normal.”