We all love rags to riches stories, but it seems that people are almost as fond as riches to rags – or stardom to failure. This list looks at ten famous or successful child stars who went on to failure and, in at least one case, death. It is a well known fact that child stardom can often lead to disaster – perhaps due to the lack of routine that most children benefit from, but it certainly seems that the wealth that comes of it is frequently not worth it. 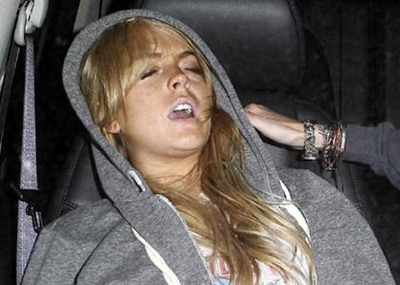 Lohan got her big break at 11 when she was cast as the lead in the remake of “The Parent Trap.” As she rose to stardom in both movies and music, she also became a fixture on the Hollywood party scene. The years of fast living caught up with Lohan in 2007. First, she was almost fired from the film “Georgia Rule,” with the producer releasing a memo noting, “We are well aware that your ongoing all night heavy partying is the real reason for your so-called exhaustion.” Then Lohan went through a series of car crashes, arrests and stints in rehab. On August 23, she pleaded guilty to DUI and cocaine possession and was sentenced to one day in jail and three years of probation. As of 2009, Lohan was reportedly sober and trying to work her way back to the top in Hollywood. 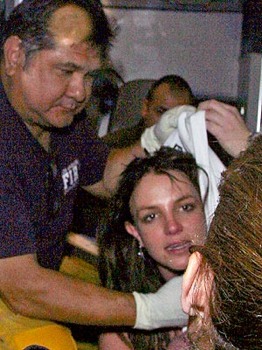 Spears started as a pre-teen on “The New Mickey Mouse Club” before launching into pop stardom with the 1998 release of her debut “…Baby One More Time.” In 2007, she underwent a very public breakdown in front of the army of paparazzi that follows her. In addition to losing custody of her children to ex-husband Kevin Federline, being charged with a hit-and-run, and several brief stays in rehab, Spears attacked a photographer’s car with an umbrella and shaved off her hair. On January 3, 2008, police were called to her house when Spears refused to hand her children over to Federline’s representative. A month later, she was involuntarily committed to a psychiatric ward. 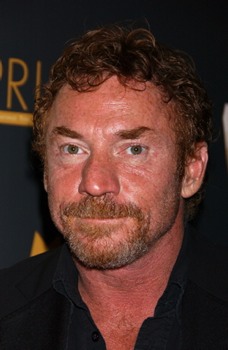 The former “Partridge Family” star fell on hard times after the series ended, at one point living out of his car. He was twice arrested for cocaine possession, in 1985 and 1990. Bonaduce later admitted that he was so addicted to crack that he got serious burns on his fingers and lips because he wouldn’t wait for the pipe to cool down before smoking it. In 1991, he was arrested for assault and battery for beating up a transvestite hooker. He and his wife Gretchen chronicled their faltering marriage in the 2005 reality TV series “Breaking Bonaduce.” Episodes featured Danny falling off the wagon, abusing steroids and attempting suicide. 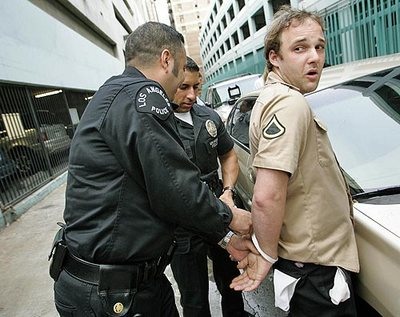 When he was 10, Renfro was discovered by a casting director and hired for “The Client,” based on a John Grisham novel. His only previous acting experience was in a school play sponsored by the anti-drug organization DARE, which would prove ironic given Renfro’s repeated arrests on possession charges. In 2000, he and a friend were charged with grand theft for attempting to steal a 45-foot yacht. They were caught because neither remembered to untie the boat from the dock. In 2005, Renfro was one of 15 people caught trying to buy heroin during a police sweep of Los Angeles’ skid row area. He spent 10 days in jail in 2006 after being convicted of driving under the influence. Renfro died from a heroin overdose at age 25. 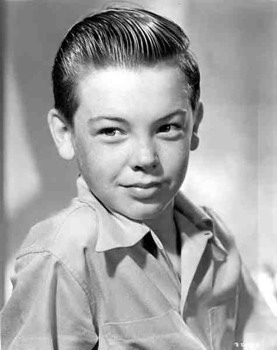 At nine, Driscoll was Disney’s “golden boy” and at age 13 he won a miniature Oscar as outstanding juvenile actor. His career started unraveling when he developed severe acne upon hitting puberty. An arrest for marijuana possession at age 18 further scared off producers from hiring him. As his drug use went from pot to heroin, Driscoll had a series of run-ins with the law. After being arrested for forging a $45 check and robbing $450 from an animal clinic in1961, he was ordered to the California State Narcotics Rehabilitation Center for six months. On March 30, 1968, two boys playing in an abandoned New York tenement discovered Driscoll’s body. Death was the result of hardening of the arteries from long-term drug abuse. Since Driscoll was found with no ID, he was buried in an unmarked pauper’s grave. He was identified through fingerprints a year and a half later. 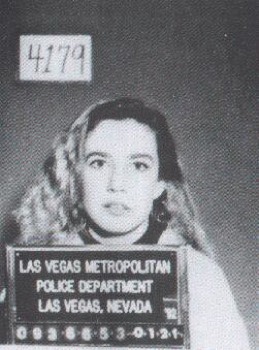 Plato began making commercials at age seven and at 14 was cast as Kimberly Drummond in the hit TV show “Diff’rent Strokes.” She later admitted that she drank and used drugs during her years on the show. In 1984, Plato was let go from “Diff’rent Strokes” after getting pregnant by her boyfriend. She had trouble finding work, appearing in B-movies and soft-core porn. In 1991, Plato was arrested for using a pellet gun to rob a Las Vegas video store. A year later, she was nabbed for forging a prescription for Valium and served 30 days in jail for violating probation. At age 35, she died of a prescription drug overdose that was ruled a suicide. 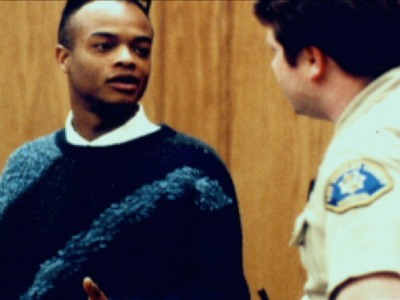 Another troubled “Diff’rent Strokes” alum, Bridges portrayed Willis Drummond on the show. His legal troubles began in 1983 when he was arrested for carrying a concealed weapon. He was arrested again in 1987 for making a bomb threat against a car dealership and in 1989 for pulling a gun on his mechanic during a dispute over a bill. Bridges faced his most serious charge in 1989 when he was tried for attempted murder after allegedly shooting a crack dealer eight times during a cocaine binge. He was acquitted thanks to high-profile defense attorney Johnnie Cochran, later part of O.J. Simpson’s famed “Dream Team.” Bridges was arrested again in 1997 for assault and battery after ramming a friend’s car following an argument, but was acquitted once more. After this latest transgression, he became a born-again Christian and began speaking at schools about the dangers of drug abuse. In a positive change of pace, in 2001 Bridges made headlines by rescuing a woman who had fallen out of her wheelchair while fishing. 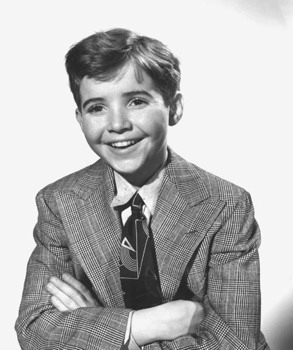 He appeared in fifteen of the “Our Gang” shorts and dozens of feature films as a child. His biggest adult role, as the sidekick in the sci-fi TV show “Rocky Jones, Space Ranger,” ended after he was arrested on weapons charges in1954. While out on bail, Beckett fled to Mexico, got into a shootout with police, and spent four months in prison. Back in the States, he added to his record with arrests for passing bad checks, assault, drug charges and multiple drunk driving busts. In 1963, despite being in a wheelchair after his latest DUI crash, Beckett was charged with assault with a deadly weapon after trying to stab his neighbor. At age 39, he died from an overdose of barbiturates. Critic Leonard Maltin called his death “a particularly sad end for someone who, as a child, had shown so much easy charm and talent.” 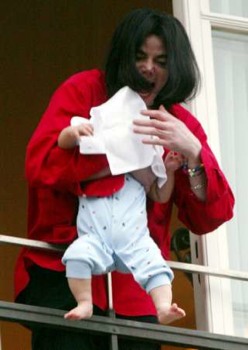 He first topped the charts at age 11 with his brothers in the Jackson 5. As an adult, he emerged as one of pop music’s biggest superstars ever. He also began laying the foundation for his “Wacko Jacko” reputation, although his rumored 80s eccentricities – hanging out with a chimp; trying to buy the Elephant Man’s bones; sleeping in an oxygen chamber – seemed harmless. Then in 1993, the father of a 13-year-old guest at Jackson’s Neverland Ranch accused the singer of sexually molesting the boy. The allegations were supported by Jackson’s sister LaToya, who said, “Forget about the superstar, forget about the icon. If he was any other 35-year-old man who was sleeping with little boys, you wouldn’t like this guy.” Jackson settled the lawsuit filed by the child’s family, reportedly paying over $20 million. Criminal charges were dropped since the accuser was no longer willing to testify. Despite the close call, he admitted in a 2002 interview with Martin Bashir that he slept in the same bed with “many children.” The fallout from the interview led to Jackson’s arrest and trial on child sexual abuse charges. Due in large part to serious credibility problems with the prosecution’s main witnesses, Jackson was found not guilty on June 13, 2005. 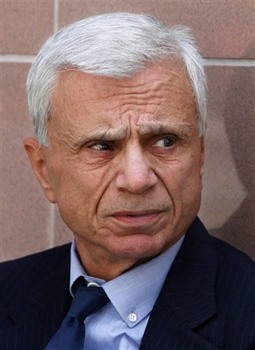 Blake began performing in a song-and-dance act at age three. In Hollywood, he became a regular in the “Our Gang” short films. He had a miserable childhood with an abusive, alcoholic father, which may have contributed to later bouts with drug abuse and a reputation as a difficult to work with perfectionist. Despite his problems, he found success as an adult in the hit detective show “Baretta.” In 2000, he married actress Bonnie Lee Bakley after DNA tests proved he was the father of her child. Six months later, on May 4, 2001, after Bakley and Blake had dinner at an Italian restaurant, she was killed by a gunshot to the head while waiting in their car. Blake explained to police that he could not have been responsible, since he had gone back to the restaurant to retrieve a gun he had left at his table and was there when the shooting occurred. When questioned, no other diners or employees could recall Blake returning. Despite the weak alibi, he was found not guilty of murder. However, much like the O.J. Simpson case, a jury at a later civil trial found Blake liable for the wrongful death of his wife and ordered him to pay $15 million to her three children.