Looking back upon the heyday of the newspaper industry, images of angry cigar-smoking editors, journalists with fedoras carrying “press” cards and sharpened pencils, and little Dickensian children on the street corner shouting “Read all about it!” are evoked. That was back when nothing MORE than newspapers existed, that is in the form of competition. Yes, the paper was as cutting edge as the refrigerator back when the nation relied on its local street urchin to find out what was new in the world. Nowadays, in spite of a good many paperboys who regularly find summer employment, it’s the tech-savvy youth that are primarily responsible for the undoing of anachronistic traditions. You’d think an industry whose very purpose is to keep regular tabs on the status quo would be able to adapt to an ever-changing environment, but such was apparently not the case as an industry of old dogs failed to learn any new tricks (instead they just continued licking themselves). Here’s a look at the top ten reasons why not all traditions are timeless, and particularly why the newspaper industry is folding under itself (and being held in place with a rubber band). 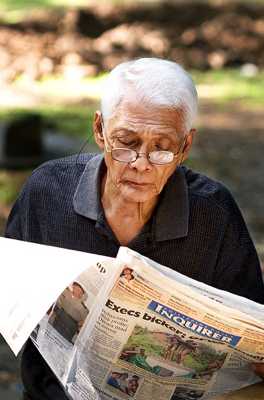 Reason: It’s Made By and Aimed at “Old People.”

You’re going to lose a lot of business targeting the most transient demographics, the ones on the way out the door, whereas there is a lot of money in tapping into the prodigal youth. You want to secure a place in the hearts of those that really pull all the strings, the ones that will inherit the earth one day. To simply secure the ports of every hospital feeding tube is extremely short-sighted. Most successful business models aren’t based on a client-base that remembers when things used to cost a nickel (e.g. Facebook, iPods, any beverage ever, etc.). Not only do newspapers adapt poorly to an internet model, they also seem to be completely clueless about what appeals to younger demographics (beyond the extremely topical). That’s a matter of external research, but try telling any stubborn print publication run by complacent old coots to look outside of itself. 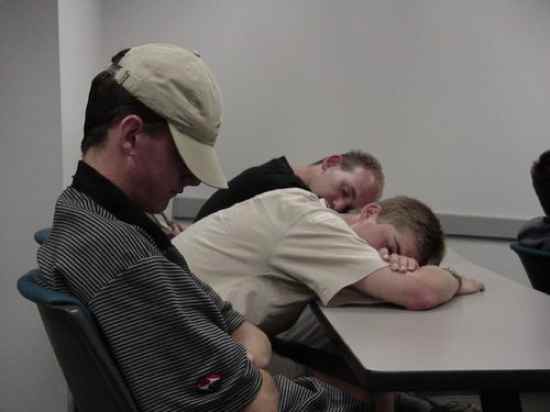 Reason: There’s no Passion in the Journalism.

When you read any front page news story, chances are it’ll be the driest, most cliche-prone pile of bullet points you’ll find outside of a reporter’s notebook. Beyond the basic story elements (the ol’ “Who, What, When, Where, Why and How”) there is rarely any narrative or creative expansion, really no more than the laziest consolidation of a tape recorder’s content. The straight-forwardness is crucial to the relay of the most vital information, but more than being just a journalist (but a bona fide writer), the material should be at least interpreted in a way that would appeal to those otherwise uninterested in bland subject matter (e.g. real estate, finances, etc.). Or just keep on writing to appease the routine-seekers… 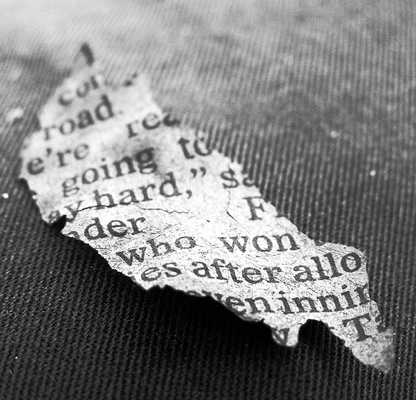 How much of the news we receive really matters? Relevance is the crux of the news industry for sure, but is a car accident or local robbery really relevant to anyone who doesn’t confuse breaking news with gossip? There are two types of news: “hard news” and “soft news.” The former would be like a local politician passing a bill or a murder, while the latter would be something like a business profile or feature on a kid in a wheelchair who can do Pee-Wee Herman impressions. The difference is in how immediate or timely a story is. But what should matter most is how much a story resonates with us as humans, not so much as how a story appeals to our lowest instincts to draw us in. When politics enter the newsroom, papers often use common affiliations to solicit to large, generic groups of people. Journalism should be a neutral platform to which everyone can subscribe unequivocally, not just those on the inside of the slant. 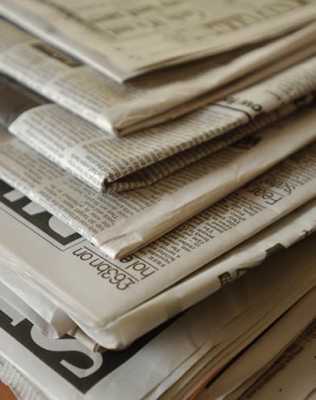 This is the reason a lot of retro-technology is pushed aside so quickly for the next flashy thing. Vinyl records became immediately more bulky and involved as soon as CD’s came about, as convenience is always preferred to quality or substance. Accordingly, it’s completely impractical to dig through a compost pile of newspapers to ascertain a news story from last year; whereas with the internet, archives exist, and virtually nothing is out of reach with a single laptop or handheld smartphone with internet access. Then there’s the matter of paper waste, the very reason hardcore green-heads don’t read the paper. 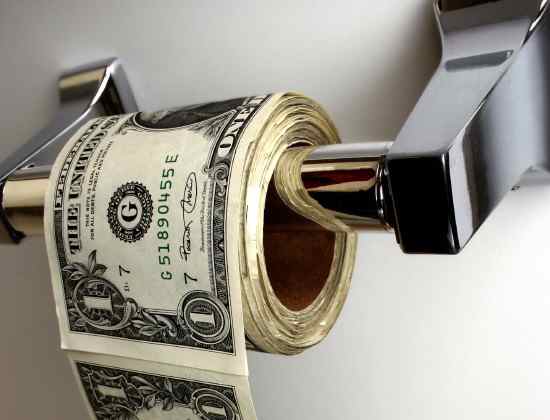 As the old adage goes, why pay for something that’s free? This is the very ideology that devastates the music industry and paper industry alike. Like pirated music, news is very much available for free on the internet, largely from websites pertaining to major city newspapers. With that being the case, news being readily accessible, and streamed to your homepage even, it seems redundant to pay a monthly subscription to hear the same thing from a pile of carbon (or digital equivalent). And that is the central problem with the newspaper, it really offers nothing new. 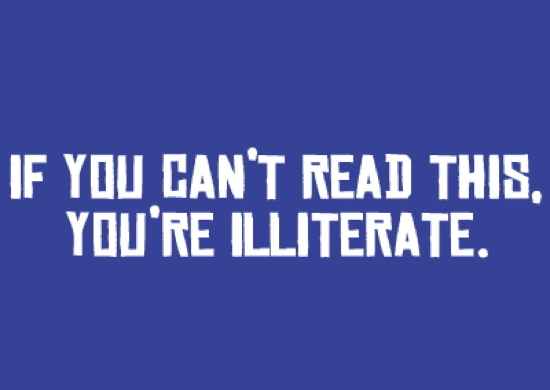 Simply put, most Americans don’t like to read, recreationally or otherwise. Newspapers endorse literacy implicitly on a daily basis. Granted, the industry is aimed at the least educated-types for a reason, as people don’t often have the attention span to sit down and absorb a single thing without being simultaneously stimulated by 18 others. Truth be told, if the paper didn’t have so many full-page pictures, or a funnies section, it would’ve died a long time ago (some people get all their news from Doonesbury alone). 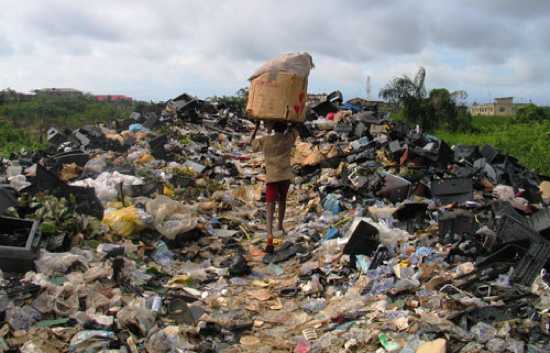 Between large headquarters, lofty offices, salaried employees and warehouses containing cumbersome printing presses which use (i.e. waste) all sorts of ink and paper every day, a lot of money goes into the daily newspaper that shows up at your door step every morning. All that money is exactly what keeps the industry from garnering any viable or growth-enabling profit margins, when online-based newspapers (like AOL’s Patch) are accountable for virtually no overhead (operating mostly out of coffee shops and a host website, in lieu of a physical headquarters) and make all their money through ad revenue. This is the Age of DIY, digital music, E-books and reality TV: less material equals more room for profits. 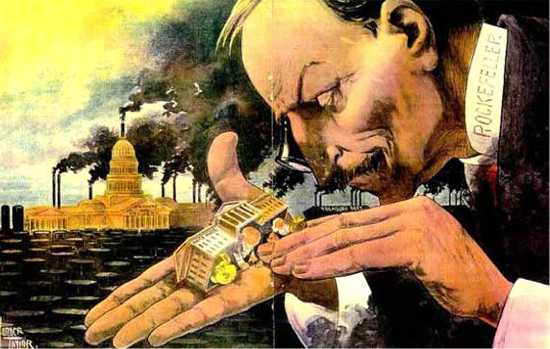 Again, the newspaper industry still thinks it’s on the same page as Wall Street, Big Oil and Big Tobacco, and can maintain that Tony Montana business ethos of wasteful expenditures and general impetuosity. It’s almost foolish to think you can keep up a business full of highly-demanding, not to mention overpaid, staff members, providing benefits and the kinds of perks that are usually found in the fluffiest regions of the corporate world. But when starving journalists fresh out of grad school are willing to do the exact same work for a lot less, and with a lot more zeal for the trade as an art form, it becomes a million times more practical to take on a body of freelancers who cut overhead into a fractional value. But if you insist on guaranteeing each employee gets a new jet ski or swimming pool full of caviar for a Christmas bonus, so be it.

With cable news, reading is obsolete. This is exciting for people uninterested in maintaining the acuteness of their wits. For those who like doing no work and reaping all the benefits, including a dash of enlightenment, it’s a sheer delight to be able to watch television and effortlessly absorb all the necessary points a newspaper requires you to sift for. This is huge competition for such a literacy-dependent medium as the newspaper. Not only that, the paper only comes once a day, meaning that anything that happens thereafter can’t be reported until the very next day. Cable news on the other hand can report a story on the minute and as it happens, even before it happens; for instance, when the news of Osama Bin Laden’s death hadn’t yet been made official, CNN was there to break it as it was being relayed from various sources and inside informants, who were alluding to some “important announcement” to be made by the President. The paper “broke” this news the following morning. 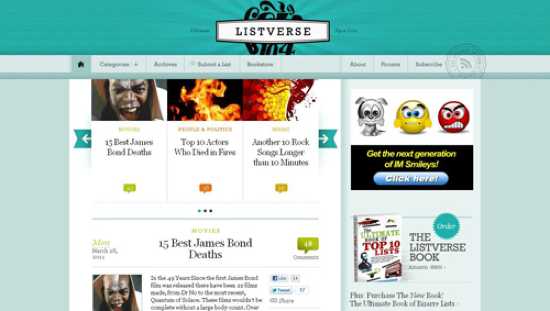 The internet is responsible for a lot of deaths. Primary, the death of humanity. Through it, people no longer need interact face to face or leave their houses to buy things or even work (in some cases). When news can be broken the second it happens, or at least as long as it takes for a witness to type it and publish it online (with Twitter or Facebook, that is only seconds), it’s a remarkable thing. That is unless your business model still operates on a once/day basis. In that case, you come off as perpetually slow to the punch, nothing more than a recap of what’s already been said/revealed. It is for that reason that the newspaper is no longer a practical way to receive information, that is when it comes to the very topical. Since most papers don’t dig much further than the topical, it is not introducing a new element and hardly a fresh perspective. There is a lot to say for a tangible product, but the product in journalism really comes down to a single abstraction: knowledge. That is what needs to be sold effectively. Sadly, there’s nothing effective about a newspaper anymore.