With the coming of the film media, those who did not “comform” to the new Hollywood production line often broke off and formed films of their own – usually with deeper meaning then any you would see in your local cinema. Avant-Garde (literally “advance guard”) is an experimental style of film that uses unconventional filmmaking styles to express a meaning to an audience. These films are usually plotless, surreal, dark, humorous and part of the “underground” sub-culture. The purpose of these films is not to achieve world-wide appeal, but to simply share artistic vision. In no particular order: 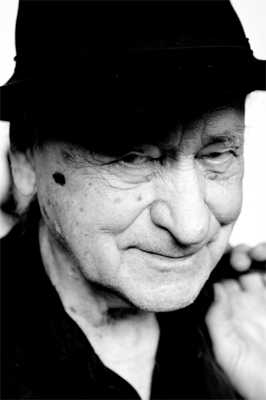 The “Godfather” of avant-garde, Mekas came a long way from his childhood, which he spent in hiding after escaping from a prisoner of war camp in Germany, during World War II. After buying a 16mm camera, he discovered the film media, and the importance of screening his films, which he regularly did at a local cinema after moving to Brooklyn, New York.

He was involved in the underground movement of the 1960s, mingling with other artists such as Nico and Allen Ginsberg. He was a fan of Jack Smith’s controversial short “Flaming Creatures”, but shopping it around various cinemas brought on an arrest for screening an obscene film. Afterwards though, he was one of the first to incite a campaign against the strong censorship laws (a few years before Jack Valenti’s introduction of letter based ratings) 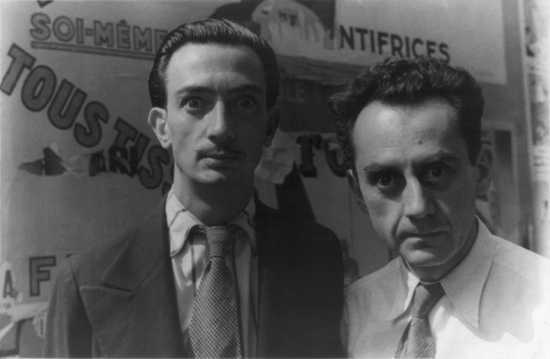 A frequent collaborator of Salvador DalÃ­, Man Ray worked more or less as an absurdest painter and photographer before moving to film. It was Man Ray who first exhibited Dali’s and Luis Buñuel’s Un Chien Andalou, including it with his own film, Les mystères du château de Dé.

Though American, Man Ray spent his artistic life in Paris, first exhibiting his work with the likes of Pablo Picasso and Joan MirÃ³. One artwork done by Man Ray that most will be familiar with is Violon d’Ingres, a photograph of Alice Prin (Kiki de Montparnasse) with f shaped holes, normally found on a violin, on her back. It was in the 1920s that Man Ray started to make short films, most of which were only a few minutes in length. Not only did he make his own films, he assisted with his vision on a number of other avant-garde films of the era, usually doing photography or editing work.

In 1943, Maya Deren and her husband Alexander Hammid filmed the influential Meshes of the Afternoon (above), a surrealistic fantasy short that hinted at the turmoil that her and her husband were going through. The film contains many distinct and famous images: a flower placed by an outstretched arm, a haunting figure in a hood, a key which turns into a knife, all of which add to the effect that the film has on the audience.

The short was filmed with a 16mm camera that was bought with the money left to Deren by her late father. Over all, the budget was revealed to have been just $275, but lack of funds did not hinder Deren’s artistic vision. Born in the Ukraine, but moving to New York as a child, Deren not only made avant-garde films, she wrote about them, in books, newspaper columns, in fact, she repeatedly attacked Hollywood for lacking artistic direction and controlling cinema. It seemed as if she wanted all films to have the same treatment to the world. She never did achieve this, however, as in 1961, she died suddenly at age 44. She spent her life making films which communicated with their audience, rather then just give them what they had seen before.

Who here would not be familiar with Andy Warhol? His art of Marilyn Munroe, Elizabeth Taylor and cans of Cambell’s soup are surely timeless, but Warhol made many shorts from his studio “The Factory”, such as Taylor Mead’s Ass (which consisted of Taylor Mead standing in front of the camera without trousers), Sleep (which consisted of a man sleeping) and many others that not only consisted of simple images, but lasting ones that the audience would take home.

Warhol was born to Ukrainians. After moving to New York from Pittsburgh, he remained there all his life. His first move was towards artwork, but with a twist. Several of his prints consisted of soup, coke bottles, dollar bills and shots of famous actors. He started on his short films in the early 1960s, and began making them from The Factory, a studio on the 5th floor of a building on East 47th st, Midtown. He not only made films, but hosted wild parties. His films made here, however, featured what were called “Warhol superstars”, the regular casts of his film, which included Nico, Edie Sedgwick, Ultra Violet, Viva, Mary Woronov, Taylor Mead and Billy Name. His ideas for his film were often very simple and not planned out. For example, for Chelsea Girls, he took a napkin, drew a line down it, put B on one side and W on the other. Sure enough, the film was made in split screen with one side in Black & White and the other side in Colour.

The man responsible for creating the “midnight movie” sub-culture, Jodorowsky’s El Topo found artistic success through these means. At midnight, at cinemas like the famous Elgin in New York, his film would screen to an audience not expecting what they were about to experience.

A Chilean, Jodorowsky moved to Mexico where he would make his yes work. In 1970, Jodorowsky made El Topo, a surrealistic western, often called an acid western. It was through celebrities like John Lennon and Yoko Ono that the film received a wider release. Lennon, Ono and even George Harrison were such fans of El Topo that they invested in his next project, The Holy Mountain, which was just as surreal and bizarre as El Topo. Jodorowsky was going to film an adaptation of Frank Herbert’s Dune, which was to feature Salvador Dali and Orson Welles, amongst other big names, but the project was too large in the end to produce.

Snow was more then a renowned sculptor, he also made several short films that were milestones in the world of avant-garde. In 1967, his most famous project, Wavelength, was released.

His works in sculpting can be found throughout his naive Canada, but Wavelength shows the true nature of avant-garde. The entire film is one zoom, which passes all the action around it, including a death, but the camera continuously moves past, and eventually to a wall in the back. This wall houses a photograph of the ocean, which was the subject of the zoom all along. Snow made several other shorts in the years to come, including <—> (aka Back and Forth, in which the camera moves around at different speeds) and WVLNT (aka Wavelength for Those Who Don’t Have the Time). The clip here is his film La Région Centrale. 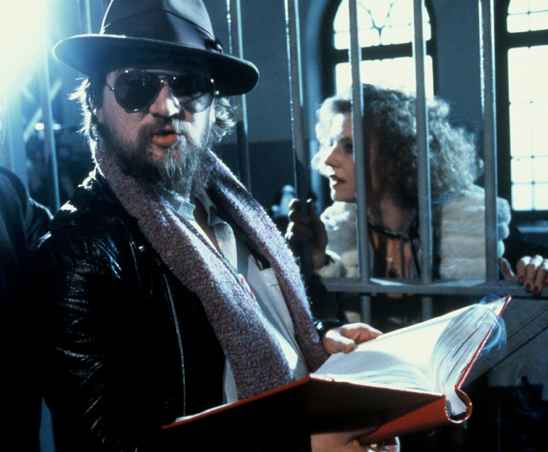 Fassbinder was, along with filmmakers such as Win Wenders and Werner Herzog, one of the founders of New German Cinema. He spent his early career making feature length avant-garde films before making critically acclaimed theatrical films like Ali: Fear that Eats the Soul.

Fassbinder’s first films were avant-garde shorts, such as Love is Colder then Death and Beware of the Holy Whore. These films were the first to bring Fassbinder to critical acclaim. From the favorable release of these is what brought Fassbinder to start making films for the masses. These were almost all shot very quickly, on 16mm and with a minuscule budget, but never the less, Fassbinder remained popular internationally from them. He never got to see the premier of his last film, Quarelle, as after a hectic life of strong drugs, he overdosed at age 37.

Hollywood director David Lynch hardly seems like a suitable submission here, but his films, especially his early work, do contain traits of avant-garde, especially his haunting 1968 short, The Alphabet. Throughout his career, his films kept these elements, and never did deviate too much.

In his 20s, during the 1960s, Lynch experimented with short film. He did several apart from The Alphabet, such as Six Figures Getting Sick, The Grandmother, and The Amputee. His first feature film, Eraserhead, kept many of the techniques he used in his shorts, apart from giving his film a (semi) feasible plot. His later films, like Dune, Blue Velvet, Lost Highway and Mulholland Drive, in some ways, keep trace elements of the haunting mystery he used extensively in his early shorts.

Kenneth Anger spent his life filming what he felt inside: his films contained his pent-up homo erotica that he could never himself admit. Films like Fireworks and Scorpio Rising were not only avant-garde film, they were an expression of Anger’s inner feelings towards himself.

Fireworks was made while Anger was still young; in fact, he filmed it the weekend his parents were out of town. Never the less, the film stands as the ultimate expression of the underground homosexual culture. Several years on, and Anger continued making these kinds of films. Scorpio Rising, about a group of gay, nazi, sado-masochistic bikers, gained critical acclaim during it’s release in the early 1960s, however, during a screening of the film, police raided the theatre and arrested Anger and the theatre manager. The case of Art vs. Obscenity was brought to the Supreme Court, where they ruled in Anger’s favor.

Luis Buñuel is probably known to all readers – as said before, his collaborating with Salvadore Dali is one of the most known avant-garde films. Un Chien Andalou is one of the most timeless of all shorts in the genre. The haunting images stay with the audience for times to come.

Un Chien Andalou was made by Buñuel and Dali in 1929, and made use of many pointless scenes and plots, such as a woman getting her eye slit, in the way a cloud slices across the moon. Ants crawling out of a hand, a priest dragging a piano, rotting donkeys, all pointless but incredible images to convey meaning. Later on, Buñuel tried his hand at making actual films with plots, one being Belle de Jour with Catherine Deneuve, but in the later parts of his life, he reverted back to making films with little plots, just as he had started out. The clip above is from the wonderfully absurd The Phantom of Liberty.