As my first submission to listverse, I have decided to share somewhat of a passion of mine. It’s an eclectic taste of weird and wonderful fiction from, predominantly, the turn of the century pioneers of weird stories. As technology has progressed to the point where it is easy to carry around vast amounts of literature in ones pocket, a whole new world was made available to me. I started out using an eReader app on my old iPod touch, then my new android phone and finally, on a kindle. As much as there are those that love tree-books, the ease of access to e-books, particularly ones out of copyright, mean that there are thousands of worlds for people to explore for free. All you need is an eReader or smart phone. Of course, a printer with plenty of paper and a stapler could work too.

The main restriction I have for this list is that the books must no longer be under copyright and available for free. I have tried not to repeat authors, however in some cases I could not bring myself to omit another book, so I ask you to overlook these indulgences. These are my personal favorites and I cannot put them in a ‘top ten’ order and so will go through them chronologically. 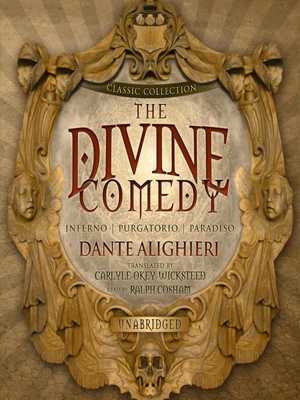 The oldest book, by far, in the list, The Divine Comedy is a piece of prose detailing Dante’s decent through the Inferno, Purgatory and then to Paradise. The entire piece is a work which follows the path of people through their daily lives on to redemption. The Inferno depicts the way in which man stumbles and falls from God into sin. Purgatory depicts the way in which man struggles to find redemption and, finally, Paradise depicts the ways in which men draw closer to God. While this all might sound very preachy it does not read that way and is still a fantastic allegory. the original was written in Italian as an Epic Poem, so the translation can be challenging at times, but it is very rewarding.

Fun fact. A game for the PS3 and Xbox 350 was released two years ago, Dante’s Inferno, which re-interprets this epic poem as a violent video game. 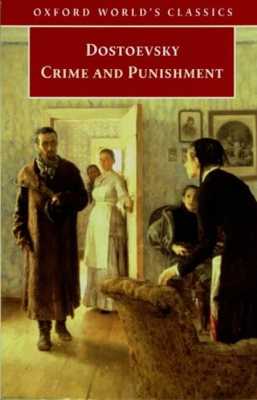 From a divine poem to an existential story of struggling with poverty and moral ambiguity. Crime and Punishment is one of Dostoyevsky’s most well known works. Rodion is a poverty stricken former student who has proposed a hypothesis that some people are capable of evil deeds that are for the greater good. He convinces himself to murder a pawn broker, who feeds off the unfortunate detritus of society for his own gain, and to use their ill gotten money to perform good deeds. The book deals with remorse, guilt and a constant question of whether to do the right thing, regardless of circumstances. A fine piece of existential literature. If you can’t get through The Divine Comedy and it’s religious setting, then Crime and Punishment provides a humanistic alternative. You should still read both, though. 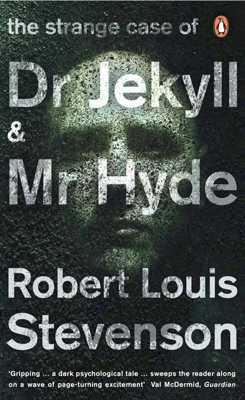 A classic tale of split personalities. I am sure most of you reading are aware of The Strange Case of Dr Jekyll and Mr. Hyde. What is probably also true, is that not all of you have read the original novella. Far from being a monstrous transformation, Mr Hyde is just Dr. Jekyll without his moral objections. A feeling that Dr Jekyll relishes at first. While Mr. Hyde is described differently from Dr. Jekyll in appearances, one can’t help but get the feeling that the only real difference is their personalities, and that is what people see. Mr. Hyde becomes more and more brazen and soon even Dr. Jekyll disappears for some time. Until another murder is reported… 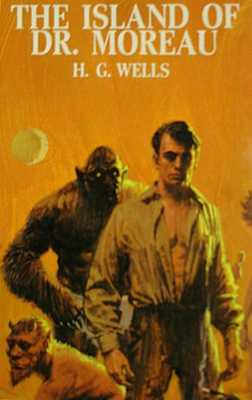 The first of the two H.G. Wells books I have chosen for the list. The Island of Dr. Moreau is the first entry from the turn of the century, where we first see weird fiction rise. Edward Prendick is a shipwreck survivor, picked up by a crew delivering exotic animals to an island inhabited by Dr. Moreau. If the name of the book doesn’t sound familiar, then the fact that Dr. Moreau was attempting to make sentient animals may be familiar. Dr. Moreau is a mad scientist, and his experiments at Anthropomorphising animals leads to questions of the nature of Man, and the inherent responsibility for what we create. Somewhat foreshadowing of our more recent concerns with sentient AI, and the implication of creating something that not only feels, but can tell you precisely how it feels. 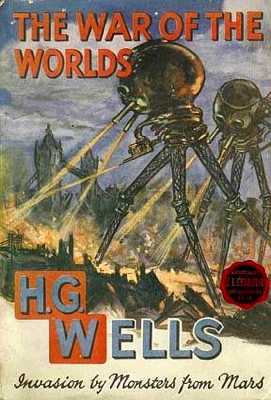 Before there was Independence Day, there was the War of the Worlds. This follows the invasion of Martians (ones actually from Mars for a change) into London and the surrounding shires. The unnamed narrator struggles through various events throughout the invasion trying to find his wife. Classic Science Fiction before there was Science Fiction, it was, at the time, called Science Romance. It’s style and presentation are that of a local man seeing his city destroyed by a seemingly unstoppable advanced life form. Themes of Imperialism and Darwinism abound. Of course, it is also nice to see an Alien invasion not focused on America. London was still the ‘Centre of the Universe’ at this point. 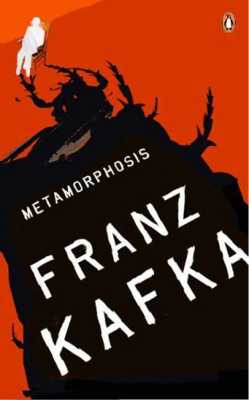 Another deeply philosophical delving into the inner workings of the human mind. The Metamorphosis deals with Gregor Samsa and his Metamorphosis into a giant, monstrous insect. One thing that the story expects of you is to take the Metamorphosis as given and it offers no explanation or reason as to why Gregor has suddenly transformed. Over time, his alienation and disconnection from the family he loves begin to cause problems for Gregor and his family, as they no longer are able to communicate, although Gregor can understand them. His actions are misinterpreted and the strain on their relationship grows. It is a very poignant tale and the ending is a very thoughtful one. 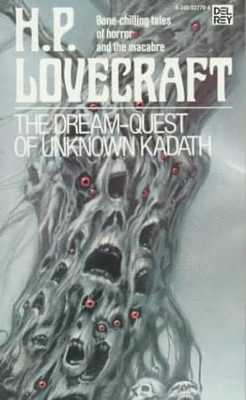 The first entry from the Author that started it all for me. While closely related to the Cthulhu Mythos it explores the subconscious of humanity and what realms we can access through our thoughts. It also poses questions like ‘if something is imagined, is it not real enough to the one imagining it?’. It is the longest of his Dream Cycle stories and features Randolf Carter, a recurring protagonist. In it Rudolf Carter dreams three times of a wondrous Sunset City. A city of such fantastic beauty that he becomes obsessed with going there. He prays to the God’s of the Dream to allow him entry, and finds that he now no longer dreams of the Sunset City. Dedicated to his cause he decides to descend into the Dream Realm and find Kadath, the home of the Dream Gods, to demand they show him the whereabouts of his dream city. Along the way extramundane creatures join him, even as others begin to try to stop him from uncovering the secrets of Kadeth. This shares heavy links with several other pieces of Lovecraft’s work such as ‘The Cats of Ulthaar’, ‘Pickman’s Model’ and ‘The Other Gods’. Reading the stories preceding the Dream Quest does add meaning to some of the recurring characters, however none of them employ such an eclectic and enjoyable journey.

3
The Tower of the Elephant
Robert E Howard – published 1933 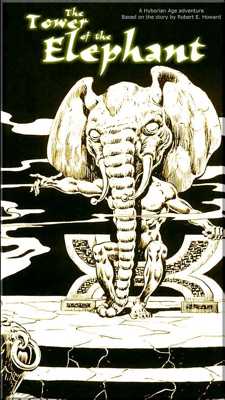 This is one of the first appearances of Conan the Barbarian. In this tale, Conan is still a young thief and has his eye on the Tower of the Elephant which is rumored to have a vastly precious gem at the top of the tower. A description of the story here does little justice, as Robert E Howards’ prowess with making a living breathing character, like Conan, is so perfectly executed that every page is a joy to read. While all of Conan’s major moments happen between the stories (He becomes king of Aquilonia for example) his adventures are full of a life and vigor that I have not seen surpassed. Howard was also a close contemporary with Lovecraft and you can see the mixing of ideas in this short story quite clearly. If you enjoy this, Robert E Howard wrote a fictional History of the Hyborean Age where this is set. It traces the origin of the races in Conan’s world. Through the power struggles and changes, up to when Conan is king and continues to the ultimate demise of all the civilizations and their metamorphosis to contemporary people. A perfect preface to the many Conan short stories. 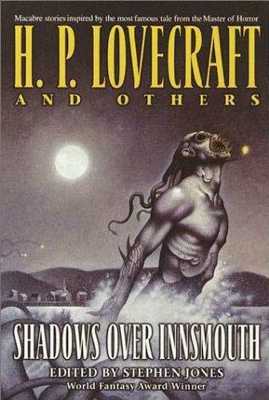 My justification for including a second Lovecraft book (Besides him being my favorite author) is that this particular book is a fine example of the Cthulhu Mythos, as opposed to the aforementioned Dream Cycle. H.P. Lovecraft was the master of cosmic horror on such a vast scale as to render the reader a feeling of hopelessness and pessimism. While Call of Cthulhu is his most well known story, The Shadow Over Innsmouth offers a more cohesive ending for people new to Lovecraft. The Shadow Over Innsmouth follows Robert Olmstead in his tour of New England, for antiquarian and architectural interests. Coming to Innsmouth he hears stories of Deep ones who bring the town fish for their industries and Gold for riches to those who send human sacrifices to their city deep beneath the Atlantic ocean. Far more is occurring in the dilapidated town though it’s citizens shamble about and all are afflicted with the odd ‘Innsmouth Look’. With the Bus out of town stricken with engine failure, Robert is forced to spend the night. There is a delightfully sinister ending to this novella. While I could recommend a few stories from Lovecraft if you enjoyed this, that could be a list in it’s own right. 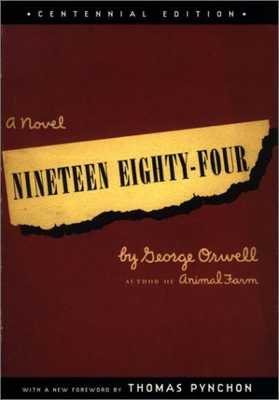 Last is possibly the most well known book out of this list, except for perhaps War of the Worlds. Set in a dystopian future where the government controls all aspects of the peoples lives, Winston Smith works as a civil servant and revises history to ensure The Party is always right, and to maintain the propaganda that helps to keep the minds of it’s citizens under control. Winston, however, struggles intellectually with ‘Big Brother’ and meets Julia who also is looking for ways to rebel. They begin an illicit relationship, illegal under ‘The Party’, and their control over all parts of society. Many concepts, now familiar vernacular, are coined in the story. The idea that a Big Brother figure is always watching you grew immensely in the 2000’s with the travesty of a reality show show being committed upon people all over the world. Room 101 also entered reality TV show circles, with celebrities relegating their most hated things to the dreaded Room 101, used in the book as a room that contains whatever the person fears most. Also themes on controlling how people thought through removing words used to express dissension and rebellion in the implementation of the new language, Newspeak. The defining Dystopian story in my opinion. Sadly this book is still under copyright in some countries, such as the UK and USA. Canadians and Australians should still be able to access it, though.