Back in August 2011, I submitted a list of ten frightening fates of modern leaders prior to the possible murder or execution of deposed Libyan leader Muammar Gaddafi, which was subsequently published after his death. Based on the comments of that list it is clear that several readers desired to see a second list that included not only Gaddafi, but also several others, as well as links to images of their frightening fates. I am willing to comply with that request and, once again, must point out that not all of the men listed below are necessarily villains who merited their deaths by non-natural causes, but I am curious which ones you readers think did deserve the violence inflicted upon them described below and if so, why? Again, I want to point out that by “leader,” I am using that term broadly and therefore beyond just heads of state, because people can lead others as heads of businesses or other organizations as well and in that capacity can also have incredible influence.

Moreover, while including the sons, brother and wife of some individuals on this and the previous list may seem redundant, it is important to keep in mind that they played leadership roles in different capacities than their fathers, brother and husband and yet still met horrific ends. Their inclusion demonstrates the perils that even the family members of leaders can face. One need only consider the violent deaths of Caligula’s wife and daughter, as reenacted in the famous eponymous film of his life, or the brutal end of the wife and children of Nicholas II, to remember that when a reckoning comes against someone viewed negatively by a certain segment of the population, not only will the leader succumb to a potentially despicable demise, so too might his or her family. Indeed, when one accepts or takes the reigns of leadership, he or she does not only risk his or herself, but also those closest to him or her. Finally, the list is organized chronologically by death. 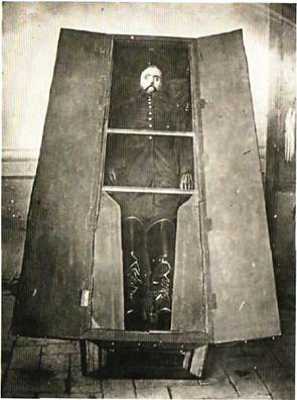 Maximilian I reigned as Mexico’s president for just over three years, despite having been born in Austria. Much of his support rested upon the presence of a French army that withdrew following the conclusion of the American Civil War. Napoleon III did not want to risk opposition from a victorious veteran American army, while he also faced the rise of Prussia back in Europe. Maximilian, however, remained defiant in Mexico and, despite the pleas of various European royalists and other luminaries from Victor Hugo to Giuseppe Garibaldi that Maximilian be spared, his enemies executed him by firing squad. A rather haunting image of his body in its casket, viewable above, shows the folly of a French emperor’s unsuccessful bid to install an Austrian as Emperor of Mexico. 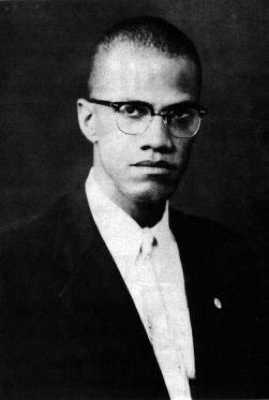 Malcolm X became the assistant minister of the Nation of Islam’s Temple Number One, in Detroit in June 1953, although he did not remain a member of that organization until his death. Civil rights leader Malcolm X eventually experienced something of an epiphany on his world travels, and matured in his views of race relations as a consequence. His outstanding autobiography is a powerful and poignant telling of his experiences, that I recommend to any educated citizen of the world. Despite, or perhaps because of, his changes in outlook, one man shot him in the chest with a shotgun and two others used handguns to hit him sixteen times.

Bobby Kennedy served as a Seaman Apprentice from 1944 to 1946, an Attorney General from 1961 to 1964 and then as a Democratic Senator from New York from 1965 to 1968. He suffered a similar grim end as that of his brother, mentioned in the previous list. An excerpt from a documentary, viewable above, shows the terrible reaction of the crowd as he is assassinated by a Jordanian named Sirhan Sirhan, who opposed Kennedy’s support of Israel. The Arab-Israeli conflict remains one of the world’s most destabilizing points of tension that has violent consequences far beyond Palestine and Israel, as Kennedy’s death reminds us. 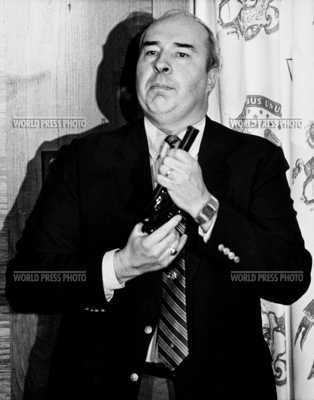 Elena Ceaușescu held the position of Deputy Prime Minister of Romania from March 1980 to 22 December 1989, and was known as “Mother of the Nation.” In the 1960s, she also directed the Bucharest Central Institute of Chemical Researches, and eventually received a doctorate in chemistry. She was executed alongside her husband, and in an informative documentary, depicted above, the trial and summary execution can be seen in a coherent chronology of their downfall, that elaborates on why they suffered their frightening fates. 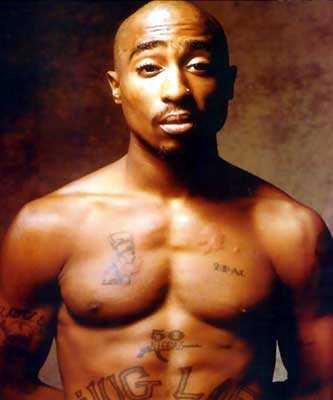 Tupac was an American rapper and record producer, and formed the Outlawz in late 1995, upon his release from prison. The members took their names from famous and infamous leaders and political theorists, several of whom met quite unfortunate fates, themselves. Shakur assumed a nickname based on Niccolo Machiavelli (3 May 1469 – 21 June 1527), while other members of the Outlawz styled themselves after Napoleon Bonaparte (15 August 1769 – 5 May 1821), Benito Mussolini (29 July 1883 – 28 April 1945), Ayatollah Ruhollah Khomeini (24 September 1902 – 3 June 1989), Idi Amin (c. 1925 – 16 August 2003), Fidel Castro (born 13 August 1926), Saddam Hussein (28 April 1937 – 30 December 2006), and Muammar Gaddafi (June 1942 – 20 October 2011). Shakur was shot in the chest, pelvis, right hand and thigh, with one round ricocheting into his right lung. A coroner’s photograph viewable online depicts the horrific extent of his injuries. His death was followed less than a year later by that of the Notorious B.I.G. (21 May 1972 – 9 March 1997), with much speculation that both murders were part of an East Coast-West Coast Hip Hop Rivalry between the aptly named Bad Boy Records in the East and Death Row Records in the West. 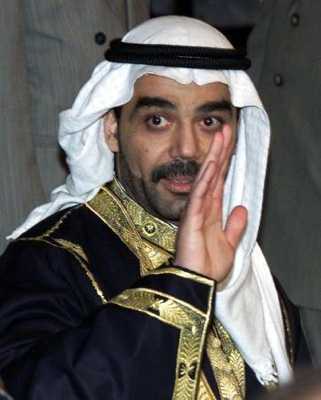 Uday Saddam Hussein al-Tikriti headed the Iraqi Olympic Committee, and was alleged to have tortured and imprisoned athletes who underperformed. He and his brother died of injuries sustained in a four hour battle with American forces. His mutilated body can be seen in gruesome detail in photographs around the internet. 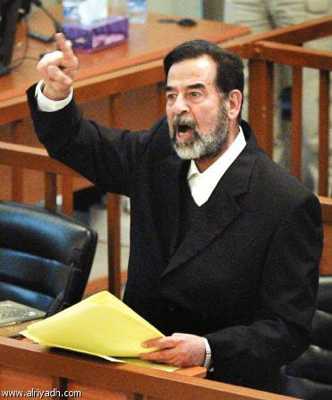 Saddam Hussein Abd al-Majid al-Tikriti served as Iraq’s fifth president, from 1979 to 2003. During that time, he fought two bloody and unsuccessful wars to annex first Khuzestan and then Kuwait to Iraq. During the second war, he also attacked Israel with Scud missiles. His third war proved to be his last, as he once again faced an international coalition. Unlike in 1991, however, this second coalition sought not just his military defeat, but his downfall. In the 2003 war, he lost both of his sons in a firefight and was, himself, subsequently captured several months later. After a trial, he died by hanging, as depicted in a controversial leaked video that can be viewed here. 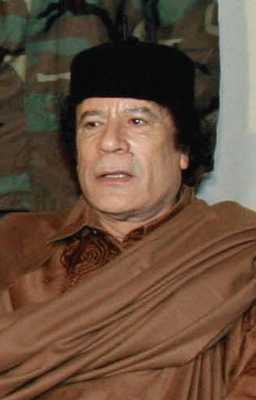 Gaddafi served as first Chairman of the Revolutionary Command Council of Libya, from 1 September 1969 to 2 March 1977, and then as Brotherly Leader and Guide of the Revolution in Libya, from 2 March 1977 to 20 October 2011. An ally of the uncrowned “last King of Scotland” Adi Amin, Gaddafi later received recognition from more than 200 African kings and traditional rulers, as King of Kings of Africa, in 2008. Beyond monarchic ambitions, both Amin and Gaddafi also had grandiose plans, yet ultimately failed in their goals of expanding their countries’ borders at the expense of their neighbors. But, whereas Amin managed to escape from Uganda when opposition to his rule grew uncontrollably fierce, Gaddafi decided to stay in Libya to fight his opponents to the bitter end. After a civil war in which perhaps tens of thousands died in less than a year’s fighting, he met his demise. His recent capture, torture and death is still unclear in its exact details as to what happened. As with Maximilian I earlier on this list, Gaddafi did not get out of his country when he had a chance, and suffered the brutality of bullets as a consequence. 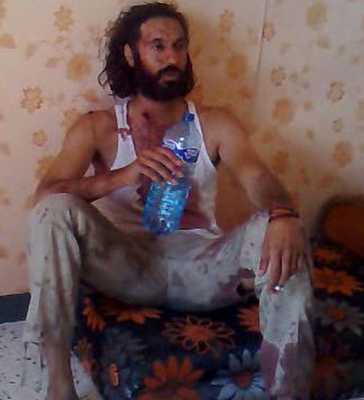 Mutassim Billah Gaddafi worked as a Lieutenant Colonel in the Libyan Army, as well as Libya’s National Security Advisor. During the Libyan Civil War, he, like his father, appeared to be captured alive (above) during the battle of Sirte; however, as a later photograph shows, he died, perhaps having succumbed to wounds sustained in the battle or, as with his father, having been murdered or executed. Thus, like Saddam Hussein’s sons, he would not live to succeed his father, either. While the Arab Spring continues, one must wonder if the violent demise of the Gaddafi family will conclude the domino falling of power of many long-ruling leaders of first Tunisia, then Egypt, and ultimately Libya. Or if leaders in such countries as Syria may still yet share the fate of their Tunisian, Egyptian and Libyan counterparts? Indeed, when one considers that in just the past few years, long-reigning controversial dictators in such places as Iraq and Libya have finally fallen from power, if the days of dictators are numbered and if perhaps a chill has gone down the spine of those from Iran to North Korea as well… If so, let us hope that when their regimes fall it is not at the cost of the tens of thousands it took to depose some of the others named on this, and the previous, list.