Classic gamers know that the Intellivision is the go-to system when it comes to retro sports, but the console is also home to a number of fun shooters and action titles. The following is a list of essential games for owners of the system looking for something other than armchair athletics. 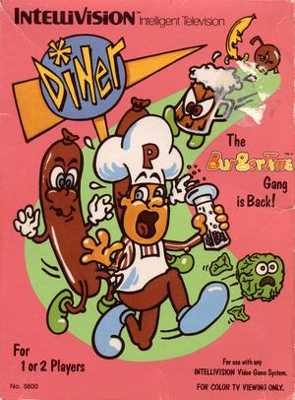 Bolstered by a whopping 15 different playfields, Diner is the single most amazing game for the Intellivision. Players have a rollicking good time as they climb ladders, grab side orders, shake pepper at rotten foods (hotdogs, bananas, cherries and root beer), and kick food balls down ramps and over ledges to fill plates at the bottom of the screen. Diner is the sequel to BurgerTime, but it never appeared in the arcades or on any other system, making it a must-have for Intellivision owners. The only setback is that it’s hard to find. 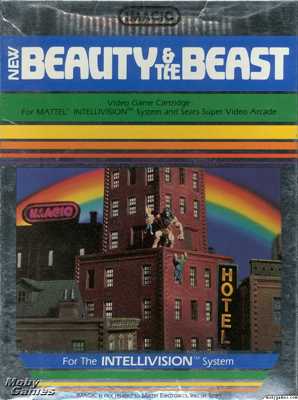 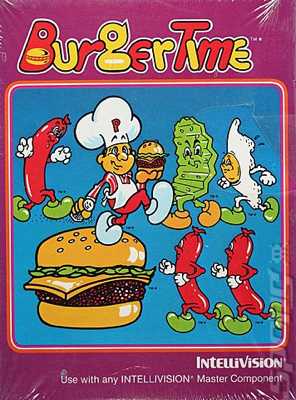 An extremely faithful port of Bally Midway’s 1982 arcade game, BurgerTime is seven screens (one up from the ColecoVision version) of ladder climbing, burger building action. Flourishes include no flickering (unlike the Coleco game), excellent controls, and an animated title screen. BurgerTime truly earned its role as the pack-in title with the Intellvision II (a cheaper, modified version of the original Intellivision). 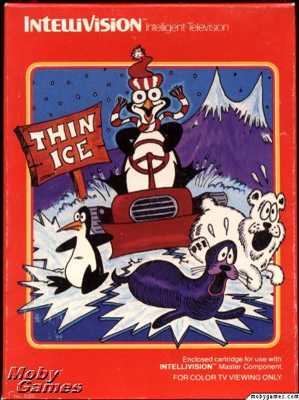 Borrowing gameplay mechanics from both Qix and Disco No. 1, Thin Ice is a truly delightful entry in the Intellivision library. Players guide Duncan the penguin as he skates around a frozen pond, drawing lines with his skates that weaken the ice. Duncan’s fiendish objective is to dunk (hence his name) a seal, polar bears and other penguins. Edible shrimp cocktails (which make Duncan faster) and a Zamboni machine that repairs the ice are icing on the proverbial cake. 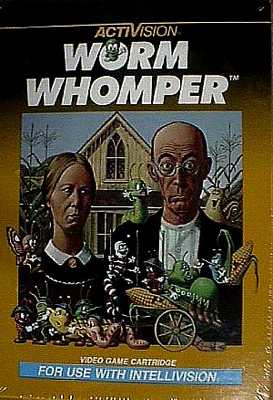 Fans of Missile Command and Centipede will love the surprisingly fast gameplay of Worm Whomper, which has players guiding a spray gun up and down the screen, shooting poison and plough balls (to the right) at hoards of slugs, bugs, snails and other creepy crawlies attacking Felton Pinkerton’s corn crop. Worm Whomper is a nice change of pace from the scores of slower, more methodical games in the Intellivision library. 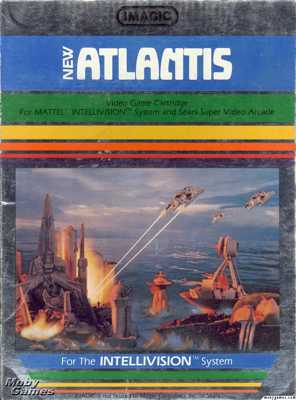 Gamers who have only played the Atari 2600 version of Atlantis are missing out. The Intellivision rendition is deeper and more enjoyable, thanks to the inclusion of a sentinel saucer, day-to-night transitions, and a gun sight that can maneuver all around the screen. The 2600 game is fun, but its point-and-shoot gameplay is far more simplistic. Atlantis is another winner from the good folks at Imagic. 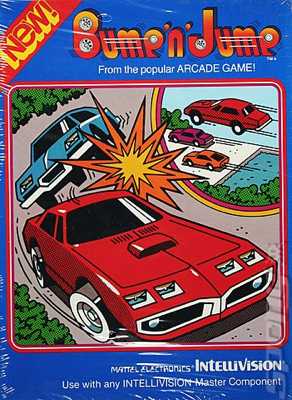 Bump ’n’ Jump is one of the great guilty pleasures of classic gaming. Players drive a car up the screen, trying to outrace computer-controlled cars. Sounds harmless enough, right? Wrong! The real fun of the game is in bumping into other cars, crashing them into roadside obstacles. Even more fun is jumping over waterways and on top of other cars. The Intellivision version of the game is an excellent port of the coin-op classic and even includes the dump trucks, which are absent from the ColecoVision version. 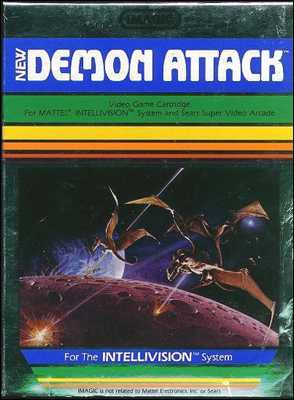 Demon Attack for the Intellivision isn’t necessarily better than the stellar Atari 2600 version, but it is an interesting game in its own right, adding nice backgrounds (of the earth and the moon) and a beautifully illustrated, Phoenix-like mothership to the demonic bird killing formula. Intellivision owners wanting a break from shooting hoops, hitting home runs, and scoring touchdowns should try the slide-and-shoot pleasures of Demon Attack. Imagic has another winner. 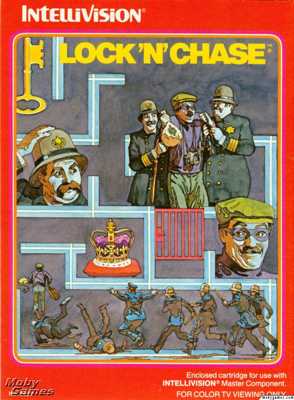 Lock ’N’ Chase takes the dot eating, maze roaming fun of Pac-Man and places it within a cops-and-robbers setting. A player-guided thief with four policemen on his tail runs around grabbing gold coins, locking doors behind him, when necessary, to throw the cops off his tail. Despite some graphical simplifications, the game is a nice port of the Data East coin-op semi-classic. 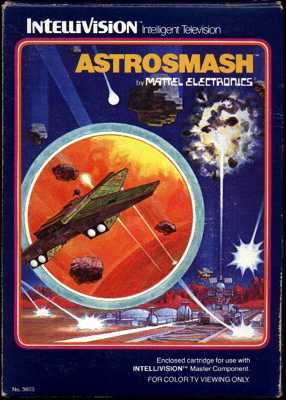 An amalgamation of Space Invaders and Asteroids, Astrosmash isn’t the most challenging game on the planet, but it is one of the best, most popular titles for the system. As rocks, spinners, missiles and UFOs, rain down from the skies, players shoot them down with a laser battery that operates along the bottom of the screen, losing points if the objects get past. Astrosmash was the first Intellivision game that could be paused, and, in late 1982, it replaced Las Vegas Poker & Blackjack as the pack-in title with the system.