This, the second installment of our firsts in video game history, includes some slightly more obscure (but important) firsts that have made contributions to the state of video games, and the industry which produces them today.

Although on the Atari 800, the game ‘Basketball’ was the first to feature an obviously black character that was playable. In the same year, ‘Atari Basketball’ was released to arcades but only in black and white. Because of this, the Atari 800 home system (which was, amazingly, in full color), broke the color boundary in more than one way.

Along came the rise in popularity of games programming in the 80s, and with this, along came the hackers. The arcade hit Pac Man (1980), was hacked and changed by a company called the GCC (General Computer Corporation). The high quality copy they had created was called Crazy Otto, but after showing Midway Games (the creators of Pac Man), it was bought, the sprites slightly altered and released as Ms. Pac Man. Much the same as Pac Man, minus the red lips and bow, Ms. Pac Man was the first female game character to be at the center of a video game, and to be the only character the player controls. They also changed the orange ghosts name from Clyde to Sue.

Donkey Kong on the arcade was released in 1981, and featured “animated” cut scenes, being movements of other objects in the game used as a transition. You can watch a video of the 1981 game being played and completed above. The cut scene is at the end. Also, the first game with interactive cut scenes, these being cut scenes where you could choose what to say, or press buttons to do actions was ‘Die Hard Arcade’ on the Sega Saturn in 1996.

1979 saw the release of the Intellivision, a second generation games console by Mattel. 125 games were released for the console as well as numerous peripherals, including a keyboard component, the “Entertainment Computer System”, and the “Intellivoice” – a voice synthesis device that added speech to the gaming experience, when played with certain games. Only 4 games truly supported the Intellivoice, the first being Space Spartans (1982), although all featured the voice as an integral part of the gameplay. Before this, no “human” voice had ever been put into a console game.

11
Console-based RPG
Dragonstomper for the Atari 2600

‘Dragonstomper’ was released for the Atari 2600, and published by Starpath. It is rated as one of the top 10 Atari 2600 games, and was the first real console RPG of its kind. The story is particularly clichéd, as with any RPG; you play a dragon hunter, ordered by the King to find a dragon, and retrieve an amulet. The game features random battles, item collection, quests and chances to increase the player’s stats to become stronger.

Today, swearing is as commonplace in games as it is in films and TV programs, with age ratings being used the same way. The first “swear” featured in a game was on the original arcade version of ‘Q*bert’ in which, when falling off the pyramid, a speech bubble appeared over Q*bert’s head with “@!#[email protected]!?” in it, while a loud noise played. The original idea was to have a speech synthesizer say “you have got 10,000 bonus points’ but after just ending up with “Bogus points” one of the creators just put incoherent text above his head and the loud noise was made by an internal coil that hits the interior of the wall of the machine.

The first game to feature the word “fuck”, uncensored was ‘The Orion Conspiracy’ (Windows, 1995). It was rated 18+ because of its frequent profanity, but also its use of the word homosexual to describe the hero’s dead son, another first in gaming.

[WARNING: the clip above contains appallingly bad video-game sex.] Not a lot can be said about ‘Custer’s Revenge’, the first game to feature nudity and sexual acts. Released for the Atari 2600, the player controls General Custer as he has to make his way across the screen, bearing a huge erection, avoiding arrows, in order to get to a tied-up, Native American woman, and rape her… The back of the packaging states, “She’s not about to take it lying down, by George! Help is on the way. By God! He’s coming”, while the manual says “If the kids catch you and should ask, tell them Custer and the maiden are just dancing.” As you can expect, the game came under opposition from woman’s rights groups, had an $11 million lawsuit filed against it, and is also labeled one of the worst games ever made.

It’s hardly surprising that this title goes to one of the greatest games in history; ‘Super Mario Bros’ on the NES. To date, this game has sold over 40 million copies worldwide; around 40,241,000 to be more precise. The character of Mario has, amazingly, appeared in over 200 video games, and the Mario game franchise, as a whole, was the first to sell over 100 million copies worldwide.

Play by play commentary, for people who don’t know, is used in sports games the same way it is used in sports in real life. It is consistent and varied commentary of a sports game, outlining things such as different players, scores and other information, all depending on the action. Joe Montana II: Sports Talk Football, on the Sega Mega Drive, was the first game to feature such commentary and Sega contracted Lon Simmons to do the voice. Their second game, ‘Sports Talk Baseball’ (in the same year) recycled many of the phrases and was more successful.

First film to be based on a video game franchise – 1993

‘Super Mario Bros’ the movie was released in 1993, starring Bob Hoskins as Mario and John Leguizamo as Luigi. The film tells the story of the two Italian-American plumbers living in Brooklyn, New York (yes you read that right), as Luigi falls in love with (Princess) Daisy, and the two brothers have to rescue her from a dystopian parallel world, where humans evolved as dinosaurs (yeah…). As was expected, the film received negative criticism for being much darker than the games, not to mention, nothing like them. Princess Daisy appeared, rather than Princess Peach (who has been in many more Mario games), Bowser is a humanoid descendant of a Tyrannosaurus Rex, not a fire breathing turtle, and Toad is represented as a reptilian, not a mushroom. Oh dear.

‘Rise of the Robots’ had the premise of a great game. It was the first to use motion capture technology to create fluid, real movement in characters. It used CGI sprites rather than pixel art for them, and the look of the game is well ahead of other games released around 1994. It was available on many home consoles, PC, and also as an arcade version. The game, however, received negative feedback (as most of the games to use new technology do), because it was considered “too easy”, as most enemies could apparently be defeated with a simple flying kick. Critics felt the makers had sacrificed gameplay for graphics.

‘Ragdoll Physics’ is the name given to a type of animation used in games to give a more authentic and less static death animation to a character. The term Ragdoll was used during the development, as the character tended to collapse with little joint or skeletal stiffness much like a toy ragdoll. This type of animation was developed quite recently (in the scope of the games industry), as it replaced the older style of death animation, which was just a number of sprites loaded in sequence, no different to any other part of the game. The machines needed huge amounts of processing power to employ the physics engine needed for this type of animation. ‘Jurassic Park: Trespasser’ (Windows) was released in 1998, and was the first game to feature this new technology. Although the game was considered awful, it was a milestone in game physics. Today, games such as Call of Duty 4, Fallout 3 and Grand Theft Auto IV use a modern type of ragdoll physics. 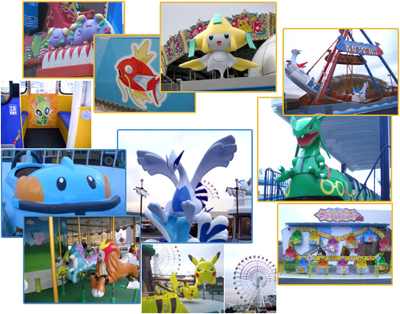 First game franchise to get its own theme park – 2005

This one remains a little bit ambiguous because the Pokémon series isn’t exclusively a video game series, although around 30 games have been made since the franchise’s release in 1996. The first ‘Poképark’ was built in Japan in 2005, with a second being built in Taiwan a year later, with rumors of one coming to the USA. Although both are now closed, they had attractions such as Lugia’s Spinning Ship, Pikachu’s forest, Pokémon Safari, Altomare Sightseeing boat, Mudkip’s splash adventure, and a Pokémon merry-go-round and Ferris wheel. 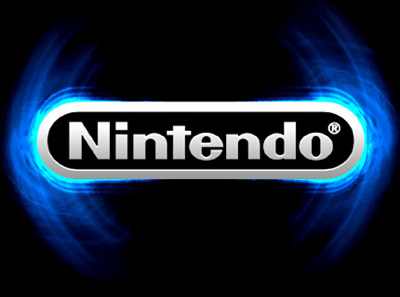 Nintendo is one of the longest running games companies, and has enjoyed huge success all around the world. It was founded in 1889, in Kyoto, by Fusajiro Yamauchi and made playing cards. Up until 1963, the company had tried various exploits including a taxi company, a food chain, a TV network and a love hotel, until it started making computer games in the 70’s. As of October, 2008, the company has sold 470 million hardware units, and 2.7 billion software units.

First marriage between man and a video game character – 2009

A man calling himself ‘Sal9000’ married a character from the DS game “Love Plus”. The clip above speaks for itself.