Before I begin my list of fast food national dishes, I openly admit being heavily influenced by Jamie’s previous list Top 10 National Dishes You Should Try. The difference here is that Jamie’s (awesome) list was about national dishes, some of which are very labour-intensive – trust me, moussaka takes several hours to prepare, whereas my list solely focuses on fast food. By the way, Jamie, thanks for that list, I had never heard of or tried Bigos or Kimchi before seeing them on your list. They are yummy! Special thanks to my beautiful Katie. Without you this list wouldn’t be half as good and you know it. 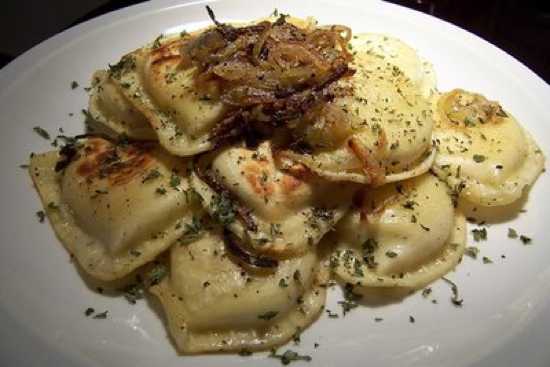 Eastern European food is getting more attention globally (just like Eastern European boxers, who dominate most boxing divisions from middleweight up to Heavyweight for the last 15 years, once the Iron Curtain collapsed and they finally made it in the pros), and with such delicious foods as Pierogi, I personally join the movement.

In reality it’s truly uncertain the real country of origin of this dish, since its origin is specified to be the wider area of Central and Eastern Europe, but I believe that in the western world, especially in Europe and the US, the Polish version of Pierogi is the most popular one.

Pierogi are dumplings of unleavened dough – first boiled, then they are baked or fried usually in butter with onions – traditionally stuffed with potato filling, sauerkraut, ground meat, cheese, or even fruit. Pierogi are served in a variety of forms and tastes (ranging from sweet to salty to spicy) in Polish cuisine, considered to be the Polish national dish. The Polish word Pierogi is plural; the singular form Pieróg is rarely used, as a typical serving consists of several Pierogi (and trust me, you can’t have just one). 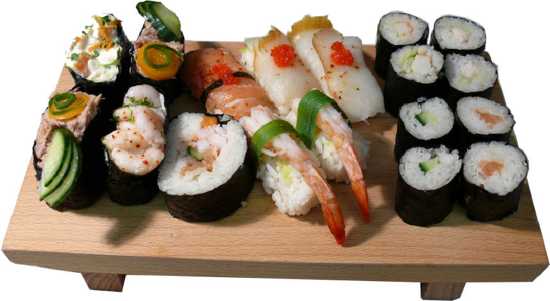 I don’t think there are many people nowadays who have not heard or haven’t tasted sushi. The common ingredient across all the different kinds of sushi is sushi rice. The variety in sushi arises from the different fillings and toppings, condiments, and their preparation. The same ingredients may be assembled in a traditional or a contemporary way, creating a very different final result. The increasing popularity of sushi around the world has resulted in variations, typically found in North America and Europe, but rarely in Japan. Such creations to suit the Western palate were initially fueled by the invention of the California roll. A wide variety of popular rolls has evolved since.

A friendly advice from me to whomever reads this list, try to avoid the kind of sushi which contains pufferfish fugu, it can cause severe poisoning if not prepared properly. The Emperor of Japan is forbidden to eat fugu, as it is considered too risky – he knows better, I guess. 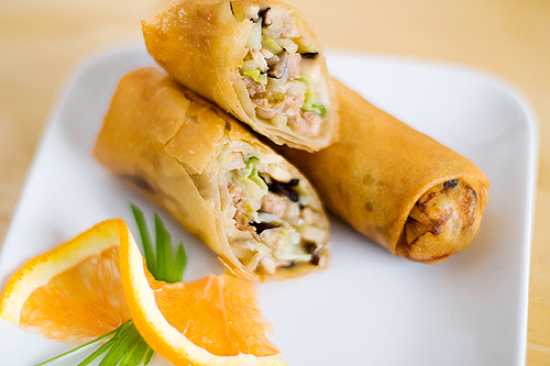 Spring roll is an umbrella term used in the Western world to describe disparate filled, rolled appetizers similar to the Chinese Chūn Juǎn (春卷, lit. “Spring roll”), from which the term was derived. East and Southeast Asian versions of “spring rolls” have different names depending on the place of origin, method of cooking, type of wrapper and filings. Spring rolls can be sweet or savory, baked or fried. Savory spring rolls are typically prepared with vegetables; baked spring rolls are usually larger and tastier!

Personally, I have eaten them in various Chinese restaurants and prefer the fried ones with chicken and veggies inside. Spring rolls are now very common (in the western world) as appetizers in many popular restaurants such as TGI Fridays and the Hard Rock Café, among others. 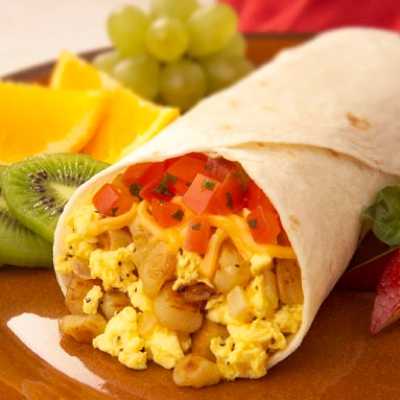 Not really popular in Europe, but still one of the most famous fast foods in North and Central America, Burrito definitely deserve a place in this list. Burrito, or taco de haring as they call it in Mexico, is one of the most famous Mexican foods. It consists of a wheat flour tortilla wrapped or folded around a filling. The flour tortilla is usually lightly grilled or steamed, to soften it and make it more pliable. In Mexico, refried beans or meat are sometimes the only fillings. In the United States, however, fillings generally include a combination of ingredients such as Mexican-style rice or plain rice, refried or regular beans, lettuce, salsa, meat, avocado, cheese, and sour cream, and the size varies, with some burritos considerably larger than their Mexican counterparts.

Unfortunately, due to the lack of Mexican fast food stores in Europe (at least in the three countries I have spent the biggest part of my life, Greece, France and Italy) I have not been exposed much to Mexican cuisine and the few Burritos I had in Taco Time of Glyfada, Athens, back in the 1990s – they were decent, but I bet were nothing like the ones in Mexico and US. Can we have more Mexican restaurants all over Europe please? 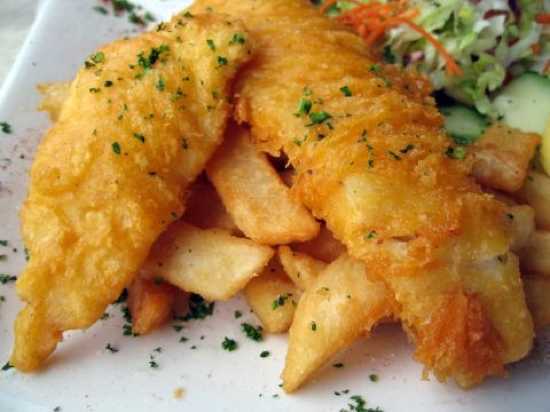 Easily the most famous British fast food, this is also a staple addition to the vast array of available take outs in Ireland, Australia, New Zealand and Canada (albeit originally English). Commonly referred to in the UK as the “chippy” this meal consists of battered fish which is deep fried and served with chips and doused with salt and vinegar! Today eating real fish and chips is usually classed as a must for tourists visiting the UK. Personal note – there was nothing like leaving a club in the early hours and eating fish and chips served in newspaper! This was a sure way to avoid a hangover… Damn the EU and its pesky health and safety laws! 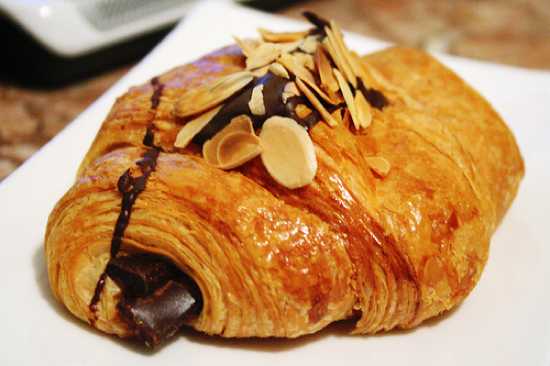 A croissant is a buttery flaky pastry named for its distinctive crescent shape. It is also sometimes called a crescent, from the French word for crescent. You can eat it for breakfast, you can have it for lunch or even dinner; you can have it either sweet (dessert) or savory. In the motherland of the specific food, France, croissants are generally sold plain and eaten without added butter.

In the United States, thanks to the Greek American community of Chicago and New York, sweet fillings or toppings are common, and warm croissants may be filled with ham and cheese, or feta cheese, tomatoes and spinach, just like in Greece, where croissants were originally classed as savory and were not only eaten as dessert or breakfast.

In Germany and Italy, croissants are sometimes filled with Nutella and in some Latin American countries; croissants are commonly served alongside coffee as a breakfast, or merienda. In Japan, croissants covered with a sweet glaze or filled with chocolate, are common in bakeries and convenience stores. Croissants are also seen in many former French colonies such as Morocco and Vietnam where, in the latter, they are called bánh sừng bò.

The only sure thing is that croissants are a global fast food nowadays that millions of people worldwide can enjoy on a daily basis. From personal experience, the two best croissants one can have are La Parisienne Almond Croissant and the ham & cheese croissant. 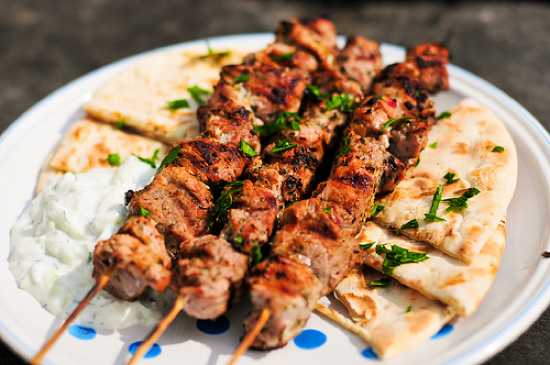 The Greek hamburger, well at least until the arrival of the actual hamburger! Souvlaki, has been around since the days of Aristophanes, Xenophon and Aristotle; that makes Souvlaki the most ancient and historic food of this list, easily. Souvlaki consists of small cubes of skewered grilled meat usually lamb or pork, often served in a pita bread, garnished with sliced tomatoes, onions with a serving of tzatziki (a cucumber-yoghurt-garlic mix). Commonly known outside Greece as “gyro” or “gyros,” since the 2004 Olympics it has become increasingly popular and is now served as far afield as China. However, regardless of how popular this has become worldwide, a real souvlaki will only be found in Greece – and trust me on this, I have done my research! 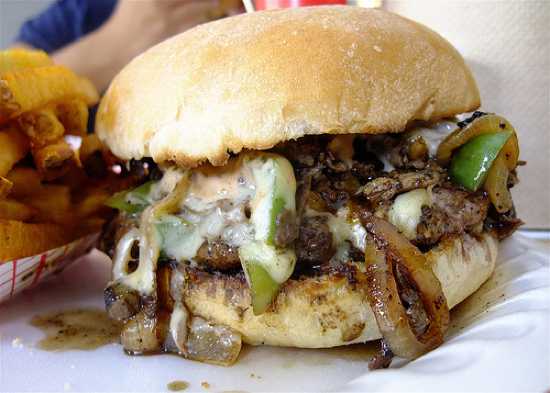 The term hamburger originates from Hamburg, Germany’s second largest city, and even though the history of hamburgers go back to 15th century Europe, these tasty ground meat patties really only shot to fame due to mass emigration to the USA. Usually made from high quality ground beef, served in a bread roll with various condiments, the hamburger gained international fame thanks to various American franchises such as McDonald’s, Wendy’s, Burger King, TGI Fridays and the British Hard Rock Cafés.

My three personal favorites: The Beefeater by Thomas Cook. The Jack Daniels Burger by TGI Fridays and the Legendary Burger by the Hard Rock Café.
The worst: The Big Mac! 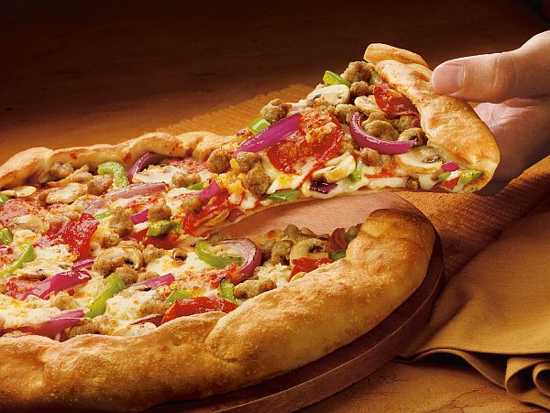 The national food of Italy, and my personal favorite! You see, the funny thing about Pizza is that if you truly want a good pizza, then you won’t find one in Italy. From personal experience (living two years in Pisa, Bologna and Macerata) I can honestly say I have eaten much better pizza elsewhere, and before nationalists complain – it was not for want of trying! I ate pizza in various restaurants and pizzerias across Italy and, honestly, the results were always the same. Okay, so maybe I exaggerate a little, but honestly, in my opinion, pizzerias in the US and Greece serve much better pizza than those in Italy. Again, this is my personal opinion, I mean no offense to Italians or Italian cuisine. All I am saying is that the biggest disappointment I experienced whilst living in such a beautiful and historic country… was its national dish! 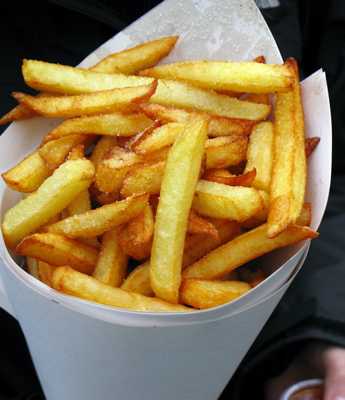 Clearly the winner and whoever denies this, is just delusional! I can understand there will be some difference of opinion regarding the other nine entries on this list, each will have his/her personal favorite. I also understand that some people will disagree with some of my choices as well, but I doubt there is a single person who has never tasted French fries. Some of the foods mentioned in this list are usually served with French fries (burger, souvlaki and fried fish – This alone proves the popularity of the humble French fry.

When it comes to Western pop culture, I think fries are the true king of the fast food – speaking in terms of popularity and preference. Interesting historical fact: Shortly after the May 1940 invasion of Belgium by the Wehrmacht, Hitler attempted to ban “French fries” because they were the central nutritional source of the Belgian resistance due to their simplicity and availability.