There’s a list here on Listverse of performers who died on stage, and there is a growing list of actors who died during the filming of a motion picture (Vic Morrow, John Candy, Brandon Lee, etc). This list, however, deals specifically with a TV series in which an actor dies in real life, and whose character also dies and is written out of the show, with the expectation that the show continues on without them. Some shows managed a little while, others came to a screeching halt, others have continued on, mostly depending on the role played.

Obviously the shows listed here are U.S.-based TV shows. I’m sure there are probably shows in other countries that had actors die and be written out of the show. I came close to adding Ronnie Barker, but the show he was involved with at the time of his death was a compilation of previous comedy skits with the other Ronnie (Corbett), and technically played himself most of the time. I had a hard enough time finding some of these in the list – you’re welcome to add your own. I’ve arranged these in the order of “star” power; the closer the actor was to the center of the scene, the higher up the list. 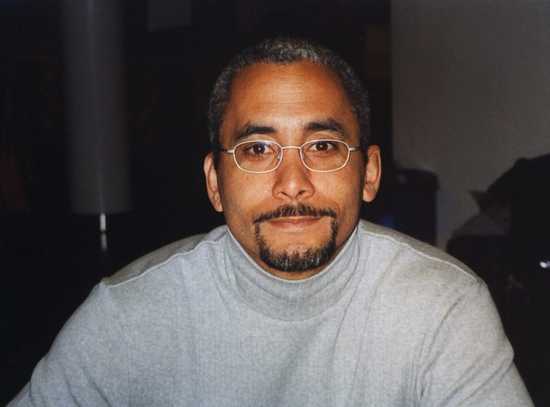 Biggs was a regular supporting actor on the show. He died from complications following an aortic dissection on May 22, 2004, (the same condition as #1 only 6 months prior). In the show, his character was killed in an unseen traffic accident. The show continued until 2006. 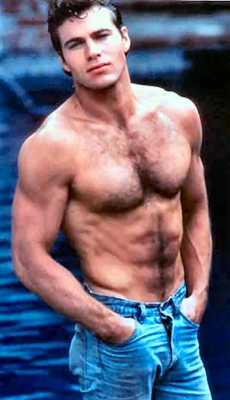 Hexum played Mac Harper, a former Marine hired by Dani Reynolds (Jennifer O’Neill) to locate her husband. Hexum appeared in only seven episodes. On October 12, 1984, while joking between scenes, Hexum took a blank-loaded .44 Magnum and pointed it at his head and pulled the trigger. Despite being a prop gun with blanks, the wadding was fired with enough force to send skull fragments into Hexum’s brain, causing massive hemorrhaging. He was taken off life-support six days later. Australian actor Antony Hamilton was brought in to play another member of Harper’s team, stepping in while Harper was away on assignment. Later, it was revealed that Hexum’s Harper character was killed in action. The show was cancelled after the one season. 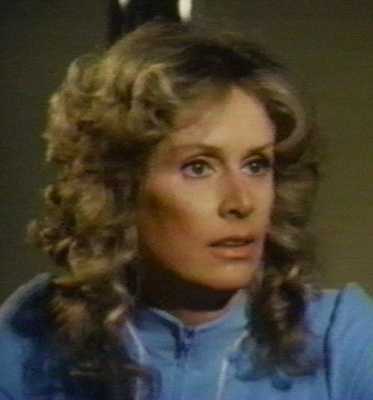 Hyland played Joan Bradford, wife to Tom Bradford (Dick Van Patten) and mother to eight children. Diana played in only four episodes of the first season before falling ill. She was diagnosed with breast cancer and died March 27, 1977, 12 days after the first episode aired. She was written out of the remainder of the first season, and at the beginning of Season 2, Tom was a widower who later remarried.

Interesting note: Hyland was dating John Travolta at the time of her illness, and died in his arms. 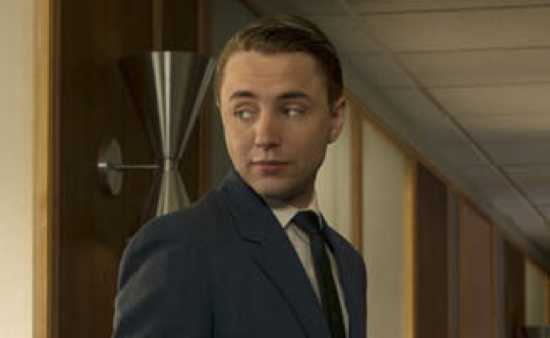 Allport played a brief supporting role as Andrew Campbell, father of ad man Pete Campbell (Vincent Kartheiser) in Season 1 of this series surrounding a New York ad agency in the early 1960s. Allport, an avid hiker, was one of three people killed January 28, 2008, by avalanches near Mountain High, a ski resort near Wrightwood, in the San Gabriel Mountains east of Los Angeles. Near the beginning of Season 2, while the agency looked to woo American Airlines as a larger client, a plane crash involving the airline proves a public relations nightmare. Pete suggests to American Airlines that the agency has someone who knows the airline’s pain, revealing that his father was one of those killed in the plane crash.

Conrad played officer Phil Esterhaus, who ended each roll call on the show with “Let’s be careful out there.” The part earned Conrad two Emmy Awards for Outstanding Supporting Actor in a Drama Series (1981, 1982). In November 1983, during the fourth season, Conrad died of urethral cancer. In the episode “Grace Under Pressure,” the character Phil Esterhaus dies while making love to Grace Gardner (a recurring character played by Barbara Babcock), leaving the precinct in shock. 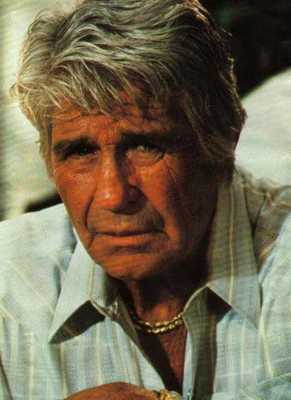 Davis played Jock Ewing, patriarch of the Ewing oil family, and father to J.R. (Larry Hagman), Gary (Ted Shackelford) and Bobby (Patrick Duffy). Davis appeared in 75 episodes from Seasons 1-3, working as much as he could despite his diagnosis with multiple myeloma and the subsequent chemotherapy. As the third season progressed, his condition required him to be seated and at times wearing a wig. A storyline had Jock separating from his wife, Miss Ellie (Barbara Bel Geddes), then reuniting for an extended second honeymoon at the end of the third season which kept Davis off-screen. Davis died April 26, 1981, while Season 3 was still on the air. Rather that write him out of the show immediately, Jock Ewing was kept in the story for another 13 episodes, away in South America exploring for oil. Jock Ewing “died” in a helicopter crash in the episode “The Search,” which aired January 8, 1982. 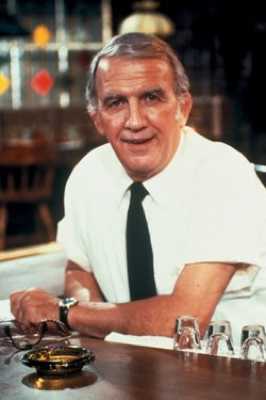 Nicholas played Ernie “Coach” Pantusso, a regular congenial character on “Cheers” for the first three seasons. Colasanto died of a heart ailment February 12, 1985; his last episode was “Cheerio, Cheers.” The hugely successful show continued on for another eight seasons (11 total). Rather than write Coach directly out of the show, Coach’s character was continually referred to over the course of the show. His absence was attributed to some excuse, either he was away visiting or otherwise doing something away from the bar. Colasanto appeared in the credits all the way to the end of Season 3. He wasn’t replaced directly, but Woody Harrelson joined the show to fill the void. Colasanto had a picture of Geronimo in his dressing room which had special meaning to him; the cast and crew displayed the picture on the main set in his honor. At the end of the final episode, Sam (Ted Danson) silently pauses to straighten the picture on his way out of the bar. 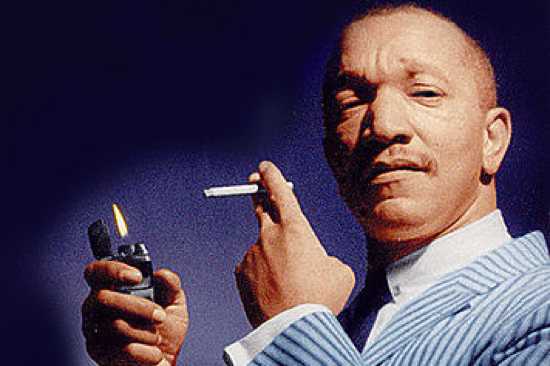 Most notable for his role in “Sanford and Son,” Redd was looking for a comeback with this new series. The show centered around Alphonso Royal (Foxx) and his wife Victoria (Della Reese), a couple hoping for a quiet retirement until interrupted by their daughter Elizabeth and her three children. During rehearsals on set, Foxx collapsed. It was first thought it was part of the character’s act, but Foxx’s heart attack was real, and fatal. By then, seven episodes had been completed with favorable ratings. The immediate thought was to cancel the show, but it was decided to continue with Al’s character written out and cast changes to keep up the show. After 15 episodes and declining ratings, The Royal Family was cancelled. 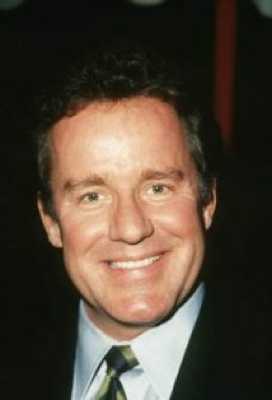 Hartman played Bill McNeal, a news co-anchor at TV station WNYX. Hartman was shot to death by his wife, Brynn, on the morning of May 28, 1998, who afterward committed suicide. “NewsRadio” had completed four seasons by this time. At the beginning of the fifth season, the character Bill was revealed to have had a heart attack. As a “dying wish,” Bill left notes for each of the other characters to be read on his passing.

At the time of his death, Phil Hartman made guest appearances on “3rd Rock from the Sun” (as Vicki’s ex-lover) and “The Simpsons.” Hartman voiced various characters over 54 episodes of the latter, including recurring character Troy McClure (a washed-up actor). McClure appears for the last time in the episode “Bart the Mother,” which aired four months after Hartman’s death – the episode is dedicated to him. 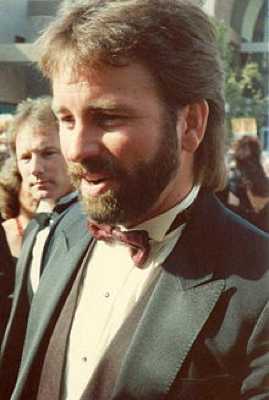 Ritter played the main character, Paul Hennessy, a sports writer prompted to play a more active role as dad to his two teenage daughters and son. During rehearsal for the fourth episode of the second season, Ritter complained of discomfort, and he was taken to the hospital. He died September 11, 2003, as a result of an aortic dissection (a tear in the aorta causing blood to flow and force the layers of the heart apart), thought at first to be a heart attack. In the show, Paul collapses in a grocery store, supposedly of a heart ailment. A one-hour episode titled “Goodbye” aired November 4, 2003, dedicated to Ritter. The show continued, with the plot working around the death of Paul. Despite moving to different timeslots and the introduction of new actors (Suzanne Pleshette, James Garner and David Spade), the ratings continued to slide, and eventually the show was cancelled after the third season in May, 2005.

Interesting note: Ritter also voiced the title character of the animated series “Clifford: The Big Red Dog.” By the time of his death, Ritter had completed 68 television episodes and work on the feature movie, which was released posthumously. PBS had just debuted “Clifford’s Puppy Days” before Ritter’s death, a serendipitous continuation of the Clifford legacy. 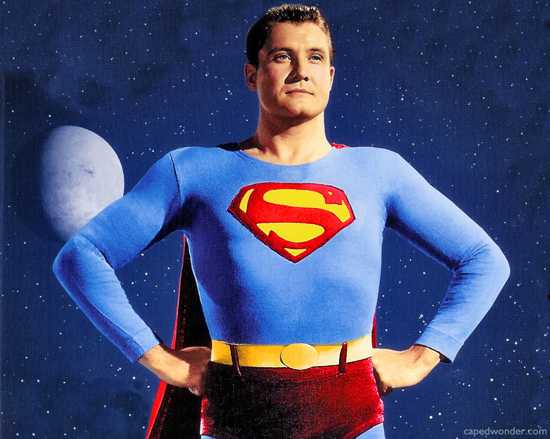 Reeves became synonymous with Superman, playing the title character throughout the series. Hamilton played Perry White, the editor of the ‘Daily Planet’ newspaper. On October 15, 1958, Hamilton died of a heart attack, age 71. His death threw a wrench in plans to continue the series through 1960. Pierre Watkin was brought in to play the brother of Hamilton’s character. Then on June 15, 1959, Reeves died of an apparent self-inflicted gunshot wound to the head, although the circumstances of his death has aroused controversy and conspiracy since. Still, producers hoped to continue with the show. Their idea was to focus more on Superman’s pal Jimmy Olsen (played by Jack Larson) using stock shots of Reeves and stand-ins for behind shots. Larson rejected the idea out of hand, and the show was basically over. (Larson reprised the role in 1996, as an aged Jimmy Olsen, in one episode of “Lois & Clark: The New Adventures of Superman”).