We all make bad decisions. Fortunately our decisions don’t usually cause continent-wide destruction. Here are the most catastrophic decisions of the twentieth century. I think you’ll find a few surprises.

10
Bombing of Hiroshima and Nagasaki 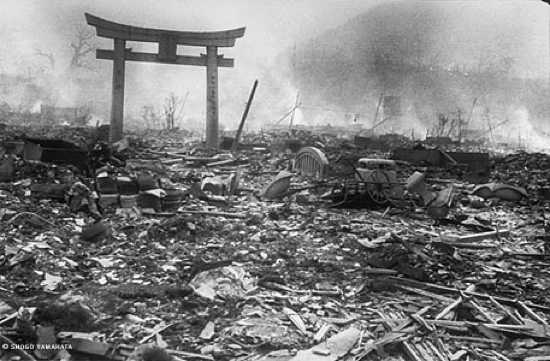 Though Harry Truman was under extreme pressure to end the war and reduce American casualties I think his decision to drop two atomic bombs on August 6th and August 9th, 1945 was in error. The Japanese were already defeated. According to Army Air Force General Henry H. (Hap) Arnold, “It always appeared to us, atomic bomb or no atomic bomb, the Japanese were already on the verge of collapse.” President Eisenhower declared in an interview with Newsweek: “…the Japanese were ready to surrender and it wasn’t necessary to hit them with that awful thing.”

9
Elite within the Democratic Party 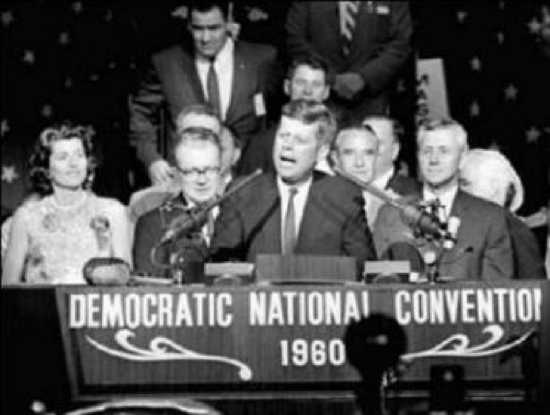 Bad move. In the late 1960s and early 1970s the so very lofty upper-class took control of the Democratic Party. Since then the Democrats rarely win elections, no matter how stupidly the Republicans behave. Tragically some thought this new elitist Democratic Party would be pro-peace. In fact the Democrats are more war-like than ever, only now the wars are even more pointless. (Example: our invasions of small Muslim nations.) What happened to Democrats that stand up for working people? 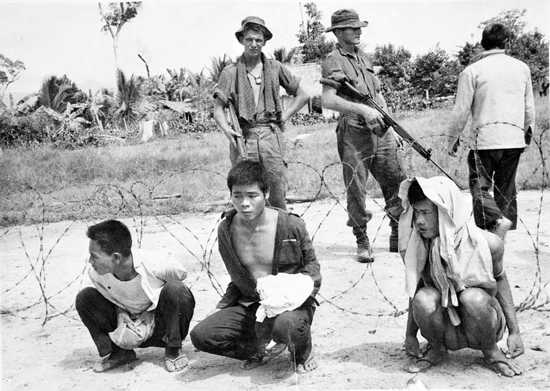 General MacArthur said that any defense secretary who advises the president to fight a land war is Asia should “have his head examined.” Unfortunately this is just the advice Defense Secretary Robert McNamara gave to President Johnson, and troop levels rocketed upward in the mid-1960s. The war suited the enemy. No domestic opposition was permitted in Vietnam so the government didn’t have to worry about public opinion. Vietnam possessed a large population that could hide from American firepower in the dense jungle. In contrast, the United States media often criticized the war effort. Americans don’t like high casualties, especially not in an interminable war half way around the world. 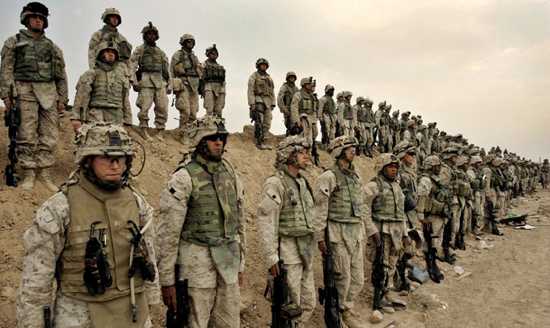 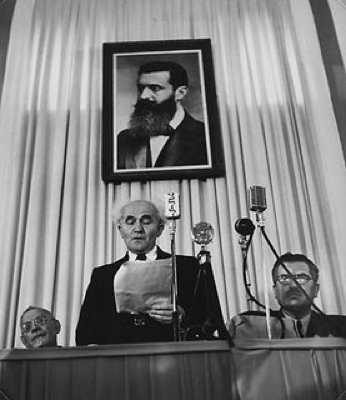 After World War II, many Jews fled to Palestine and established the new nation of Israel, thus antagonizing a huge new set of people – the Muslim community which now numbers about 1/5 of the world’s population. Hitherto Muslims had been particularly anti-Jewish, but after the Zionists massacred villages and forced the original population to flee, Muslims turned against the Jews. It would have been far preferable for Jews to migrate to any of the English-speaking nations. 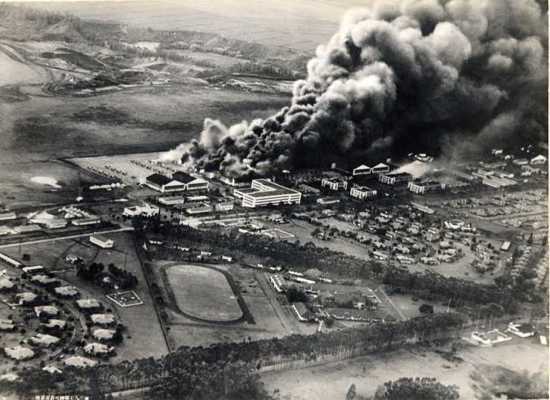 The December 7th, 1941 attack on Pearl Harbor was madness. What’s startling is that Admiral Yamamoto, who planned the attack, knew very well Japan could not possibly win a protracted war against the United States. The U.S. possessed a far larger population and greatly superior industrial strength. Though his staff celebrated on December 8th, Yamamoto was sunk in depression. 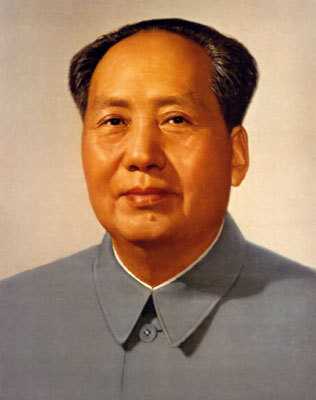 If only the decision had been made to remove Chairman Mao from power! The long-suffering Chinese people would have been spared the Great Leap Forward (actually Backward), the Great Famine of 1958-1962, and the Cultural Revolution. Just one of Mao’s bright ideas during the Great Leap Forward: his plan to exterminate sparrows. He thought the sparrows consumed primarily grain, where in fact they consume a lot of insects. With the sparrows gone the locust population exploded, causing immense ecological damage. 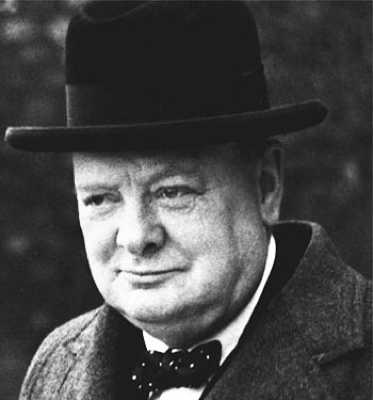 Winston Churchill never should have issued a guaranty to Poland in 1939, which led to war when Germany invaded Poland. As esteemed American diplomat and historian George Kennan wrote: “the British guaranty to Poland … was neither necessary nor wise.” The British and French didn’t have the power to save Poland from Germany. Churchill’s foolish guaranty only benefited Stalin, who was happy to see Germany, France, and Britain destroying one another. Stalin had killed millions of his own people in his vast system of prison camps and the engineered famine of 1932-1933 (the Holodomor). Churchill I think should be singled out as the single worst decision-maker of the century. As First Lord of the Admiralty he energetically banged the drums for war as Britain pondered whether to enter World War I. Churchill also deserves a great deal of blame for the disastrous Gallipoli campaign. Churchill as Chancellor of the Exchequer oversaw the catastrophic return of Britain to the gold standard, which helped bring about the Great Depression.

2
The Treaty of Versailles 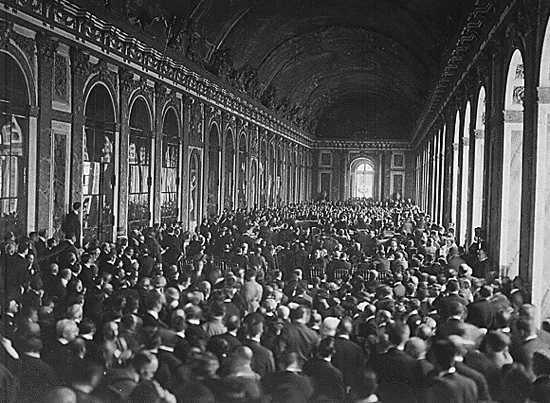 Prime Minister Clemenceau perhaps deserves the most blame for the vindictive Versailles Treaty (signed 1919) though some of his compatriots thought him too generous. Despite promises made to the Central Powers, territory was parceled out by the victors regardless of the wishes of the inhabitants. Germany was saddled with huge reparations payments, impossible to pay. Economist John Maynard Keynes wrote of this decision: “I believe that the campaign for securing out of Germany the general costs of the war was one of the most serious acts of political unwisdom for which our statesmen have ever been responsible.” The Central Powers were unfairly forced to accept sole responsibility for the war. Keynes concluded that the Versailles treaty was a “Carthaginian peace.” Versailles vengeance sowed the seeds for World War II.

1
British Involvement in World War I 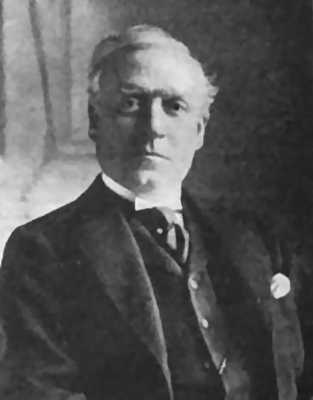 In 1914 Prime Minister Asquith and Foreign Secretary Sir Edward Grey decide to involve Britain in World War I, although it was France and Russia – not Germany – that threatened the British Empire. British policy called for an alliance against the most formidable continental power, but long-term was Germany alone so overwhelmingly superior to both France and Russia? If Britain had not send troops the war would have ended within a year. Europe would have been spared one of its greatest nightmares – the millions that died from machine gun, cannon, disease, poison gas, and starvation. The rise of the Bolsheviks in Russia, with all its attendant misery, and the atrocities of World War II would also have been avoided. Instead of the Great War we would have had the relatively minor War of 1914, and Europe would never have descended into the depths of despair and decadence from which they still haven’t entirely recovered.