Since their humiliating loss in the Franco-Prussian War in 1871, the French have gained a reputation for being continual losers on the field of battle. This view has been especially prevalent among Americans, where it is an article of faith that France was so militarily incompetent that the USA has had to bail them out in two world wars. The French have been mercilessly pilloried in American popular culture, where the term “Cheese-eating surrender monkeys” became particularly popular after French criticism of the invasion of Iraq. But does this actually hold true? Granted, their military record in the 20th century is not an encouraging one. They were on the winning side in World War I, but lost so much blood and treasure in the process it can hardly be called a victory. They were humiliatingly defeated by Germany in a few short weeks in 1940 and spent 4 years under occupation. And they were comprehensively defeated in Indochina by the poorly-armed guerrillas of the Viet Minh during the 1950s. However, the picture is not entirely gloomy. The French may not have won too many wars, but they managed to win a few individual battles along the way. Here are 7 battles the French did win during the 20th century. 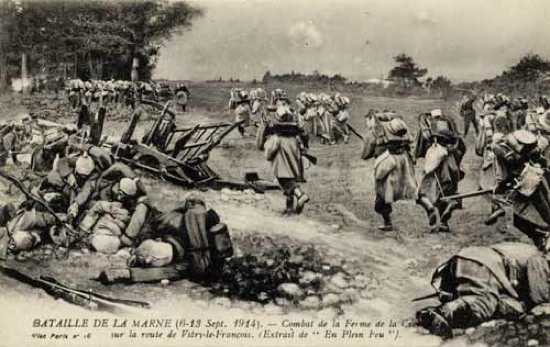 Undoubtedly the most significant French victory of the war and one which changed the course of it significantly. Between the 5th and 12th of September 1914, the French (with some British help) stopped the previously invincible Germans in their tracks and saved Paris. In a brilliantly planned counter-offensive, General Joseph Joffre exploited a weakness on the German right flank and pushed his forces between two German armies, casing the German offensive to break down in confusion. It was still a hard-fought battle, at one stage reinforcements for the French were brought from Paris in taxis, a feat which has become a major rallying point for French patriots ever since. However, the Germans came close to being surrounded and had to withdraw, effectively ending their chances of capturing Paris. They changed tactics and set themselves up for a war of attrition which would last for four bloody years. However, there is no doubt that the “Miracle of the Marne” saved France from certain defeat in 1914, and as such has assumed a sacred status in the annals of French military history. 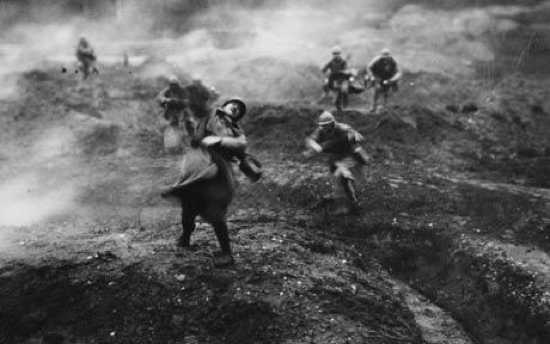 Generally not considered a victory because of the enormously high losses on both sides, the fact is that the German offensive around Verdun failed to secure its twin objectives of capturing the city and inflicting crippling losses on the French. The city remained in French hands and French losses were not much higher than the Germans’ own. Along the way the French soldiers showed tremendous character and resolve to hold on even after the Germans seized the key forts of Vaux and Douaumont and inflict huge punishment on the German forces who paid heavily in blood for each metro they advanced. The battle comes to seem much more like a French victory when one considers the two little-known offensives which the French conducted in late 1916 and 1917, successfully recapturing virtually all the German gains and capturing some 11,000 German prisoners. Verdun has been described as France’s Stalingrad, which effectively captures both the horrendous slaughter and the refusal of the defenders to yield. 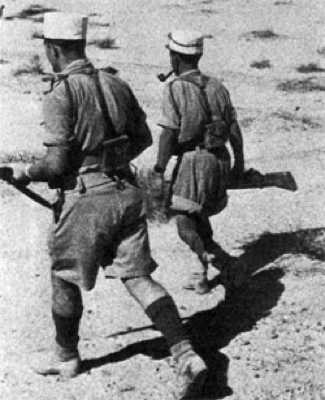 After the fall of France in 1940, from exile in Britain, Charles de Gaulle rallied remaining French forces from around the world to form the Free French Forces. The first significant campaign for the Free French came in North Africa, where they fought first against their own Vichy countrymen, then against the Germans and Italians. In May 1942, the Free French came up against the might of Rommel’s Afrika Corp at Bir Hakeim, an oasis in the Libyan desert. Defending an old Turkish fort, the 1st Free French Division under General Marie Pierre Koenig held off the much larger German and Italian force for 14 days, before successfully evacuating under cover of darkness on 11 June. The action was significant because it delayed Rommel long enough for the British to re-group their forces. Although Rommel succeeded in capturing Tobruk 10 days later, Bit Hakeim and other delaying actions were successful in giving the British the vital time needed to pull together the forces which eventually defeated Rommel at El Alamein in July. The Bir Hakeim action was trumpeted by De Gaulle as an indication that France was not out of the war and was still a force to be reckoned with by the Germans. Hitler was infuriated by the French actions and ordered Rommel to execute all Free French prisoners. Rommel ignored the order and the Afrika Corps continued to treat Free French prisoners as legitimate POWs, which reinforced the Free French assertion that they were a genuine army and not simply a group of partisans. 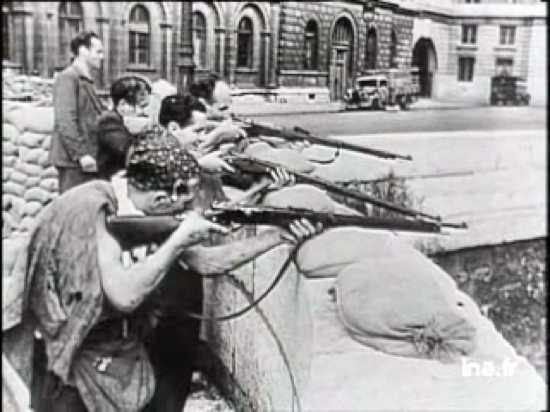 On 19th August 1944, after more than 4 years of occupation, the French Resistance rose up to throw off their German oppressors. Anticipating the imminent arrival of the Allies, the Forces françaises de l’intérieur (FFI) launched a street by street campaign against the Wehrmacht, Numbering 20000, with only a few being armed, they nevertheless barricaded streets, dug trenches, attacked isolated German outposts and bombed German vehicles. The Germans fought back, and an infuriated Hitler ordered Paris destroyed. However, the closeness of the approaching Allies was playing on the Germans’ minds, and they were unable to co-ordinate a concerted campaign against the rebels. Some 800 Resistance fighters were killed, another 1600 wounded, but the survivors were able to hang on until the French 2nd Armoured Division swept through the remaining German defences and entered the city to a delirious reception on 24 August. The Germans surrendered the next day, opting not to carry out Hitler’s destruction order. It was perhaps the only significant French victory of the Second World War, but it is nevertheless one that the French have proudly celebrated ever since. 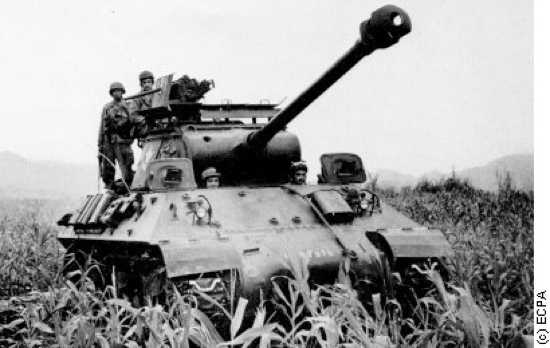 Although the French campaign to defeat the Viet Minh in Indochina is generally regarded as a great military disaster, the French military did win some significant encounters along the way. Much like the Americans a decade later, the French usually proved too strong when the Viet Minh unwisely chose to fight in open battle rather than adhering to guerrilla tactics. Such a battle occurred in January 1951, when General Giap decided to make a major strike at Hanoi and chose to attack the French at Vinh Yen, 65 kilometers northwest of the city. The French had just brought in one of their most respected generals, Jean de Lattre de Tassigny, to bolster their flagging campaign, and he saw an immediate chance to strike a blow against the Viet Minh. He was flown in on 14 January to personally take charge of the Vinh Yen garrison. He ordered successful counterattacks against the Viet Minh, driving them back from territory that they had captured and then ordered the largest napalm attack of the war. Devastated, the Viet Minh tried to fight back, but by 17 January, Giap admitted defeat and the remaining Viet Minh fled for their mountain strongholds. Ultimately the Viet Minh learnt they could not defeat the French in open battle and returned to their successful guerrilla tactics, until the great disaster of Dien Bien Phu in 1954 ended the French campaign 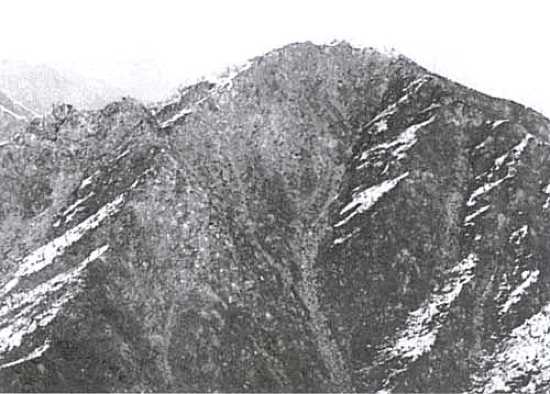 Due to their commitments in Indochina, the French sent only one battalion to fight with the UN in Korea. However, the specially-formed battalion of active and reserve soldiers proved to be one of the better units in the UN force and won praise, especially from the Americans, for their heroics in several battles, particularly in the month-long battle of Heartbreak Ridge in September and October of 1951. In conjunction with an American regiment, the 23rd, the French were ordered to make a near suicidal attack up a heavily defended ridge. They reached the top after sustaining heavy casualties, but then had to endure repeated counter-attacks by the North Koreans. The battle grew larger in scale, drawing in American tank regiments and South Korean soldiers for the Allies, and Chinese troops on the Communist side, but it was the French who finally delivered the coup de grace, capturing the last Communist position on 13 October. The French battalion lost several hundred men, and were awarded a distinguished unit citation, one of 3 they won in the course of the war, from the grateful Americans. 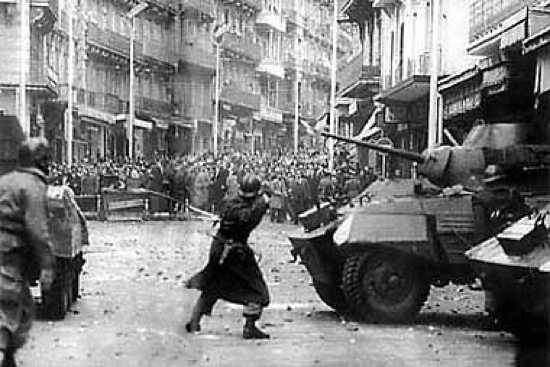 In late 1956, the National Liberation Front (FLN), seeking an end to the French occupation of Algeria, began a series of hit and run attacks against French forces in the capital of Algiers. The French government decided to deploy major elements of the French Army to Algiers to combat the rebels. Under the command of General Jacques Massu, the force was given carte-blanche to end the uprising any way they saw fit. Massu obliged, making use of torture and summary executions in his efforts to terrify the FLN into submission. While this largely didn’t succeed, the well-trained French military did succeed in wiping out most of the FLN strongholds in Algiers, and on September 24, they captured Saadi Yacef, one of the FLN’s key leaders. This effectively ended the Battle of Algiers, but the FLN retreated to the countryside and successfully employed guerrilla tactics until the French succumbed to the increasing unpopularity of the war at home and granted Algeria independence in July 1962.