Facts are the life force of Listverse. We even have an entire category dedicated to it. In this list we look at ten new facts that have never featured here before – facts that will help us to seem much smarter to our friends when we pop them out over a few drinks or at the dinner table. Please use the comments to share other fun facts with the other readers – especially facts which haven’t appeared on lists before. 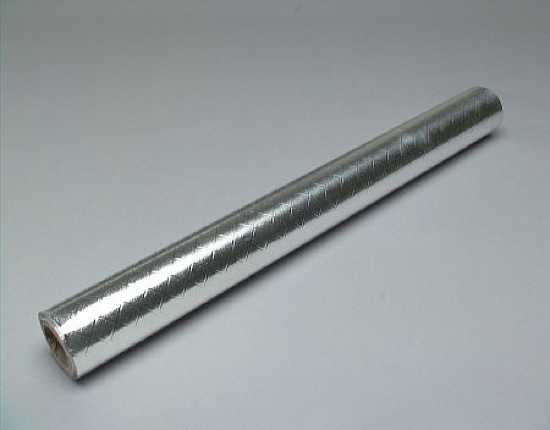 First of all, almost no one uses real tin foil these days. The stuff we all call “tin foil” is actually aluminium foil. Originally foil was made of tin but it gave (not surprisingly) a tin flavor to whatever it touched. It was heavier than modern aluminium foil, which has its benefits but not enough to keep it going strong in our kitchens. Aluminium foil began to surpass tin foil after World War II but it had been available since 1910 when it was first produced by “Dr. Lauber, Neher & Cie.” a Swiss company using the force of a waterfall to drive the foil making machinery. Its first use in the US was as a wrapper on Life Savers candy in 1913.

Interesting Fact: Tin foil was used to fill cavities in teeth before the 20th century. If you have fillings today and have ever chewed a piece of aluminium foil, this fact should make you squirm!

9
Show Me The Money 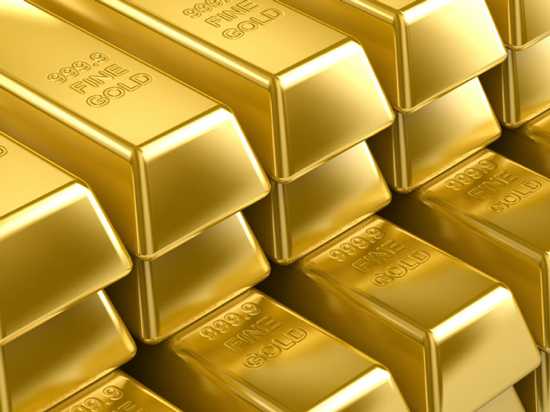 Everyone knows that most of the gold held in reserve in the United States of America is stored at Fort Knox right? Actually, it isn’t. In reality, most of the gold in the US is stored at the Federal Reserve Vault at Wall Street in New York. Another interesting fact is that most of that gold doesn’t even belong to the US – it belongs to foreign accounts! Given the state of the US dollar at the moment maybe the US government should nationalize it all in what would probably be the largest gold theft in history! “The long procession [of children] soon left the town and made its way through the wood and across the forest till it reached the foot of a huge mountain. When the piper came to the dark rock, he played his pipe even louder still and a great door creaked open. Beyond lay a cave. In trooped the children behind the pied piper, and when the last child had gone into the darkness, the door creaked shut.” This is an excerpt from the famous Grimm brothers version of the very famous tale of the Pied Piper in which the small German town of Hamelin loses all of its children to the Piper when the mayor refuses to pay him for ridding the town of rats. You may be very surprised to know that it is a true story! Well – largely true – some bits are exaggerated. Here is a quote from the wall of the “Piper’s House” in Hamelin today: “In the year of 1284, on the day of Saints John and Paul, the 26th of June, 130 child­ren born in Hamelin were seduced by a piper, dressed in all kinds of colours, and lost at the calvary near the koppen.” Many theories abound as to the factual events of that day but the most logical seems to be that the piper represents death (death was depicted as a skeleton wearing pied clothing in the middle ages) and that the children who died were killed by the plague.

Interesting Fact: “Pied” means “having two or more colors.” The word comes from middle English and is taken from the word “magpie.” Thus, the pied piper was a man wearing clothing of many colors. We’ll cut to the chase on this one. The famous “three kings” from the Biblical birth of Christ narrative weren’t:

1. Three in number (the number isn’t mentioned at all).
2. Kings (they were “wise” men) – this probably comes from Psalm 71:11 (72:11 in protestant bibles): “And all kings of the earth shall adore him: all nations shall serve him.”
3. Trotting about on camels.

The actual narrative (Matthew 2:1–2) merely says: “When Jesus therefore was born in Bethlehem of Juda, in the days of king Herod, behold, there came wise men from the east to Jerusalem.” It says a little later that they offered Him gifts of “gold, frankincense, and myrrh” – but that is about as specific as it gets.

Interesting Fact: The Catholic Bible (based on the Septuagint – Greek edition used by the Apostles and Christ) uses a different numbering system to protestant Bibles (based primarily on later Jewish editions of the Bible). This can be very confusing when looking up quotes (as you can see above). 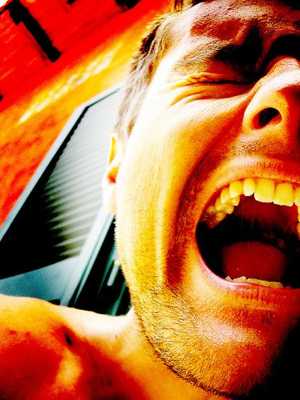 A human penis does not contain a bone – it becomes erect by filling the sponge-like material in the penis with blood. Despite this, it is possible (in a sense) to break this vital part of your body. A sudden blow to the penis or sharp shock or bending can break the fibrous tissue that contains the spongy material (called the corpora cavernosum). Unfortunately (and rather embarrassingly for many men every year) this requires a trip to the emergency room as only surgery can repair a broken penis. Left uncorrected a man can no longer have an erection. 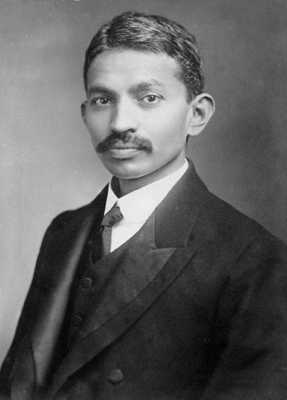 Gandhi was not always the peaceful man he is well-known for being – in fact, he was never a pure pacifist in that he allowed for violence as a last resort. In his middle ages he volunteered to fight in three wars: The Boer War, The Zulu War, and World War I. Furthermore, after an attack by Muslims on Hindus he approved of the government’s order to shoot ten Muslims for every Hindu that was killed. In a famous statement about independence, Gandhi said: “If a fight is inevitable I would expect every son of the soil to contribute his mite… I would not flinch from sacrificing a million lives for India’s liberty.” [Source]

Interesting Fact: During the freedom struggle, he wore nothing but a loin cloth, but for years he lived in London and used to wear a silk hat and spats and carried a cane (as seen above). South Korea is famous for its consumption of dog meat – but did you know that it is a popular staple in many other countries (and not just in Asia!). Dog meat is regularly consumed in China, Vietnam, Nigeria, Tonga, Japan, Taiwan, India, and, perhaps most surprisingly for most reading, Switzerland. In Switzerland, gedörrtes Hundefleisch is a dish of very thinly sliced pieces of dog and Hundeschinken is salted raw dog meat. Two cantons have a particular specialty dish of cured dog sausages. It is actually illegal to commercially produce food from dogs for human consumption, but it is not illegal to produce and consume it yourself. 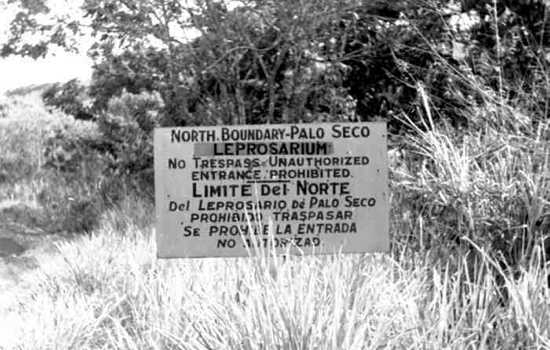 Contrary to popular belief, leprosy does not cause rotting flesh or the loss of limbs. It is actually a disease (now called Hansen’s disease – so named after Gerhard Hansen a Norwegian physician who discovered the leprosy bacteria) that damages nerve endings and effects the skin. Because of the numbness caused by leprosy, a sufferer can be unaware of harming himself accidentally. It is this accidental harm that can lead to infections and, consequently, the loss of limbs. Leprosy has been treatable since the 1930s but to this day there remain leper colonies in some nations such as India, Japan, and China.

Interesting Fact: Armadillos also carry leprosy and can transmit it to humans. 95% of humans are naturally immune to the disease, and the remaining 5% – if infected – can be easily and successfully cured of it.

2
Drink and be Merry 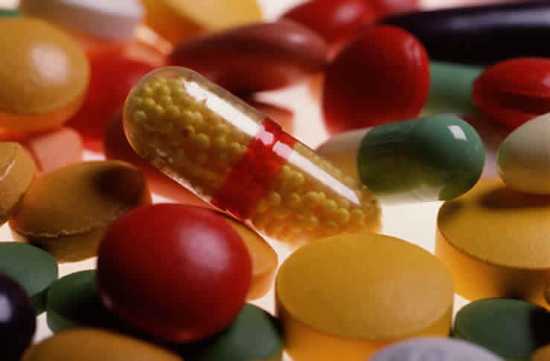 With the advent of antibiotics to treat sexually transmitted diseases came a word of advice: don’t drink while taking the pills. The reason given for this was (and still is) that it will stop the medication working. This is, in fact, not true. Most antibiotics are not hindered in any way by the consumption of alcohol, though it may cause a stomach upset depending on the type. In fact, only five of the more than one hundred types of antibiotics really do have adverse effects when taken with alcohol. The real reason for telling people not to drink is that people suffering from STDs would most likely be the type to have casual sex when drunk. Stopping them drinking for a short period of time would often help to prevent them from spreading their illness before others caught it.

Interesting Fact: Because of high costs involved (and low profitability) very little research is done these days in the field of antibiotics. It has been nine years since a new form of antibiotic has been developed. The blood you see oozing from a rare or medium steak is not actually blood – by the time meat arrives in a restaurant for cooking most of the blood has been removed. The red stuff you see is actually water and a protein called myoglobin. It is the quantity of myoglobin in meat that determines whether it is white or red – the less myoglobin the lighter the meat. Chemical changes in myoglobin over time are what cause red meat to darken with age – hence an almost black “aged” steak.

Interesting Fact: Crabs have blue blood, worms and leaches have green blood, and starfish have clear or yellow blood. Also, humans do not have blue blood – it is always red (though the darkness level varies). Veins are blue because of the interaction of light on our skin and the depth of the veins.