After the Great War that was Word War I, the people of the globe mourned the substantial loss of life and prayed that history would never repeat itself. Of course, it did. World War II used more horrific weaponry than previous battles, and aroused new strategy in wars to come. Once again, the world was thrown back into its helpless coma. Human nature dictates that we all will speculate as to the date of another war, of another horrific act of hatred and violence that reaches its cold hand to all the corners of the world. This list discusses past and present events that have almost triggered that war – the war to end all wars. 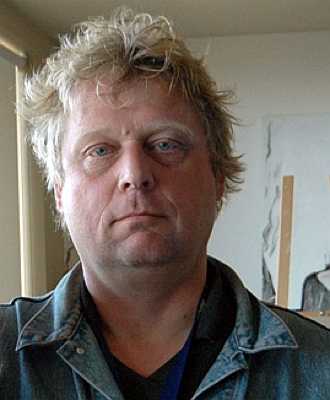 Many people will argue against this entry, either because they aren’t familiar as to why it is here, or aren’t familiar with this event at all. Theo van Gogh was a Dutch Film Director, who worked in close collaboration with Somalian writer Ayaan Hirsi Ali to produce the film ‘Submission.’ This film depicted the harsh and cruel treatment of Muslim women in Islam, and as a result sparked considerable controversy amongst the Muslim Community. On November 2nd 2004, Gogh was assassinated by Dutch-Moroccan Muslim Mohammed Bouyeri.

Uproar ensued after his death, and on the weekend of 5-7 November, mosques were attacked in the Netherlands, and many were set alight. The Dutch Monitoring Centre of Racism and Xenophobia reported 107 acts of assault against Muslims on that weekend alone. Mosques were targeted 47 times, it is said, and Churches 13 times. The reason this is on this list is due to large amount of violence against the Muslim community, and how that could have been the ignition on a very short fuse in the Muslim community. If they had retaliated in equal measures, it would have continued in a vicious circle until other countries had to get involved; hence a potential World War. 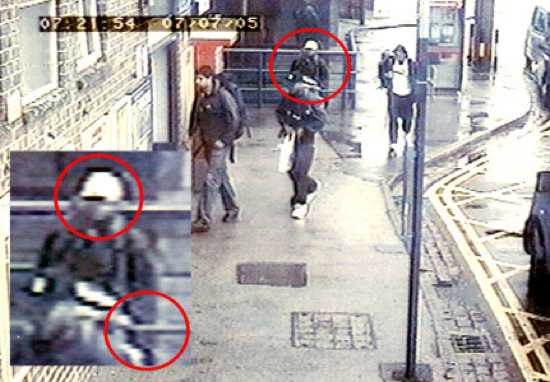 This entry is a more obvious one, but that doesn’t deduct from it being a significant event in the history of the United Kingdom, but also of other countries anticipating retaliation. A series of coordinated attacks were carried out in the early morning rush hour on 7th July 2005 in London. As this was the busiest time of day, there were many casualties. 700 were injured, and 52 people killed in the 4 bombs that were detonated on the fateful day, one of them being a double-decker bus.

After any offensive attack from an opposite nation, whether it was the country directly or even a small minority, an enemy is made. And with this many wondered as to whether the United Kingdom would retaliate. Of course, we now know they didn’t. Governments and media outside the UK have regarded successive British governments as unduly lenient towards radical Islamist militants, so long as they were involved in activities outside the UK. People at the time were filled with anger, and many would have waged war had they had their way because of their deluded visions of revenge; of course the war raging through Afghanistan may have sparked the attacks, but the attacks that caused innocent civilians to fall will never be condoned. 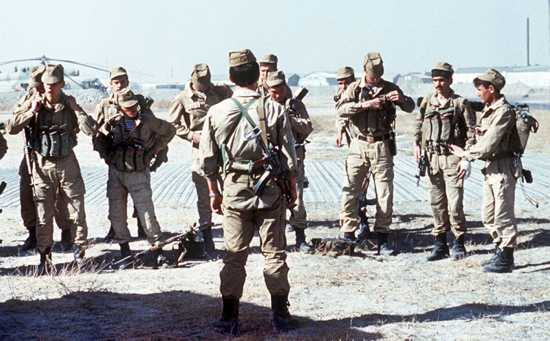 This was was 9-year conflict spanning from 1979-1989 (9 years 50 days) between the Marxist supporting Soviets against the Afghan-Mujahideen, the latter who were all receiving aid, money, and armaments from the USA, UK, China, Saudi Arabia and many more. Toward the end of the Cold War, the engagement between the Soviets and Mujahideen became known as a Proxy War, where the countries use third-parties to attack each other directly, as opposed to wasting their own military. The attack was launched under leaded Brezhnev, and the last troop withdrawal was carried out by Gorbachev.

The reason this features on the list is the fact the UK and USA, amongst others, were aiding the Afghans fighting back against the Soviets, when now in the present day a war rages through their country, with our countries at the helm. Jimmy Carter is quoted saying that the attack was “the most significant thread to world peace since the Second World War.” Now his troops march those streets, shedding blood through an almost progressive-less war. 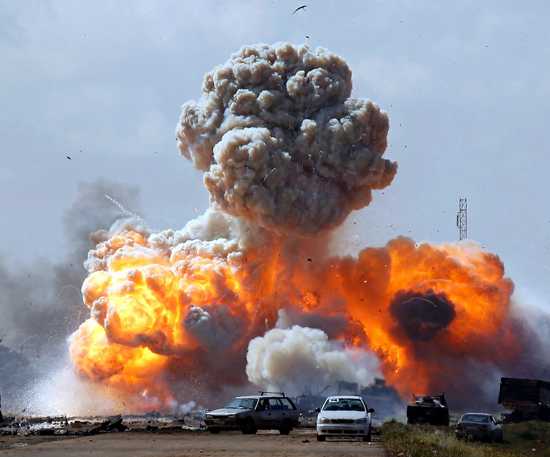 Dubbed the ‘Hunt for Gaddafi,’ Libya’s 42-year Dictator has finally been cast aside from a joint effort of the NATO forces and Libyan Rebels. His cruel, strict regime has been rejected for years but to no avail, that was until the recent uprising. The rebels have fought their way through the capital of Tripoli and other cities close by, and with the aid of NATO air support they have bombarded Gaddafi’s home complex.

NATO have been heavily involved with the uprising in Libya, seemingly nonchalant that Libya’s allies Venezuela and Zimbabwe could attack at any time in assistance. Of course, these two countries don’t hold massive amounts of military power, but they could provide enough armaments to fight the NATO forces leading to more countries being called in. Should this happen, and given Libya’s position bordering countries such as Egypt, it would be easy for many countries to join the battle. World War III could be closer than we think, however unlikely it seems now. 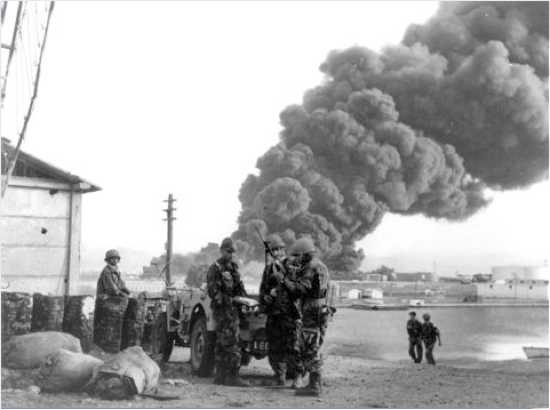 I am sure that the following entry has found a place in the knowledge of many of you, whether that is through relatives talking to you about it or through history lessons; and of course Billy Joel’s hit ‘We Didn’t Start the Fire.’ The Suez Canal Crisis occurred in 1956 when Israel carried out the auspicious move of invading Egypt. An ultimatum was handed to Egypt by Britain and France, and after a dismissal of this, they began bombing Cairo.

What is most significant about this event, is that shortly after the attacks many people became to blame the whole thing as planned, and despite heavy denials by France, Britain and Israel, people began questioning their motives. France was seen as the aggressor, the instigator. Britain was seen as the belated partner, feeling obliged to fight alongside their ally. The entire war was caused by President of Egypt Gamal Abdel Nasser’s decision of 26 July 1956 to nationalize the Suez Canal, after the refusal to help fund the construction of the Aswan Dam. The Suez Canal Crisis found its way onto the list because of the persecution the allies faced after being told they had ‘planned’ the whole thing for months. This could have caused other opposing countries to aid Egypt in their time of peril, and would have made a minor dispute (in the scale of war) into a full fledged assault. 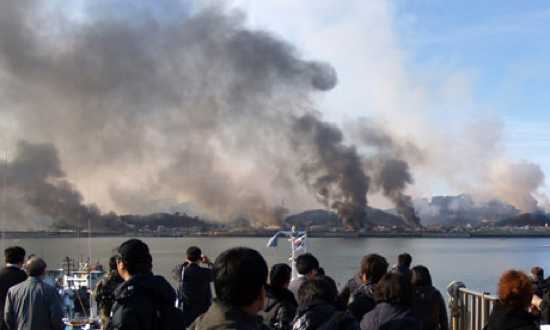 Another recent entry, and for many a very traumatic resurfacing of a memory best left buried. This event occurred in November of 2010, when North Korea launched 160 missiles onto the island of Yeonpyeong, occupied by South Korean troops.

It will be common knowledge for Listverse readers about the relationship between North and South Korea, and how whenever a conflict between the two countries appears in the news we all worry that the hostility has reached its pinnacle. Well this story was one of those times. The world held its breath to see if the border that separated the two nations was no longer enough, and that World War III was on the ever-drawing-near horizon. 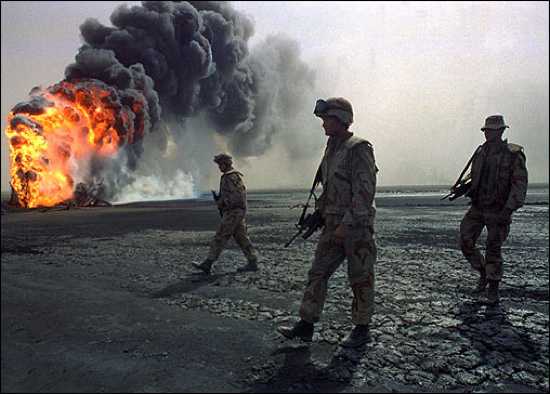 The Persian Gulf War will be fresh in the minds of almost all of you due to its recency. And of course, any video game fans will be familiar with Conflict: Desert Storm, set in the era of the gulf war.

This war began when the State of Kuwait was annexed by Iraq, and as a response 34 Nations led by the USA waged war against Iraq. U.S. President George H. W. Bush deployed American forces to Saudi Arabia, and urged other countries to send their own forces to the scene. An array of nations joined the Coalition. The great majority of the military forces in the coalition were from the United States, with Saudi Arabia, the United Kingdom and Egypt as leading contributors, in that order. Around US$36 billion of the US$60 billion cost was paid by Saudi Arabia. 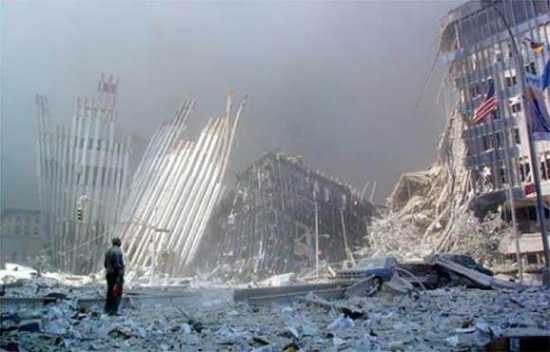 Probably the entry with the most connotations of sadness for readers, this would probably be higher if it weren’t for number two, which due to obvious reasons has to be higher. The Twin Towers were the most iconic structures in New York, and most of America for that moment.

On September 11th 2001, 4 flights were hijacked and diverted back to America. One of these airliners, carrying hundreds of passengers crashed into The Pentagon, another was rescued by the brave occupants and crashed in a field near the White House. The other two, however, found their destination in The Twin Towers. Over 3000 people lost their lives on this fateful day, and because of the act of hatred orchestrated by Osama Bin Laden, Number 2 on this list shows how one act of aggression becomes a brutal campaign, potentially leading to a future global war. 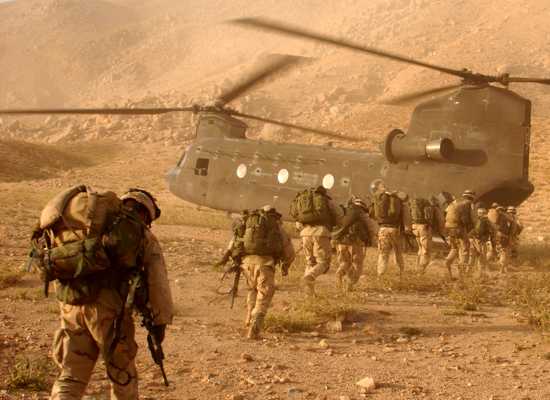 On October 7th 2001, less than a month after the attack on the Twin Towers, The War in Afghanistan began. US and British troops began aerial bombing campaigns in an attempt to quell Taliban activity in the region. Known simply as Operation Enduring Freedom, the goal was stated to be ‘dismantling the terrorist organization known as Al-Qaeda and ending its use of Afghanistan as a base.’

The War In Afghanistan is still active today, and many question why the war has gone one for so long, and whether the substantial loss of life is in vain. When the invasion began in October 2001, polls indicated that about 88% of Americans and about 65% of Britons backed military action in Afghanistan, but in today’s community it is hard to find anyone who backs the war and those who give their lives for a seemingly unobtainable goal. This war is as close as we can get to World War III at the current moment in time, but it seems unlikely that further countries will get involved unless they are directly attack through Terrorism, similar to 9/11, in which case they will almost certainly join the war. 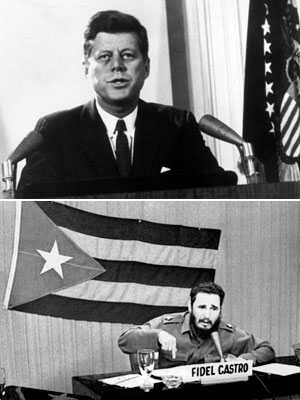 And we arrive at the number 1 spot, and take a few steps back in time to 13 days of anarchy. The Cuban Missile Crisis will be known by all reading this list, and during the 13 days that Missile Silos were stationed on Cuba, America was in range for global nuclear annihilation. The White House was the scene of nervous dispositions and sickening worry as the USA prepared to be a part of a Thermonuclear war.

The Cold War, nicknamed so as there wasn’t any direct fire fighting conflict other than Vietnam, was a stressful period for not only America and the USSR, but the world. The missiles stationed on Cuba could hit any city in America, except for the Pacific Northwest, and would have easily wiped out the majority of America at the press of a button. When they were removed, in the eyes of the world, Kennedy had won. But behind closed doors, and to the less-known knowledge of the public, Kennedy had removed his missiles in Turkey as part of the deal struck with Khrushchev. Kennedy had actually backed down his own weapons, and Khrushchev and succeeded in applying sufficient enough pressure. to the American Government. The generation that did not live through the 13 days of trepidation will never know how close their world came to a Nuclear War.