Birds are often associated with a sense of peacefulness; they are the first thing you hear on a sunny day when you wake up in the morning, or when you go for a pleasant stroll through the park. But they can also be cruel, hellbent bastards, leaving a careless path of death and destruction in their wake. While they may be capable of all kinds of monstrosities, they are a sort of affirmation that we do live in a world that has a tendency to chew you up and spit you out in the game of good, Darwinian sport. Here are ten birds you’re better off avoiding. 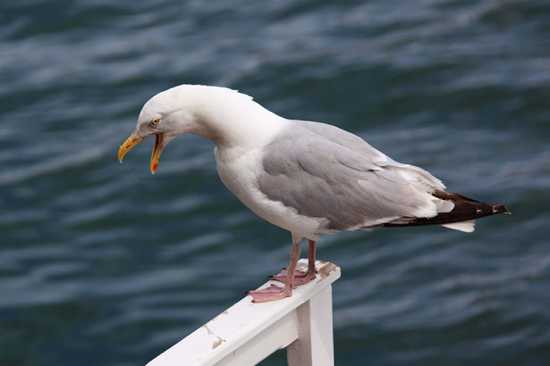 You might think that the worst a seagull could do is fly away with you lunch, or crap on your parade, but these beach dwellers have a dark side lurking just beneath their feathers. And you will see it if you stumble upon their nest. Seagulls, if they feel their chicks are in any way being endangered, will strike with a vengeance and peck your brains out (or do the next best thing anyway). Check out this story as proof. 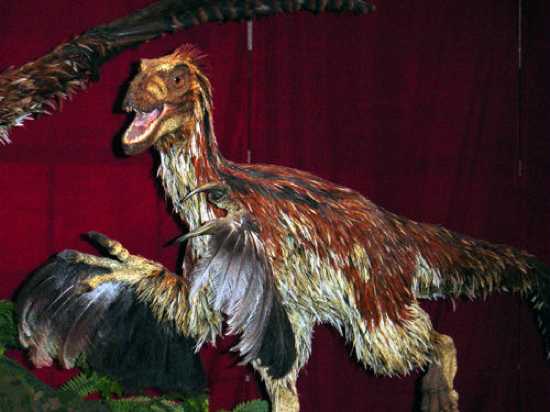 Yes, they are long past existing, along with the rest of the dinosaurs. But it’s worth clarifying that – contrary to Jurassic Park-fueled popular belief – velociraptors were in fact feathered-and-taloned birds and not the scaly overgrown lizards you might have thought they were. That being said, they were were more fierce than any existing bird we have today. They were incredibly smart, hunted in packs (according to one theory), and had stiletto-sharp talons that could easily slash the throats of their prey (which were usually dinosaurs, not so much field mice and fish). 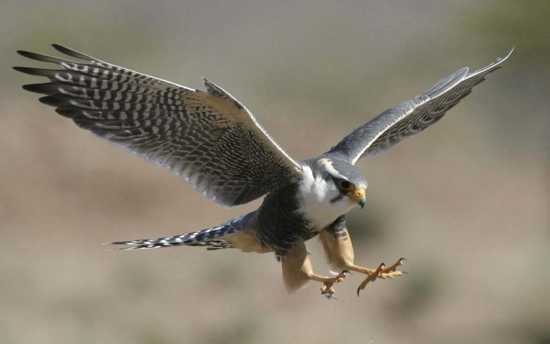 A so-called bird of prey, these birds’ jobs are to pounce on small rodents and fish and pierce their flesh via incredibly sharp talons. (They can also tear into spinal cords with their uniquely-shaped beaks.) They are hunting machines, equipped with traits that aid in their self-sustenance, like feathery Swiss Army knives. While they can be trained to hunt in favor of humans (“falconry”), they still possess the potential to inflict serious harm, even at a young age. 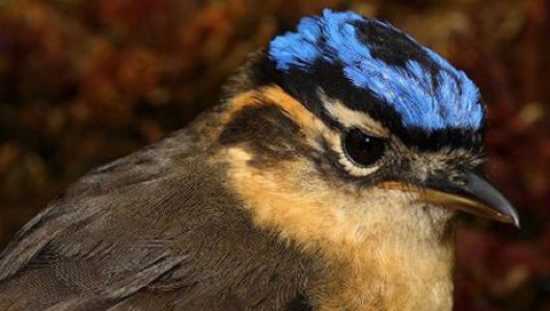 While this bird eats nothing bigger than an insect, it is armed with an acquired self-defense mechanism that keeps it from being messed with in any serious way. Dieting on a certain type of beetle that produces batrachotoxins similar to the poison dart frog, handling the bird with bare hands can result in numbness and toxins. Who would’ve thought such a pretty bird could be so hazardous to your health? 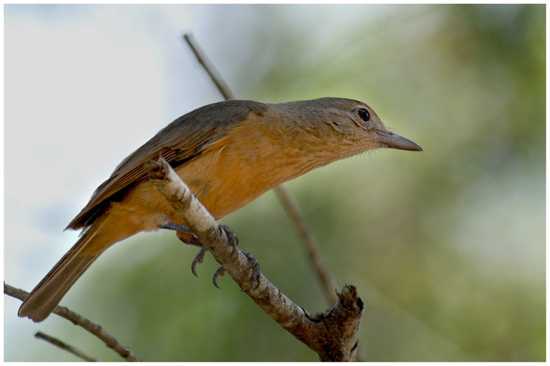 This bird, like the former, is armed with the same lethal toxin common amongst Poison Dart Frogs. The Little Shrikethrush can be found in tropical and sub-tropical forests of Indonesia, Australia, and Papua New Guinea. The bird is olive colored and often well-camouflaged in the trees, but it does emit a particular musical sound, which makes it like a Siren of sorts, although not so carnage-intent. 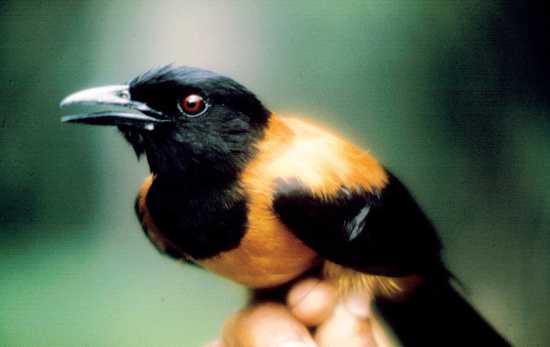 This was the first of the three known toxic birds to be discovered to carry a lethal poison within its skin and feathers. Papua New Guineans call the bird a “rubbish bird” as it is inedible. Almost. If desperation strikes (as if there was nothing else in the vicinity that could be eaten), the bird could be eaten if the feathers and skin were removed and the skin roasted in charcoal. But your best bet is to just make a note in your bird-watcher’s field guide that this animal is off limits for snacking. 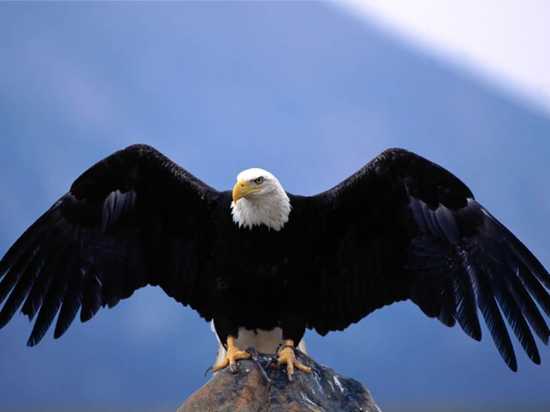 The danger of this bird lies in its potential for harm. It sports the kind of beak and talons and eyesight that make it such a vicious predator in the wild. It can fly and carry four-pound objects. And it is voracious enough to eat a pound of fish in four minutes. These birds are master huntsman and potent symbol of power, so much so that it serves as the coat of arms and official seal of countless nations (U.S. included). 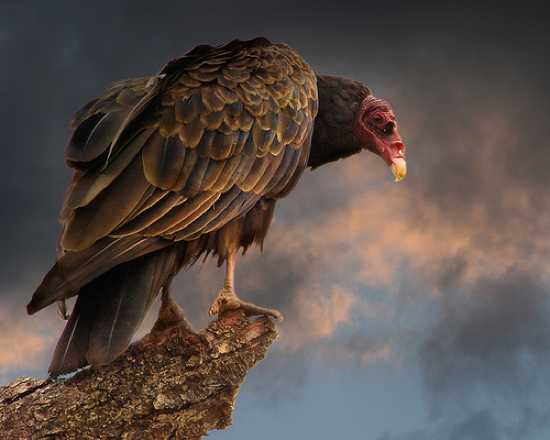 These Jim Hensonian birds are as ugly as they are sinister. Often equated to a grim reaper-type presence, looming over corpses and taking advantage of untimely deaths, they are largely scavengers, picking apart the flesh of the dead and decaying, although they can speed up the process of one already en route to their final destination. They are equipped with exceptionally acidic stomachs that can endure kinds of bacteria, viruses, and anthrax which most other living creatures can’t (also, their urine is a powerful anti-bacterial which can kill any of the kinds of unsanitary filth they regularly trudge through). 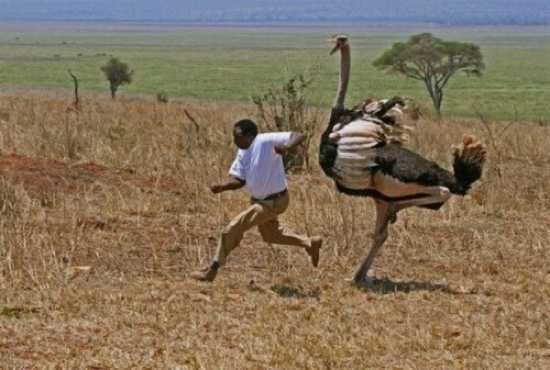 These birds are the biggest birds in the world – they can reach heights of 9 feet and weights up to 350 pounds – and are kind of unpredictable. They can run at speeds of 30 MPH for up to 10 miles straight, and have legs that can kick a hyena to its death. Not only that, but it also has sharp claws. If it weren’t for their goofy faces and sheepish tendencies (the whole putting their heads in holes in the ground thing), you’d swear these things were just oblong monsters. 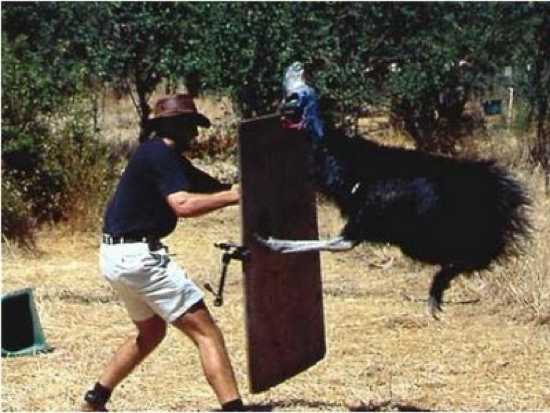 This bird is considered to be the most dangerous bird in the world, with a criminal record deserving (in the human kingdom anyway) of outright capital punishment. Common to New Guinea (do not go there for the birds!), this bird has a 5 inch-long dagger-like claw attached to its second claw that can kill a man (and has before!). Their legs are ridiculously powerful, can kick humans (and dogs) with violent force, and can run at speeds up to 31 MPH. During WWII, American and Australian troops in New Guinea were warned to steer clear of them. So then should you, unarmed and un-armored.