Bears have captivated mankind since they were scrawled on the walls of France’s Chauvet cave some 32,000 years ago. Even today, doctors look to bears and their hibernation cycles for clues to help patients through medical trauma. They are some of the most fascinating creatures on Earth. 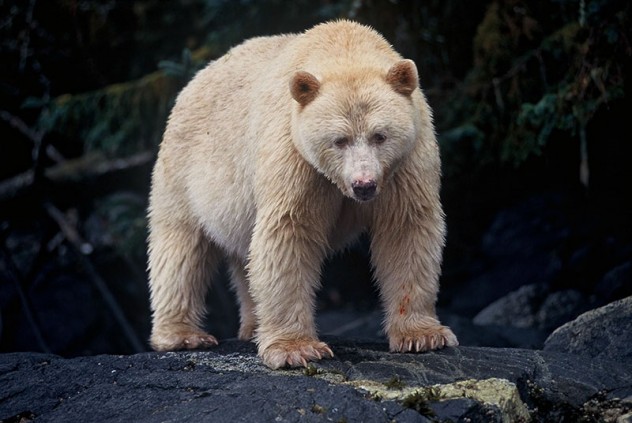 Not all American black bears are black—they actually come in a wide variety of colors including brown, cinnamon, and blonde. On the West Coast, particularly in California’s Yosemite National Park, black furred bears are actually in the small minority. But only in British Columbia, Canada can one find the so-called “spirit bear”—a black bear colored nearly white.

The spirit bear is considered sacred by the Native American Tsimshian people, who never hunted them or revealed their location to fur trappers who would have decimated the small population (today numbering less than a thousand). It is believed that there is only one spirit bear in captivity: an orphan named Clover who can be seen at the British Columbia Wildlife Park. 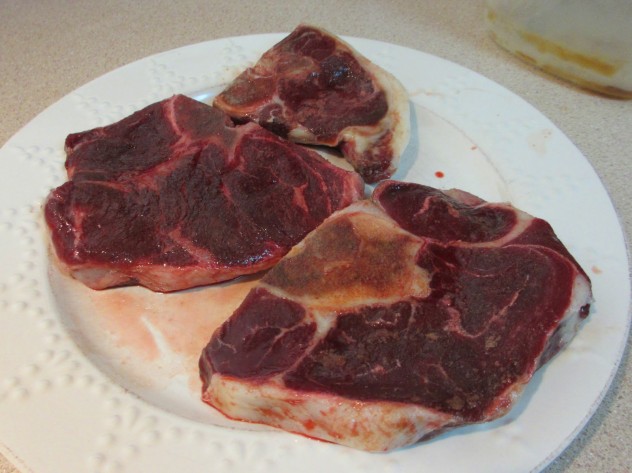 Most cultures avoid bear meat, but there have been exceptions. In 2010, a bizarre incident occurred in Azerbajian when Anar Mammadov, the son of an important official, visited a restaurant and drunkenly ordered that their dancing bear be slaughtered and grilled for him and his friends. The restaurant’s staff, loath to give up the bear, placed the exorbitant price of about $1 million on the animal’s head, figuring the man would balk. Mammadov, whose family is worth hundreds of millions, didn’t bat an eyelash.

The next morning, Mammadov woke with a massive hangover and a massive bill for his snack. He ordered a helicopter to take him home. 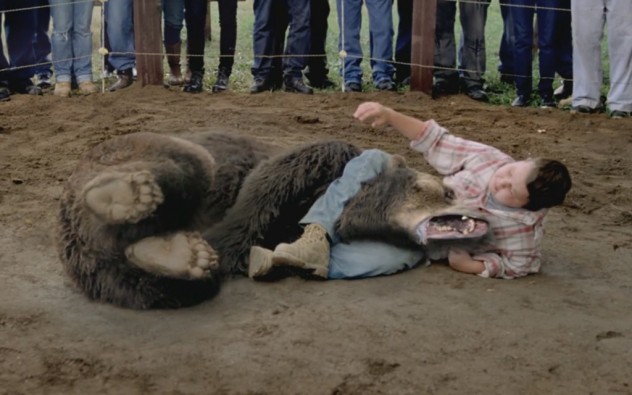 Years ago it was not uncommon to see wrestling bears at carnivals and sporting events. These animals were generally muzzled and had their claws removed. Sometimes a prize would be offered if a competitor could last a certain amount of time without being pinned.

Bear wrestling is parodied in the Will Ferrell movie Semi-Pro. Rocky, the five-year-old trained bear used in the film, killed his trainer Stephan Miller in 2008 by tearing out his throat in a seemingly unprovoked attack. Rocky was subdued by other trainers with pepper spray, but his trainer was pronounced dead at the scene. The 39-year-old Miller acted as Ferrell’s stunt double during Semi-Pro’s bear scenes. 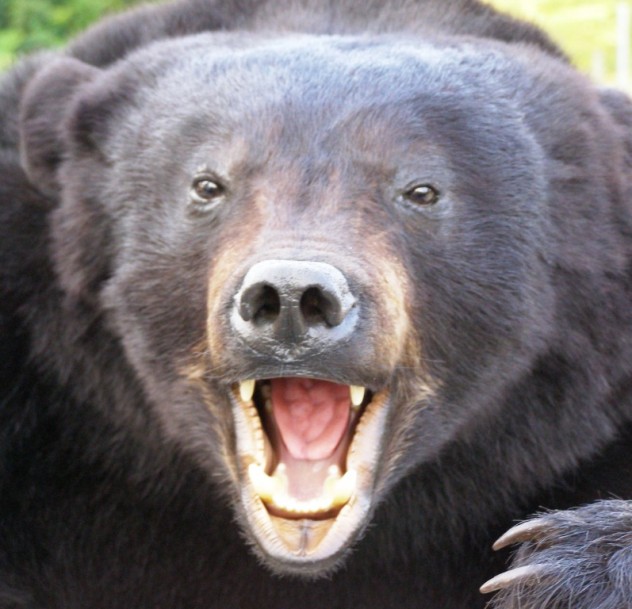 Bears are found throughout the world—but are noticeably absent in Africa, a continent which otherwise boasts great biodiversity. At one point, Africa hosted a subspecies of brown bear called the Atlas bear, which lived in the northern part of the continent, particularly in the Atlas Mountains. Occasionally there is a dubious claim of a sighting, but it is believed that the last of the Atlas bears were killed off in the 1870s. It is likely the population of Atlas bears was heavily depleted during the time of the Roman Empire, when thousands of animals were used for combat in the Colosseum and elsewhere. In Kenya, there are accounts of the mysterious “Nandi bear,” an enormous cryptid similar to America’s Sasquatch or the Yeti of the Himalayas. 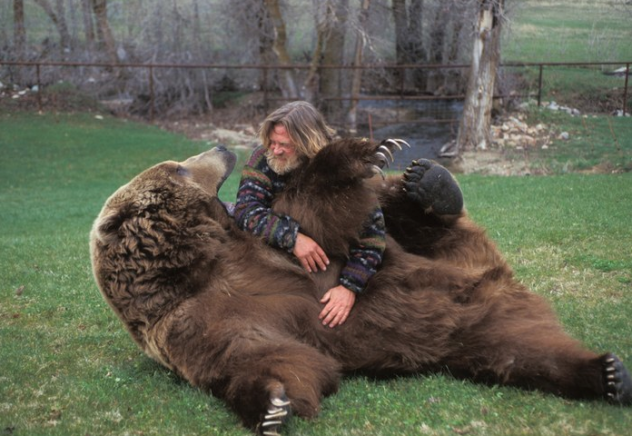 There is good reason that you don’t see bears on leashes in public parks: They make terrible pets. Many of the trained bears seen in movies are provided by Doug Seus. Seus owned Bart, a 9-foot-6, 1,500 pound Kodiak. Bart was in 11 movies before he died, including The Great Outdoors, The Edge, and Legends of the Fall. Today, Seus’s new grizzlies have been seen in CSI and Game of Thrones.

While Seus has had great luck working with such massive animals, others haven’t been so lucky. James “Grizzly” Adams was a mountain man and animal trainer who eventually died from wounds inflicted by a bear. Timothy Treadwell was a man of dubious sanity who spent 13 summers living with the grizzly bears of Alaska’s Katmai National Park until he finally pushed his luck too far and was killed.

5The Bears Of India 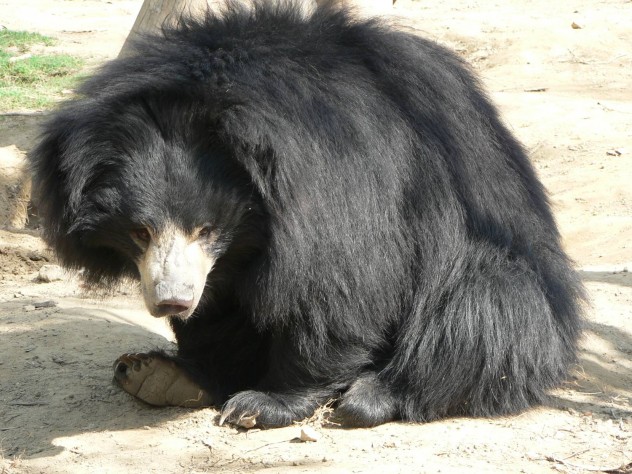 Perhaps because they are forced to live among tigers, the sloth bear and Asian black bears of India are known as the most aggressive on earth. Though the sloth bear is insectivorous and uses its long, wickedly curved claws to scoop up termites, it is also known to use them to tear off people’s faces. In 1957, a particularly savage sloth bear went on a rampage in the state of Mysore, killing at least 12 and injuring many more. Those who escaped death frequently had their eyes torn from their heads.

The Asian black bear has a similar reputation. They are particularly vicious in Kasmir, an area in northern India which is hotly contested by neighboring Pakistan. In 2009, four Muslim separatists who had taken refuge in a cave found themselves face to face with a black bear. Despite being armed with AK-47 assault rifles, two of the men were killed and a third was wounded. In May 2013, several bears attacked villages in the state of Orissa, killing eight people before they were driven back. 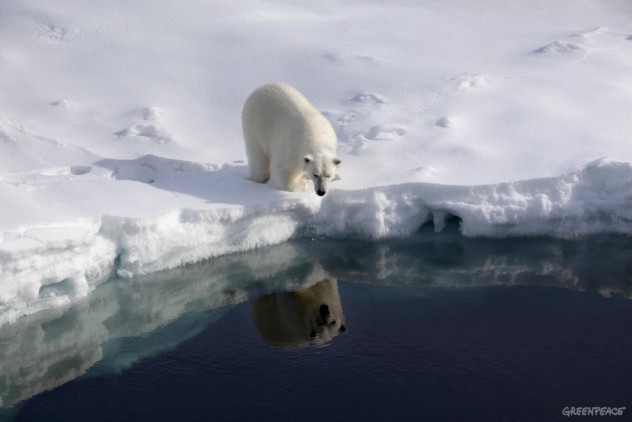 Although the largest Kodiaks of Alaska can rival polar bears in size, the polar bear is typically the biggest extant species. As global warming erodes the world’s ice caps, polar bears have been put on a collision course with their southern cousins. Should they get into a fight, the polar bear might be larger, but it is less aggressive (these are social animals, and have even been observed playing with sled dogs). The grizzly has enormous claws compared to the polar bear, and its humped back is the result of digging into the ground for food, which gives it great upper body strength. Grizzlies have been witnessed cracking the skull of a bison with a single swipe. When the two animals encounter each other, usually in a clash over a carcass, the polar bear generally surrenders without a fight. 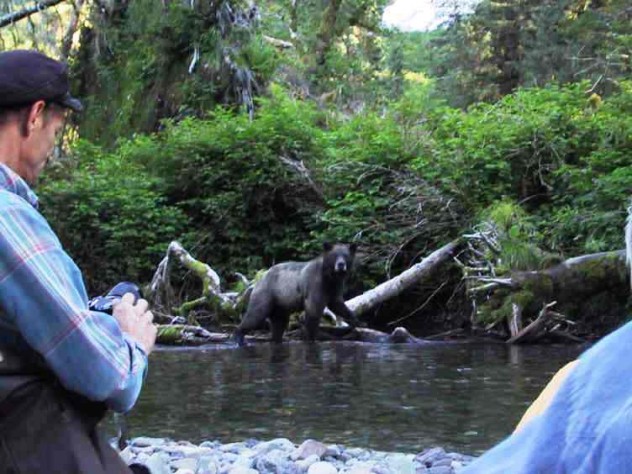 Located in Southeast Alaska near the city of Juneau, Admiralty Island is over 4,100 square kilometers (1,600 sq mi) of sprawling wilderness and home to a great deal of wildlife. Despite the area’s exquisite natural beauty, you might want to think twice about going camping here: Admiralty Island is also the home to the largest population density of brown bears in North America with approximately one bear per square mile. Should you feel the need to go for a hike in the forests of Admiralty, it is best to go with an experienced guide.

2Vodka Bears Of The Ukraine 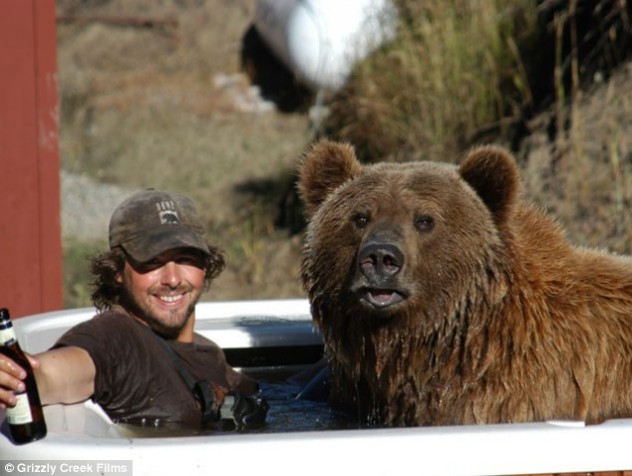 In 2012, Ukraine became one of the countries to host the UEFA Euro soccer championship, spending billions in the process. Preceding the soccer games (and the influx of foreigners), Ukraine’s minister of ecology and natural resources, Mykola Zlochevsky, realized he had a serious problem on his hands: In restaurants, bars, and hotels throughout the country, “vodka bears” (bears plied with alcohol for the amusement of patrons) were quite popular. While this kind of inhumane treatment might have flown under the radar before, the press would have a field day with the practice. Anticipating a public relations nightmare, and under major pressure from animal rights organizations like Greenpeace and PETA, Zlochevsky ordered all the vodka bears returned to the wild before the start of the games. 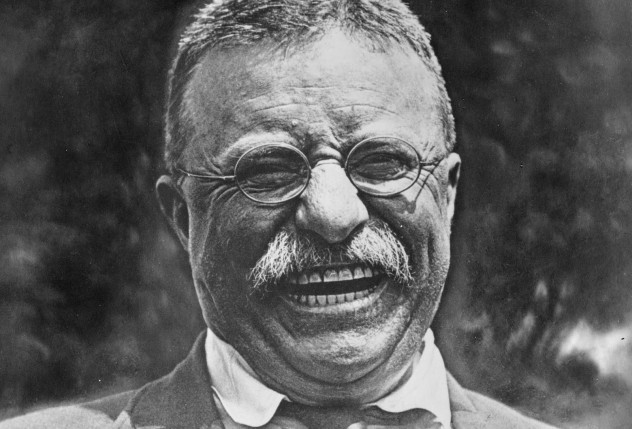 The story of the teddy bear is known to every American school child. President Theodore Roosevelt was hunting bear, but he couldn’t find any, so his guide caught him a little cub and tied it to a tree. Disgusted, Roosevelt refused to shoot the animal, cementing his reputation as a man of mercy and conviction. Political cartoons featured the President and his bear, and toymakers capitalized, making stuffed teddies that still fly off the shelves to this day.

Its a heartwarming little story—but the truth is far less saccharine. The Mississippi bear hunt of 1902 was a high-profile event, attended by politicians, top military brass, and a retinue of journalists. Roosevelt had something to prove: Not only was he was the youngest president in the history of the United States, but he had won the station though inheritance (after his predecessor was assassinated) instead of election, so there was much doubt as to his suitability for the role. He was guided on the hunt by Holt Collier, an African-American who’d killed thousands of bears in his lifetime.

Collier eventually cornered a large black bear that had killed one of his dogs. Wanting to preserve the bear for the President to shoot, Collier beat it savagely. When Roosevelt arrived on the scene, the bear was already half dead. Any cursory research of Theodore’s hunting career will not exhibit any hint of what we might call pity, but Roosevelt was nothing if not shrewd: With the gang of reporters at their heels, he recognized a golden opportunity to make an impression on the American people. He famously refused the chance to shoot the prostrate bear, but after he turned his back, he ordered it put out of its misery. Another member of the party finally brought it mercy with a knife.