Kermit the Frog sang that “It ain’t easy being green.” How about, “It ain’t easy being a conjoined-twin forced into a humiliating form of circus-slavery,” or “It ain’t easy having no limbs.” Being green is the least of these people’s worries (in fact, it might be nice to be culturally-beloved for a change). At the turn of the last century, entertainment was a different species than it is today, having no T.V. nor radio nor action movies; you had to witness a living miracle in order to be fully entertained, and circuses provided that very thing. Showcasing hoards of deformed and mutant varieties of humans – that freak-collectors like P.T. Barnum rounded up and whipped into shape – the world marveled at what it so often sought to sweep under its own carpet. Circus sideshows might have been a cruel form of psychological abuse for any of the so-called “freaks” placed under contract (or a kind of indentured slavery), but some of these individuals also went on to profit greatly off what no one else would hire. So as you ask yourself, “Was being a circus freak actually a bad thing?” – given the duality of the situation – step right up and ogle at these 10 freaks of nature: 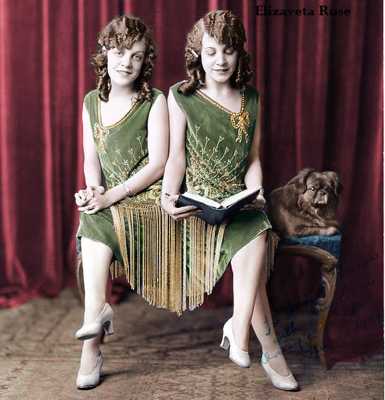 Not Paris and Nicky – although they are a different sort of freak – these sisters were twins. Conjoined, to be exact. They shared a common blood and nervous system, which means they truly felt all the same pain. They were sold as slaves by their impecunious mother to a midwife, who greedily took advantage of their misfortune; while they sang, danced, played instruments in circus sideshows, their veritable slave-owner kept all their earnings and forbade them from socializing. Eventually a lawyer helped them escape their proverbial shackles and even reacquire the money they were swindled out of. They went on to do movies (including 1932’s Freaks) and earned as much as $5000 at the height of their showbiz careers.

9
The Wild Men of Borneo 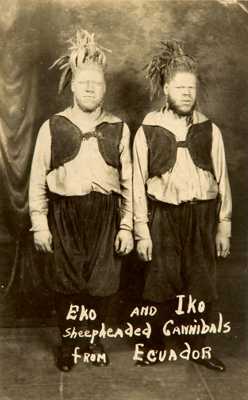 These “wild men” were actually a twin pair of mentally-retarded midgets, for which there’d be no hope of employment if not for those ever-gawking circus-goers providing seemingly limitless opportunity (at least back in 1852). They were bought from their mother at the age of 26 by a man named Lyman Warner, and were taught their routine by P.T. Barnum, an act which included acrobatics, dancing, speaking in “their native language” (actually gibberish), and reciting poems in English. Enslaved in the Warner family for three generations, they kept on performing for almost fifty years – steady occupation, to say the least. 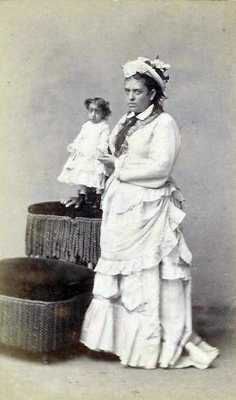 Born as more of a “finger puppet,” at a weight of 8 ounces and a height of 7 inches, Zarate weighed less than a cat as an adult. She is the smallest recorded human being on Earth, a fact that had no trouble drawing a big crowd at the circus. When she came to America – she was born in Mexico in 1864 – at the age of 12, she was the highest paid dwarf at the time (at $20/hour). Sadly, she died at the age of 26 when her train got stopped in the Rocky Mountains during a snowstorm. 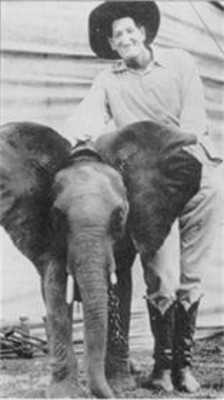 Earle had a condition called acromegalic gigantism, the clinical term for what a circus – such as the Ringling Brothers or Barnum and Bailey – would label simply “a giant.” He traveled with both of the aforementioned for 14 years, longer than his original one-year contract. He also appeared in movies, like Jack and the Beanstalk (guess who he played). While it’s not easy for a “freak” to find normal work, Earle did just that, showing what he was capable of beyond the exploitation of his appearance: he was a salesmen for a wine company, eventually becoming their PR rep, as well as a sculptor, painter, and poet (published in a 1950 book called “Long Shadows”). 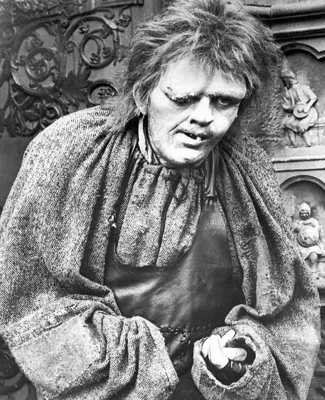 Quasimodo is not fictional. Not entirely anyway. Appearing in Victor Hugo’s ultimate tale about being a victim of pure disposition, the eponymous Hunchback of Notre Dame may have been inspired by an actual hunchback who lived in Notre Dame. A British researcher found a memoir excerpt that told of a “humpbacked stone carver” that worked in a cathedral Hugo was very much involved with. Speculation is that he must have come across this rather antisocial individual, given the workers level of involvement on government-commissioned projects. Nicknamed “Le Bossu,” it’s not hard to see how this individual could have led to some fanciful speculations in Hugo’s fertile mind, as this was also about the time he was penning the novel (c.1831). 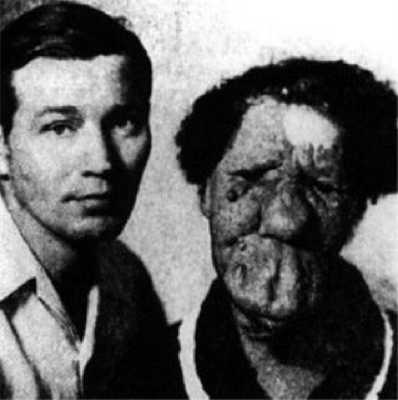 Not a pleasant thing to be nicknamed, this women was born with a facial deformity that rendered her simply unpleasant to look at (what some might call ugly… or mule-faced). She was actually billed as “the ugliest woman in the world” as if that were an achievement worth aspiring to. In spite of her physical appearance, she was actually a nice person, and was married with child (who didn’t inherit the deformity, but became a problem drinker and criminal – which is to say, more of a social outcast than her). 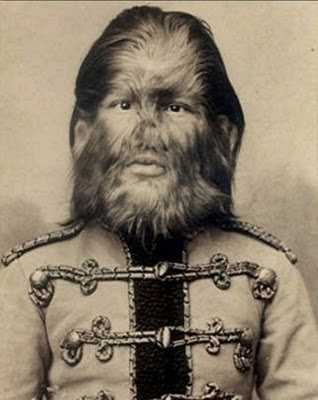 This dog-boy actually had a canine-like father as well. The dad, Adrian, was a bitter drunk, and ran from his village and into the woods one day, living in the feral manner a stray dog might. He himself faced mockery and ample shunning, and performed in sideshows to make money (billed as the son of a bear and a peasant woman). After he conceived a child, equally as hairy, they toured together until Adrian ended up dying a drunken death. The boy, however, went on to continue performing faithfully – under P.T. Barnum’s top hat – just as a trained dog might, barking and growling on command. In actuality, he wasn’t a dog-child, obviously, he had a condition called hypertrichosis; and more than just barking, he could speak English, Russian, and German (making him essentially quadrilingual). 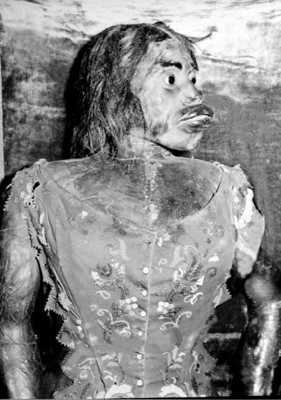 This indigenous Mexican woman’s memory is literally preserved, as she – following her death in 1860 – was stuffed and put on display the very way she had been while alive. Also born with hypertrichosis, her features were more characteristic of a gorilla than a dog; her nose and ears were especially large, her face was covered with hair, and she had a double pair of teeth which pronounced her mouth as such. She had a husband named Theodor Lent – who had originally purchased her and taught her to be a performer – and eventually a child of the same affliction, who died after three days. She died five days after that (complications from birth), and her exploitative husband had both her and the baby mummified and placed in a glass cabinet. Lent went on to marry another woman with a similar condition, and was later admitted to a mental hospital. 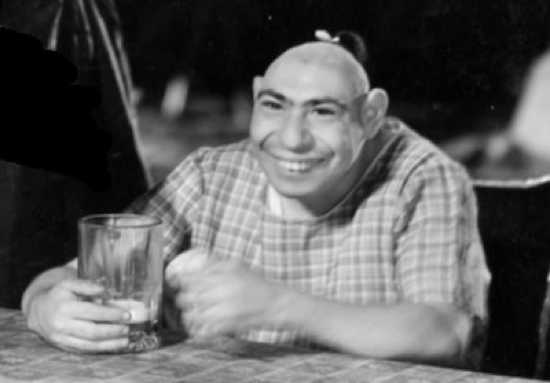 “Pinheads” were an especially big draw in the circus sideshows, and Schlitzie was one of them. Having a condition called microcephalus, his cranium was incredibly underdeveloped and sat like a baby’s head on the shoulders of a grown man. Schlitzie, as far as his brain was concerned anyway, was three. Nonetheless, he sang and danced, could count to 10, and starred in the movie Freaks at the physical age of 40. Also, if you’ve ever read the comic strip Zippy the Pinhead in the Sunday funnies, you can see where the inspiration comes from. 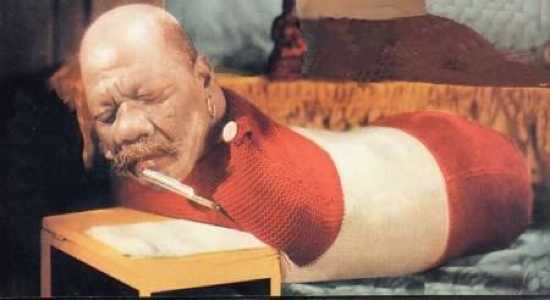 No, not a Human Centipede; this was a real person, although no less startling while dressed in that sleeveless sock outfit. Just a head and a torso, this P.T. Barnum attraction was capable enough as a quadriplegic that he could light a cigarette with just his mouth – not to mention the fact that he had a wife and kids (none of which shared his affliction). He shows up in the movie Freaks, and performs the aforementioned cigarette “trick” – although its hardly a trick when you have no other limbs to rely on.