Since time immemorial, people have turned their backs on their companions and countries. These betrayals come in many different flavors. First, traitors have different motives, ranging from the altruistic to the totally selfish. Second, they have different intended consequences; while some are on the personal level, others may conspire to forfeit their nation to a foreign power for centuries to come. Finally, treason ranges from forgivable to the notoriously nefarious. This article lists ten of the most notable traitors in world history, ranked by the severity of their deed. 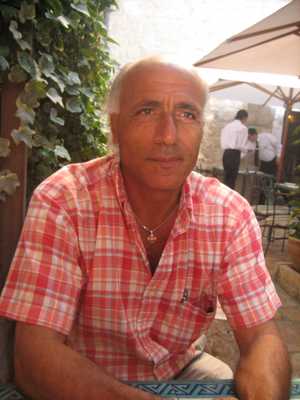 Mordechai Vanunu worked as a nuclear technician for the State of Israel in the 1980s, which was claiming to pursue nuclear power for civilian purposes only. In 1986, citing his opposition to weapons of mass destruction, Vanunu leaked details of the Israeli nuclear weapons program to the British press, confirming the world’s fear that Israel possessed nuclear weapons. After this, the Mossad lured him to Italy, drugged him, and abducted him. He was whisked away to Israel, where he was tried and convicted behind closed doors. He spent more than eleven years in solitary confinement and eighteen total in prison. After being released, he has been subject to a plethora of strict regulations, leading him to proclaim to the Nobel Peace Prize committee regarding his nomination:

WHAT I WANT IS FREEDOM AND ONLY FREEDOM.

While still a traitor, Vanunu is by far the least nefarious on this list. A whistle-blower on a government that was covertly developing weapons of mass destruction, he is internationally regarded as a hero of the nuclear proliferation age, and has received many accolades, including a Nobel Prize nomination. 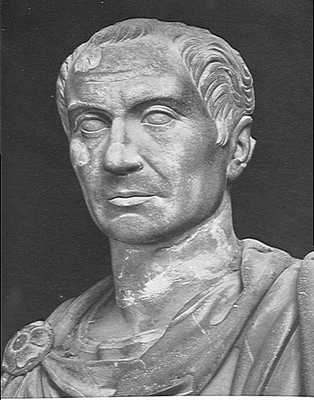 Early in his life, Cassius showed a hatred of tyrants. This failed to change as he aged and assumed power. During the Great Roman Civil War, he sided with Optimates and Pompey, fearing that Julius Caesar would become dictator. He heard of Pompey’s defeat at Pharsalus and fled for the Hellespont, but was captured by Caesar along the way. Caesar was merciful, appointing him legate. After the war, Cassius spent two officeless years in Rome.

“Yon Cassius has a lean and hungry look; He thinks too much: such men are dangerous.” – Shakespeare’s depiction of Julius Caesar

He plotted to assassinate the newly appointed dictator in perpetuity, and drew Brutus into the scheme. After Caesar was dead, Antony assumed power, and Cassius essentially committed suicide two years later. In Dante’s Inferno, he is one of three people considered disgraceful enough to occupy one of Satan’s mouths. 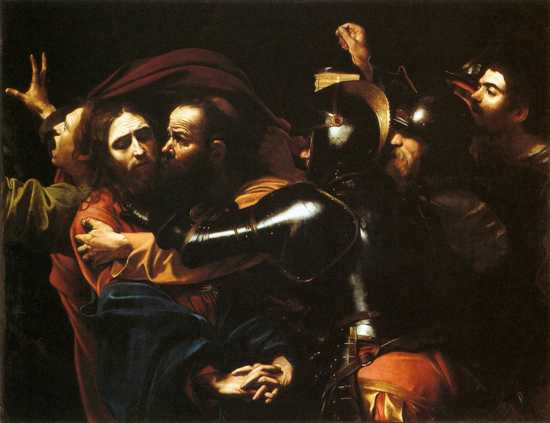 Judas Iscariot is definitely one of the worst traitors ever. By the time of the Last Supper, he had already sold Jesus to the Sanhedrin for thirty pieces of silver. He then led them to Jesus in the garden, and betrayed him to the soldiers with a kiss. Later, filled with remorse, Judas returns the money and kills himself. He had turned his back on his friend, his mentor, and his God.

Today, it is debated whether Judas was motivated by money, Roman patriotism, or being possessed. It is also debated whether or not he was damned, and if so, whether it was due to betraying Jesus or his subsequent suicide. In Dante’s Inferno, he was in the deepest pits of Hell, occupying another of Satan’s three mouths. His name is a recognized symbol of treason throughout all of Christendom. 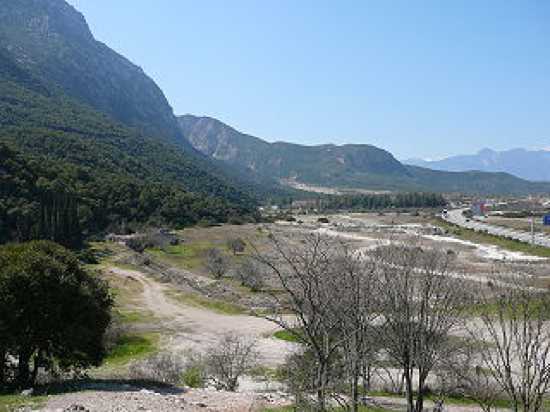 Not much is known of Ephialtes of Trachis outside of his rather nefarious act of treason. Thermopylae is a narrow coastal pass in Greece. It was here in 480 BC that the Persian army, numbering hundreds of thousands, possibly even over one million, clashed with the Greeks, led by Leonidas, who numbered less than seven thousand, and maybe even a mere several hundred. For two days, the Spartans bravely held off the Persians until a local shepherd, Ephialtes, showed Xerxes a small path that gave access behind the Greek lines. On the third day, the Persians were able to use this path to encircle the Greeks and destroy the army. However, the Spartans had thrown everything they had into defending the pass, even their lives.

“Stranger, announce to the Spartans that here
We lie, having fulfilled their orders.” – Simonides’s epigram of the defenders

The motivation for his act was a reward from Xerxes, which he never reaped. In fact, he himself was killed and Sparta rewarded the man responsible. For a long time, Ephialtes was infamous in Greece. His name was synonymous with not only treason, but nightmare as well. 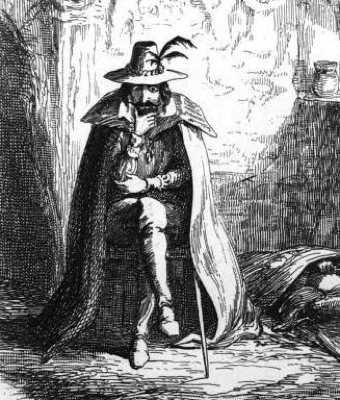 As a young Englishman, Guy Fawkes converted to Catholicism, a faith he exercised devoutly. He left England for the Low Countries, where he fought for the Spanish Catholics against the Protestant Dutch in the Eighty Years’ War. He later returned and met Thomas Wintour and Robert Catesby, who were planning to assassinate the Protestant King James I and his government by blowing up the Parliament building; this would later become known as the Gunpowder Plot. Prompted by an anonymous letter, authorities searched the space underneath the House of Lords and found Fawkes guarding 36 barrels of gunpowder. He was sentenced to death by hanging, drawing and quartering, but leaped from the scaffolding, committing suicide to avoid the misery.

“Remember, remember the fifth of November, gunpowder, treason and plot.
I see no reason why gunpowder treason should ever be forgot!” – British nursery rhyme

The plot is remembered with bonfires and fireworks each November 5, which is known as Guy Fawkes Night, though the focus has shifted from the original treason. The name of the holiday reveals the extent to which Guy Fawkes has become synonymous with the Gunpowder Plot, possibly the largest one act of treason in English history. 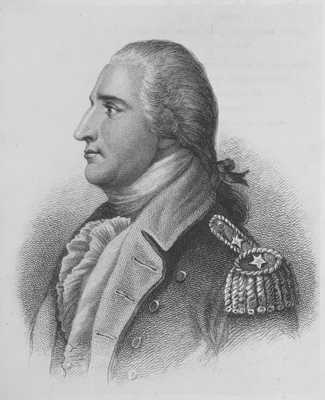 At the beginning of the Revolution, Arnold was a successful American commander: he helped capture Fort Ticonderoga and was a significant part of winning the Battle of Saratoga, widely considered to be the turning point of the war. However, Arnold was given credit for neither success, and was brought down and humiliated by his adversaries. Feeling scorned by the United States, he made a nefarious offer to the British: he would sell them West Point, a possible key to winning the war. The plot was exposed when a British spy, Major John Andre, was captured. Arnold fled and joined the British army, leading raids against the Americans. According to legend, on his deathbed in London, he regretted his treason:

“Let me die in this old uniform in which I fought my battles. May God forgive me for ever having put on another.”

However, to this day, Arnold’s name remains synonymous with traitor in American English. 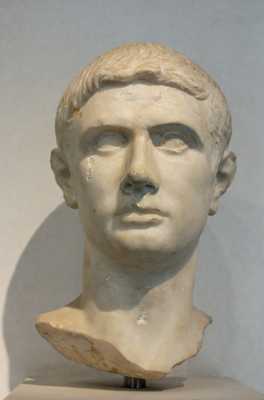 Brutus’ family, the gens Junia, was known for its hatred of tyrants; one of his ancestors overthrew the King of Rome. Once he joined the Senate, he aligned with the Optimates. During the Great Roman Civil War, he stuck by them, but Julius Caesar showed him much mercy: in fact, he ordered his officers to not struggle with him for fear of hurting him. After the war, he was restored to political office by Caesar, but was soon persuaded by Cassius to join in the most famous assassination in all of history.

While this line is probably fictional, it expresses Caesar’s emotion at the time extremely well. According to Plutarch, when Caesar saw Brutus among the assassins, he covered his head with his toga and resigned himself to his fate. Legend says that the strong feelings Caesar felt for Brutus were due to Caesar being Brutus’ father, which would greatly amplify the heinousness of the crime. While this is disputed, it is definite that the two had a very close relationship. He joins Judas and his co-conspirator Cassius in being held in Satan’s three mouths in Dante’s Inferno. 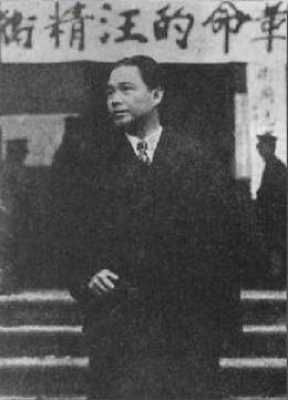 Wang Jingwei started out as a left-wing member of the Kuomintang, the Chinese Nationalist Party, in the days of the Republic. He was a close associate of Sun Yat-sen until Sun’s death. Afterwards, he struggled with Chiang Kai-shek for control of the party, but Chiang ultimately proved successful. Though disagreeing with Chiang and the party often, he stayed inside the KMT. This changed when the Japanese invaded in 1937. He accepted the invitation of the invading armies to set up a puppet government in Nanjing, which became known as the Reorganized National Government.

“Oppose Corrupt Government and Support the Reformed Nanjing Government.” – Wang Jingwei propaganda, advocating against the Republic of China and for his Imperial Japanese puppet state

Wang died in 1944, and his collaborationist regime fell after Japan’s surrender. Today, he is seen as a classic example of a hanjian, or a traitor to the Han Chinese. Like other famous traitors, his name has become synonymous with treason. 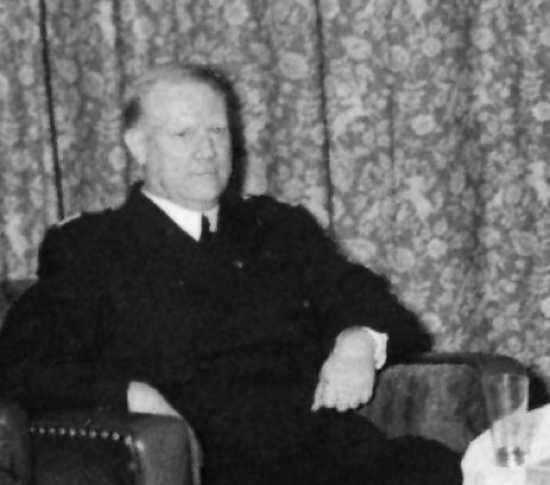 Quisling was a Norwegian bureaucrat, eventually serving as the Minister of Defense. In 1933, Quisling founded the Nasjonal Samling (National Gathering), a fascist party. The Nazis invaded Norway in 1940 and deftly deposed the Kingdom. After this, Quisling’s Nasjonal Samling was set up as a puppet government, while the Reichskommissariat (Realm Commissariat) exercised all true authority. Germany surrendered on May 8, 1945; Quisling was arrested on May 9. He was executed, but not before uttering:

Fortunately, he was wrong. Quisling’s name is still used to describe the various European puppet regimes that collaborated with the Nazis, and more generally, as a slur for any individual who seems to favor a foreign nation more than his own. 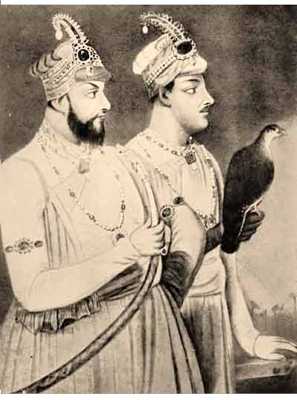 Mir Jafar was an ambitious leader under the Nawab of Bengal, Siraj-Ud-Dalah. In 1757, Robert Clive of the British East India Company made a deal with Mir Jafar, et al. They agreed to hand over the Bengali army at the Battle of Plassey in exchange for control of the new puppet state. This new puppet state, with Mir Jafar as its Nawab, paid large bribes to the Company and its officials. Two years later, Mir Jafar realized that the British were after much more: total control of the Indian subcontinent. He attempted to ally with the Danish to stop them, but this only resulted in defeat and Mir Jafar being replaced. His replacement also attempted to stop British domination, but failed and was deposed. Mir Jafar, having regained the graces of the British, was placed back on the throne until his death in 1765.

Mir Jafar was the last ruler of Bengal to have any autonomy; after his death, the British controlled the region until Pakistani independence, almost two hundred years later. Consequently, Mir Jafar and his treason against Bengal are seen as the beginning of British rule in India. He is known as Gaddar-e-Abrar, or Betrayer of the True Faith, and his name is still synonymous with treason in both Bengali and Urdu.